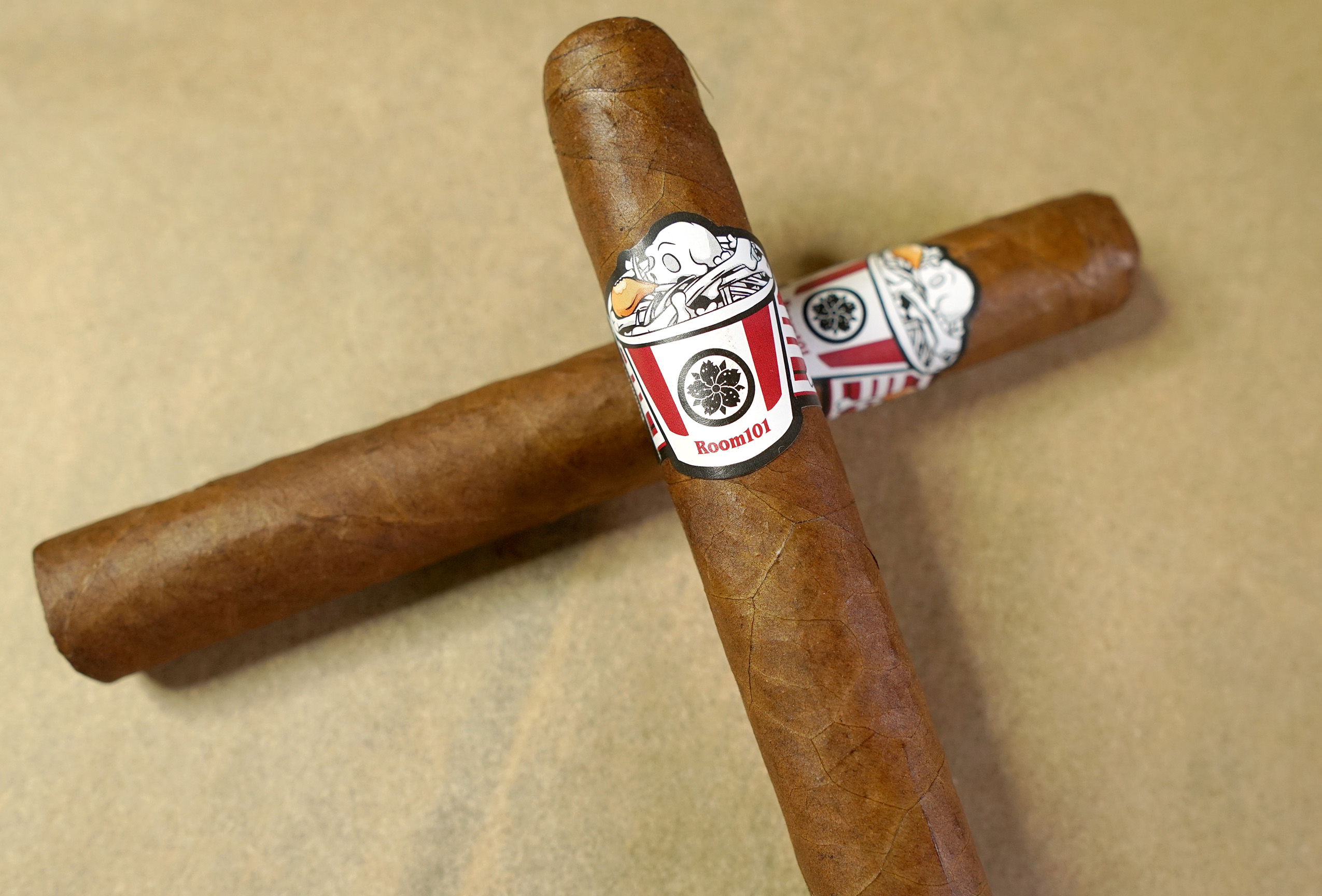 It’s not the official name of the cigar as Matt Booth says there isn’t one, but the Room101 Death Bucket is making a limited return.

It’s a cigar that dates back to 2017 and Booth’s brief hiatus from the cigar industry. After a few months away from cigar making, he began working with Henderson Ventura at Tabacalera William Ventura in the Dominican Republic, blending the cigars that would eventually lead to his return. One of the first finished cigars he created was released as a “micro drop,” sent to a group of brick-and-mortar retailers in Aug. 2018 as a thank you for their support of Room101 over the years. While it didn’t have a “solidified name,” it quickly picked up a nickname based on the imagery on the band: Death Bucket.

While Booth produced about 7,500 of those cigars in the initial run, he has made another 10,000 cigars that are intended for a limited release to five retailers across the country, a mix of brick-and-mortar and online retailers “that show Room101 love,” Booth said. The cigar is a 6 x 52 toro that uses an Ecuadorian habano wrapper, Dominican binder and Nicaraguan filler. “The blend and band were made strictly in fun for passion’s sake,” Booth said.

They are priced at $10 per cigar and offered in dress bundles of 10 cigars, with Booth saying that there is the potential for a boxed version in the future. He also told halfwheel that he is exploring the idea of doing another run of the cigars in a larger quantity that would make them available to more retailers.

The cigars are currently shipping to retailers.