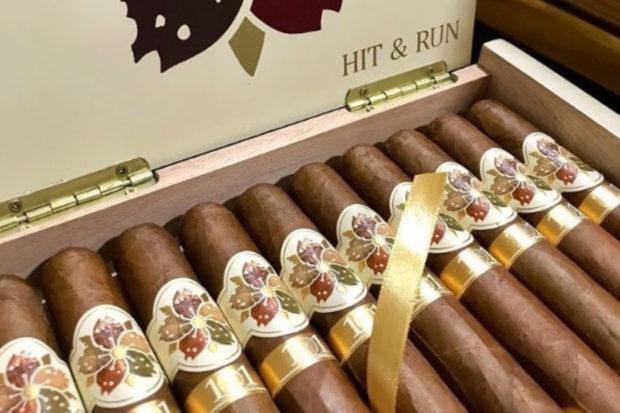 Matt Booth’s departure from the cigar industry will be short-lived.

At next week’s IPCPR Convention & Trade Show the Room101 founder will return in the form of two projects, both projects done with Robert Caldwell of Caldwell Cigar Co.

The announcement itself was initially short-lived. Yesterday, Robert Caldwell posted a series of pictures to Instagram announcing one of two projects, but quickly took them down. Earlier today, Cigar Aficionado reported on the details of the cigar.

The first is a project called Hit & Run, which is being made in the Dominican Republic at Tabacalera William Ventura. It uses an Ecuadorian habano wrapper, Indonesian binder and Dominican fillers.

The other line is called The Truth, which is being made by Abdel Fernández in Nicaragua and is a Nicaraguan puro.

When reached yesterday, both Booth and Caldwell declined to comment on specifics of the project.

In January, Booth announced that he would not be renewing his contract with Davidoff of Geneva USA and exiting the cigar industry. That partnership began in 2009 with Camacho, which was acquired by Davidoff, and extended through 2016. It was made clear at the time that Booth had retained all rights to the trademarks.