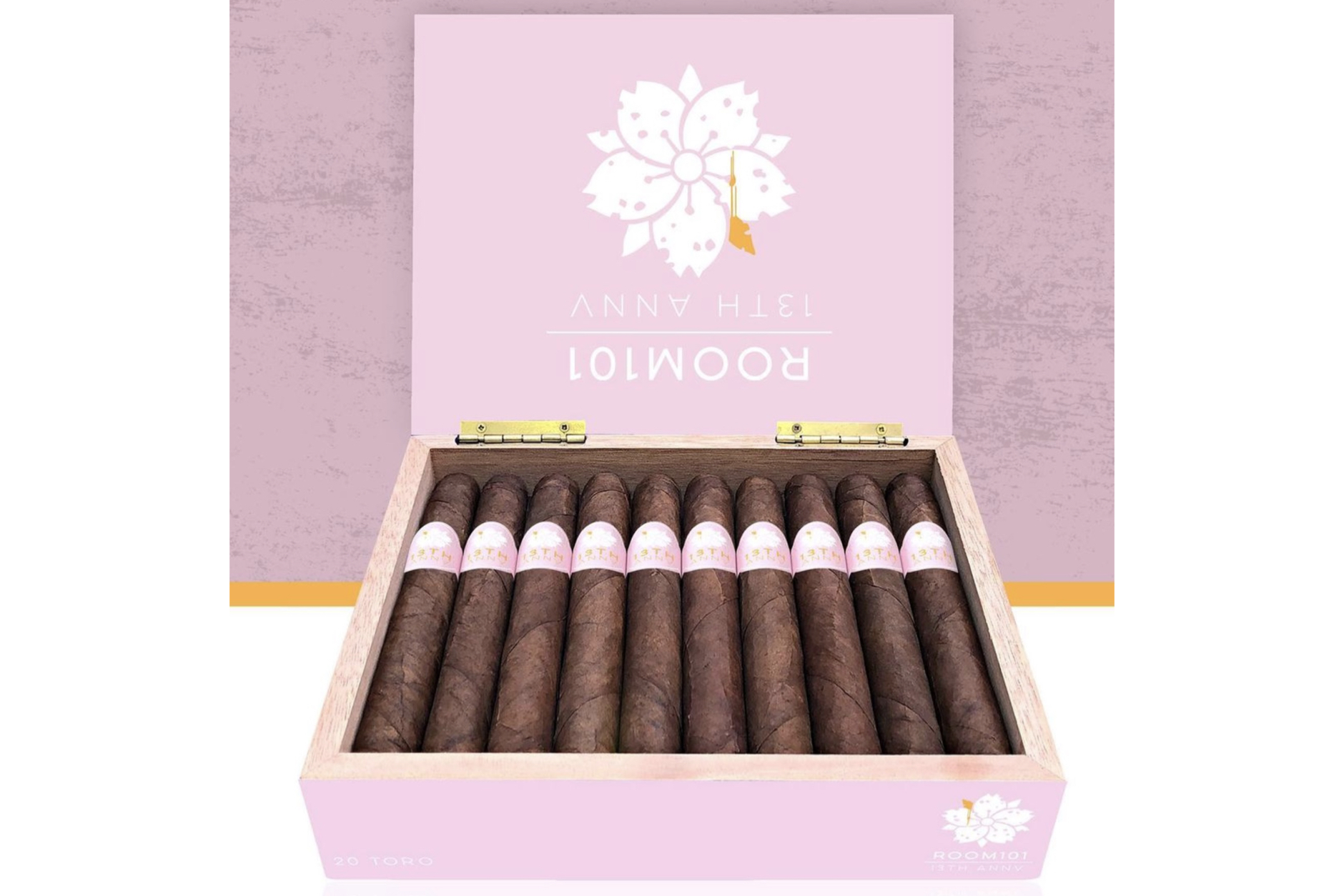 Room101 is celebrating its 13th Anniversary this year, and the cigar being released in honor of that celebration has made its way to stores.

It will be immediately recognizable by the bright pink boxes it comes packaging as well as the pink bands it wears, which earned the cigar the nickname stinky pinky from Matt Booth.