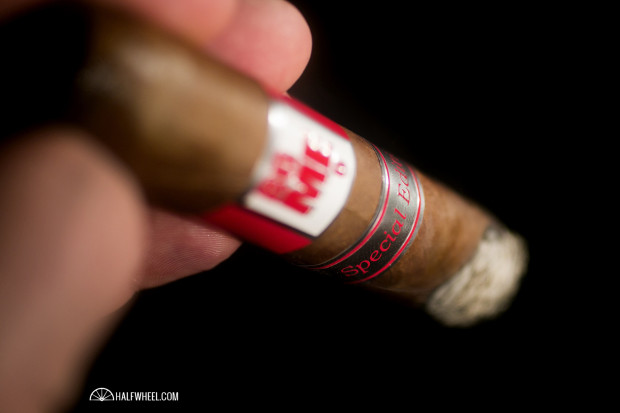 Originally introduced in 2012, the ROMEO by Romeo y Julieta blend was an addition to Altadis U.S.A.’s existing Romeo y Julieta brand featuring a different wrapper and a stronger blend compared to the normal Romeo y Julieta line. While there were initially four sizes when it launched, the line has grown to six different regular production vitolas with ring gauges ranging from 44 on the small end to 60 on the large end.

During the 2013 IPCPR show in Las Vegas, Altadis U.S.A. announced it would be producing a limited edition 6 x 60 cigar in the ROMEO by Romeo y Julieta line. Named the Gran Bully, the 6 x 60 cigar is sold in boxes of 10 and has a total production of 60,000 cigars.

We had the details of the release back in November of last year:

The cigar was shown off at this year’s IPCPR Convention and Trade Show and at the time was expected to begin shipping in September. In a situation that has become more common in the cigar industry as of late, that date was pushed back to late October with shipping finally beginning on November 13.

The ROMEO by Romeo y Julieta Gran Bully is a 6 x 60 special edition of what has become one of the brand’s showcase blends. This new vitola gets a slightly tweaked blend to add some strength, as well as extra time in the aging room to let the flavors marry before being packed into 10-count boxes. Pricing is about $112.50 per box or $11.25 per cigar, with production capped at 6,000 individually numbered boxes of ten, for a total run of 60,000 cigars. 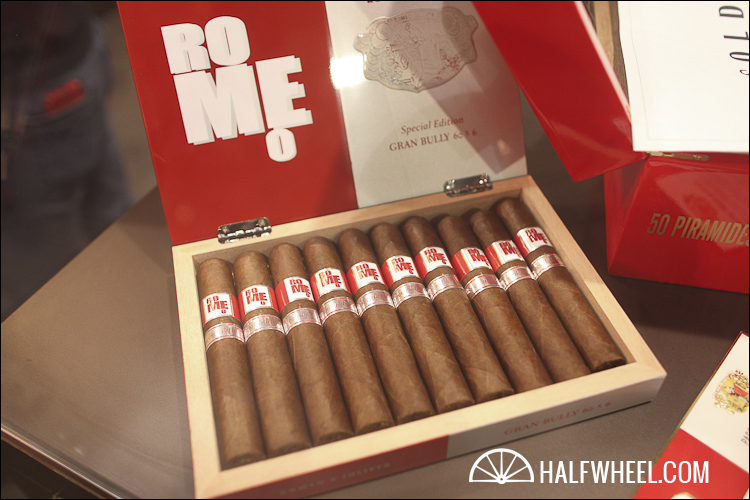 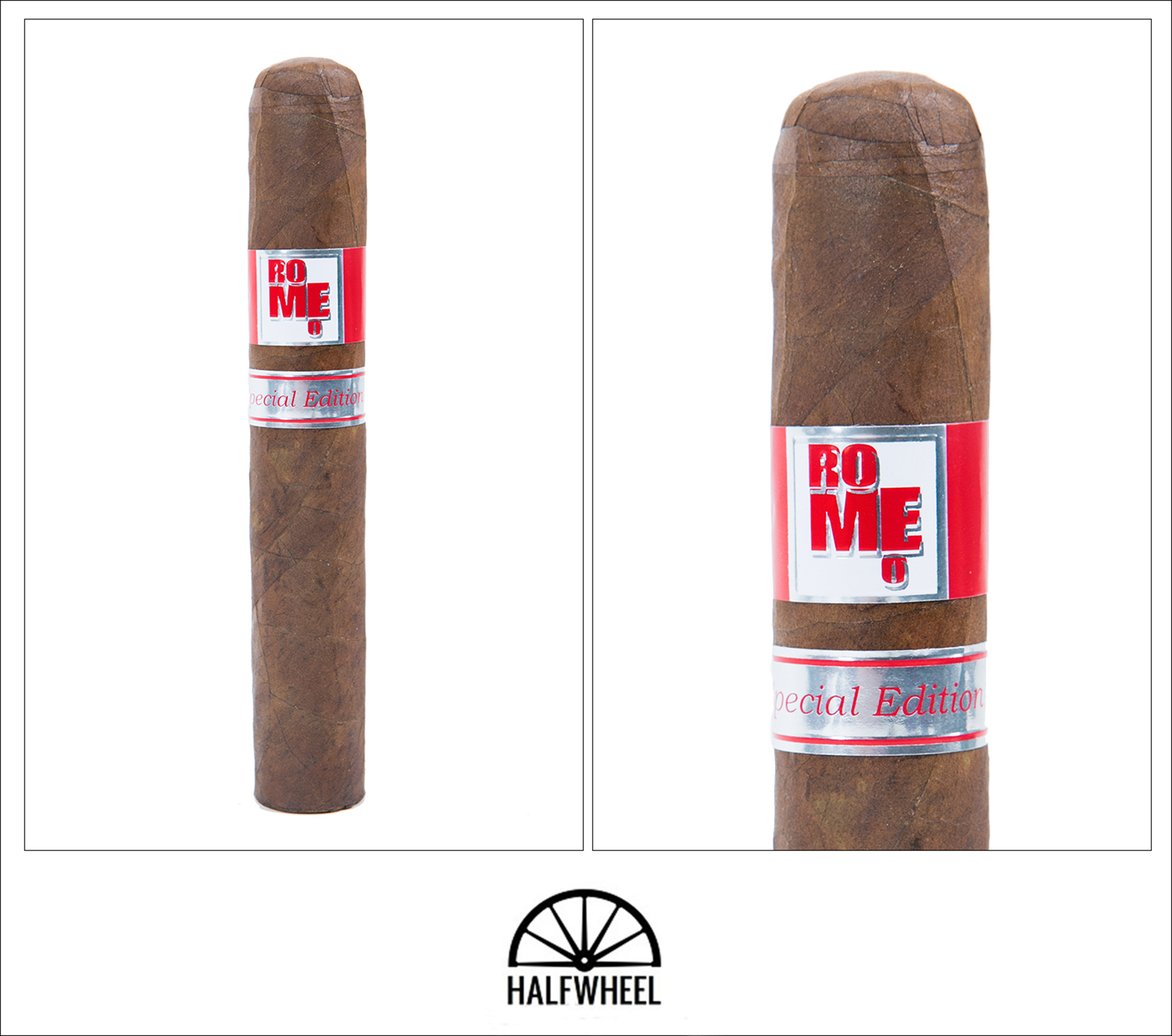 The combination of the large ring gauge and heavy weight make the ROMEO by Romeo y Julieta Gran Bully Special Edition a physically imposing cigar. The wrapper is a nondescript medium brown, smooth to the touch and sans any oil at all. It is a bit hard when squeezed, but not so hard that I think it will be a problem draw wise. Aroma from the wrapper is a combination of light wood, leather and chocolate, while the cold draw brings flavors of cedar, cinnamon and slight black pepper.

It takes a while to get it lit, but once it is, the ROMEO by Romeo y Julieta Gran Bully Special Edition burns like a champ, putting out a copious and continuous amount of dense, white smoke. The dominant flavor from the start is a lightly sweet cedar note, interspersed with earth, dark chocolate, leather and generic tobacco. I am noticing a combination of black pepper and very slight cinnamon on the retrohale that comes and goes, but there is no spice to the profile at all. Construction-wise, the draw is a bit looser than I like, although still easily within normal limits, and the burn gives me no problems whatsoever. The overall strength is fairly light so far, and ends the first third well below the medium mark. 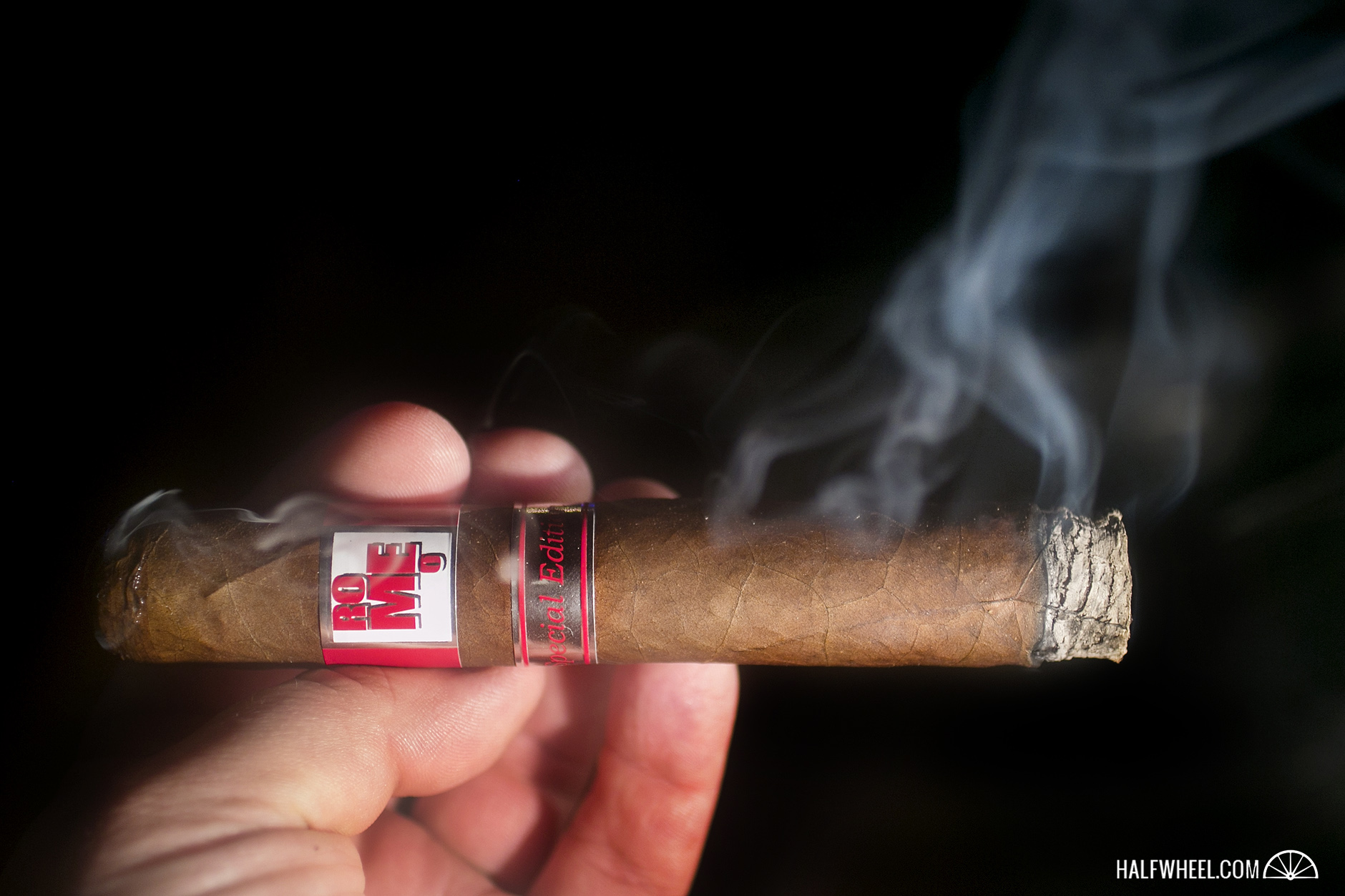 Coming into the second third of the ROMEO Gran Bully, and while the main flavors in the profile have remained the same for the most part, the sweetness that I noticed in the first third has shifted from sweet cedar to more of a maple note, although it is still not all that strong. Other notes are almost unchanged: cedar, chocolate, leather and tobacco. When it is around, the black pepper on the retrohale is a bit stronger, but it is still inconsistent. Strength-wise, the Gran Bully has increased into the medium range, but really does not seem to be going anywhere further very fast. The burn is fine, but the draw remains a bit more open than I would like. 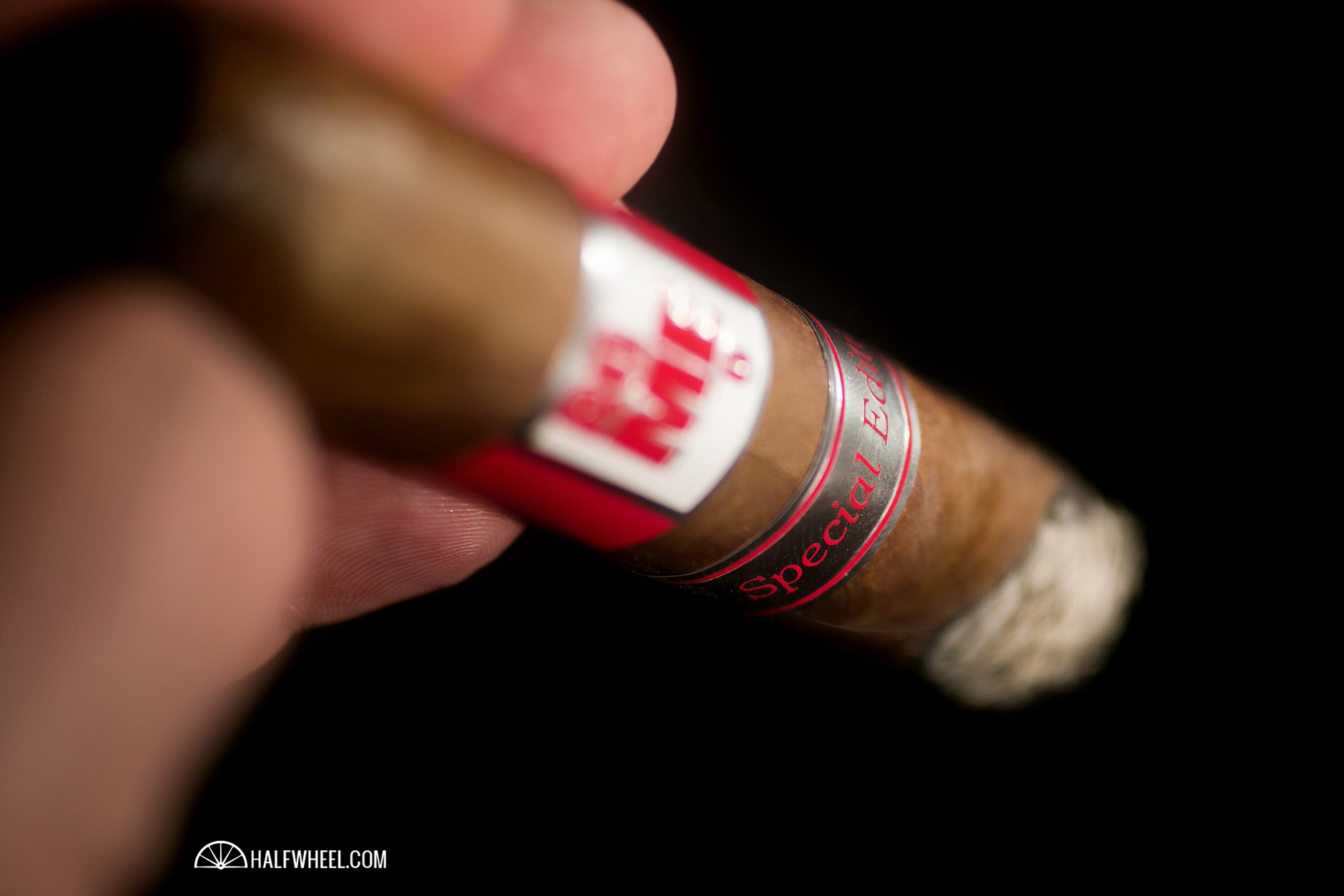 The final third of the Gran Bully offers very little change from the second third: the same mild maple sweetness, the same basic flavors of earth, leather, cedar and tobacco in the profile, and the pretty much the same amount of black pepper on the retrohale. The one change I am noticing is more smoke production, which is a feat considering there was quite a bit to begin with. The burn is still decent, although nothing spectacular, while the draw continues to be a bit looser than optimal for me. The strength ends the cigar slightly above medium, which is less than I expected considering the marketing on this blend. 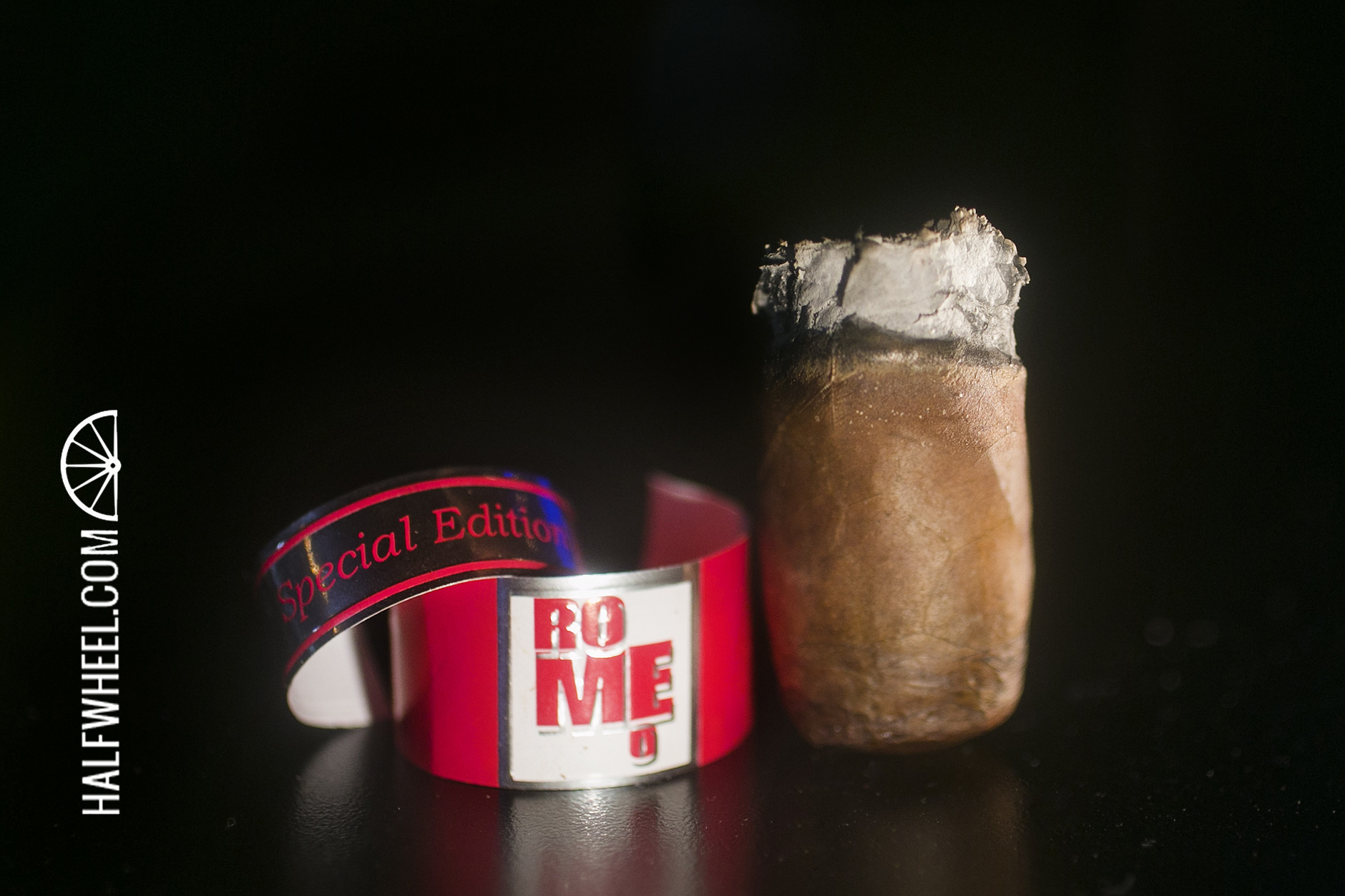 I have smoked some of the different sizes of the regular ROMEO by Romeo y Julietas before, and while I did not find them offensive by any means, the profile always left me wanting more. The ROMEO by Romeo y Julieta Gran Bully Special Edition has a bit more body than the other vitolas I have tried in the line, but the flavors are essentially the same boring stuff for the entire smoke: tobacco, chocolate, cedar, earth and a little black pepper. In fact, after comparing the Special Edition to the Torpedo side-by-side, the profile of the 6 x 60 seems almost muted in comparison. In the end, while the ROMEO by Romeo y Julieta has never been a blend I would turn to often, the regular vitolas are better than the latest offering, and offer a significantly better price point as well.