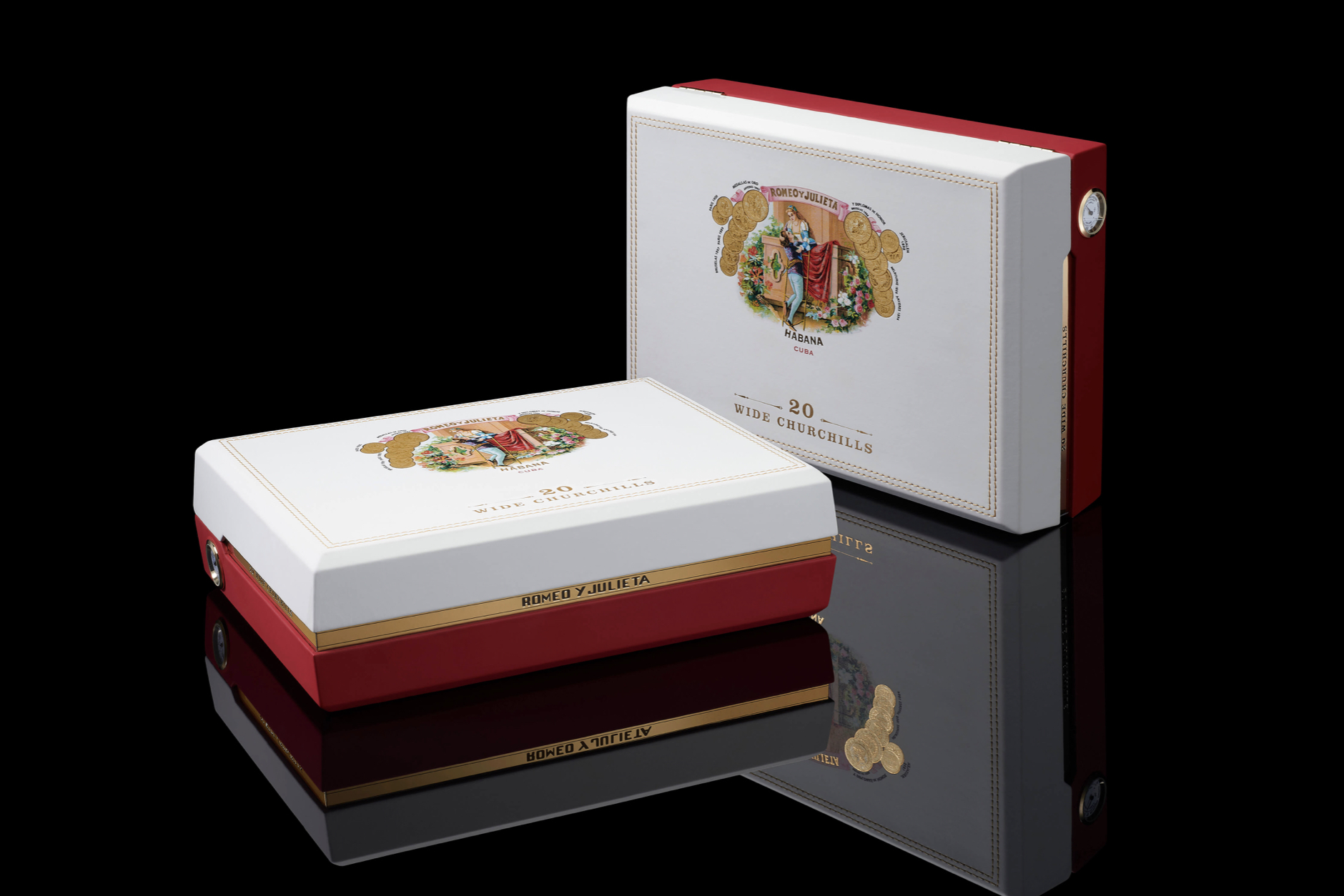 Habanos S.A. has announced the new Romeo y Julieta Wide Churchills Humidor, a new packaging option that will be sold exclusively through the duty-free and travel retail sector. The cigars inside the box are the same as the regular production Romeo y Julieta Wide Churchills introduced in 2010, meaning a 5 1/8 (130mm) x 55 robusto gordo that has become one of the marca’s signature sizes. What is new is the packaging, a humidor that Habanos S.A. describes as both elegant and practical, and which holds 20 cigars. 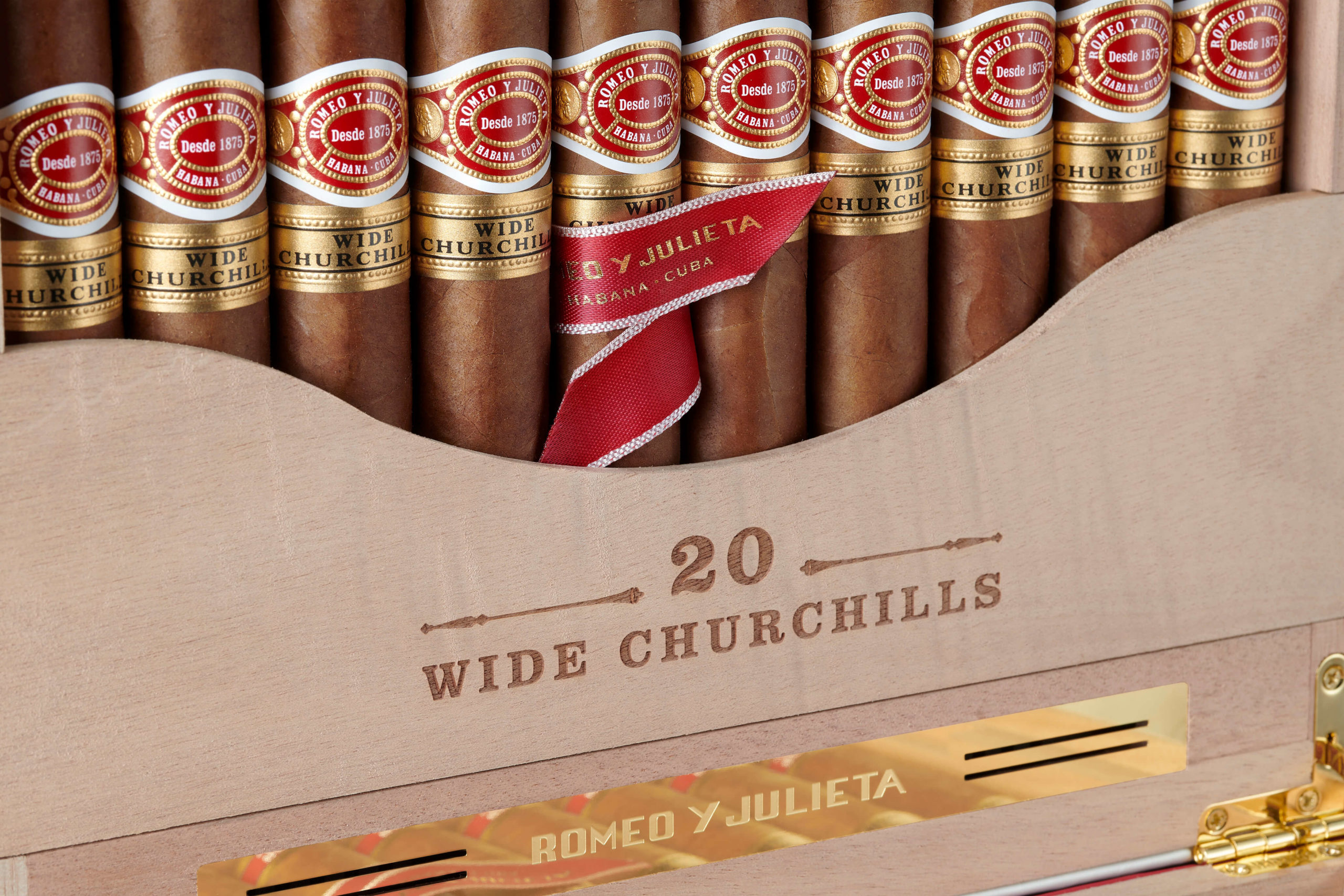 The new humidor was announced as part of the Habanos Premier, a virtual event held this week for the duty-free and travel retail sector.

A shipping date has not yet been announced. Pricing will vary from market to market. In addition to the humidor replacing the box, the cigars themselves will have a slightly different appearance. Habanos S.A. has added a foot band to the cigars sold in the humidor, something that is not found on the regular production version of the cigars.