For the next installment in the growing Romeo y Julieta line, Altadis U.S.A. is partnering with Rafael Nodal of Boutique Blends to create the ROMEO by Romeo y Julieta Aging Room.

The cigar will also bear the name of one Boutique Blends’ lines, in this case being known as the Small Batch F25. It is a Dominican puro made at Jochy Blanco’s Tabacalera Palma in the Dominican Republic using Dominican habano tobacco from the Cibao Valley. It will be produced in three vitolas, a 5 x 48 called Copla, the 6 x 54 Capriccio and a 6 x 52 belicoso named Cantaor. All will come in 20-count boxes with a price between $11.50 – $12.50 per cigar. The project is being caped at 250,000 cigars. 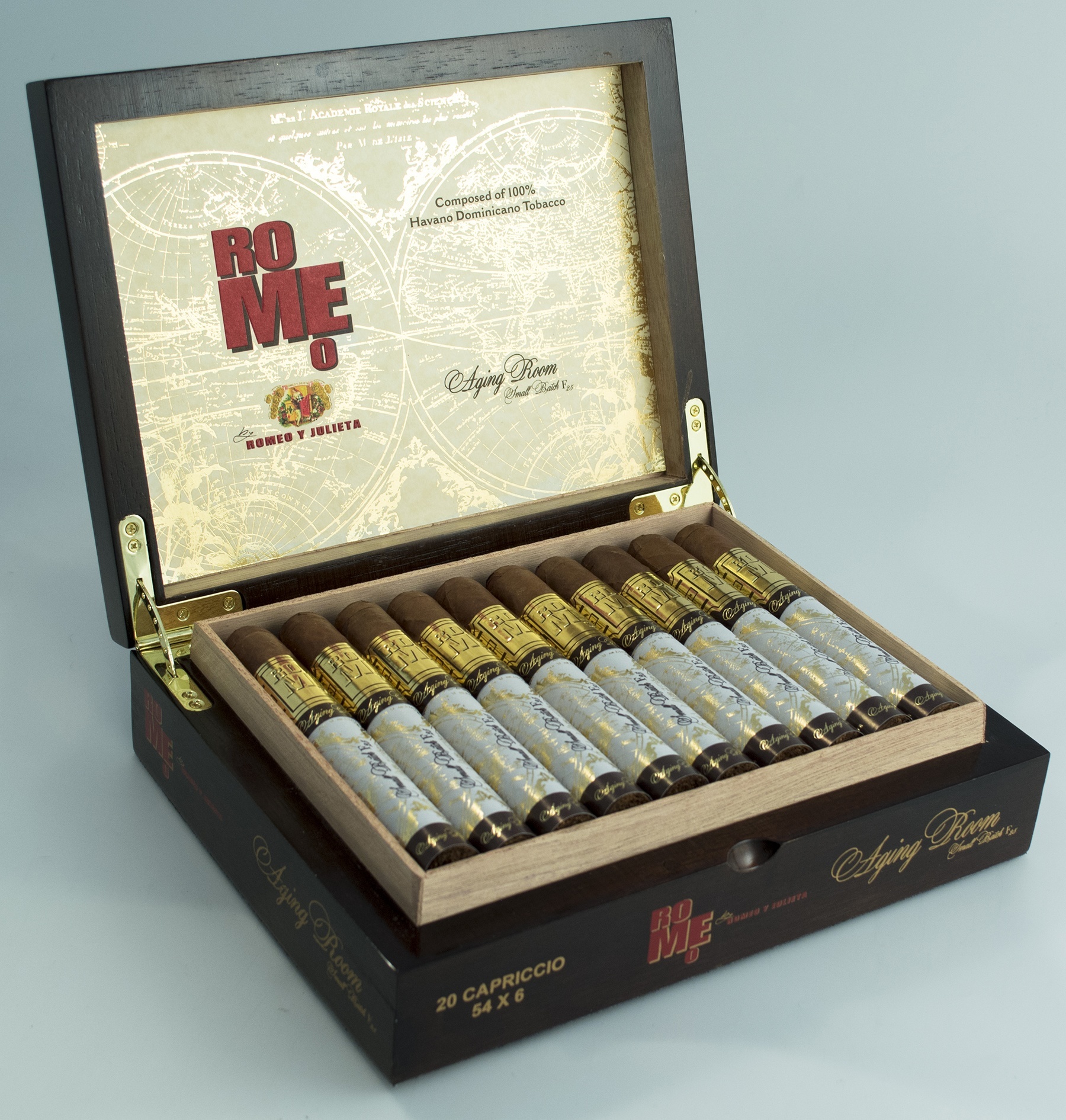 The cigars will begin shipping on May 20th and are being distributed by Altadis U.S.A.

The project was first announced in the March 3, 2015 edition of Cigar Insider.

Update (May 4, 2015) — Added new images and artwork, updated pricing and scheduled release date, all of which were received via a press release sent today. This story was originally published on March 12.