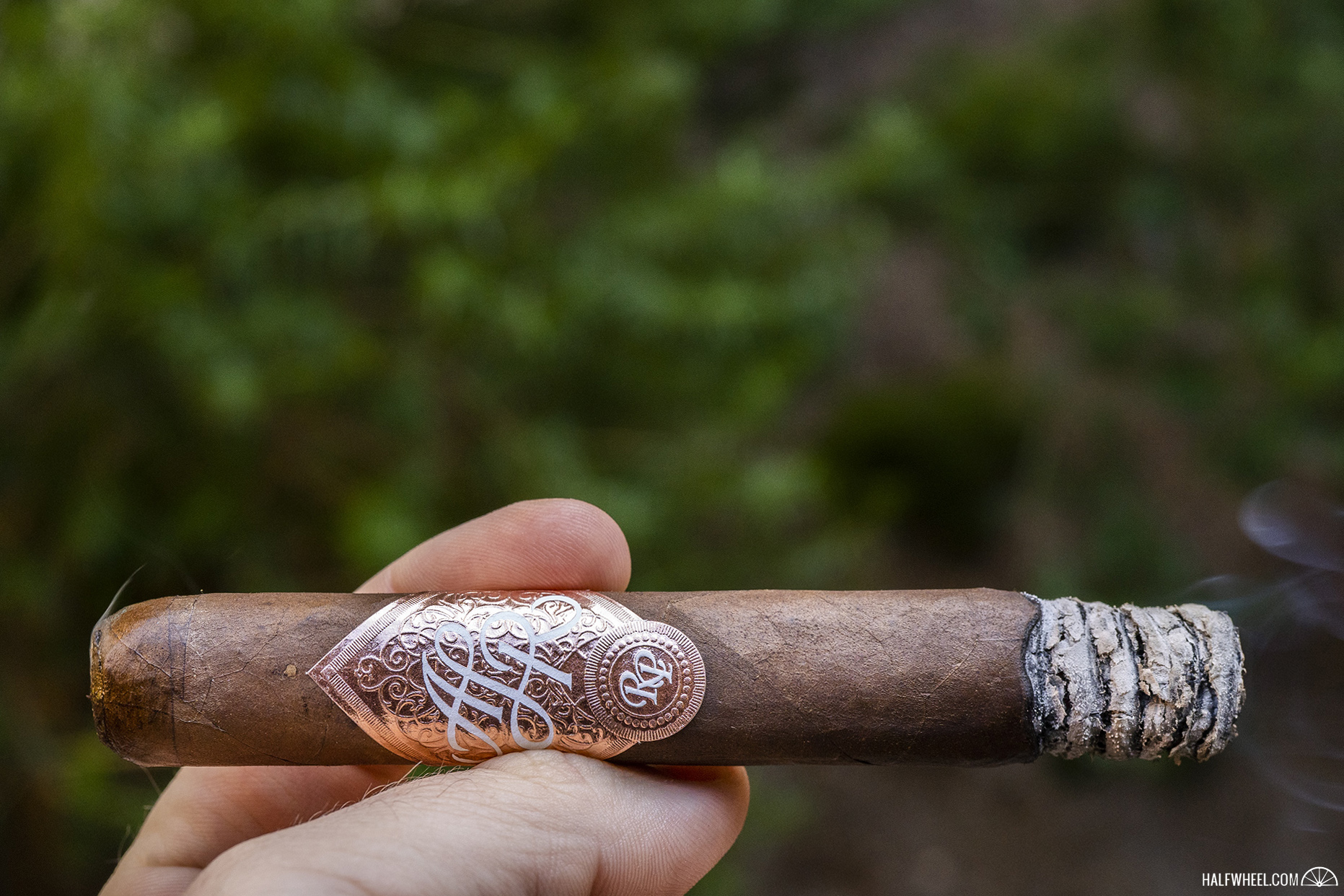 There is something refreshing when a cigar maker just comes out and calls a cigar what it is, as Rocky Patel did last year with the ALR line, which stands for Aged, Limited and Rare.

The line added its second release this year, and Patel kept it simple, simply calling it the ALR Second Edition.

There isn’t much to the backstory of the cigar, other than that Rocky Patel blended the cigars in 2016 at the TAVICUSA factory in Estelí, Nicaragua, and they have been sitting in the factory’s aging rooms until their release to retail in early October.

This, as you might notice, presents a bit of a math problem given that the cigars were said to be rolled in 2016, aged two years, and then released, though a glance at the calendar would indicate that it had been three years. But there’s a reason for that discrepancy.

“We tell everyone it’s got a minimum of two years of age,” Nish Patel told halfwheel. “Rocky wants them to have a little more than what we tell people,” he added.

As for the blend, it features a Mexican San Andrés wrapper over a Nicaraguan binder and filler, the latter coming from the company’s Estelí and Jalapa regions.

Just as with the first edition of ALR, the ALR Second Edition is offered in three sizes, each limited to 40,000 cigars: 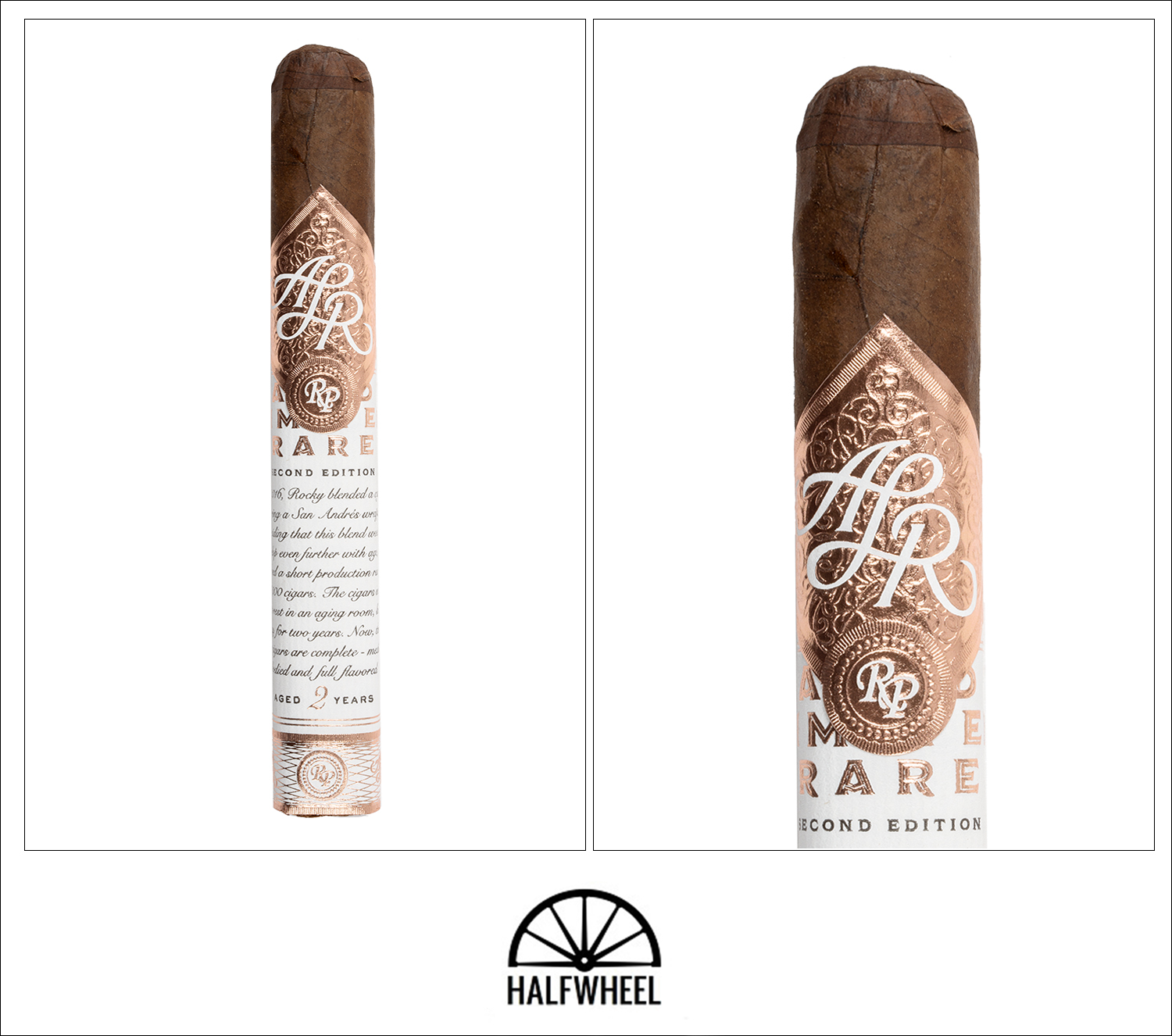 If you wanted some reading to go with your cigar, the Rocky Patel ALR Second Edition Robusto is happy to oblige, as the large secondary band that covers more than half of the robusto tells the story of how this particular smoke came to be. Depending on the sample, it’s not the easiest to remove as some don’t slide off and may have been fairly well glued, meaning you have to rip through it, which can cause some wrapper damage. Once disrobed, the cigar is found to have an earthy brown wrapper that doesn’t have a lot of oils and presents with a matte finish. Veins are small and very minimal to the eye, while the cigar offers a very dry yet smooth feel to the fingers. It gets a fairly firm box press, with the familiar firm pillow feeling that I’ve gotten from other box-pressed cigars in the company’s catalog. The foot of the cigar is fairly light at first sniff but shows a fair amount of pepper not long after, while the aroma is rounded out by sweet bread and an almost floral aroma, while wood contributes a dry note. The cold draw is nearly ideal in terms of air flow, while the flavor reminds me of a light Armagnac without the alcohol, as notes of candied orange and caramel gloss over the tongue with just a bit of pepper and wood on the tail end.

The Rocky Patel ALR Second Edition Robusto starts out fairly mellow and relaxed, offering just a touch of earth and cocoa powder as grounding notes while some light pepper brightens up the other end of the spectrum. One sample bucks that trend and amps everything up a bit, but not to the point of being shockingly strong or flavorful, while another amps up the cocoa into Hershey’s chocolate syrup. Just shy of the one-inch mark I begin to get a bit of irritation from the first cigar right at the peak of my throat, though it’s not a regular occurrence among the three samples. As the flavor progresses, I get a bit of dense cake donut or coffee cake, but without the sweetness of the latter. It also provides a stage for some baking spices start to come in and join the now fairly light cocoa powder from earlier. The technical performance is quite good, with my only note that the first sample is burning rather quickly.

After the change that the ALR showed around the one inch mark, the profile stays fairly consistent, carrying over into the start of the second third. There’s a bit of nuttiness emerging and a few puffs that suggest baking spices, but they are pretty subdued. While I wouldn’t call the profile creamy, there is a continued softening of the flavors that has me thinking of the mellowing effects of dairy. Around the midpoint, the ALR strays a bit towards chalk and just a touch of mineral, which for now are decent components of the terroir, but I do worry they might get out of balance at some point. Meanwhile, the pepper has begun to reemerge in the profile, though it is still very much on the leash, particularly in the case of one sample that has a simple syrup sweetness that weaves through the profile. It feels like the draw is beginning to tighten up just a bit as the burn line approaches the final third, which is a good thing in the case of the first sample as a fuller, rounder smoke develops and allows the profile to make a more complete impression with each successive puff. The cigar burns quite well otherwise. 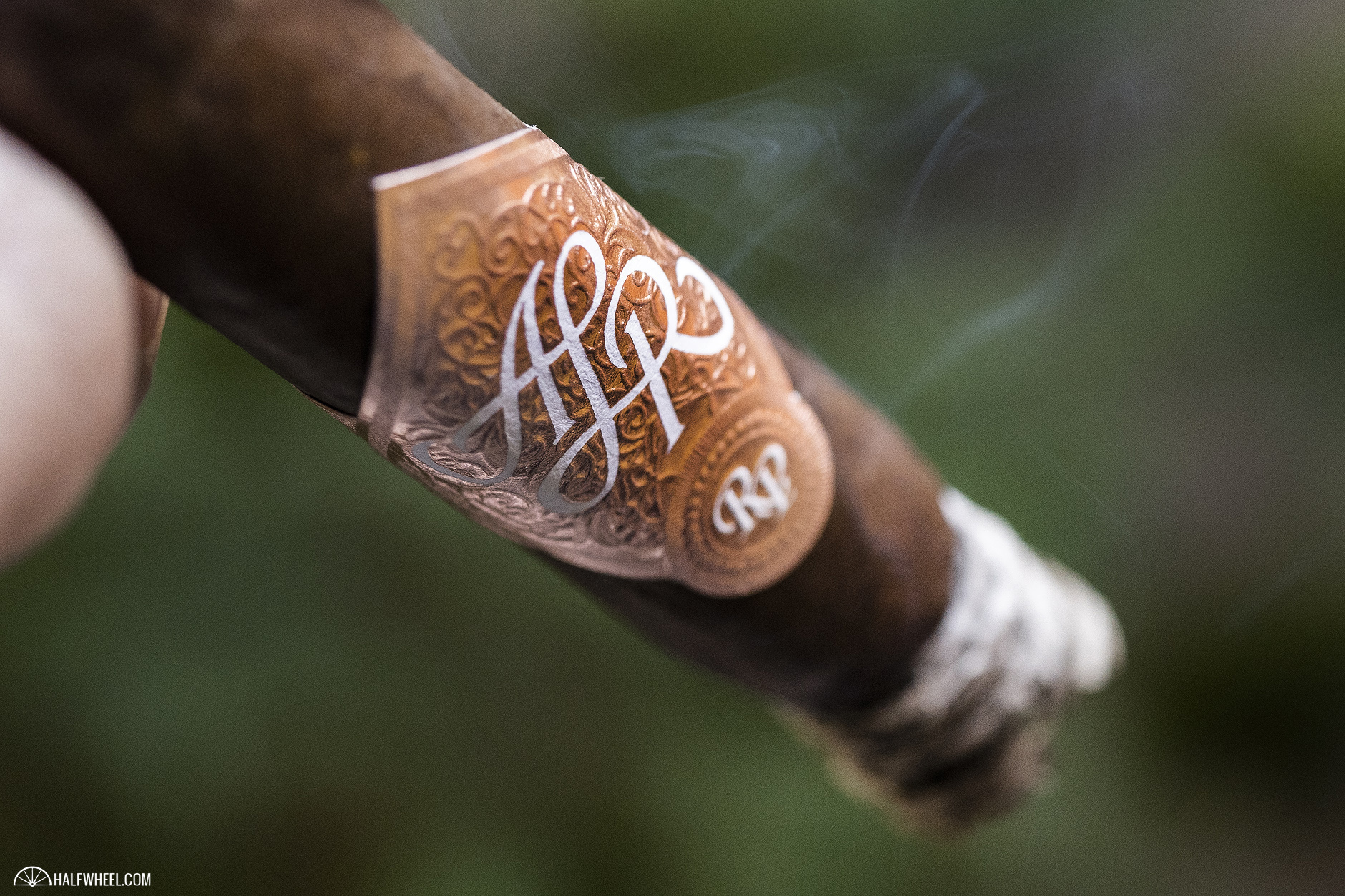 The slightly firmer draw and denser smoke brings a number of rewards for the palate as the Rocky Patel ALR Second Edition Robusto enters its final third, as there’s cocoa powder, a bit of oak, balanced pepper and just a bit of the kind of sweetness you’d expect from a Cognac or Armagnac all begin to come together. It’s a high point for the profile and one that has me wondering not only where it has been to this point but why it was being held back. Similarly, the retrohale hits a pretty high point as well, as the pepper brightens up and adds a bit of sweet cedar. There’s still a bit of lingering tingle from the white pepper, which has a slight chalkiness to it that leaves a bit to be desired, though it’s not enough to detract from the profile. That is, until the cigar embraces them more than the notes that started the final third, and lets them dominate the final inch or so, giving the cigar a slightly rougher and more irritating finish. Fortunately, there is some creaminess that has joined the profile in earnest for its benefit as the cigar begins to eye its conclusion. Even with some issues with the flavor, there are none with the construction as the cigar maintains a sharp and even burn line, good draw and plenty of smoke production until the very end. 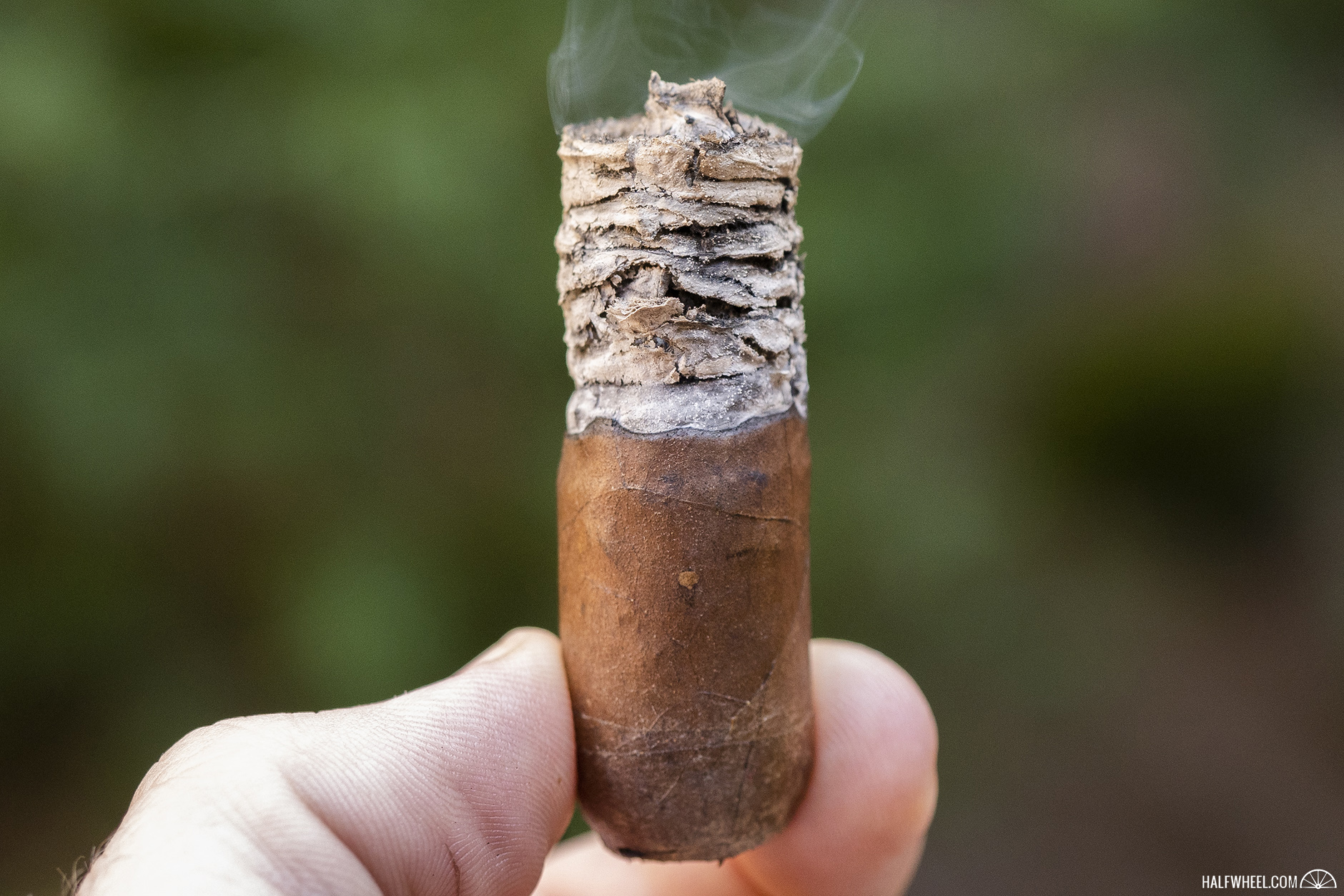 In the cigar world there is no guarantee that being aged, limited, and/or rare will make a cigar any good, but in the case of the Rocky Patel ALR Second Edition, the combination seems to have worked fairly well. While there are some spots where the flavor gets a bit off, for the most part it is a smooth progression from start to finish as flavors get woven together with good balance and complexity, rarely letting any particular one dominate the profile. The technical aspects were incredibly solid as well across all three samples, never needing a touch-up or causing any concern. This is a solid second entry in the ALR line and one that is worth lighting up.