During this year’s IPCPR Convention & Trade Show, the Rocky Patel debuted the first in a new line dubbed ALR, which stands for Aged, Limited & Rare. According to the company, Patel began working on the blend at the company’s TAVICUSA factory in Estelí, Nicaragua about three years ago, finally ending up with a cigar featuring an Ecuadorian habano wrapper covering a binder and filler made up of Nicaraguan tobacco.

“I remember in early 2015, there was this blend I kept coming back to” said Patel in a press release. “I was down in the factory working on new brands, and this one fulfilled an idea we had – maturing fully rolled cigars for greater complexity.”

However, instead of releasing the new blend immediately, Patel decided to age the batch of 100,000 cigars for an additional amount of time, until they were deemed ready to release. The total production of the limited edition line is limited to 1,500 boxes of 20 for each of the three vitolas, while the final 10,000 cigars are being held back for Patel himself as part of his personal reserve.

The Rocky Patel ALR was released in three different sizes. The Rocky Patel ALR Robusto features a rustic, dark espresso brown wrapper that just a bit of tooth but almost no oil at all that I can see. There are a couple of prominent veins present and the cigar is very close to rock hard when squeezed with a minimal amount of give. The aroma from the wrapper is a combination of dark fruit sweetness, black pepper, leather, barnyard, wood chips, hay and milk chocolate while the cold draw brings flavors of dank earth, oak, floral, yeast and a touch of spice on my tongue.

Starting out, the Aged, Limited and Rare has a dominant cedar flavor, interspersed notes of hay, leather, buttered popcorn, raisins and cherry sweetness. There is some creaminess on the finish as well as some slight black pepper on the retrohale, but neither are really strong enough to impact the profile all that much at this point.  Both the draw and the burn are excellent out of the gate, while the smoke production is massive off of the foot. Strength-wise, the ALR Robusto starts off fairly mild, and although it does increase noticeably, it fails to make it much close to medium by the time the first third comes to an end. Although cedar remains the dominant flavor during the second third of the Rocky Patel Robusto, the cherry sweetness from the first third increases considerably, easily becoming strong enough to add a bit of complexity to the overall profile. Other flavors of creamy leather, black licorice, hay, bread and slight espresso bean bitterness flit in and out, and every once in a while I pick up a small amount of lemon citrus on my lips. Smoke production is still well above average, but the burn has started to take a turn for the worse forcing me to touch it up a couple of times, while the draw remains excellent. The overall strength has increased, hitting a point very close to medium by the end of the second third. 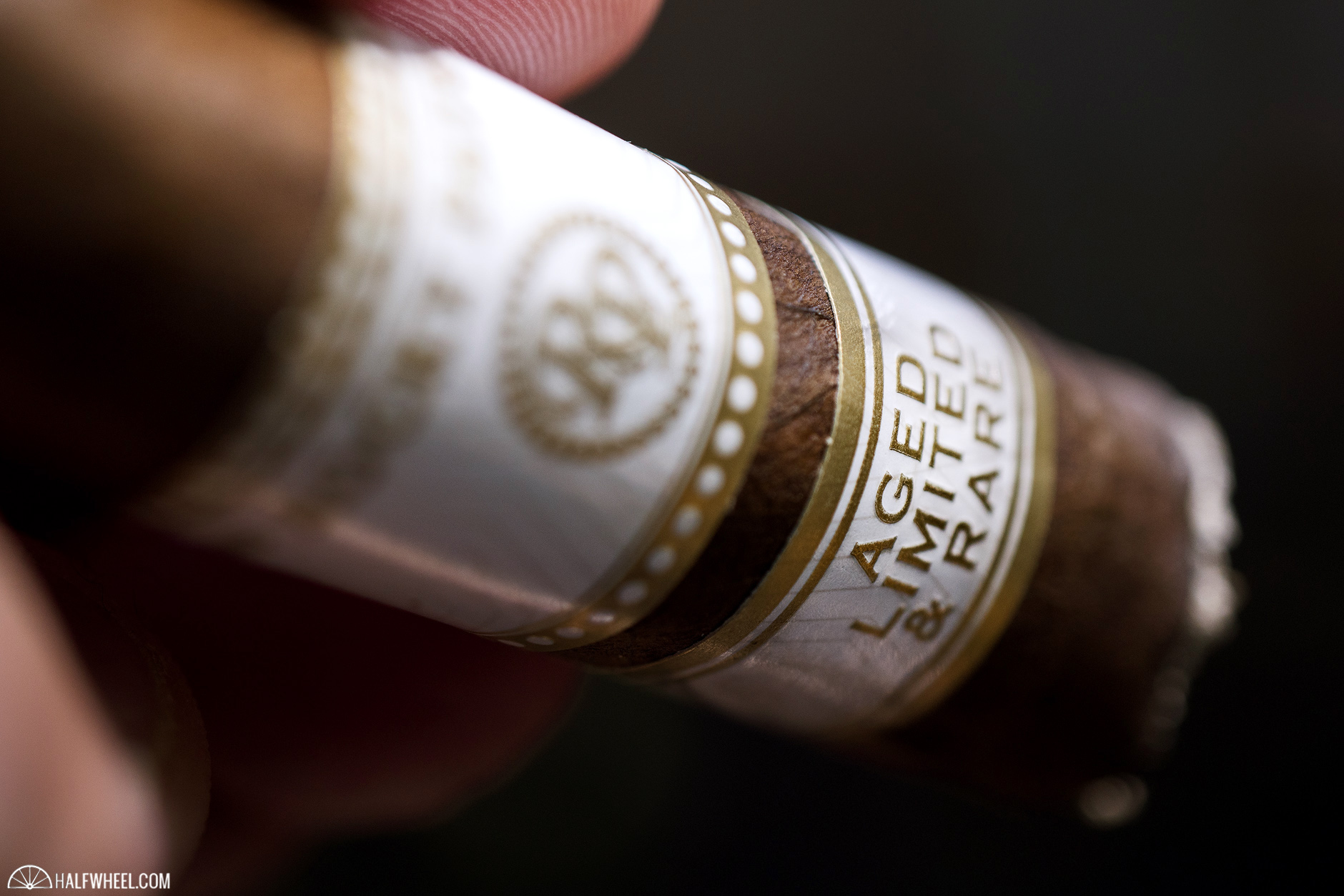 Unfortunately, the cherry sweetness that was present in the first two thirds of the ALR Robusto drops off a cliff in the final third, while the cedar note continues to be the dominant flavor, followed by other notes of freshly roasted coffee beans, leather, bitter cocoa nibs, tree bark and black licorice. In addition, both the spice on my lips and slight black pepper on the retrohale from the previous two thirds are still present, albeit noticeably reduced from their high points around the start of the second third. Construction-wise, the draw is as good as ever while the burn has evened up nicely, and the smoke production is still extremely dense off of the foot. The overall strength finally hits a solid medium by the time I and done—with one sample going slightly above that—and I put the nub down with less than an inch to go. While not the most complex of profiles, there is one word that kept popping into my mind as I smoked the Rocky Patel ALR Robusto: smooth. The profile is smooth as silk, with just a touch of spice and pepper—on the lips and retrohale respectively—to make sure that it does not get too monotonous. Although there was a nice cherry sweetness present in the first and second thirds of each sample, it did not stick around, and the blend could have used more to help with the complexity. Having said that, the construction was extremely good and the balance was consistently phenomenal, making this a great choice for when you want to enjoy a cigar without having to worry about what you are going to get.