When it comes to luggage, there are two brands that stand above all else.

One is Louis Vuitton, the French fashion house originally started as a company originally making flat luggage trunks, an innovation for the mid 19th century. While that brand has greatly expanded itself to other products, the other company is still making luggage and pretty much just luggage: Rimowa.

Pronounced Ree-mow-vah, the German luggage manufacturer began in 1898, but didn’t get its big break until 1937 when it created the first aluminum luggage trunk. Since then, Rimowa has become synonymous with aluminum luggage. In 1950 it created the first aluminum suitcase with grooves, the basis of how the iconic products look today.[ref]LMVH, parent of Louis Vuitton, actually bought Rimowa last year.[/ref]

While the company has introduced polycarbonate luggage and some basic accessories like phone cases, it is known really for one thing: aluminum luggage. Outside of standard luggage, it does make three other products out of aluminum as part of its Gourmet Series: a champagne box, a wine case and this travel humidor.

From the outside, the Rimowa Travel Humidor is very a miniature version of the company’s iconic luggage. It reminds me slightly of a Rimowa amenity kit, though I don’t believe any airline offers them in aluminum. It’s 9 3/4 x 6 1/2 x 2 9/10 inches and weighs 2.2 pounds with the included humidity element.[ref]Rimowa’s official listings are 9.8 x 6.7 x 3 and 2 pounds. I suspect that Rimowa included the latch for one measurement and perhaps didn’t include the humidifier for the weight discrepancy.[/ref] 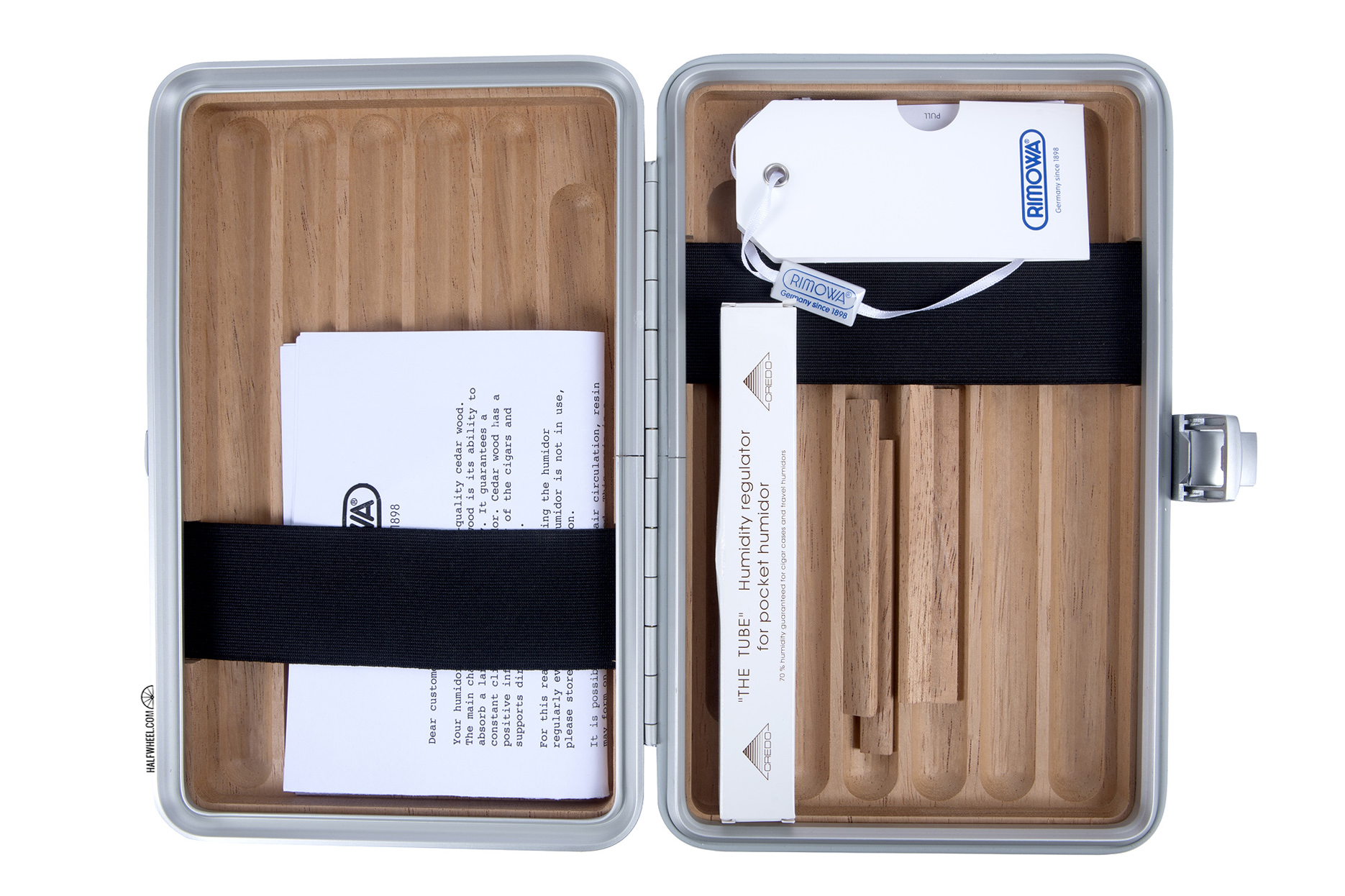 While much of Rimowa’s luggage is made in America, this is made in Germany. Country of origin aside, Rimowa’s quality is legendary. The humidor is no exception with the finish being impeccable and the presentation being what you would expect for the brand. That being said, the aluminum does flex a bit. It’s aluminum, not solid steel, so it’s not surprising, but if you are expecting something that has the consistency of a brick, you will be disappointed.

It opens via a latch on the front to reveal a Spanish cedar interior with 12 grooved slots. Ten of those run about 9 1/2 inches long, while two are shorter. The 10 larger ones are designed for cigars, while the two shorter ones are made for the included humidifier. 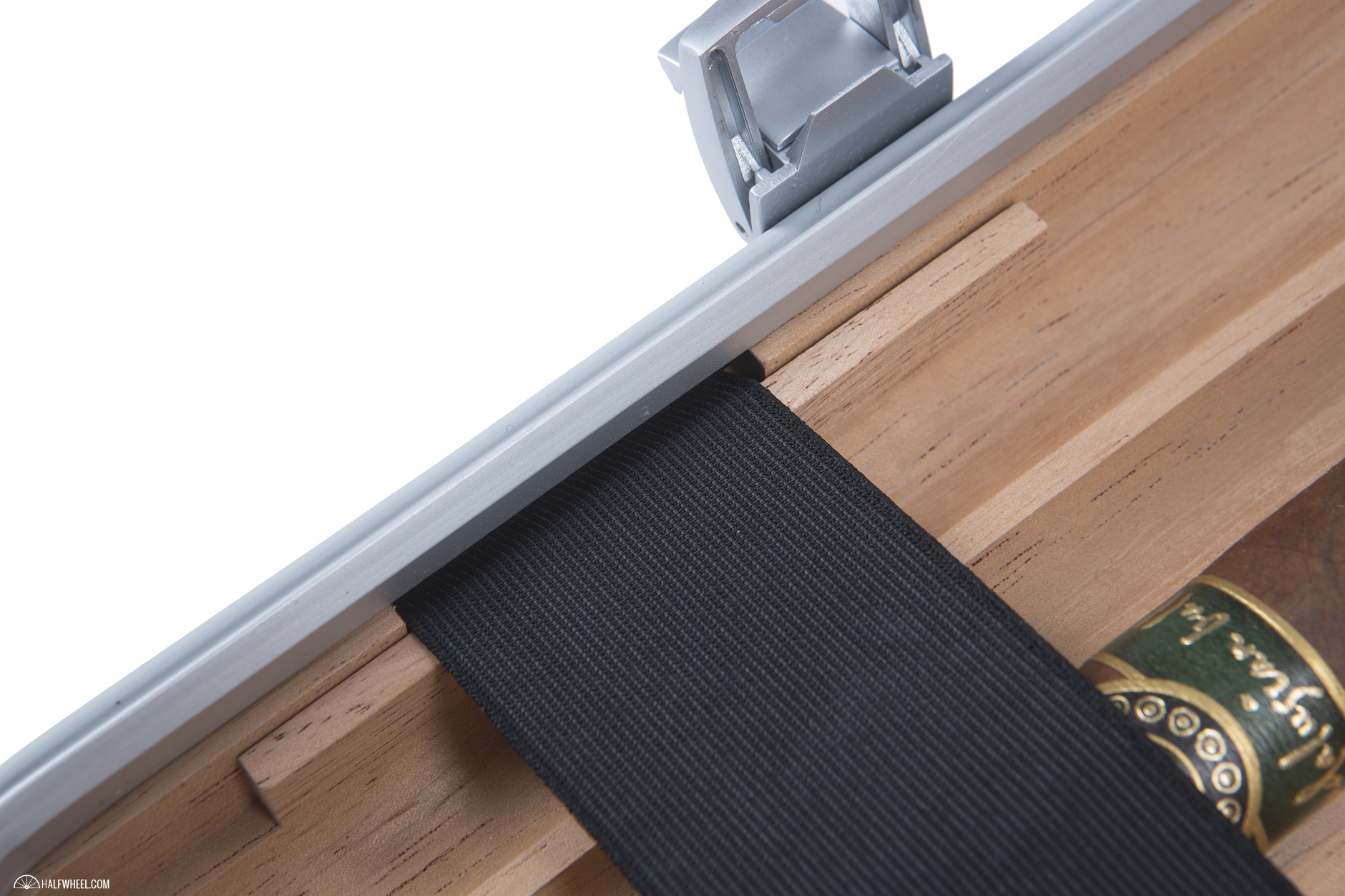 Cigars are held into place by an black elastic strap. Interestingly, Rimowa includes four small rectangular blocks that are designed to be placed underneath the elastic band to help raise it up in the event you need to store larger ring gauge cigars. In my experience, the blocks weren’t necessary until a 55 ring gauge was placed inside the humidor.

As for the humidifier, it’s made by Creedo and comes in a tube that looks like a panatela. It uses floral foam and the instructions call for it to be recharged with Creedo Special Care Solution, a diluted propylene glycol mixture, every six months. Humidity is released via small holes in the humidifier. One thing I do appreciate is that it’s a tube within a tube, meaning it would be much more challenging for any excess moisture to get on the humidifier. 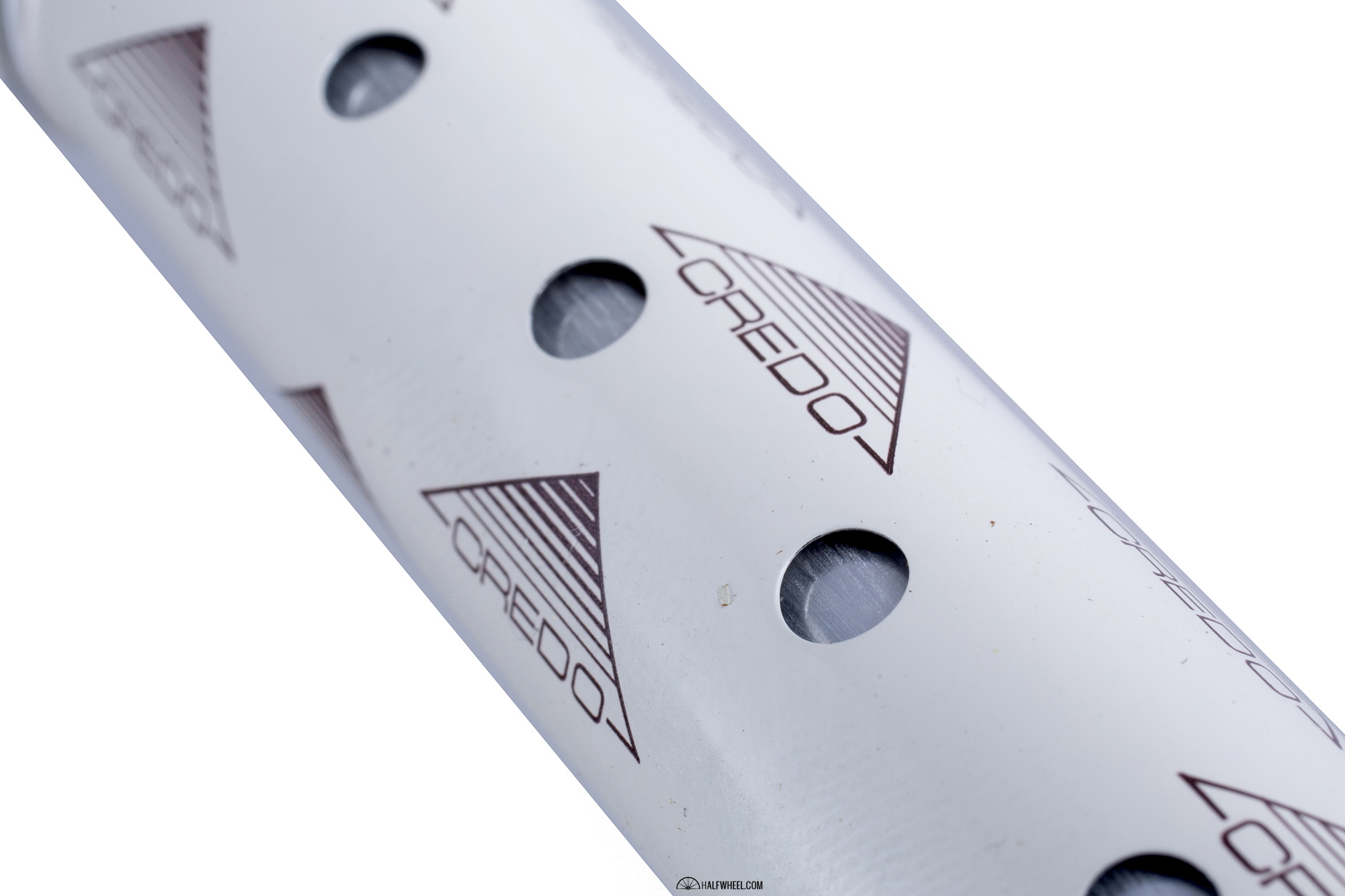 I’ve used the Rimowa Travel Humidor for just over three months as my daily travel humidor. That means it goes into my backpack everyday and gets thrown around a bit. It certainly doesn’t look as it did new, but the scratches aren’t obvious until you get within a few feet of the humidor. There are no dents in the aluminum, though I haven’t tried to hit it with a hammer or anything beyond normal use.

The humidor is a bit larger and heavier than the Armored Humidor, a Pelican-style case, that I normally travel with. That being said, it’s a slightly larger 10-count humidor and a bit easier to manage than the XIKAR Cigar Locker that I had been using right before this review. 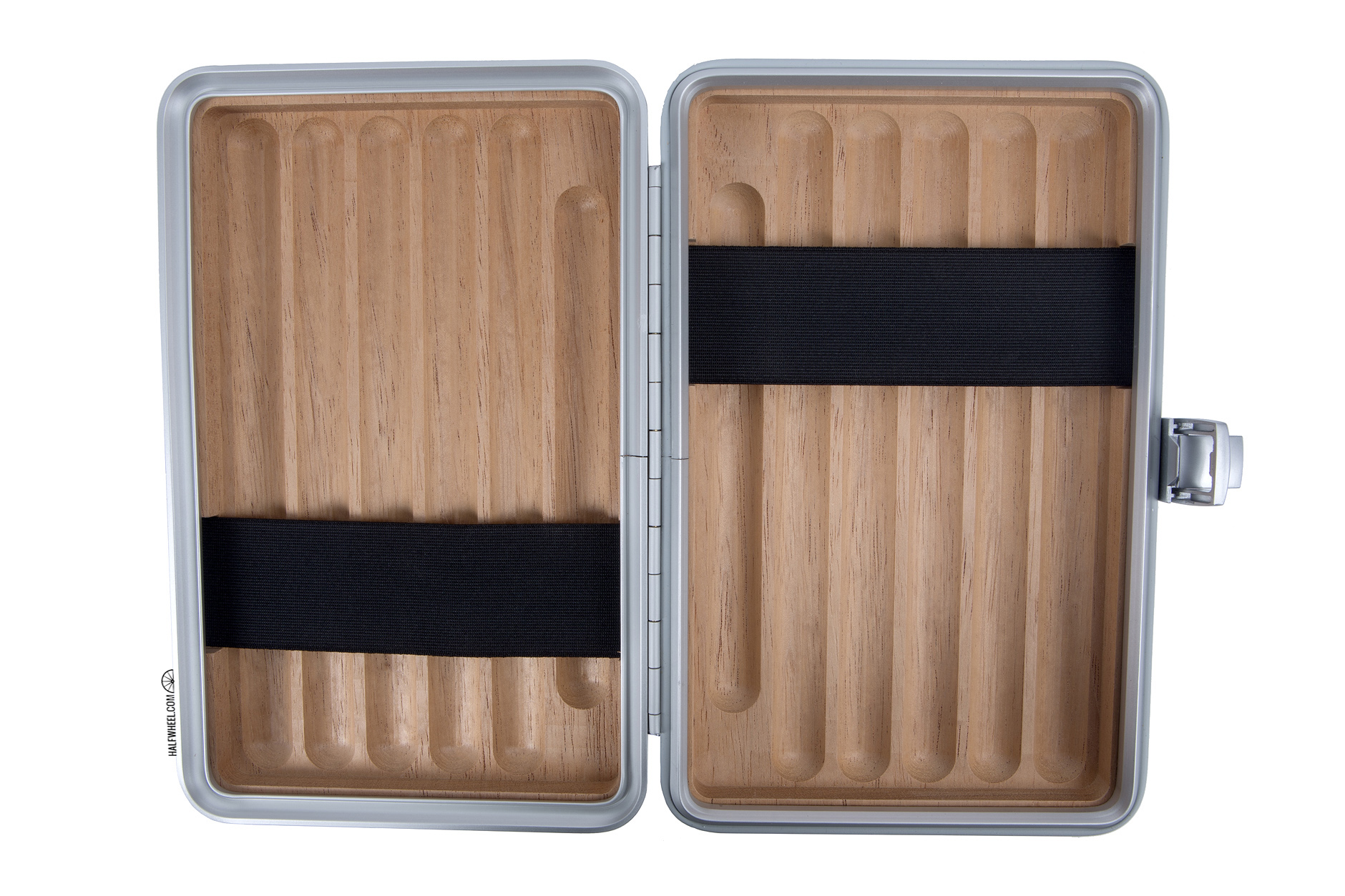 Rimowa’s instructions recommend not keeping cigars in its Travel Humidor for longer than 14 days. It’s something that I would generally agree with, for one reason: the Creedo humidifier. While Creedo is regarded as having one of the superior floral foam devices, it’s still not a great technology.

In my time, I saw relative humidity as high as 72 percent. Given this is a travel humidor and the cigars stored inside are either being transported back to your main humidor or about to be smoked, you probably want lower than average humidity. 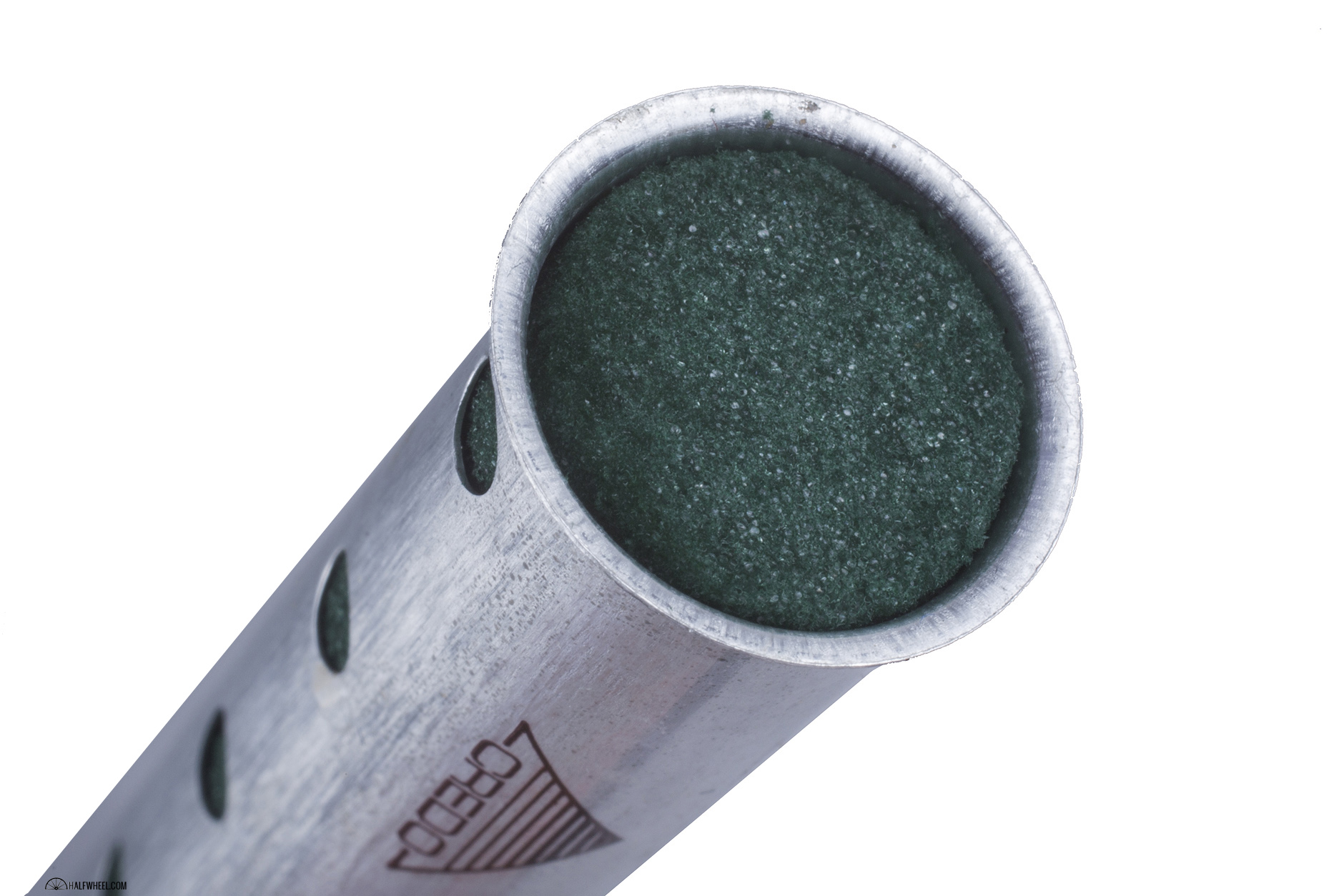 Accidentally, that’s what the Creedo gave me. At some point the Creedo unit went dry and began no longer providing humidity. Given that it’s winter and the air is dry, that meant for about a month my humidor was dry. Now, it’s not the end of the world, rarely did a cigar spend 48 hours in my travel humidor, but the relative humidity inside the Rimowa humidor was around 51 percent.

Furthermore, it wasn’t particularly easy to get the humidity back up. Because the travel humidor uses actual Spanish cedar, it seems likely the wood has dried out. As such, I had to spend a month with the humidor empty while I tried to reseason the wood. And yes, given that this is actual Spanish cedar inside, you will need to season it just as you would a traditional humidor before using it. For those wondering, I didn’t really have to season the humidor. It was much wetter outside, though I did give it two weeks before I started using it. 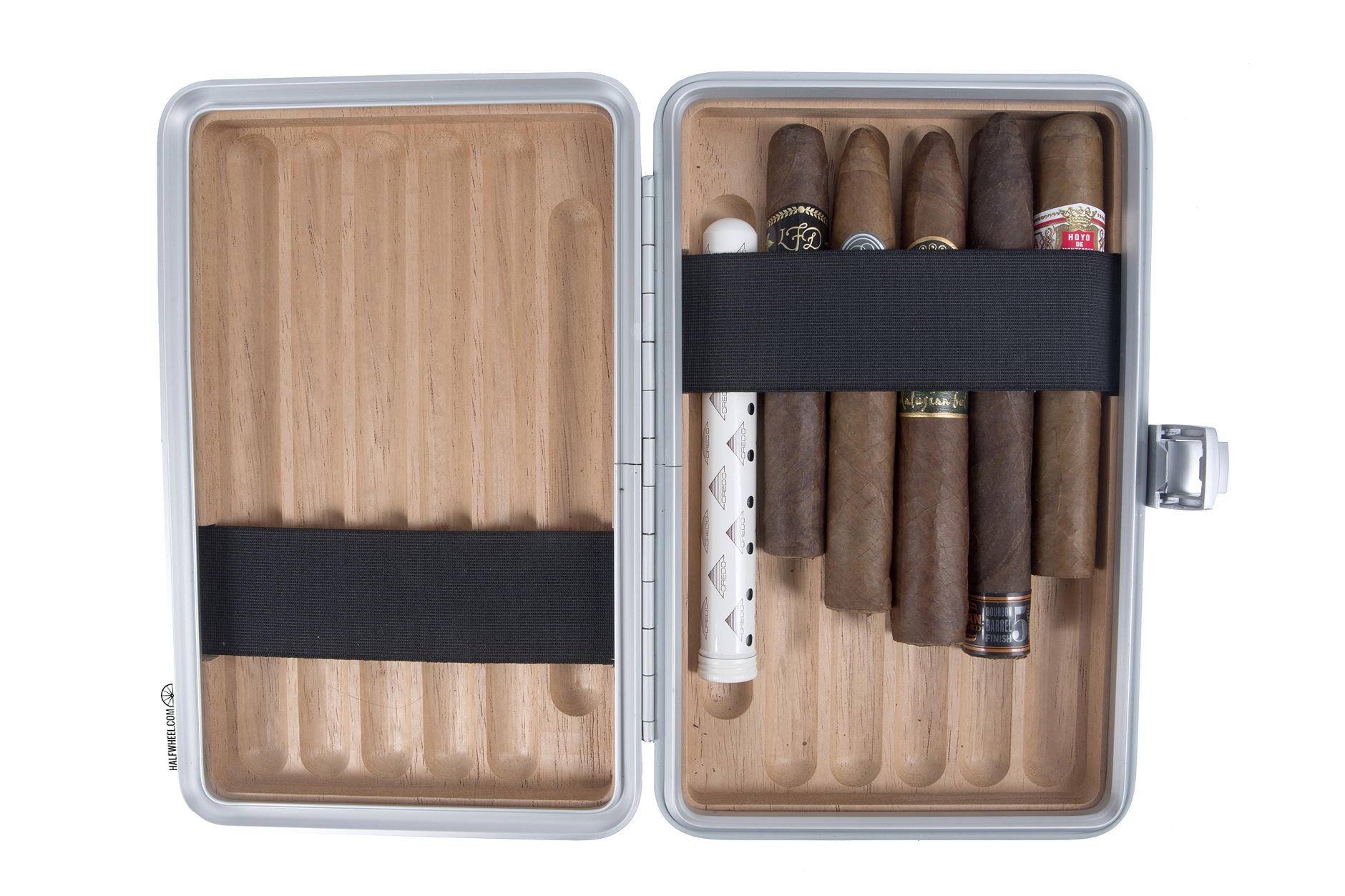 As far as protecting cigars in transport, the humidor worked quite well. I generally don’t find myself carrying around anything over a 54 ring gauge, so I rarely needed the included four blocks. There’s no great way to store them within the humidor itself, so for the most part I left them in a humidor to prevent them from rattling around.

I think the one area where the Rimowa Travel Humidor excels is transporting cigars not in cellophane. When packed properly—thinnest cigars on the outside and the thickest in the middle—the humidor does a great job of keeping cigars safe without damaging the wrappers. I noticed very little flakes of tobacco on the inside of the humidor, something that isn’t always the case in a foam-based travel humidor. In fact, the most dangerous part of the transport process was tucking cigars inside the elastic bands, something that can chip wrapper off the cigars if you are not careful.

I took a half dozen or so flights with the Travel Humidor, largely to test the seal. Air tight containers like Pelican cases oftentimes get very difficult to open after time in an airplane due to pressurized cabins and science that I admittedly don’t understand. That being said, the Rimowa doesn’t appear to be air tight and there was no issues opening the humidor once I got back on the ground. 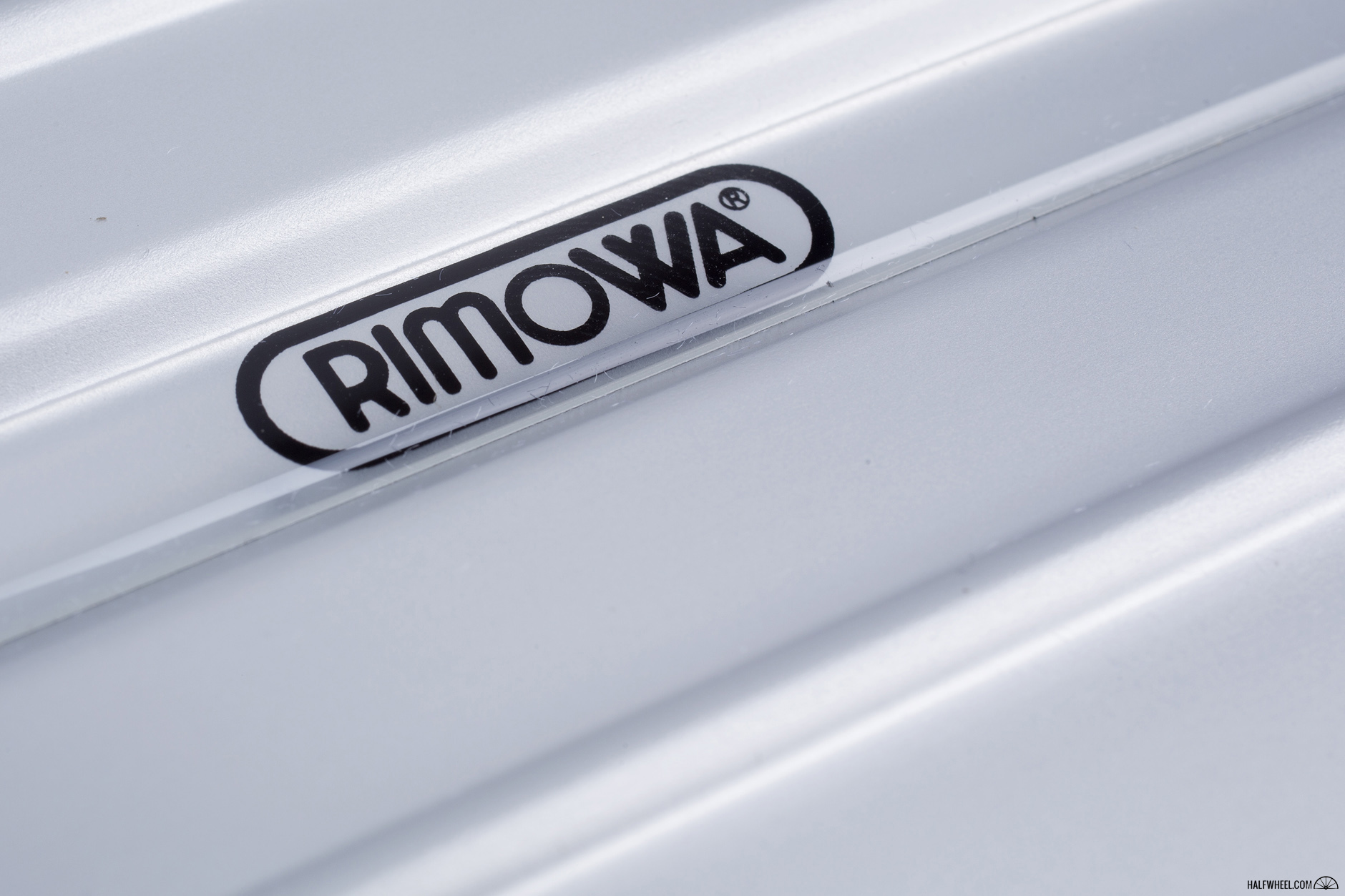 There are a couple problems with actually getting a Rimowa Travel Humidor. First, they aren’t sold online and are only offered in Rimowa flagship stores, and from talking with a few Rimowa stores, there are times in which they don’t actually have it in stock.

Second, this thing is expensive.

Our unit was purchased in Germany for €479, around $515, though that was before VAT, which is 19 percent in Germany. I also suspect that the cheaper Euro might lead to a price adjustment as the U.S. flagships are selling the Rimowa Travel Humidor for $675 before any applicable taxes. Because it’s only sold in stores and Rimowa doesn’t have any flagships in non-sales tax states, it’s likely that you are paying the tax. That $675 price tag makes this a $730 item at my local Rimowa store.

At $675 this isn’t the most expensive travel humidor, though it certainly is one of the most expensive. For example, Ferrari and Cohiba teamed up for a travel humidor that was over $800. Rolls Royce had an optional cigar humidor in the glovebox of its recently discontinued Phantom vehicle. It was just under €4,000 and the company used Boveda as the humidification device. And that’s the one major change I’d recommend from Rimowa. Not only do I think that Boveda is a much better humidification solution than the Creedo, but it means you can store an extra cigar in the Travel Humidor. It certainly doesn’t look as elegant, though I’m sure Boveda could come up with a tube similar to the one Creedo created.

Rimowa offers a five-year warranty on the humidor. I’m not sure what that does or does not cover, though I’ll update the review if I find myself using it. 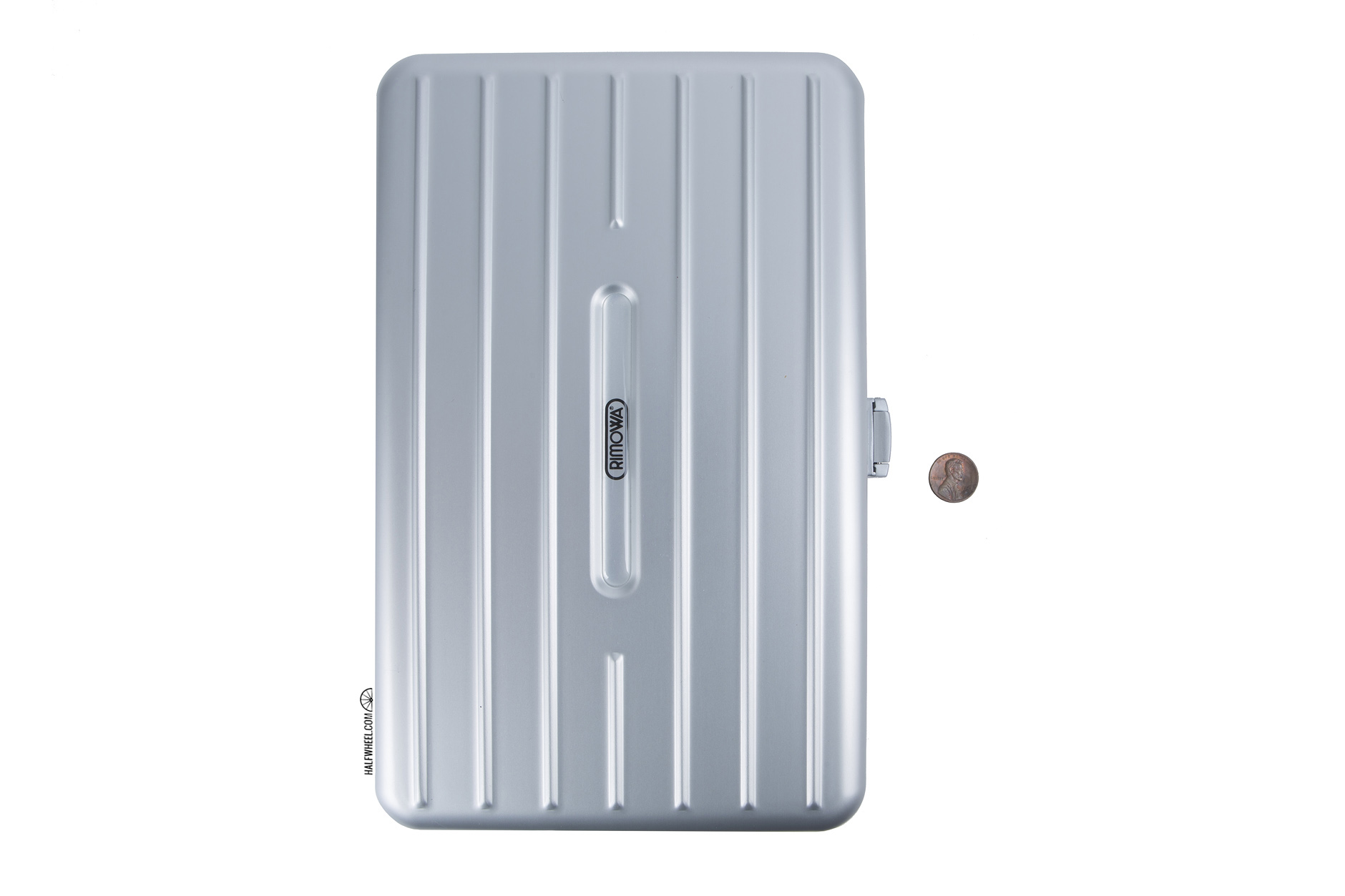 Much like with the Davidoff Oro Blanco, a $500 cigar, I find myself in a very similar place with the Rimowa Travel Humidor. There is no value in a $515 travel humidor, let alone a $675 one. Functionally, it does the same job as a Pelican-style case, or at least 98 percent of the same job. And for the price of a Rimowa Travel Humidor, you could get a nice leather case, a usable five-count humidor, 10-count humidor and a larger 50+ cigar travel humidor and still have a few hundred dollars left over.

But much like the Oro Blanco, for some the Rimowa Travel Humidor will fill another need. There’s very little chance anyone at your local cigar shop—particularly if you are reading this in the U.S.—has one. And so, if you want to have a humidor that no one else has—that also happens to be one of the best ever made—Rimowa is probably your best bet.