In 2011, Pete Johnson crafted a special cigar for retailers who were members of the Tobacconists Association of America (TAA) and attended the group’s annual conference. The cigar, simply known as the Tatuaje TAA, was said to be based on two of Johnson’s most sought after cigars—the Tatuaje Pork Tenderloin and Barclay Rex.

Since then, the Tatuaje TAA has become an annual release, an incentive for the retailers to attend the conference. For those unfamiliar with the group, Patrick Lagreid summed it up quite conscicely a few months ago:

This year’s Tatuaje TAA began shipping a few weeks ago. Johnson describes the 6 x 52 toro as fitting in between the 2011 (5 5/8 x 54) version and the 2012 release, which measured 6 1/4 x 50. Last year, as part of Tatuaje’s 10th anniversary celebration, the company crafted a special size of the Tatuaje Brown Label line for members of the TAA, but this year’s version returns to the Connecticut broadleaf-wrapped blend that consumers have consistently raved over. 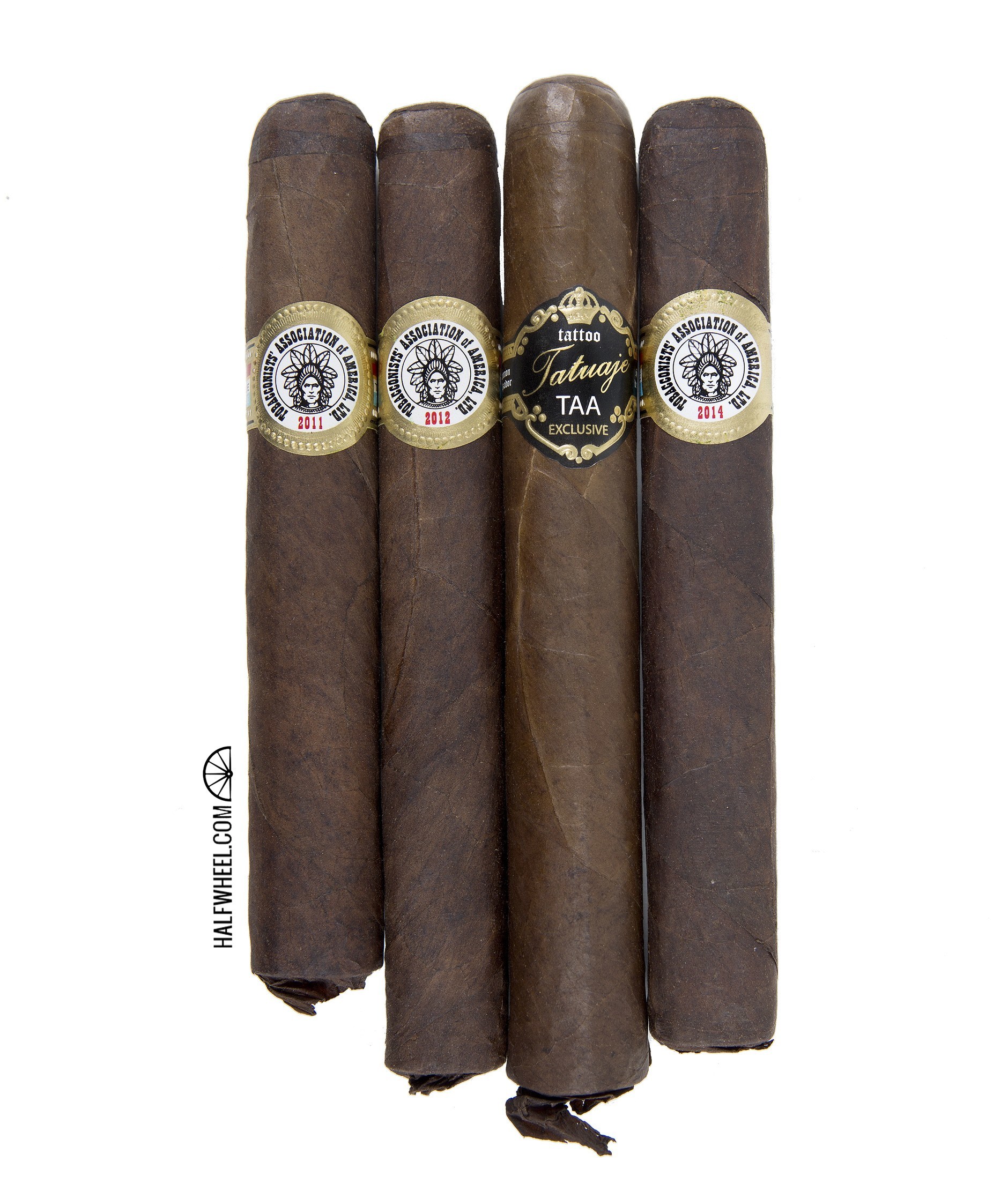 As with the 2011 and 2012 versions, this year’s Tatuaje TAA release features the Tatuaje Exclusive Series band with the TAA logo on the face of the band. It is priced at $11 per cigar and sold in boxes of 20. 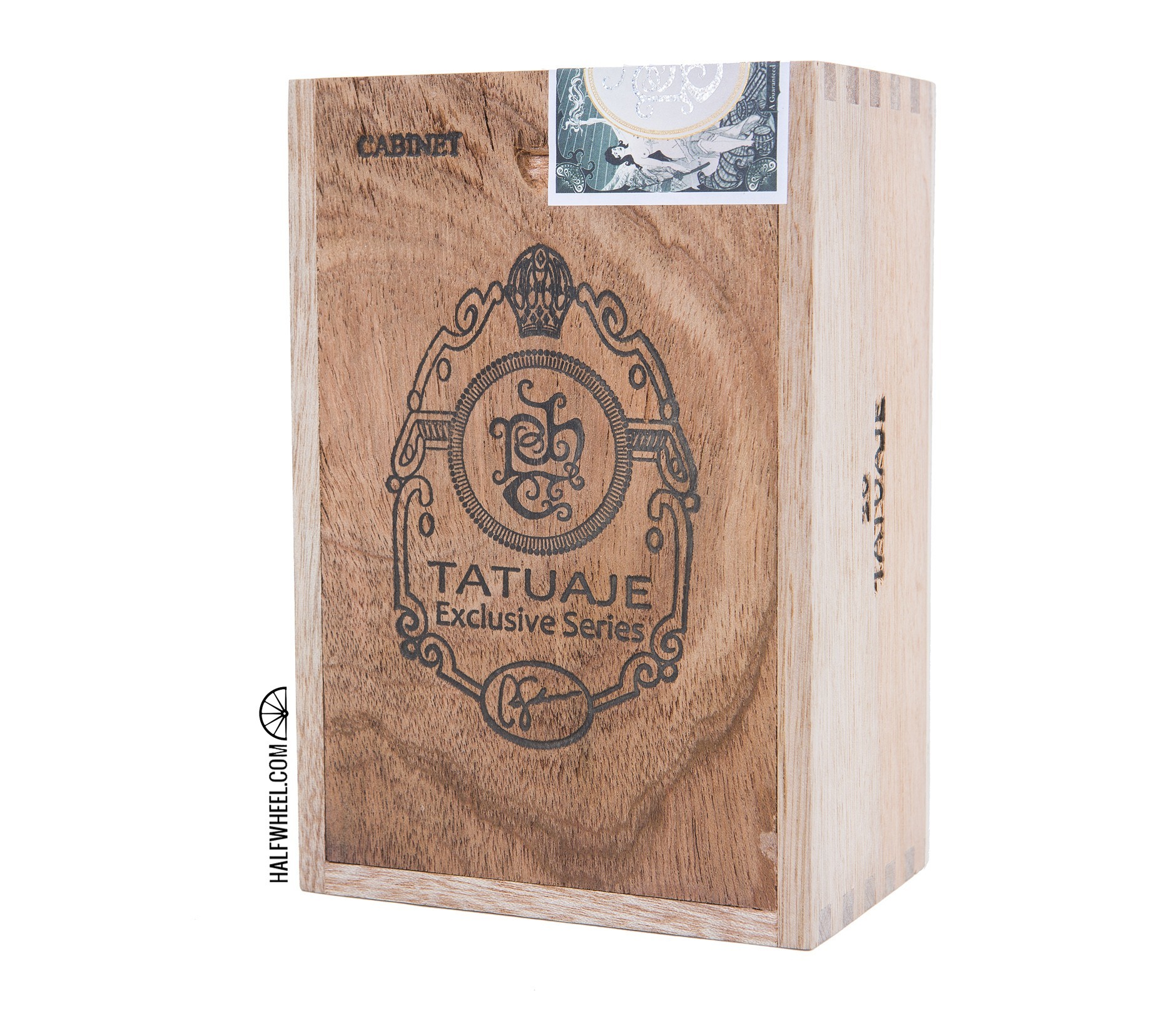 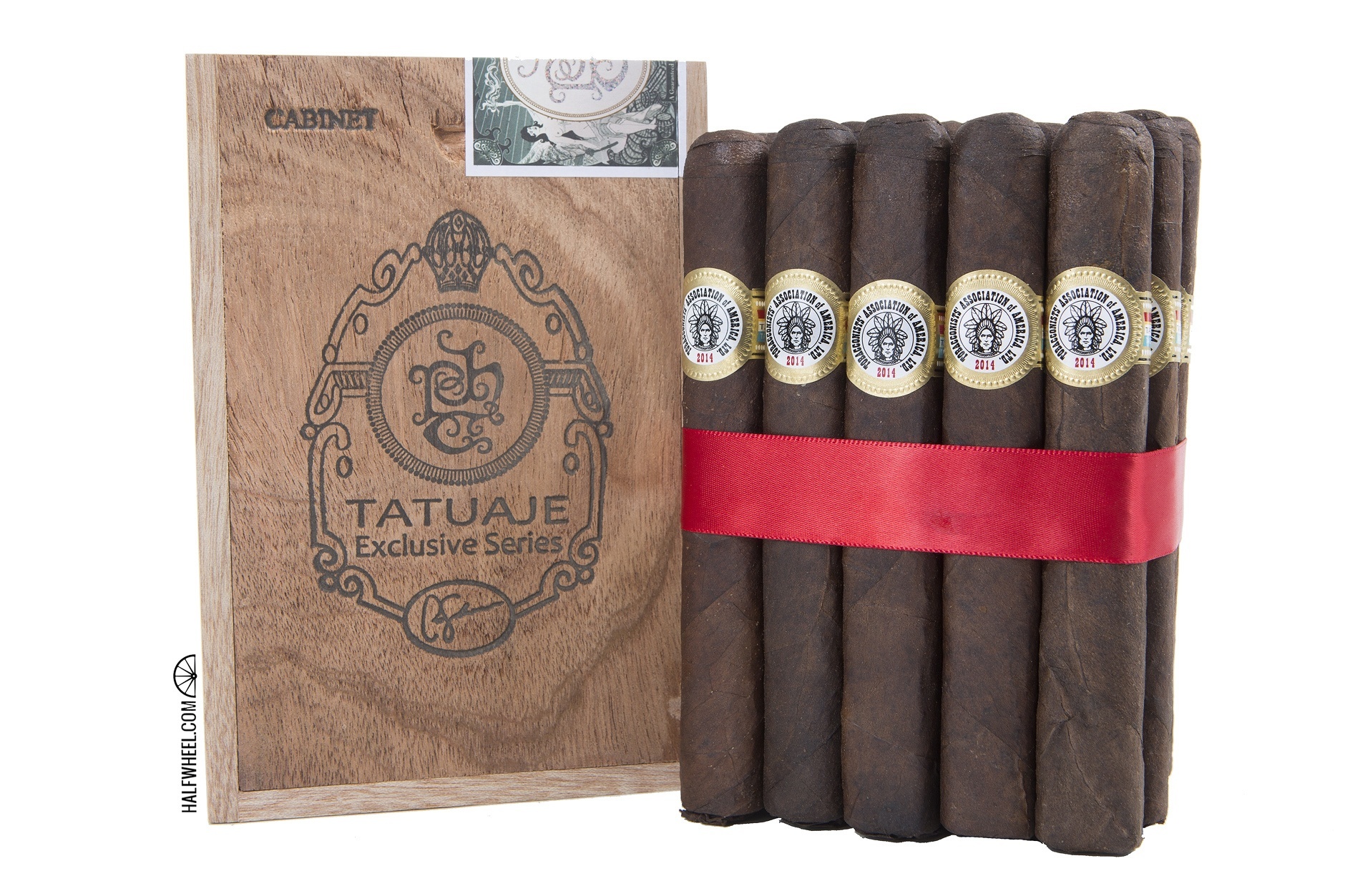 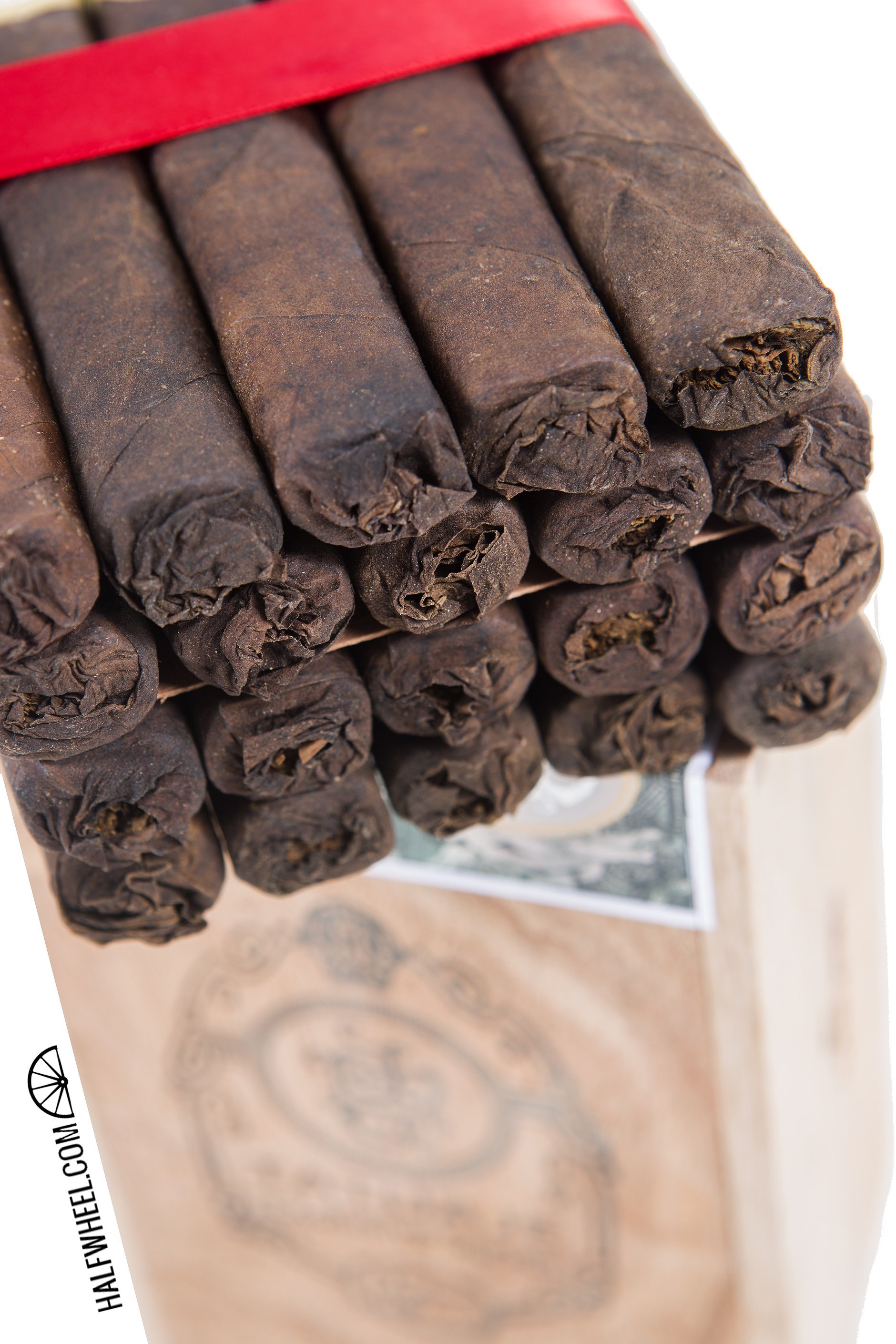 Tatuaje was one of six manufacturers that produced special cigars for TAA members only available this year: 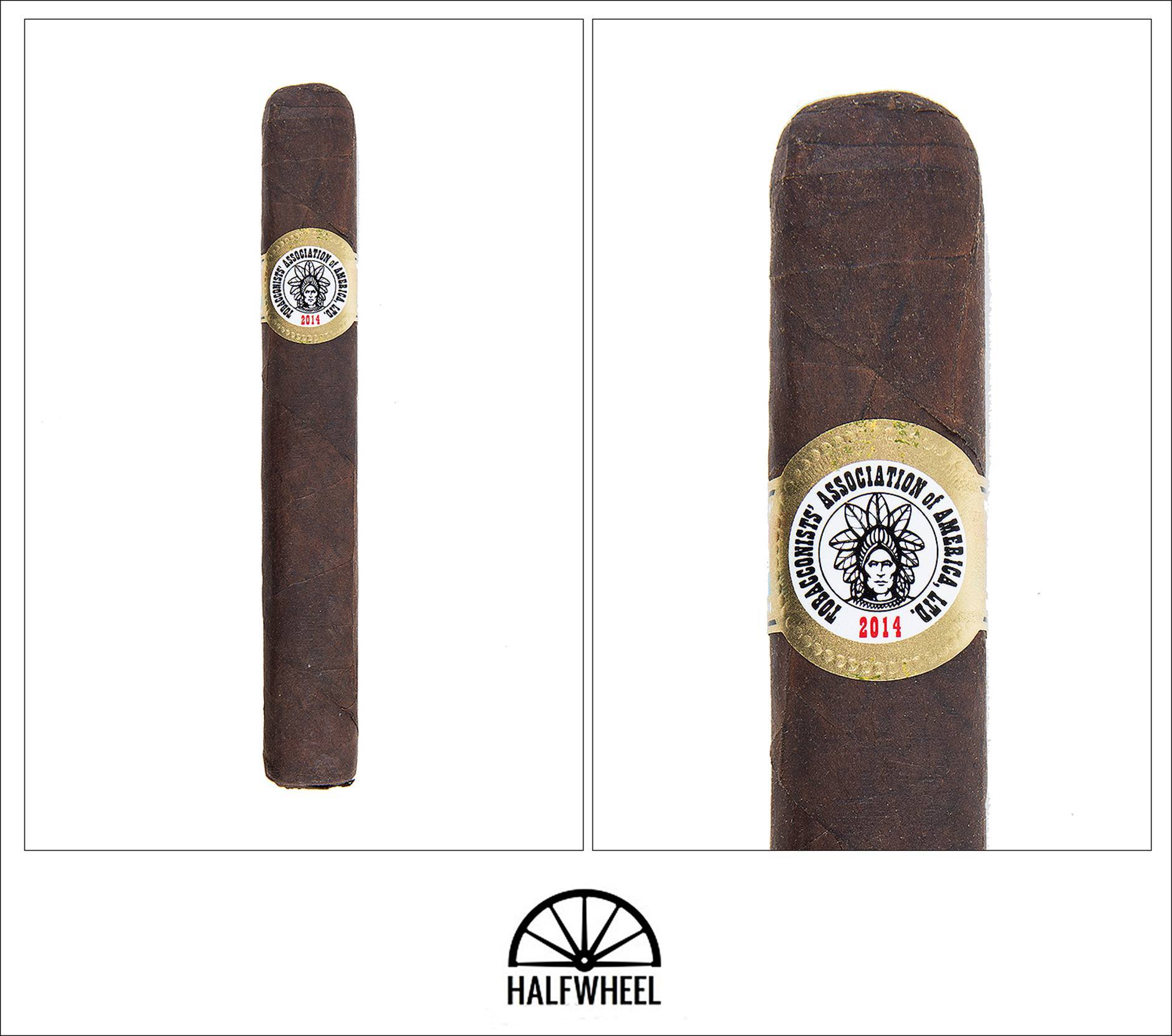 Without a ruler, trying to keep the 2011, 2012 and 2014 versions of the Tatuaje TAA is going to be challenging. It’s the thick Connecticut broadleaf that many Tatuaje fans have become obsessive over, and there’s not a ton of differences from previous versions. I will say the aroma is much sweeter than a lot of broadleaf, there’s some roasted notes that smell like the bottom of a can of mixed nuts and I cannot detect any barnyard. The covered foot of the TAA 2014 is a bit more intriguing with some floral and varnish notes mixed in with the obvious wrapper aroma. From the cold draw I get grains, cocoa, some black pepper and a big bourbon flavor with some acidity that creeps into my nose.

There’s a big earth and bitter cocoa note to start the TAA 2014, but it quickly is surrounded by a sweet floral note and a rich milk chocolate before a spicy barbecue note hits the throat. Once the finish fully kicks in a black pepper places itself in the back of my throat, which contrasts quite nicely with the sweeter flavors. I’m a bit shocked at how tame the cigar begins, medium-plus, although it’s definitely building, albeit slowly. The floral sweetness surrounds a core of woods, cumin, leather and damp grass; while the finish retains the familiar nuttiness, now with some generic woodsy notes, and the black pepper on the throat. 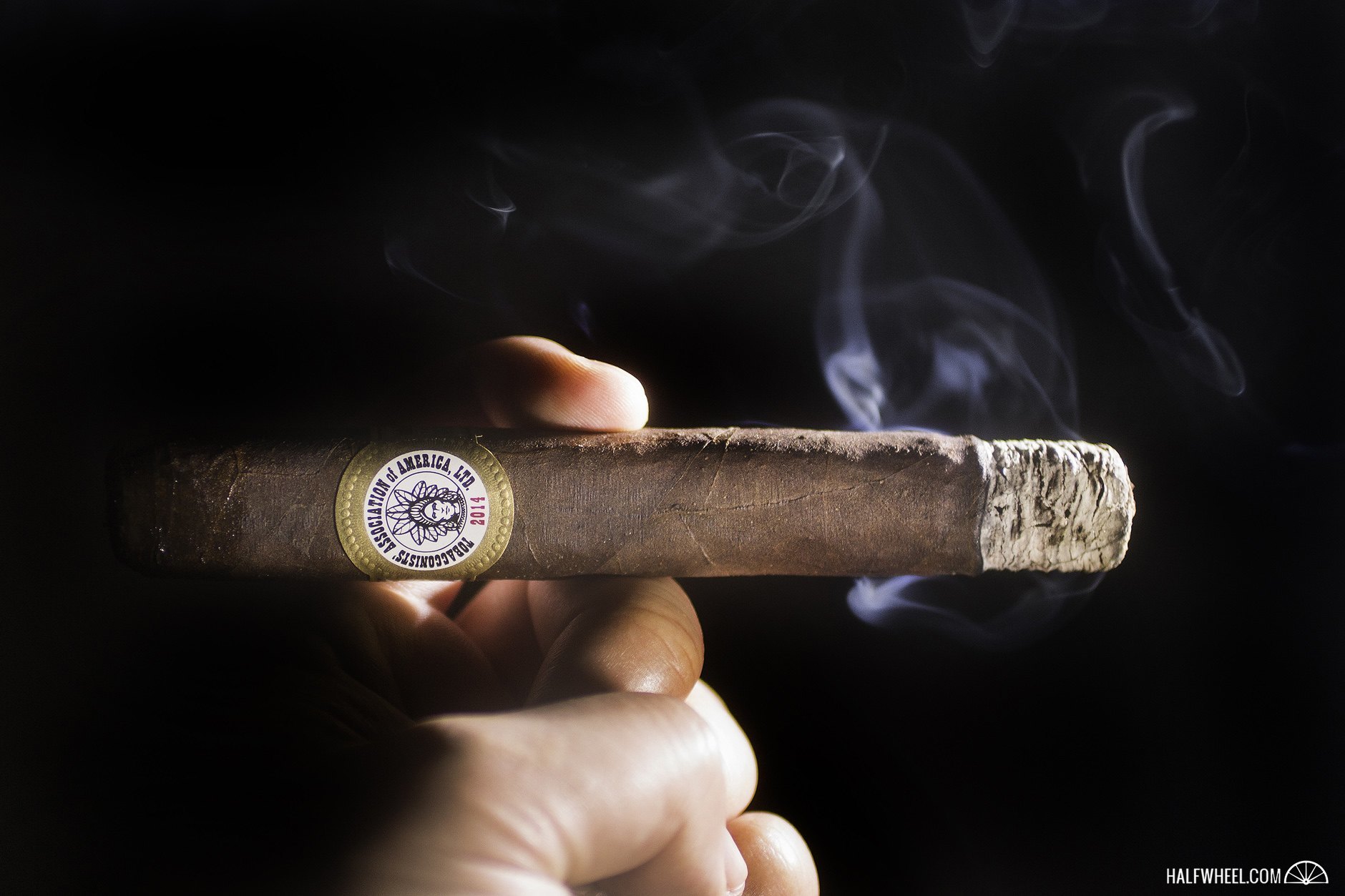 At some point, the strength definitely picks up to the medium-full mark, it’s not surprising at all, but it does fly in the face of my tame comments above. The roasted nuts pick up, as does the sweetness, which deals with the occasionally jalapeño flavor I find mid-tongue. The finish is now a burnt coffee and damp oak, a pretty radical change from the first third, although there’s still some lingering pepper notes in between puffs, along with a tart lemon. The profile of the Tatuaje TAA 2014 is insanely smooth, but it’s also somewhat quick with an accelerated finish. 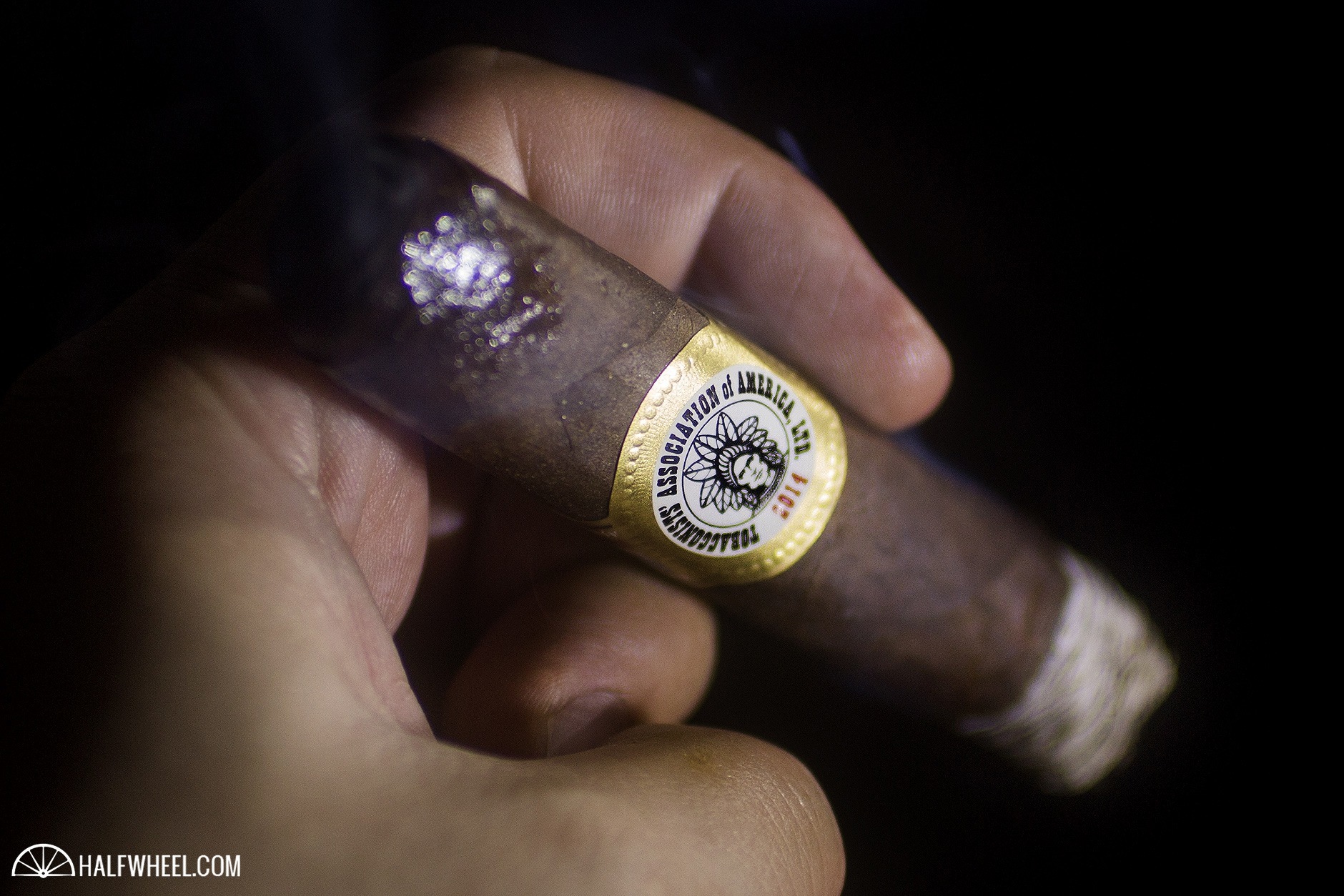 The strength keeps building, hitting the full mark with about an inch and a half left to go. As for the flavor, it’s very much the flavors I found on the finish of the second third: burnt coffee, wet oak and some pepper—just now up front. The finish of the retrohale shows an occasionally cocoa note, but it’s faded compared to how vibrant the flavors were in the second third. At just over the one inch mark the smooth profile gets harsh and I decide it’s not worth ending on a bad note. 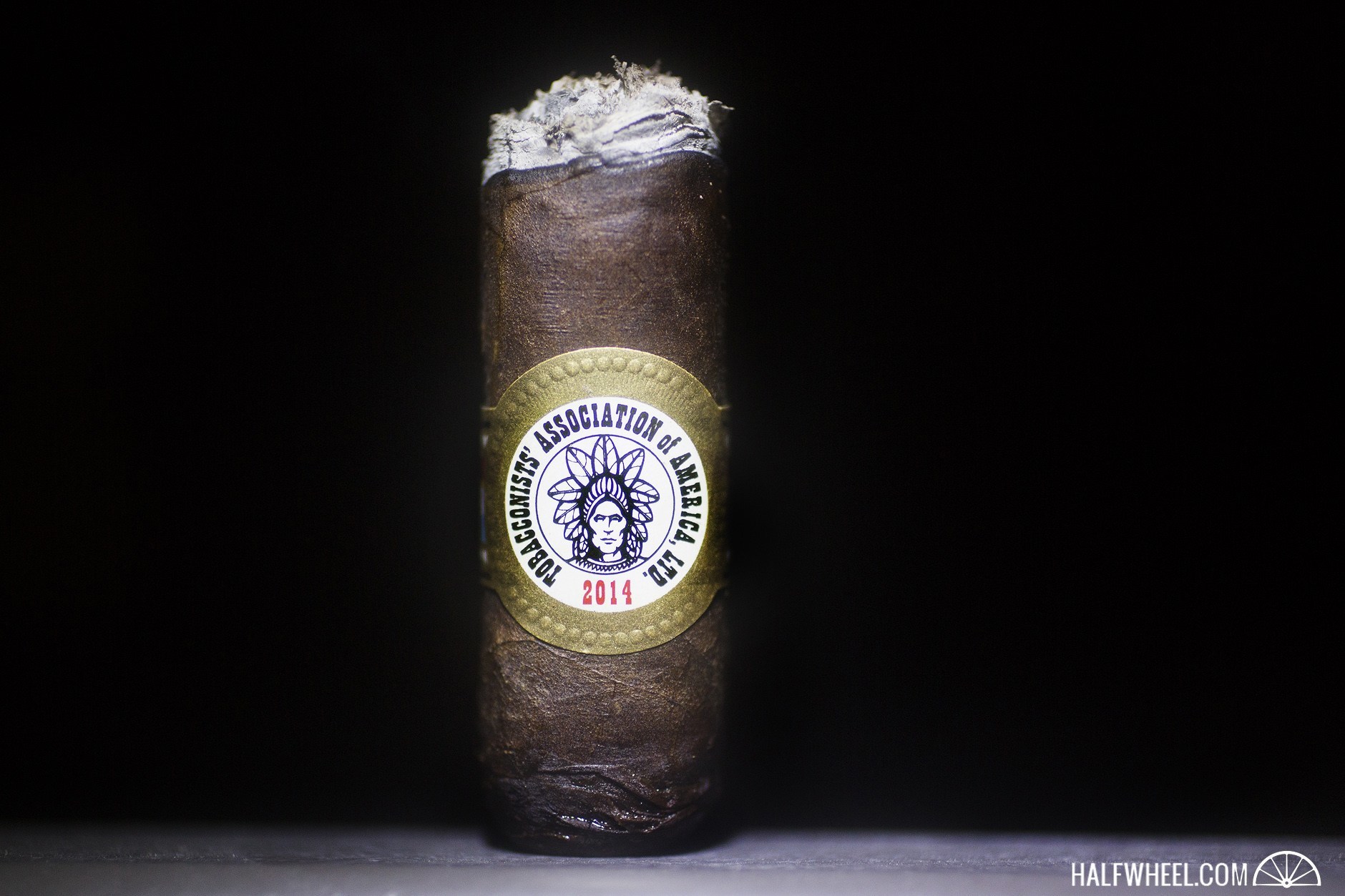 The best Tatuaje TAA I’ve smoked to date. The end.