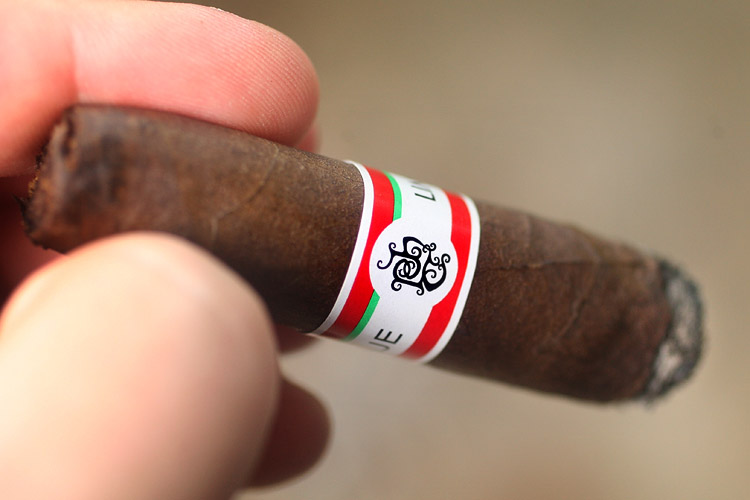 At the 2011 IPCPR show, Tatuaje introduced the Avion, a limited production box-pressed Perfecto version of the Fausto blend.

Each vitola is named for the year of its release, thus this year’s version will be dubbed the Avion 12. The blend for both the Fausto and the Avion is based off of the Tatuaje T110, (which in turn was based off of the “Thermonuclear” that was made in 2005), a limited release for R.Field Wine Co. in Honolulu, HI in 2009.

The idea behind Avion is to release one new vitola each year for three years total and then all three will remain in semi-regular production after that.

In a Stogie Review IPCPR video, Pete Johnson described the Avion blend as:

high power, high strength but balanced on the palate, full in your stomach but soft and sweet on your palate…

The seven sizes for Fausto and Avion are:

Here is a photo of the Tatuaje Avion 11 (top) compared to the Avion 12 (bottom): The Avion 12 looks to be perfectly rolled with a gorgeous dark espresso brown wrapper that is almost pebbly smooth to the touch. The cigar is obviously box-pressed, with no prominent veins visible. It is slightly spongy when squeezed, but not enough for me to worry about it affecting the smoke. There is some oil present on the wrapper and it smells very strongly of sweet barnyard, cedar, leather and chocolate.

The first third of the Avion 12 starts off strong with flavors of rich earth, chocolate, leather and black pepper. I can taste a nice sweetness underneath that seems to be begging to break through to the main profile, but stays in the background for the entire first third. There is some nice spice on the tongue that sticks around for pretty much the entire first third and some great black pepper on the retrohale and the lips to some degree. Draw is a bit tight for the first ten puffs or so, but opens up perfectly after that. The burn is excellent and the strength starts out raging at a solid medium and seems to only be getting stronger. 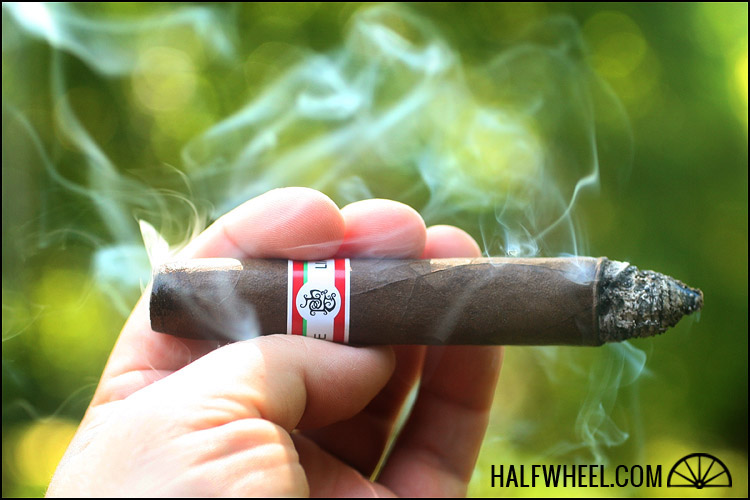 Coming into the second third of the Tatuaje and the sweetness that was a background note becomes quite a bit stronger combining very well with the earth, chocolate and leather from the first third. It is almost a maple sweetness and seems to be strongest right around the halfway point. The spice on the tongue has receded a bit, although it is still noticeable, but the black pepper note has actually increased, both in the mouth and on the retrohale. Construction remains excellent and as expected, the strength has increased to just over the full mark and still seems to have some room to go. The final third of the Avion 12 mellows out a bit profile wise, but the strength increases to a full plus level. The flavors are close to the same, although there is a bit more earth than in the first two thirds and the sweetness note has calmed down just a bit. Gone is the spice, but the black pepper sticks around, albeit at about half the level as the previous third. Construction stays the same, wonderful — easy to nub and it does not get hot at the end. The Bottom Line: I was a fan of the Avion 11, but the one thing I did not like was the larger size, as it seemed to just accentuate the strength that is present in the blend, sometimes to almost overwhelming levels. This new vitola fixes that problem nicely. Having smoked two of these new Avion 12, I honestly prefer it to not only the Avion ’11, but also to any of the Fausto releases, as I think that even though the ring gauge is the same as the Avion 11, the smaller size, the box-press and the different vitola seems to enhance the sweetness and brings out the complexity that is present in the blend. Construction, burn and draw are wonderful, as is smoke production, and like the Avion 11, the Avion 12 is an easy box purchase for me when they are released.