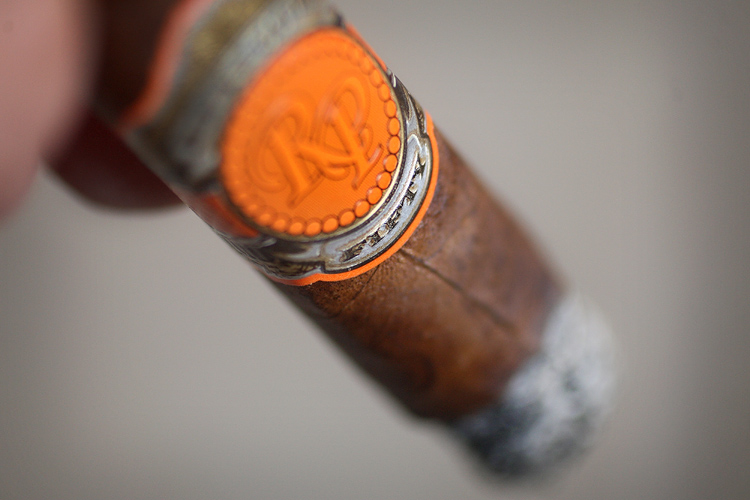 At the IPCPR show in 2011, Rocky Patel showed off his most expensive cigar to date, the Rocky Patel Fifty. Produced to commemorate his fiftieth birthday, the Fiftys are rolled in Rocky’s new factory in Estelí, Nicaragua, Tabacalera Villa Cuba S.A., better known as TAVICUSA. The tobacco used in the Fifty release have been aged over eight years and the blend uses a double binder as well.

Rocky worked for over four years perfecting the blend of this cigar, and we are launching it to celebrate his 50th birthday. The tobaccos in the Rocky Patel Fifty have been aged over eight years, and the cigars feature an Ecuadorian wrapper, each hand selected from the unique 7th priming of the tobacco plant. The cigars feature two distinct binders that both enhance, and engage, the flavors of the secret blend of Nicaraguan fillers.

The Rocky Patel Fifty comes in three different vitolas, all between 50 and 52 RG. They are (top to bottom):

There were only 2,000 boxes of 20 in three different vitolas produced, and each box not only comes in its own draw string bag, but also has the name “Rocky Patel” spelled out on two different custom designed plates using over 500 orange Swarovski Crystals. 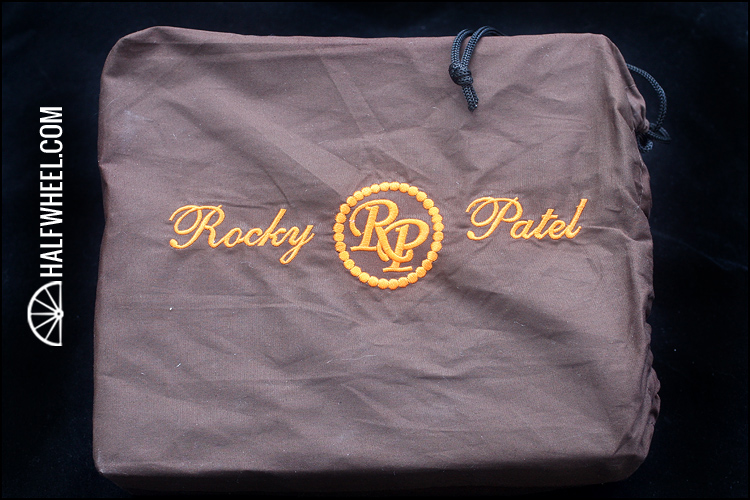 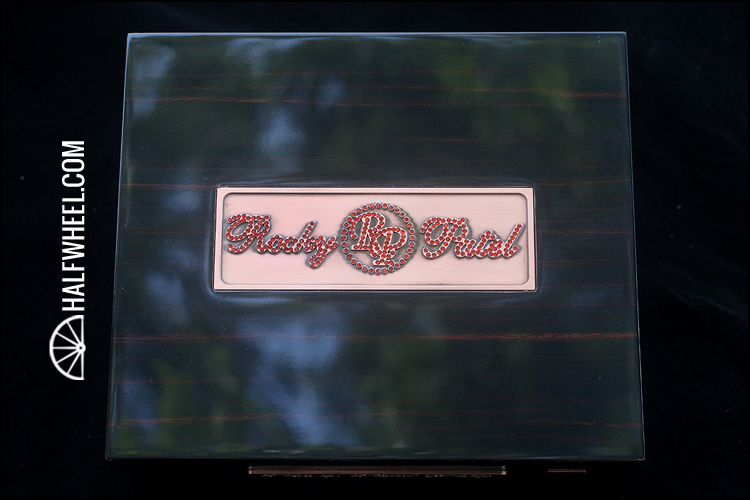 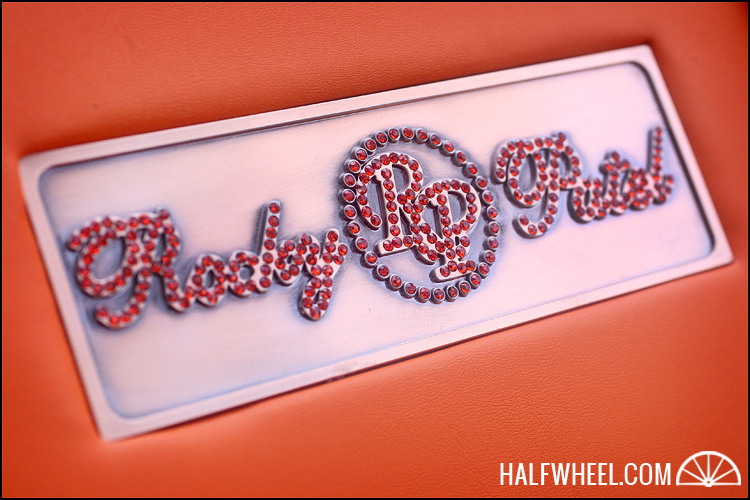 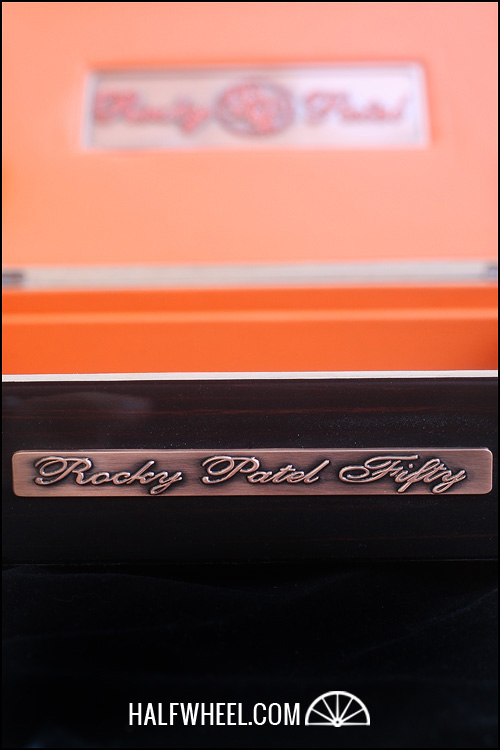 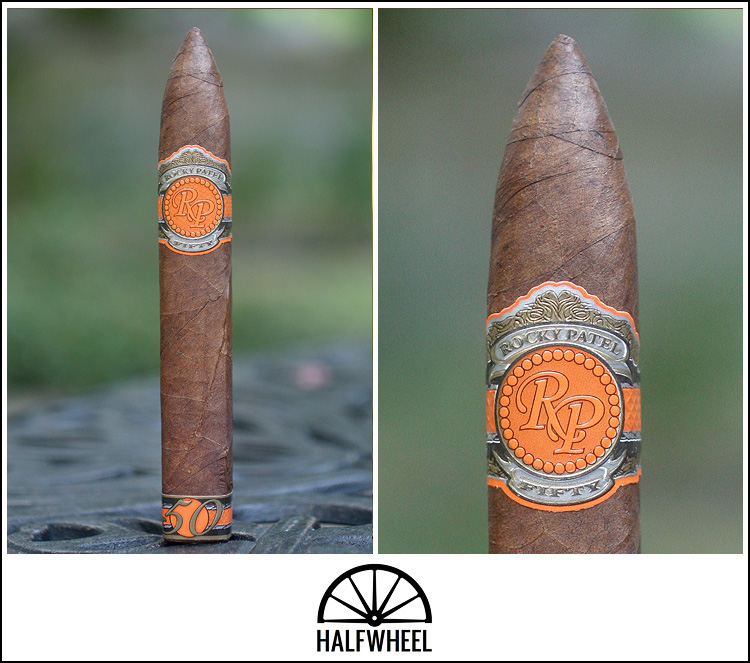 The Fifty is an obviously well constructed cigar with a wonderful silky smooth wrapper that is a gorgeous dark brown color and has a copious amount of oil on it. There are a few obvious veins present, but they don’t detract from the overall look of the cigar. The Rocky Patel is box-pressed and is a little spongy when squeezed. From the Ecuadorian wrapper there’s aroma of faint raisins, cedar and dark chocolate.

The first third of the Rocky Patel starts out immediately with strong spice on the tongue and flavors of creamy leather, coffee and cedar. There is a wonderful raisin sweetness that is pervasive and really adds an extra umph to the profile. The spice dies down after about 15 puffs or so, but remains in the background—just not as strong as it was initially. Strength is a solid medium by the end of the first third and burn and draw are both fine. 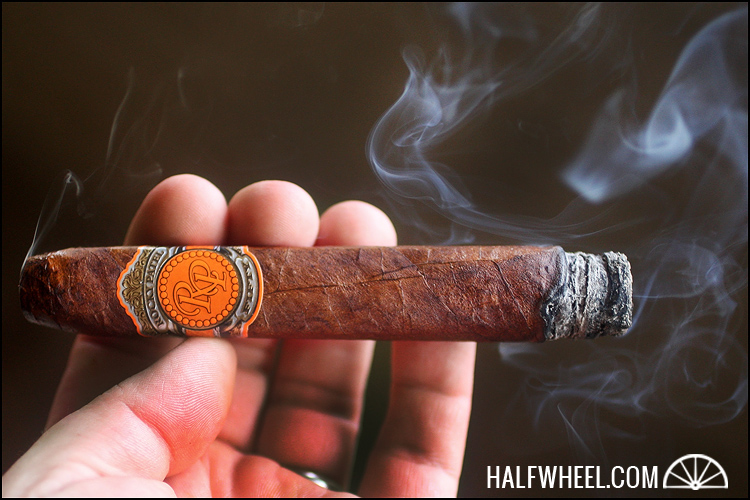 Coming into the second third of the Fifty and unfortunately the wonderful raisin sweetness present in the first third recedes noticeably. The profile is still fairly creamy, and the flavors are still pretty much the same: wood, leather, coffee and some dark chocolate thrown in the mix. Strength is a strong medium, but rising. Smoke production picks up as well and construction continues to excel. 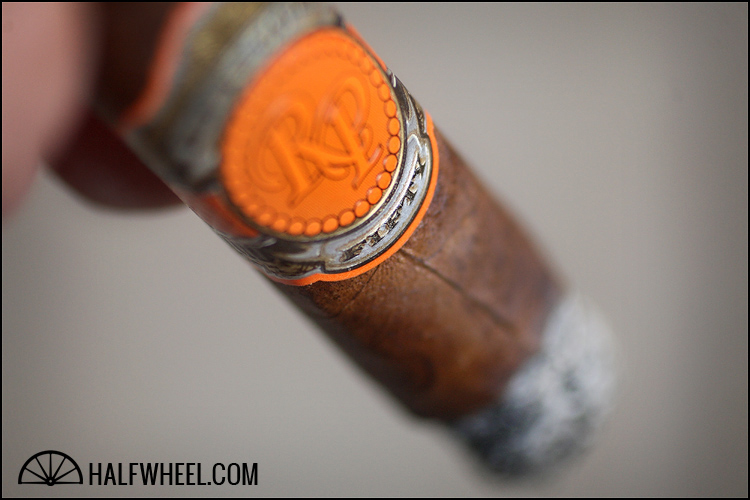 The final third of the Fifty features pretty much the same flavors although there is a bit more dark chocolate and a bit more spice on the lips that comes and goes. A tiny amount of black pepper has seeped into the profile and the creaminess from the second third starts to fade. The strength ends the cigar as a solid full, but unfortunately, it becomes a bit harsh and hot at end. 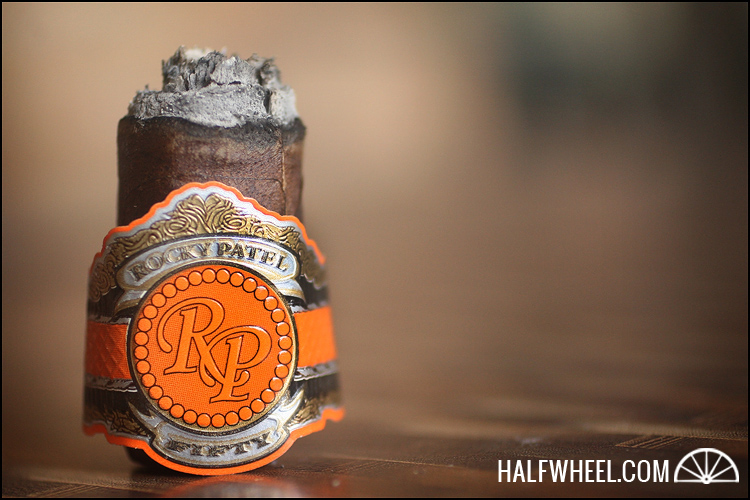 The Bottom Line: It probably does not come as a shock to long time readers of the site, but I just don’t enjoy that many Rocky Patels on a regular basis. For the most part, I find them to be bland and uninspiring blends that are just not worth the time to smoke. Having said that, I have to give credit where it is due. The Rocky Patel Fifty is one of the best Rocky Patels I have smoked and is actually fairly enjoyable—both in flavor and profile. While not overly complex, it has good flavors, great construction and quite a bit of strength. The problem is one that is not usually mentioned in conjunction with Rocky Patel cigars: the price. Most people who smoke Rockys are probably not going to be clamoring to spend over $400 on a box of cigars, which is probably one of the reasons they are a (somewhat) limited release. As it is, I was surprised at how smokable it was, I would not turn one down if it was offered to me, and I am looking forward to smoking a few more for a redux review down the road.