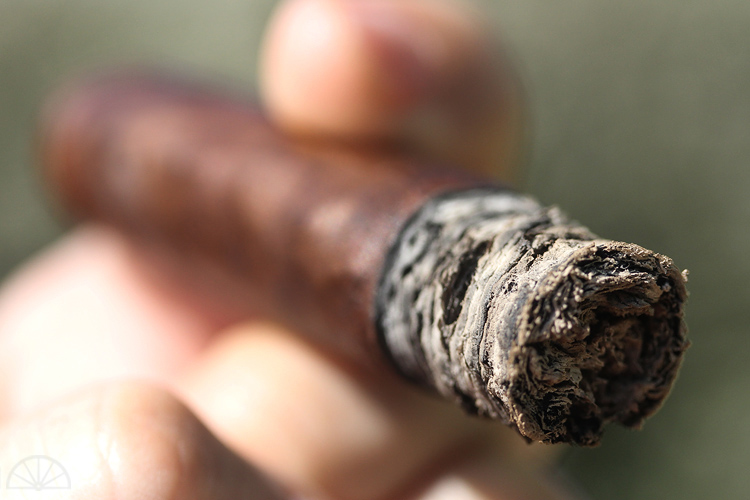 Of all of the 2012 releases from smaller manufacturers, the Reinado Grand Empire Reserve arguably received the most fanfare. For the past few month’s Antonio Lam has made it clear the line was likely to expand from the single 5 x 55 vitola it debuted in. Last week, Lam made the extensions official in an exclusive to halfwheel.

The story read as follows:

Reinado will be adding four more sizes to its popular Grand Empire line at this year’s IPCPR trade show and convention. Founder Antonio Lam told halfwheel the company will add a Corona Gorda (5 5/8 x 46), Toro (6 x 52), Gordo (6 x 60) and a limited edition Petit Lancero (6 x 38).
Last year, Reinado introduced the Grand Empire Reserve in a single 5 x 55 vitola at the 2012 IPCPR Trade Show & Convention in Orlando, Fla. The cigar remains one of the most successful releases from a smaller manufacturer in recent memory with Reinado earning significant praise, including rare compliments from other manufacturers, and sales that have led to backorders.
“The 5 x 55 is still the strongest,” said Lam. “For the rest of them, it was more a focus on threading them together with the original, but letting the original be the one that comes with more of the strength.”
The entire line will be known as the Premium Collection Grand Empire Reserve. Lam said the Toro, like the original, will likely be box-pressed, while the remainder of the new sizes will be round. In addition, the four new sizes are likely to come in 10-count boxes as opposed to the 5 x 55 which will remain in 20-count boxes.
Select retailers will have access to the Petite Lancero, which Reinado will limit to 250 boxes. Lam said Reinado made approximately 10,000 Grand Empire Reserves at the Agros Tobacos Industriales factory last year. Lam expects to make slightly more than 50,000 cigars across the Premium Collection Grand Empire Reserve portfolio in 2013.
Lam indicated there is a possibility of a soft launch before the annual trade show in July.

While the exact details of the new sizes, particularly the press—or lack thereof—on the Gordo and Toro vitolas, aren’t entirely finalized, the Corona Gorda vitola is believed to be in its production form. Presumably there will be main and secondary bands over the dark earth wrapper, but my sample is without. Present are tons of veins, reds and oils sort of like the Connecticut Broadleaf RoMa Craft Tobac uses on its CroMagnon line. From the get go there’s a wonderful sweet cocoa, leather and peanut aroma. It’s not overwhelming and it is incredibly smooth and detailed. The cold draw is AGANORSA-like with sweet milk cocoa, some red pepper and earth. I end up taking off more than I normally do as the draw was still tight when I removed the normal amount off the cap.

The first third of the Grand Empire Reserve Corona Gorda does not feature an abundance of smoke from the start, but there is some nice developed flavors with sweet and salty cocoa and nuts on top of cedar and sweet leather. As the first third progresses the core settles as cocoa, a peanut note with toasty grassiness underneath and some strong meatiness and earthiness on the finish. Through the nose is a familiar red pepper and nuts. Strength is medium plus and the body is close to full, but it’s all about the complexity and mixture of the flavors, which is phenomenal. In somewhat of a shocking turn the cocoa disappears completely from the second third, but the Reinado smooths out. The red pepper is now solely on the back of the throat as it disappears from other parts of the mouth. Noticeable now is a creaminess, an aged cedar, floral notes and coffee bean. Also lightening is the nicotine and body, which are now both closer to medium even as the flavor continues to build. Construction remains above average with smoke production increasing, nothing bad, but definitely not the Reinado’s strongest quality. While the cocoa returns briefly for the final third of the Grand Empire Reserve, peanuts are the defining character for me. The earthiness returns to the forefront for the first time since the beginning five minutes with notes of cedar, leather and the red pepper present as well. As the cigar finishes, I notice the effects the Reinado has had on my palate: lots of flavor. With an inch or so left the cigar goes out. I relight, but decide it’s time to call it a day. Is it better than the original release? In my opinion, no. I might like the shape of the Corona Gorda better, but the original 5 x 55 vitola is a slightly better cigar. It's not enough of a difference for me to be anywhere but 50/50 as to which vitola I would smoke, as it is not the case of the 5 x 55 being a better version of the Corona Gorda; they are two—somewhat—different cigars. For the academic process of evaluating cigars, the Elegidos might be better, but that's not the takeaway here. Two vitolas in, Antonio Lam has a winner.