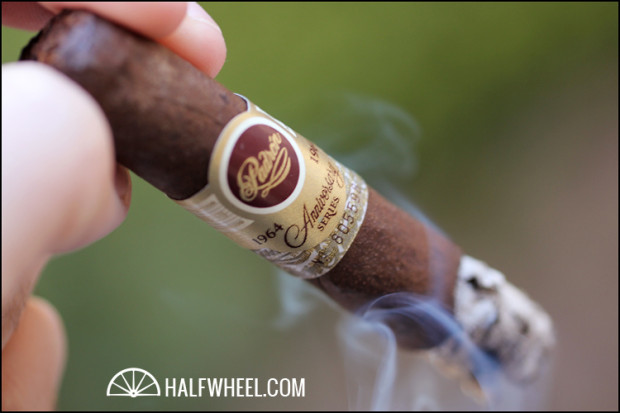 It took nearly one year from announcement to arrival, but in mid-January, W. Curtis Draper in Washington, DC finally took receipt of the final cigars for its 125th Anniversary Series, courtesy of Padrón. Its arrival follows the 2012 appearances of the Cabaiguan WCD 120 REDUX, a small batch of the original La Aurora 100 Años and the Arturo Fuente W. Curtis Draper 125, a modified Don Carlos Senior Blend.

Staying in line with the rest of the series, this is a limited release with just 200 boxes of 10 cigars produced, evenly divided with 100 boxes of Maduro and 100 boxes of Natural. 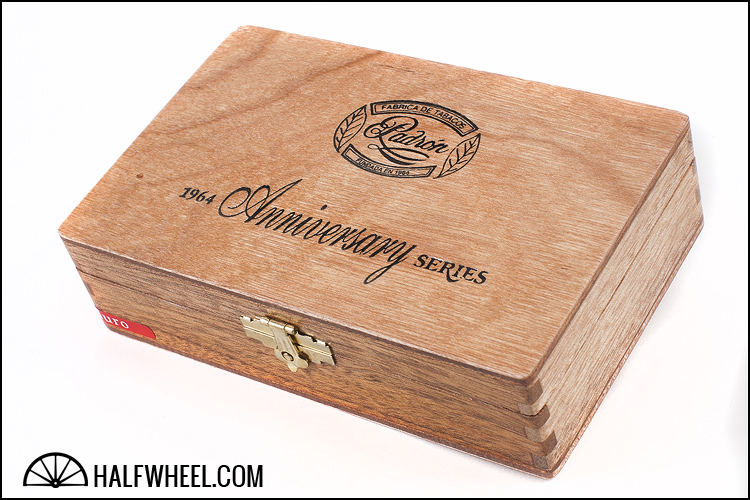 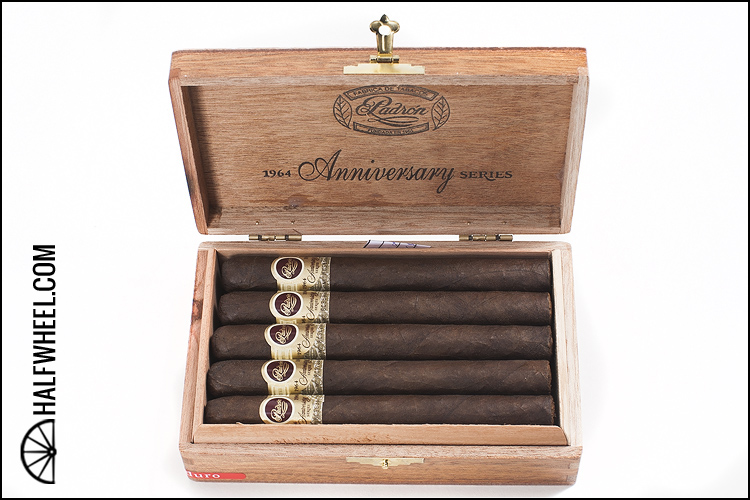 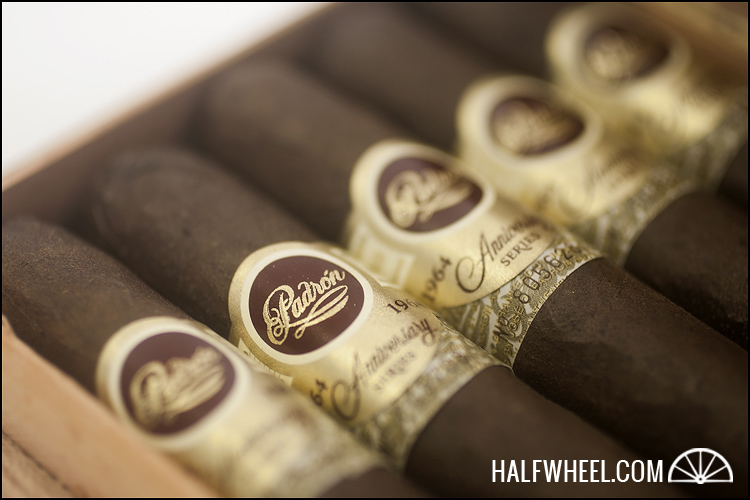 And the Maduro and Natural versions look like this side-by-side.

As you’ll see, there’s no distinctive markings indicating this as a special release for W. Curtis Draper, something that all three of the previous releases had. 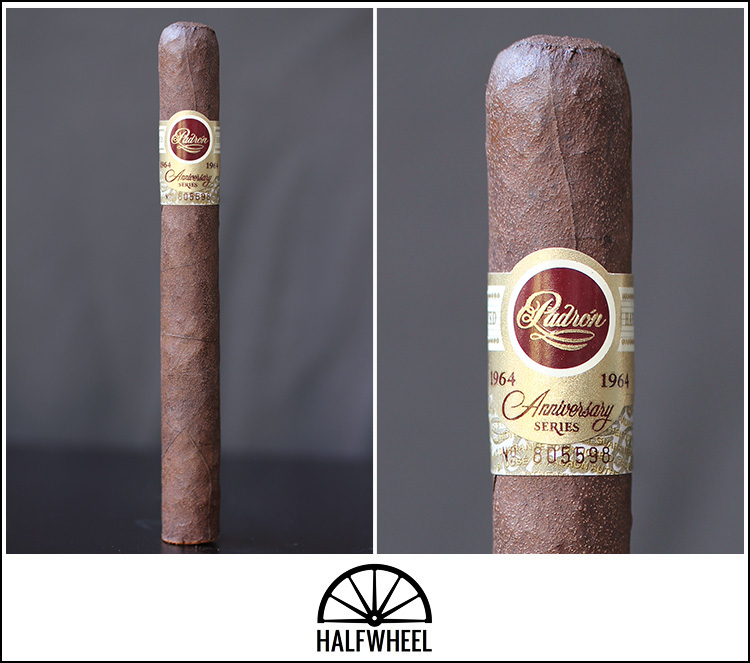 The wrapper is textured and toothy with that rustic shade of brown that Padrón has become known for. There are some small veins and a few bumps underneath the wrapper keep it from being perfectly smooth. The pre-light aroma is sweet, smoky and spicy, making me think of both aromatic, floral coffee and a saucy rub for a piece of meat that’s headed to the smoker for a couple of hours. The cold draw has none of the spice that the nose picked up but retains the other flavors with the air feeling like it is just gliding through the cigar. It’s not too tight or too loose – it’s pretty darn near perfect.

The Padrón W. Curtis Draper 125th Anniversary Maduro starts off surprisingly earthy before bringing in a chalk note before the burn line has traversed even an inch, while any sweetness seems relegated to the nose at this point. One thing that quickly becomes apparent is that the ash doesn’t hold on terribly long, half an inch is about all it could hold on for. With the first clump fallen, the flavors turn both sweet and earthy, an interesting combination that delivers both strength and body along with some respite in the form of a thick grape jam flavor. If the first third is any indication, this is going to be a rich and flavorful cigar. 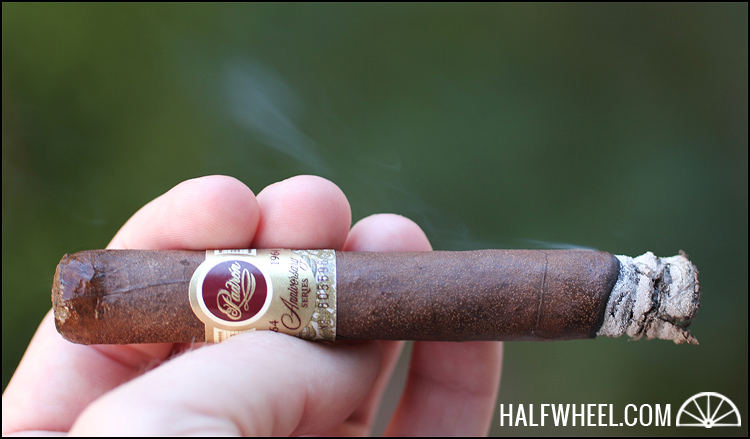 Flavors mellow just a bit at the start of the second third, but the Padrón W. Curtis Draper 125th Anniversary Maduro still puts off quite an enjoyable aroma from the smoke, fairly sweet with just a touch of burning tobacco underneath. An earthy flavor is the first to come back into the equation, delivering some strength to the back of the palate and throat. The retrohale continues to be fairly peppery, so much so that it’s hard to truly enjoy. By the midpoint, the texture of the smoke has lightened up a bit and now shows a leading chalk note with the robust, earthy note being picked up more by the nose. It’s not long before the flavor and texture of the smoke start building back up to a medium-full level, and the cigar readies itself for what should be a strong closing third. 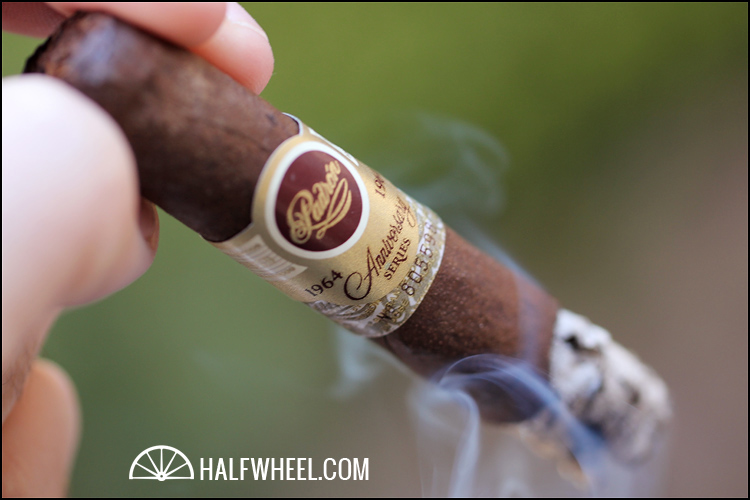 The final third of the Padrón W. Curtis Draper 125th Anniversary Maduro sees a decided shift to a drier, more clay-like note that has remnants of both the earth and sweetness found earlier, but pushed largely to the background of the overall flavor picture. The nose gets hit with a good bit of dry pepper as the cigar seems to alternate between really stimulating my senses of taste and smell. The finish starts with a jelly-on-toast rich sweetness that quickly shifts to a peppery, earthy robust flavor that takes the cigar down to its completion. 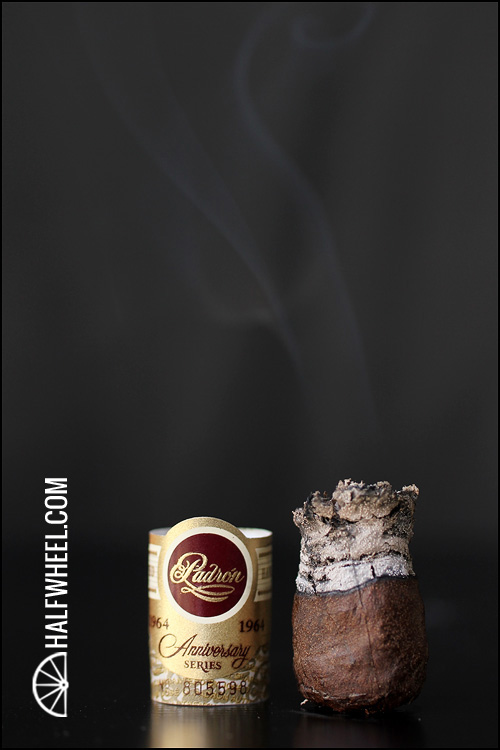 If you like the Padrón 1964 Anniversary series, you're pretty much guaranteed to like this cigar. The tweak to the blend remains the interesting piece to figure out, as the Padrón W. Curtis Draper 125th Anniversary Maduro seems to be just a bit more intense than the rest of the line, and is certainly more intense than the Natural version, which seems to be a bit more in line with the rest of the Natural offerings. Given how close this is in size to the 6 1/2 x 46 Monarca vitola that's a regular production offering, it's hard to say that you need to run out and buy this for its unique vitola and subsequent flavor, and that's before taking the slightly higher price into account. It's still a darn good cigar and makes for a great wrap-up to W. Curtis Draper's 125th Anniversary Series, though it lacks the true uniqueness and distinctiveness found in some of the previous offerings.