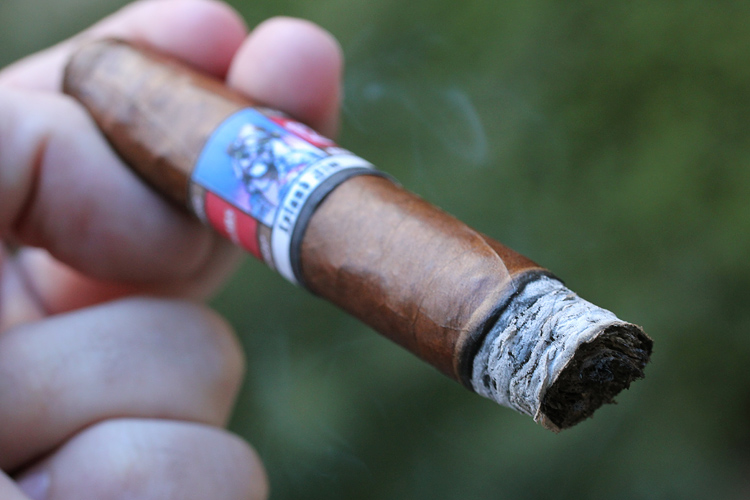 As you’re likely aware, Eddie Ortega announced an ambitious project in the summer of 2012 dubbed the Wild Bunch that would see him release a new cigar every month in 2013 that would be a tribute to a person that he had met through his cigar-related journeys.

Ortega had this to say about the inspiration and direction for the Wild Bunch:

The series debuted as promised in January 2013 with the Big Bad John Jackhammer and was followed by the Iron Mike I-Beam in February. The third release in the series is slated to be released in March and is dubbed the Island Jim WaHoo.

Here are the first three releases:

While most of the real-world identities of the Wild Bunch characters was kept fairly quiet, Island Jim was fairly quickly identified as Jim Robinson of Leaf & Bean in Pittsburgh, and if you scroll through Robinson’s or Ortega’s Facebook pages, you’ll see several photos that leave no doubt. This photo, posted on Eddie Ortega’s Facebook page, pretty much sums it up: 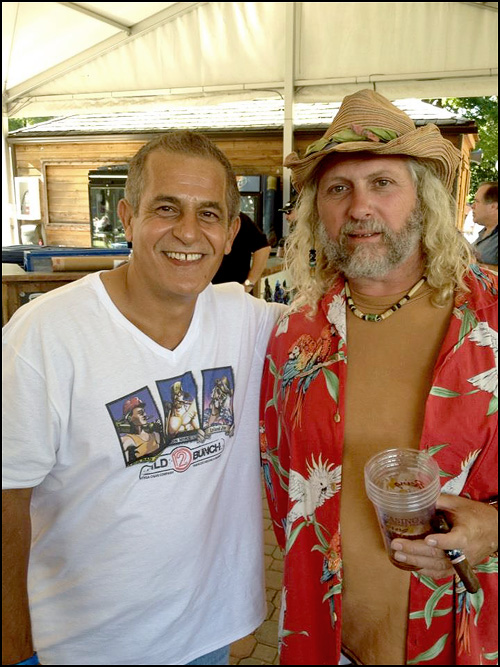 Like the first two members of the Wild Bunch, Island Jim will come in 20–count boxes that look like this:

Island Jim was also made available as part of a sampler that came out in January and featured one of each of the first three members of the Wild Bunch. 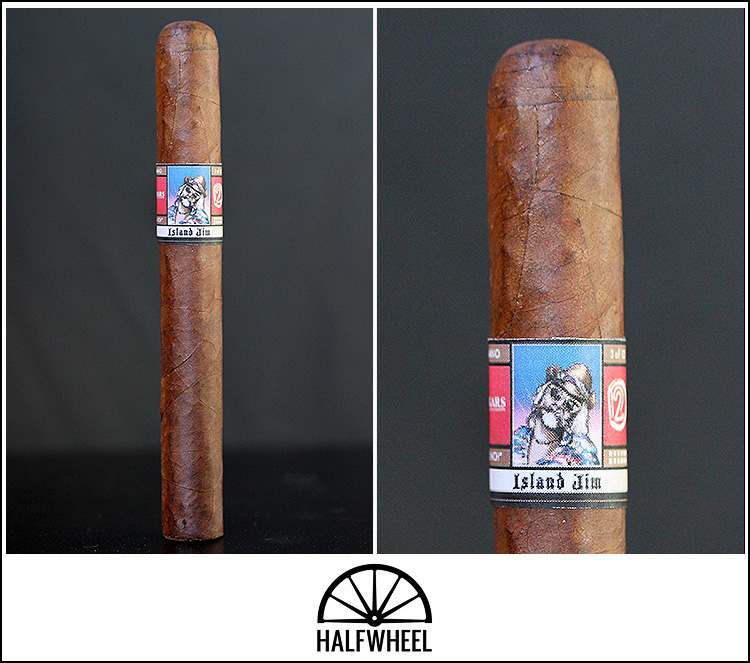 The Ortega Wild Bunch Island Jim is a very attractive specimen with a smooth, slightly oily wrapper and a maze of small, fairly flat veins. While the cigar has a bit of give, it’s still overall firm and feels well-packed. The pre-light aroma is surprisingly light and floral but is backed by a solid amount of pepper. The cold draw is much meatier and full, with a hearty gravy note as the first thing that jumps out and is backed by a bit of cereal grain and just the faintest hit of orange. Air moves well through it if just the slightest bit governed, which is expected given the cigar’s firmness.

The initial puffs of the first third of the Ortega Wild Bunch Island Jim are medium bodied and packed with notes of dough, chalk, a bit of paper and a slightly mineral note that gives it a bit of a kick, though it falls short of being peppery or spicy. A decent amount of white smoke comes off the cigar as the burn line reveals a tight white ash that manages to hold for about an inch before finally dropping, at which time the first third of the Island Jim dials the intensity down a click and settles into a very palatable medium-bodied cigar led by an enjoyable chalk note. The smoke itself is fairly light and airy, though the flavors have a definite edge thanks to the chalk and a developing cereal grain note. The transition to the second third of the Ortega Wild Bunch Island Jim begins with a rubbing of my eyes as there’s a slight uptick in white pepper that causes a bit or irritation. The smoke production picks up a bit in this section as well, both when puffed on and when at rest, and the chalk note seems to become a bit more intense and is now driving the flavor of the cigar. The technical performance has been solid so far with a sharp burn line and good smoke production, and while the ash remains tight, it doesn’t hold for quite as long as it did on the Iron Mike. A note of a slightly over baked pretzel steps out and adds a bit of a charred note to the equation and takes Island Jim into the final third which, at this point, seems to hold promise of finishing a bit stronger than it began. Heading into the final third, a trend noticed in the first two Wild Bunch cigars continues as the flavors really open up and it becomes clear that the Island Jim is going to finish with a much more complex profile than it has shown up to this point. The chalk note has added more raw notes of soil and clay that really hits the front of the tongue with vigor. A fairly dry wood note is the late-comer to the flavor party, showing up in the last two inches to add another layer of complexity to the flavor offerings that seem to be growing as fast as the cigar is approaching its eventual demise. The heat of the final inch and a half turns things sour and rather than try and smoke Island Jim down to the cap, it becomes apparent that the best course of action is to let it go out. I wasn't sure what to think about the Wild Bunch project when I first heard about it, but having smoked the first three, Eddie Ortega has made me a believer. Whereas Big Bad John and Iron Mike tended to be somewhat similar, Island Jim shows a different direction for Ortega's Wild Bunch as it stands much more in the medium-bodied portion of the spectrum and does it fairly well. It's the most approachable of the three in my opinion thanks to a bit lighter smoke and flavor, which never really steps past medium bodied until the absolute end, and makes for a versatile set of flavors that could be enjoyed any time of the day. If you have the chance to try Island Jim or any of the first three members of the Wild Bunch, do so.