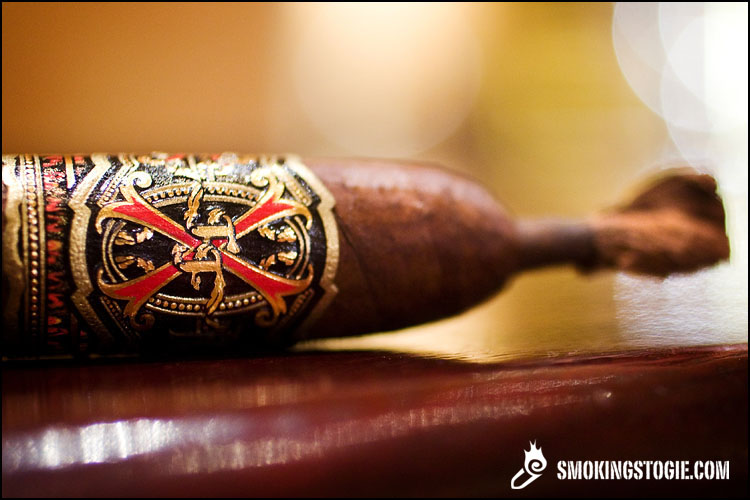 If you asked 100 cigar smokers for their ten cigars they would someday like to smoke, the odds are that the OpusX “Big Bad Mother F*cker” would be on quite a few of the lists. The cigar has an iconic look that makes it hard to miss and they are not easy to find, even more difficult at anything close to MSRP

Having said that, the BBMF—and some other harder to find sticks like the BBMF Maduro, Chili Peppers, LBMF, etc—have some detractors who say that the best thing about the cigars is how they look, and the smoke is nothing special at best and are downright horrible—and a waste of money—at worst.

I went to Las Vegas on business recently, and while there, I hooked up with a fellow BOTL to do some smoking at Casa Fuente. I wanted to try a couple of cigars I had not had before, and while I had had a BBMF before, it had been quite a while—i.e. many years—and I was not taking photos like I am now.

The fellow BOTL chose the BBMF, and so I chose the same thing and we got to it. 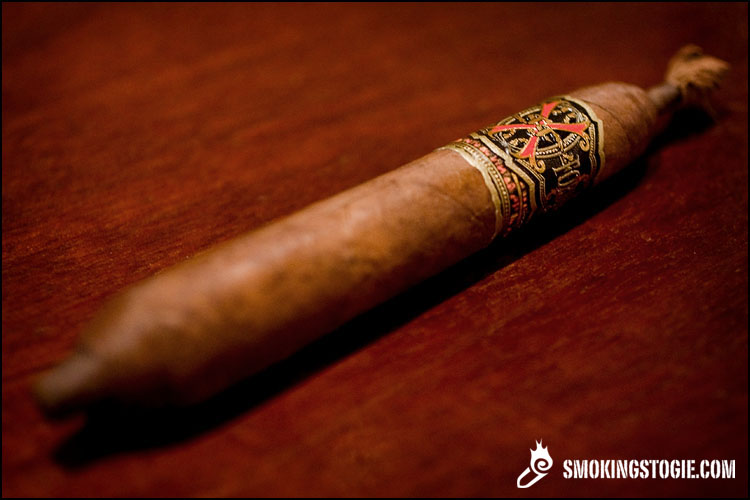 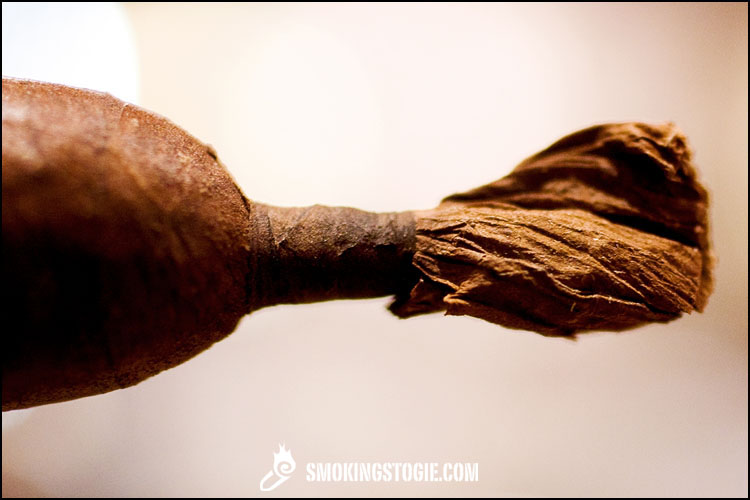 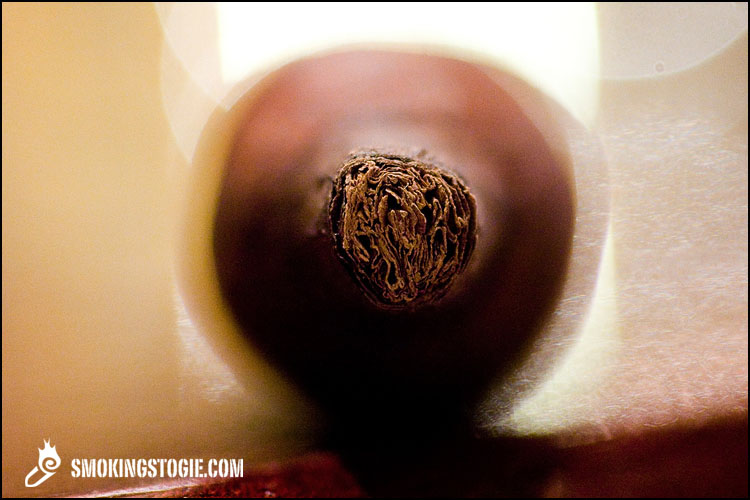 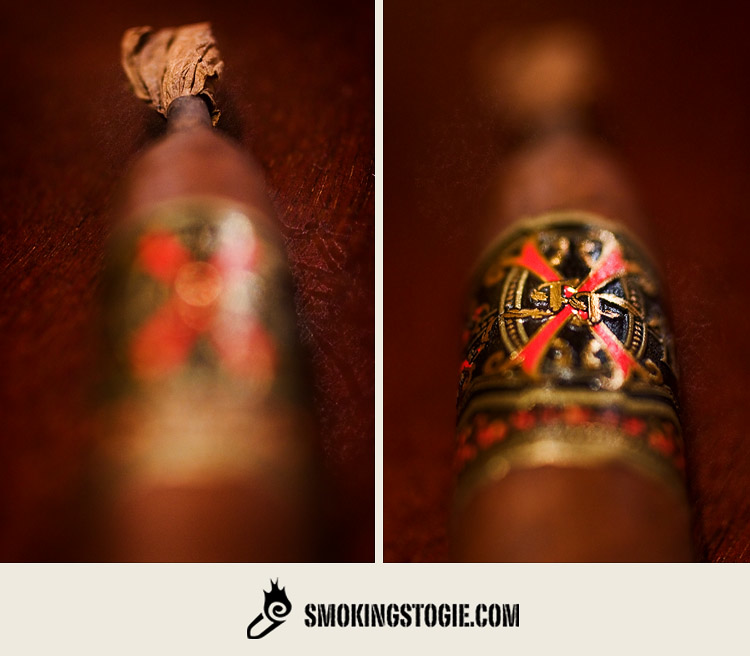 The first thing I noticed was the obvious form of the cigar. It is a gorgeous stick and the band is one of the best I have seen, the only word that comes to mind is awesome. The wrapper is a flawlessly constructed red/brown and smelled faintly of cinnamon. It has some fairly major veins running along it, but honestly, they just added to the look.

In the first third, the first puff after lighting has some nice spice to it, but very little pepper and it mellowed out fairly quickly morphing into a great toasted tobacco. For the rest of the first third there was also a nice oak flavor which went will with the mellow spice. 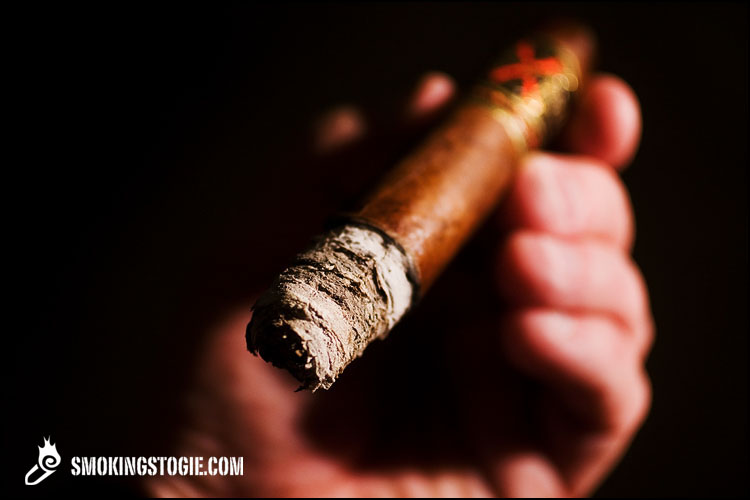 The second third was extremely mellow with notes of leather and nuts, but with that same oak taste carried over from the first third. I was wondering where the spice went, but it was nowhere to be found. 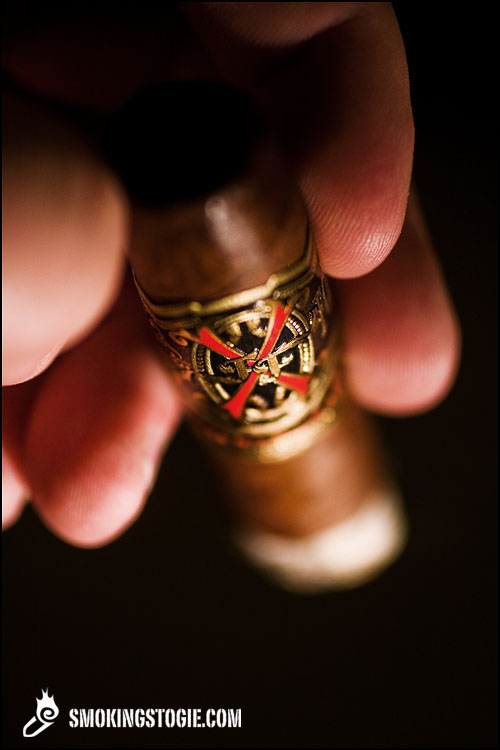 The final third picked up the spice considerably, so much so that I found it hard to believe it was the cigar. It came back with a vengeance, and I started to feel the effects at the end. Dominant flavors were espresso and leather, a great combination. 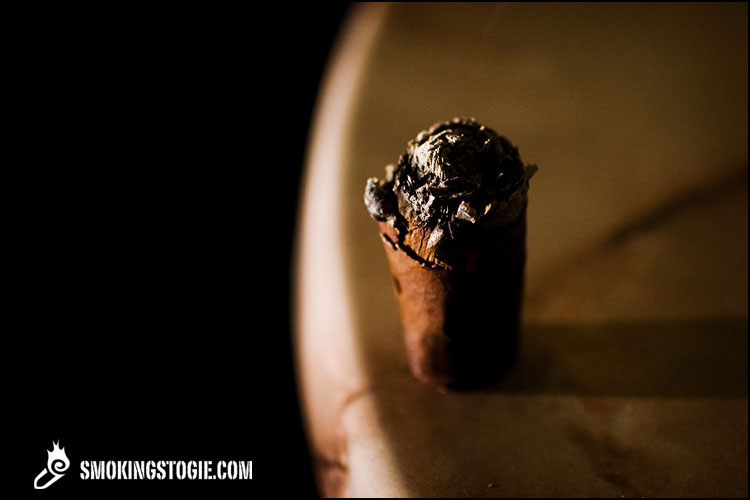 In my humble opinion, no one cigar is worth $125 and this was no exception. It was a very good smoke, but obviously not an everyday smoke, more of a special occasion smoke for sure.