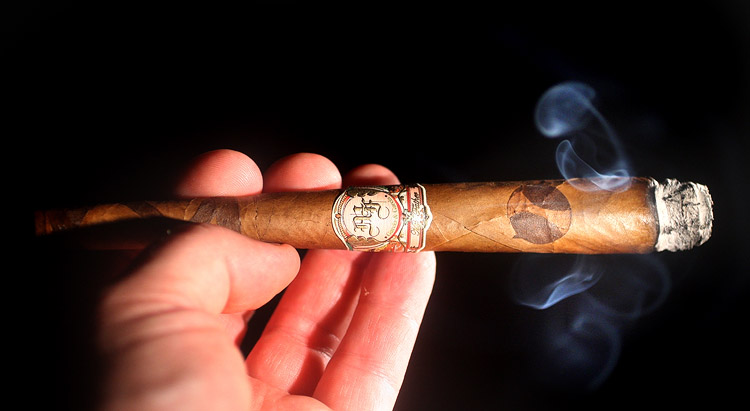 In August of 2010 at the IPCPR show in Las Vegas, My Father Cigars showed off some very interesting cigars said to be rolled in part by José “Don Pepín” García himself. Most interesting was the My Father Baseball Bat, rolled to look like a baseball bat.

Here’s a picture of the Baseball Bats on display at IPCPR 2010: 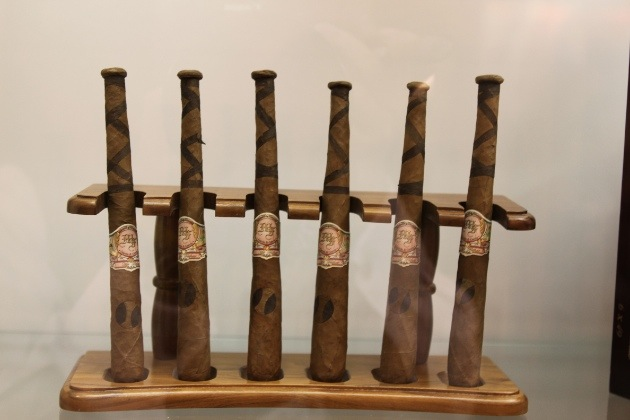 It was by no means the first time the cigar shapes had been seen as Pepín, who is a legendary roller, has been rolling them for years at events, including the 2004 RTDA show, which is now  known as IPCPR.

In late 2010, retailers started receiving very limited quantities of the Baseball Bat that were shown at IPCPR 2010 and a My Father Pipe. To my knowledge, this was the first time that they were offered for sale. At the time, very little was known about these cigars.

Last year while shooting Janny García’s portrait, we asked her about these cigars. She gave us a bit of info. First, there is no actual blend and it’s unknown what tobacco was used. This means that each Baseball Bat or Pipe could contain entirely different tobacco than every other one made. In addition, these are said to be rolled by one of two people: José “Pepín” García or Jaime García’s wife, Dany, who is also a highly skilled roller. 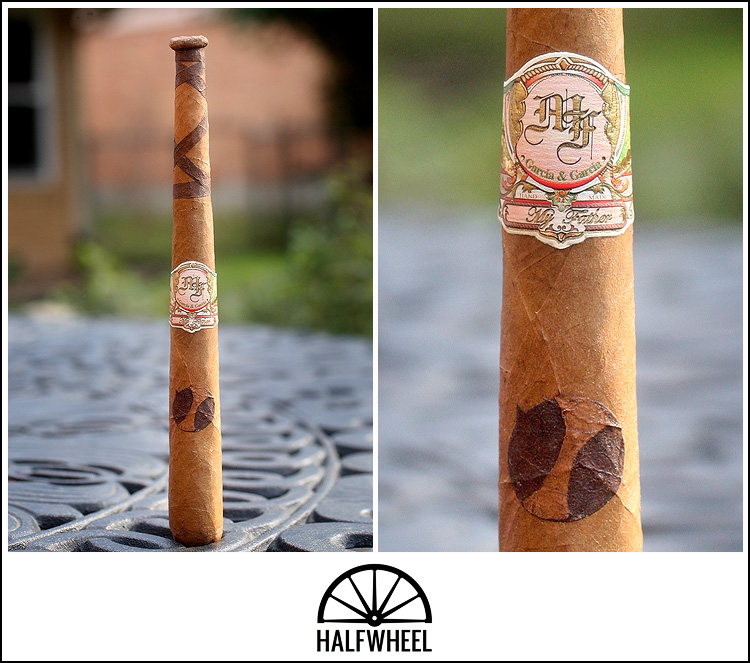 The Baseball Bat is obviously interesting to look at. In fact, looking at it, I am not really sure which end to cut. It is shockingly light when held in the hand, almost to the point that I am wondering if these are not even supposed to be smoked, only looked at. The wrapper is a very light honey brown, and the designs are extremely well done, there is a baseball made of tobacco right below the band. Despite being packed in cellophane there is no smell at all coming from the cigar itself. The Baseball Bat is so spongy when squeezed, I am afraid I can almost pinch my fingers together. At the top of the bat, there is a traditional cap and at the bottom of the cigar is the butt of the bat made out of tobacco. After a bit of a debate with Charlie, I decide to smoke from the smallest end and cut the cap off to allow for a draw. After the cold draw, which tastes like literally nothing, I don’t really have high expectations.

The My Father Baseball Bat starts the first third extremely bitter and only gets worse. It is a pretty nasty taste, like what I imagine eating random droppings at a farm tastes like. I am barely able to continue smoking and contemplate getting drunk to help deal with the taste. The draw is too loose and about halfway through the first third, the wrapper starts to unravel in a pretty significant way, leading me to consider putting it out. However, I decide to soldier through for your enjoyment, and the pictures. 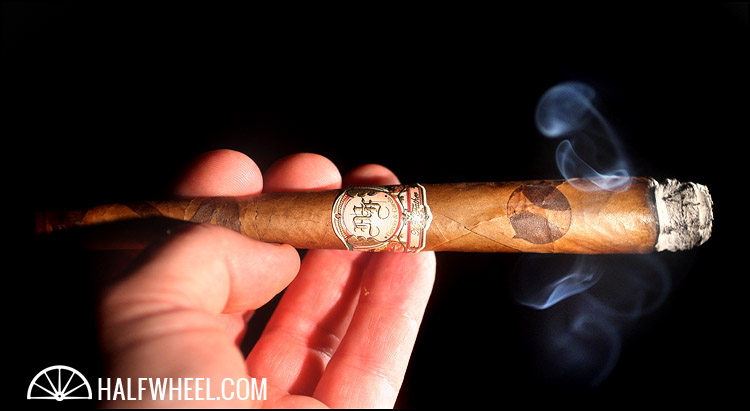 As the second third gets going, I continue to contemplate with throwing the cigar away. The wrapper continues to unravel, bad enough where I decide that tearing a piece of the wrapper off was the easiest remedy for fixing. Ultimately, wrapper surgery goes well and the cigar burns a lot better. Unfortunately, fixing the profile was not as easy: bitter, rancid and not much else. 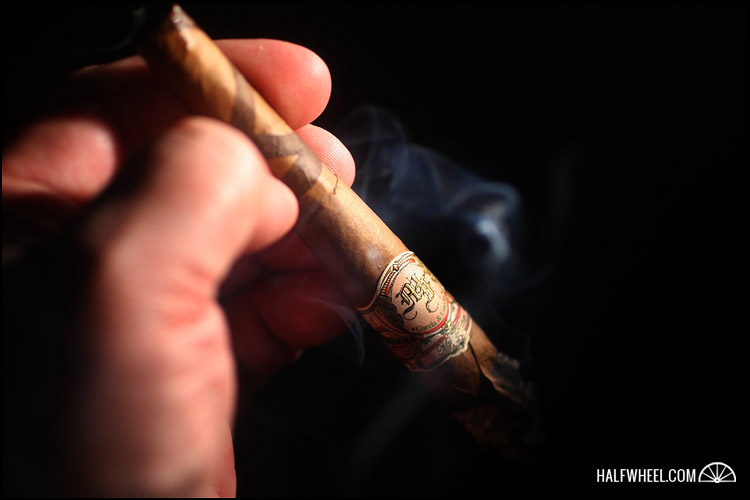 Sadly, albeit predictably, the Bat continues on its trend of awfulness. The bitterness overwhelms any actual flavors there may be, to the point that I am almost starting to get physically ill. There is nothing else to taste and I have to slow down or risk losing my dinner, not because of nicotine, but because of how bad this tastes. The one bright spot is the burn, which really gets quite a bit better, burning perfectly as the RG thins down. 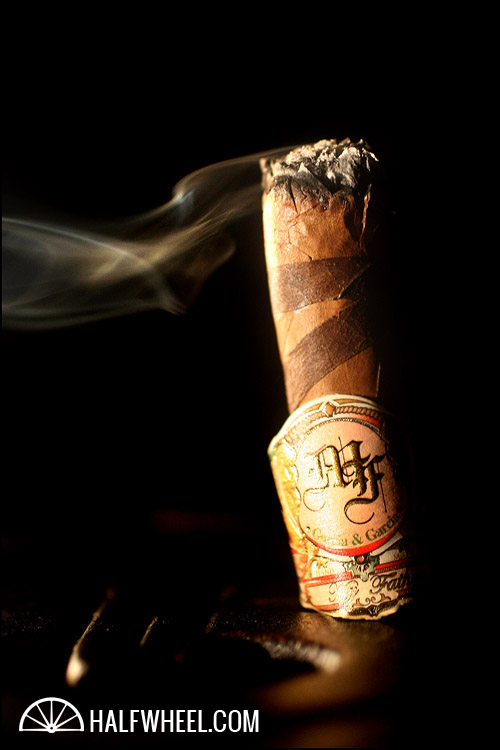 Both the Baseball Bat and the Pipe are extremely cool to look at and actually draw fairly well, and my hat goes off to the rollers. Each one is just an amazing work of art that obviously took quite a bit of time, talent and effort to complete. Having said that, the My Father Baseball Bat is obviously a cigar that was not intended to be smoked: there were no flavors, no notes, no profile, just a rancid bitter flavor that never goes away and in fact, only gets worse (and stronger) until the blessed end of the cigar. Slowing down puffing did not help, speeding up puffing did not help, the only thing that would stop the pain is to actually stop smoking and wash my mouth out. If you have one of these, please, for the love of all that is holy, do not smoke it. Just enjoy it for what it is, a piece of cool looking art that just happens to be made of tobacco. You have been warned.