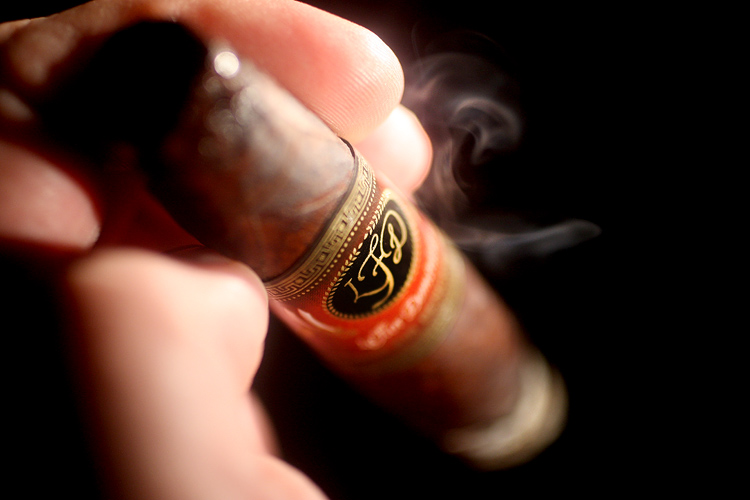 During the IPCPR show in 2011, La Flor Dominicana showed off a unique humidor, with a unique blend. The Casa del Tobaco was a scale model humidor of a tobacco curing barn that typically holds tobacco after it has been harvested. Inside were a total of 24 Airbender Maduros measuring 6 1/2 x 54, each featuring the same blend as the Airbender, but with a Brazilian Habano wrapper. This was the first time that Airbender Maduro blend was used. 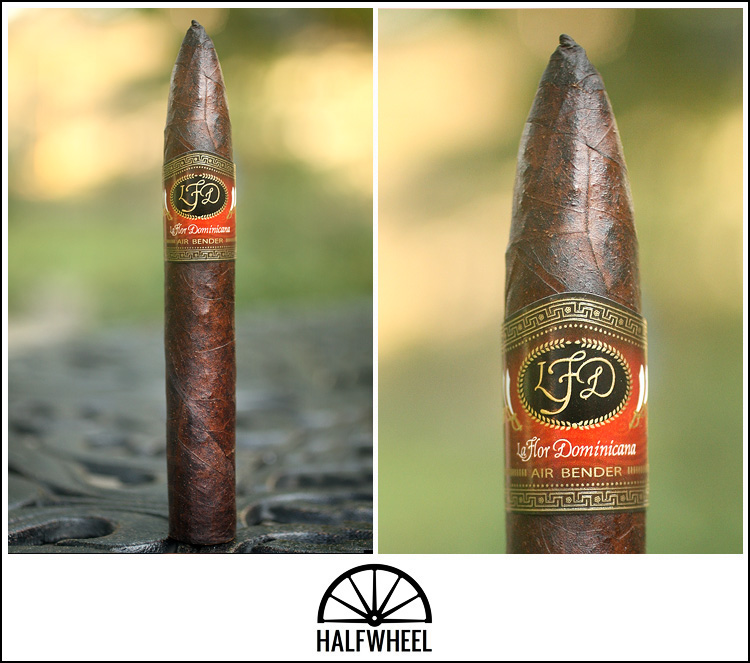 The LFD TAA creation is extremely striking to look at with a dark brown and black wrapper that looks like it was dipped in oil. Interestingly, although there is an abundance of oil, the Brazilian wrapper is still quite rough to the touch. It has the perfect amount of give when squeezed and the smells strongly of manure, barnyard, hay and leather.

The first third of the La Flor Dominicana TAA 2012 Air Bender Maduro Torpedo starts off instantly with notes of dark, slightly bitter chocolate, leather and earth. There’s also a wonderful amount of spice on the tongue that quickly fades to the background after about 10 puffs. I am getting just a bit of black pepper on the retrohale, but not in the mouth or on the lips. The draw is wonderful and the burn is excellent after it took a little to get the wrapper lit. Strength starts out as a solid medium, and while it is not going anywhere fast, it is steadily getting stronger. Coming into the second third of the Litto Gomez creation and the profile is pretty much the same for the most part. The same basic flavors in the same amounts: espresso, leather, earth and slightly bitter chocolate. There is a bit of general sweetness that comes and goes, but it is just not that strong at this point in the cigar for me to really nail down a specific flavor. As expected the strength has increased to a stronger medium, but not that quickly at all and I would be surprised if it crossed the line to full. Burn and draw remain excellent, and the smoke production is enormous. 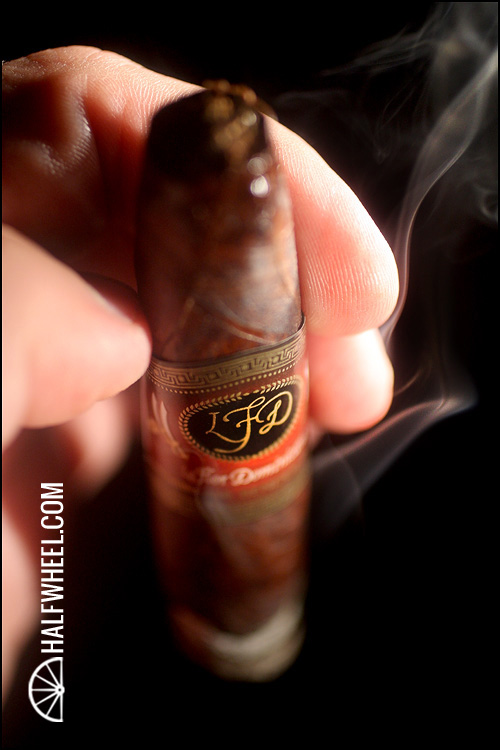 The final third of the TAA cigar shows a few changes in profile, flavors and strength. First, the profile gets quite a bit creamier and richer, which combines very well with the espresso and chocolate notes from the first two thirds that are still dominant. Second, the overall strength of the cigar continues to rise and ends the right under the full mark. There are a few more flavors that have come to the forefront as well, most notably oak and an interesting note that reminded me strongly of red wine. Construction remains excellent until the end of the smoke, and it did not even get close to getting harsh. 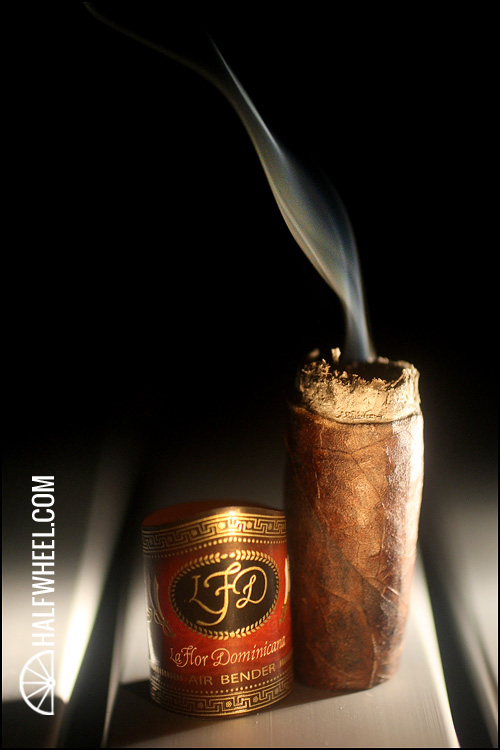 While I enjoyed the dark, heavy and slightly sweet profile of the La Flor Dominicana TAA  2012 Air Bender Maduro Torpedo, the lack of complexity in the blend really took my enthusiasm down a notch. Having said that, overall construction was wonderful for the most part, there was quite a bit of smoke production, and unlike most of Litto's sticks, the strength was not overwhelming at all, and actually worked in harmony with the blend. The profile is right down my ally, but honestly, I would rather pay more and get one of the Small Batch No. 4 or the new Small Batch No. 4 Oscuro.