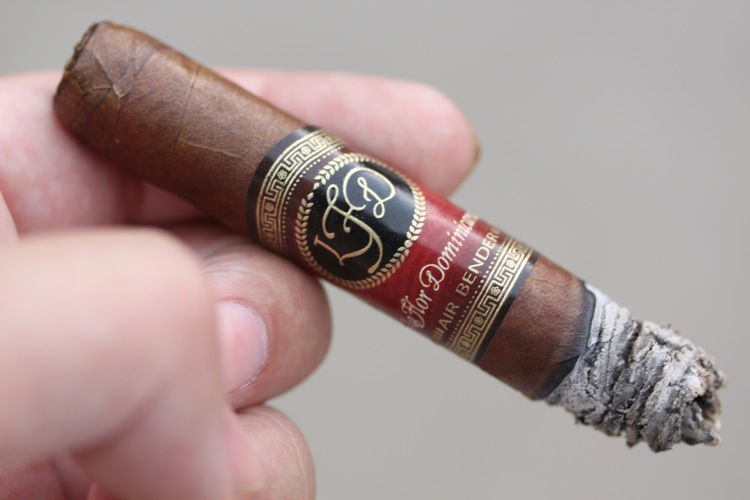 As pointed out by Michelle Stewart of La Flor Dominicana, I’ve been on a Litto Gomez kick of late. I promise you, there won’t be a review of every Litto Lancero done (we aren’t even doing any of the Culebra Lanceros), but it wouldn’t be fair to do this without looking at the Air Bender. Litto’s “newest” line has seen quite an expansion since it was released a little over a year ago, and that included a proper El Laguito No. 1, the only one Litto makes from what I know. Post jump, thoughts from yours truly. 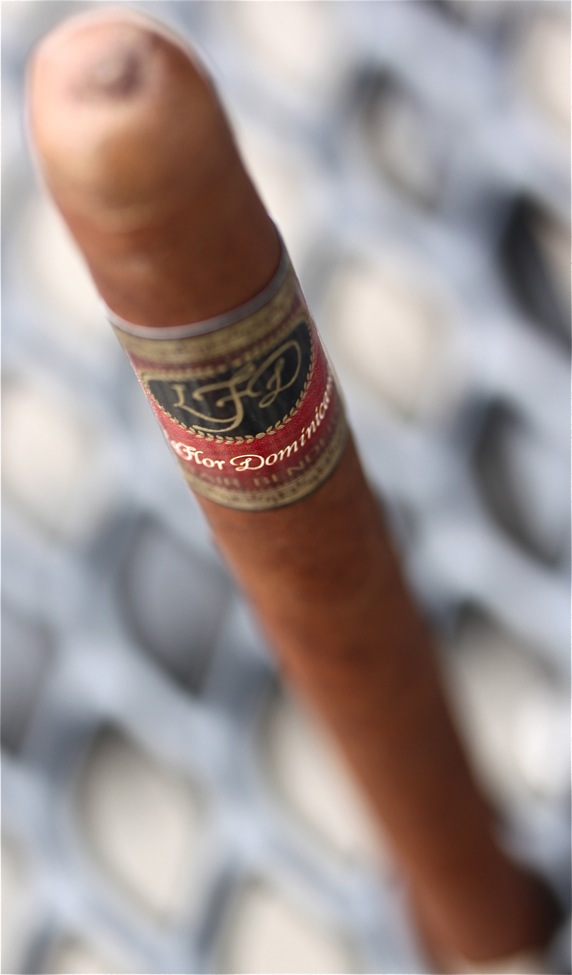 The Story
The Air Bender first started life as an event only cigar. In early 2010 Litto announced that La Flor would release the cigar as a regular line in four formats, all with RGs 50 and over. Stogie Guys interviewed Litto shortly thereafter, which explains much of the history of the line:

Some think the line’s name is itself a nod to martial arts (apparently there’s an animated television series called Avatar: The Last Airbender).

But Gomez gave us a different explanation. “When we smoke, we bend the air,” he said. “You can see smoke split the air as it leaves a cigar. That’s why I thought ‘Air Bender’ would be a perfect name for my newest line.”

The Ecuadorian Habano wrapper has a dull darkness to it, but it’s a light-medium with decent reds and a medium amount of veins. Aroma from the Air Bender’s capa is a mixture of leather and black pepper, full as expected Packing is average with little resistance. The one thing that is quite remarkable is the consistency of Tabacalera La Flor’s rolling, foots across each specific Lancero look almost identical. Aroma from said foot is earth, grains and dark herbs, relatively full with no traceable pepper. 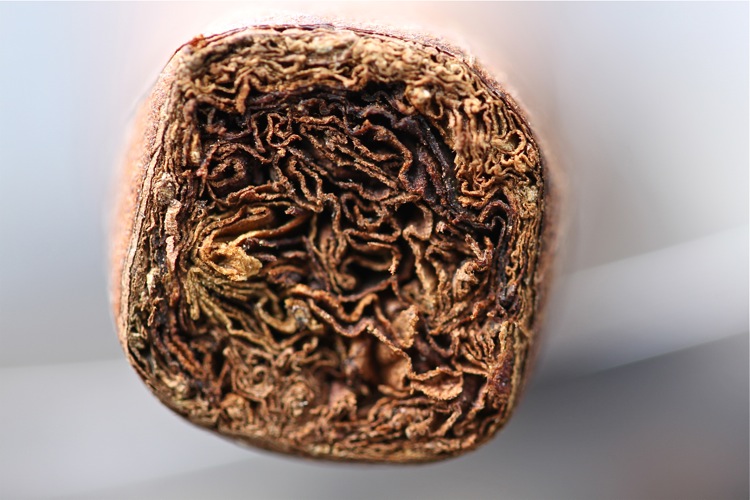 Lighting
V-Cutting the pigtailed cap reveals a full mix of herbs, pepper and a toasty cocoa. Lighting the Air Bender serves as a nice prerequisite a distinct pepper and toasty mixture. But then there’s the first draw. It’s a dry cocoa transitioning into a toasty woodsiness; medium, short, disappointing and unfortunately something that happened on more than one occasion. 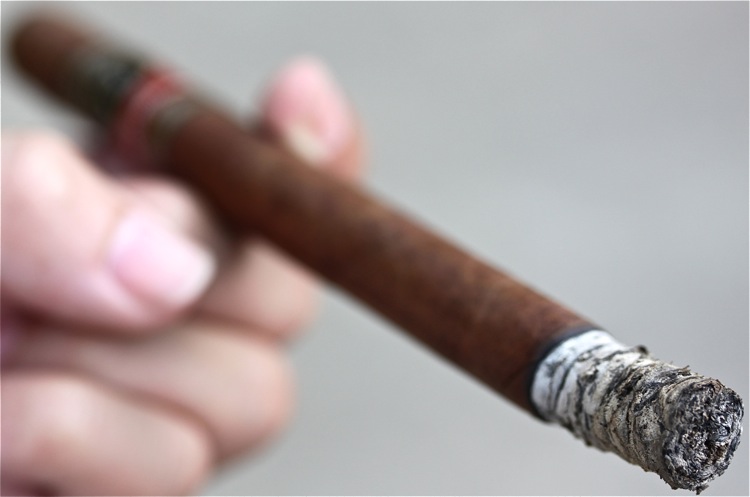 First Third
A dominating red pepper, earth and tobacco; full. Finish sees much of the same: earth, pepper, a sweeter tobacco and earth; full and medium. The Air Bender has a tight draw, but Litto’s dream of bending air is alive and well. A hefty amount of toasty smoke trails off the foot of the cigar, while each draw produces a good amount of smoke. Strength is full, not really much of a surprise since we are talking Litto; body is full, although the weight of the smoke is a bit lighter than I would have expected. 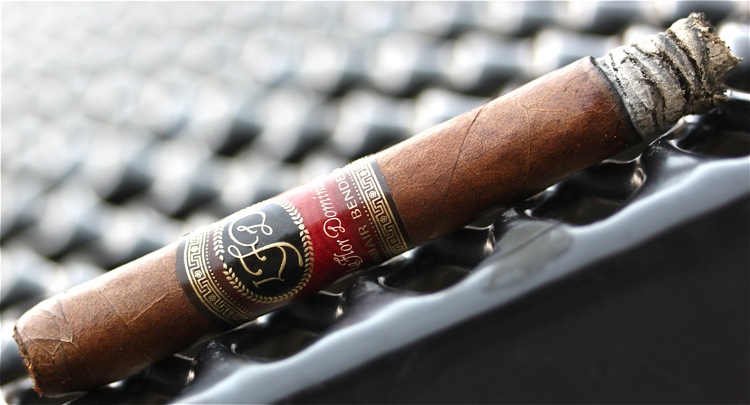 Second Third
The middle portion of the LFD brings toasty tobacco with a interesting duel of red pepper and sweetness rounding out the full flavor profile. Finish adds a bit of oak, but for the most part it’s the initial flavor. Draw continues to remain tight, but the burn remains fine. A bit over an inch of mixed-colored ash holds before falling nicely into the ashtray. What’s a bit peculiar is a fairly consistent drop off in strength, as each Villano I smoked went from a full strength in the first third to a medium-full in the second third, along with contrasting increase in body. 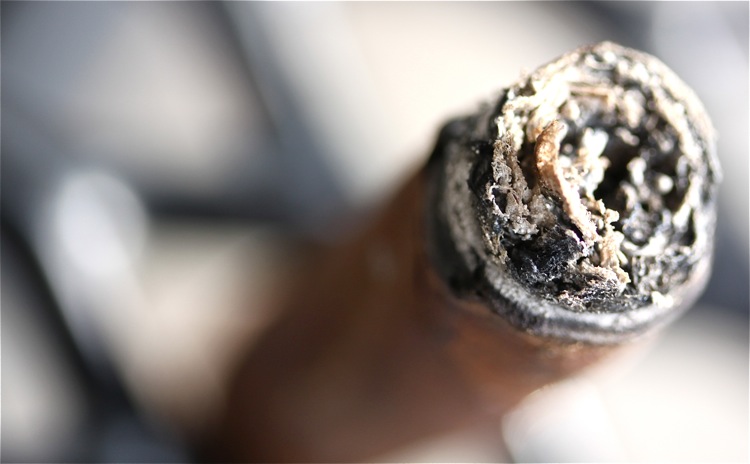 Final Third
Welcome to the wild wild west. Things get interesting. Sometimes a pepper just closed out the Air Bender in the only way that seemed fit. Other times delicacies such as coffee and leather breakthrough. Whatever the case, it’s full and it’s different (from both the first two thirds and across the three I smoked.) Construction remains a topic not worth spending much time, a few pokes with the draw tool are made, but I’m not certain they were necessary as the Air Bender was never that plugged. With about an inch and a half left, I say goodbye to the Air Bender Villano.

For the Novice
No. There’s a reputation, it’s not hype; bending air is dangerous. In the End
Solid cigar? Yes. Am I fan of the blend? Err… This and the Chisel (Plus) are by far my favorites of the Air Bender line, but I’m just not sold. Flavors are good, nothing seems overwhelming; but I feel like this could be put together better. For me the Double Ligero line is where it’s at, at least as of now. Perhaps over time the Villano will gain what’s needed, but as of now this just isn’t for me.

83. I think you get the idea… I promise, I really wanted to like this.