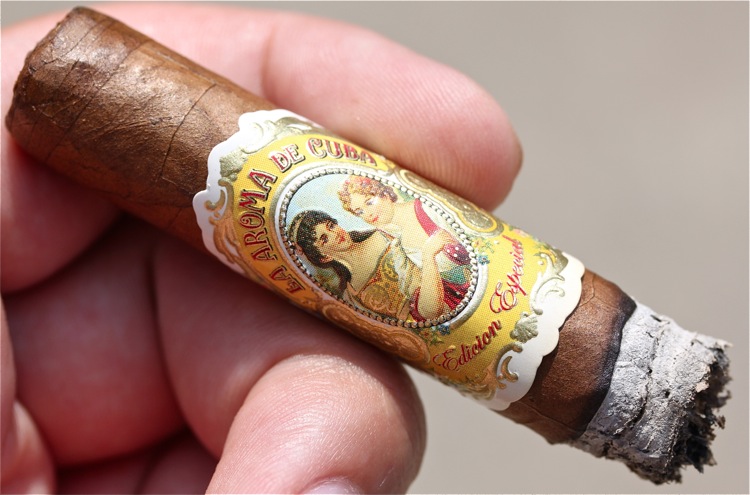 Shocking, another Pepín Lancero. This time, the cigar is produced by the My Father Cigars S.A. factory for Ashton. It’s part of the ever-growing La Aroma de Cuba brand that is Ashton’s friendlier priced brand. It’s not exactly a staple brand of mine, but because of creative marketing, this is one of the more popular Lanceros both in the catalogs, as well as B&Ms. Anyways, after the jump, a review of the Edición Especial Lancero. 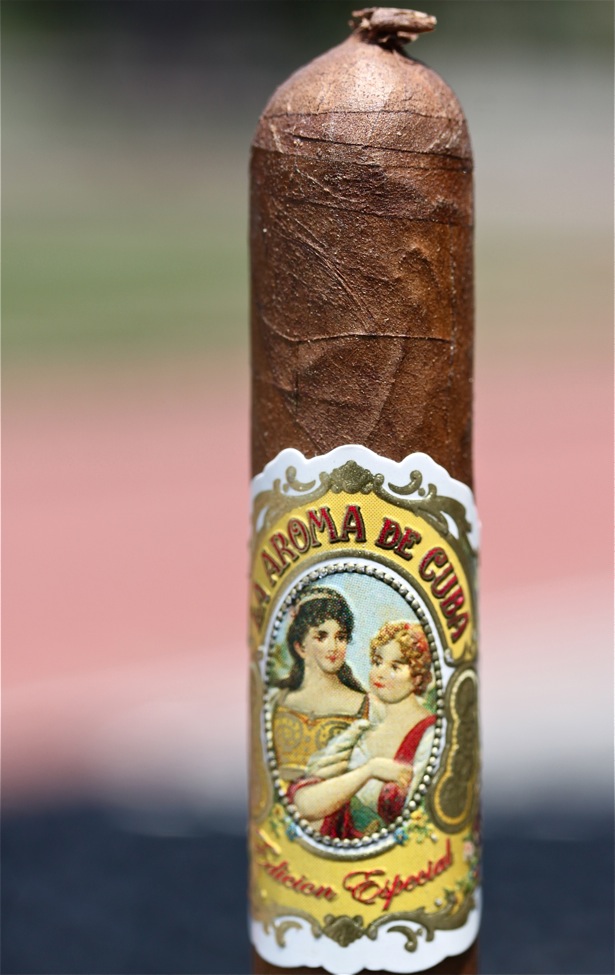 Today’s Smoke
La Aroma de Cuba Edición Especial Lancero The La Aroma de Cuba is an old Cuban brand. It’s most famous for being one of Sir Winston Churchill’s favorite cigars, despite it was never that popular. I don’t know when it was discontinued, but I did find one picture of the original box. In 2002, Robert Levin, head of Ashton, brought the brand back with a cigar being made at Altadis’ Flor de Copan factory in Honduras. Nestor Plasencia provided the wrapper, but eventually Levin decided to change the brand. In 2008, Ashton introduced the La Aroma de Cuba Edición Especial, made by Pepín García in Tabacalera Cubanas S.A. In 2009, Ashton announced that the original La Aroma de Cuba had been re-blended by Pepín and production moved to My Father Cigars S.A., which is part of lawsuit we covered here. At last year’s IPCPR, Ashton introduced the La Aroma de Cuba Mi Amor, featuring a San Andreas wrapper, also made by Pepín. La Aroma de Cuba and Ashton/Holt’s are mentioned in the lawsuit filed by Eduardo Fernandez against the García family. (Link, in case you missed the one above.)

The Lancero is the only format of the Edición Especial not offered in boxes of twenty-five. Instead, Ashton packages it with its sisterbrand San Cristobal, in boxes of ten (five Lanceros of each brand.) Both cigars are traditional El Laguito No. 1 and feature the hybrid pigtailed triple cap that Pepín employs on a lot of his Lanceros. The Ecuadorian Sun Grown wrapper has a bit of fading, but is generally a fading earth tone. Aroma is a warm chocolate with a velvety texture that helps to mask some of the dominating sweetness, straight forward and medium. Rolling is tight producing an average firmness. The foot of the La Aroma de Cuba has the similar flavor as the wrapper, with a bit of cedar, toastiness and pepper finishing out the medium-plus aroma. 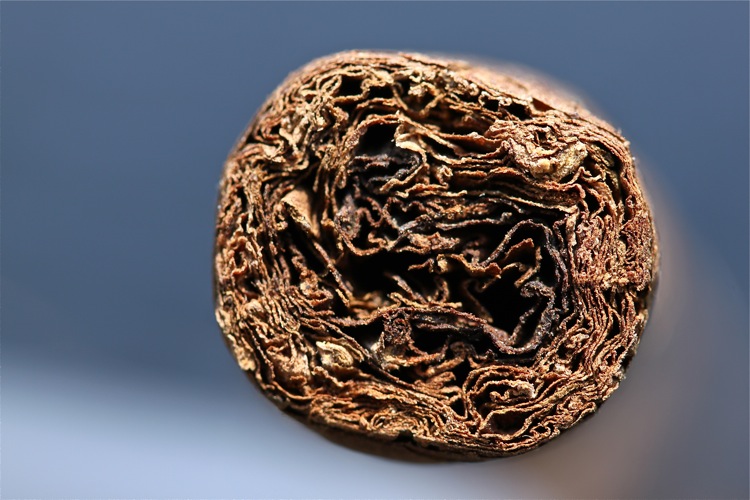 Lighting
After removing the cap, there’s a cocoa and earth aroma with lots of red pepper on the full finish. Cold draw of the La Aroma de Cuba Lancero is a sweet brownie cocoa and fruity perfume with some hints of meaty, medium-full. Toasting producing cedar, pepper and earth. The first draw doesn’t provide a lot of smoke, but the Pepín creation starts with a sweet cocoa that transitions into a deep nuts. Finish starts with a mixing of coffee and nuts, bits of cedar and spice. It’s medium in flavor and extremely quick. 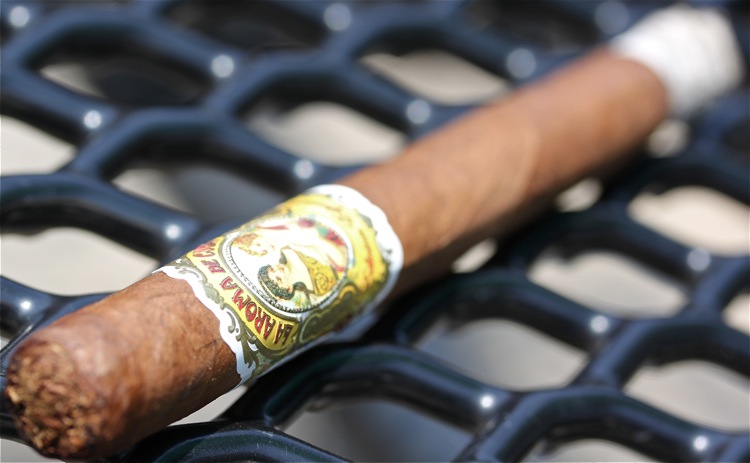 First Third
It’s cocoa and nuts over earth, a generic sweetness and a black pepper that hits the middle throat. Both the flavor and finish are medium plus with the latter being a mix of sweet woods and nuts over bitter cocoa and some harshness. Once again, the flavors go by in shotgun manner and draw is a bit tight. Strength is medium-plus and draw is still a bit tight. Burn is good, although it’s a below average smoke production. 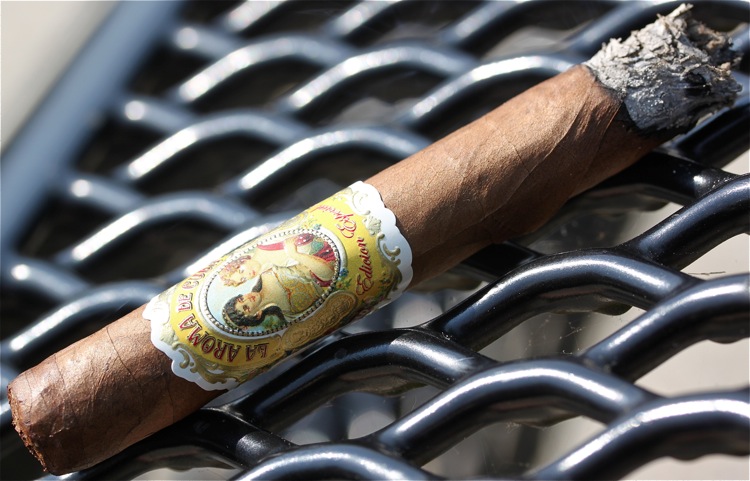 Second Third
The La Aroma de Cuba brings a toastier core with cocoa and sweet earth emerging and harshness gone from the medium-full flavor. Finish is oak, herbs, toasty with cocoa; it’s a medium-full mixture and medium to long. Draw improves, and so does smoke production with the toasty cocoa aroma from the first third transitioning to a bit of herbs. The mixed dark ash holds for an inch, much like the first third. 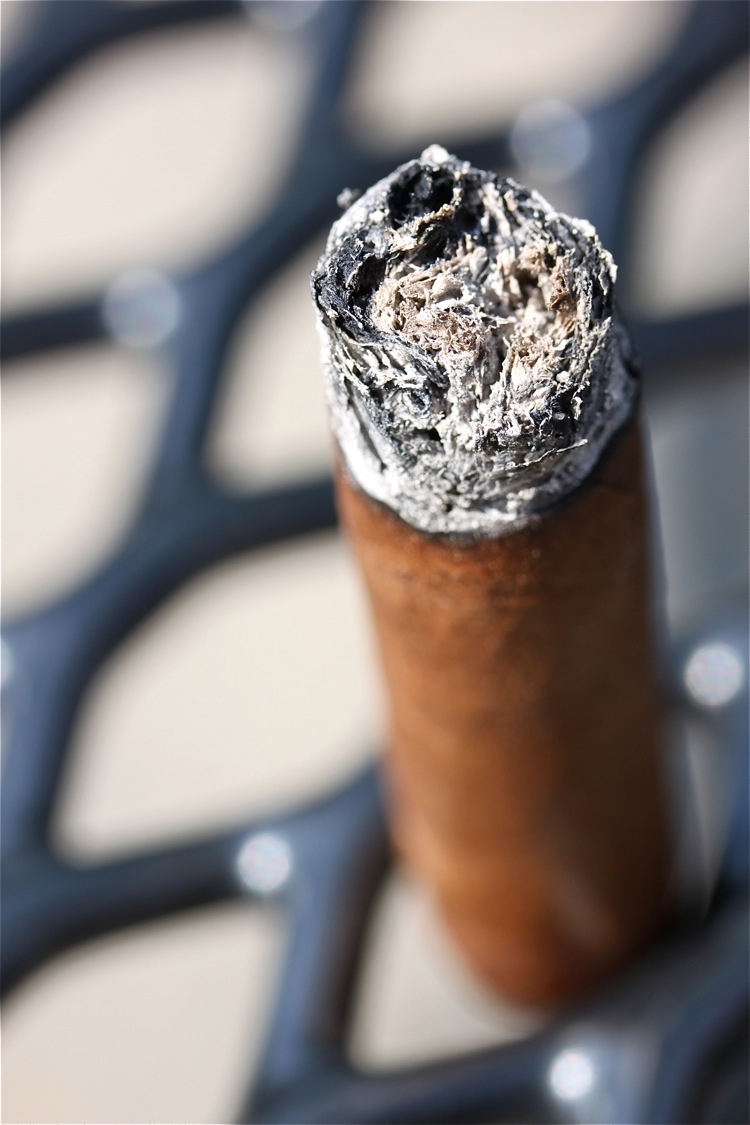 Final Third
Flavor continues to morph together as the Edición Especial progresses. Toastiness, nuts, herbs and some bitter cocoa make up the full flavor that still is without spice. Finish is a bit all over the place according to my notes, but expect herbs, cocoa and nuts; cedar, harshness, butterscotch and meatiness also made appearances, just not all at once. Much of the rest stays the same, smoke production gets a bit inconsistent as the cigar slows down, seemingly improving the burn. As evidenced above, the solid construction of the La Aroma de Cuba Edición Especial allows for me to smoke until an inch let without any harshness or heat problems.

For the Novice
Too strong. It’s not full in terms of strength, but it’s too strong. Body and flavor are also a bit challenging, but that’s an afterthought. 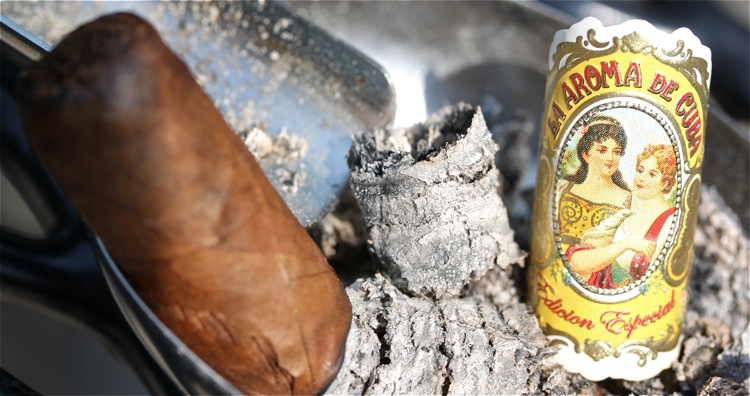 In the End
I’m a bit undecided about the La Aroma de Cuba Edición Especial in the Lancero format. Do I like the flavor? Yes. Do I like it enough? Probably not. My real problem lies in the pricetag, which “listed” is obnoxiously high, higher than my beloved My Father No. 4. The Edición Especial is smooth and rich, but it’s definitely not complex. Well put together and enjoyable, but it lacks the excitement that a lot of Lanceros have. While I thoroughly enjoy smoking them, it’s because it’s a good cigar, not a great cigar. As far as I’m concerned it’s reached its potential, a good cigar, but one that can leave some disappointment, particularly if you are paying double figures.