A few weeks ago, Jeremy Soares, the My Father Cigars representative for the New England area, made it known that he had a special version of the Jaime Garcia Reserva Especial available for select stores only in his region.

As you recall, the Jaime Garcia Reserva Especial 2011 Limited Edition was released at the 2011 IPCPR trade show in boxes of 16 with one of the cigars having a natural Ecuadorian Connecticut wrapper as opposed to the Broadleaf Connecticut found on the other 15. That sixteenth cigar became a highly sought-after commodity in numerous cigar stores, often being the first one plucked from a new box.

Apparently, My Father Cigars was considering the Ecuadorian Connecticut version for the 2012 version of the Jaime Garcia Reserva Especial. Wanting to get feedback, they placed one in each box in order to receive thoughts from retail customers and end consumers. As our former colleague Steve Valle noted, “I personally think it’s a wonderful idea because there is no better way to get a feel for a blend than to smoke it with different wrappers, that and the fact that My Father rarely uses traditional wrappers so it’s exciting as well.” 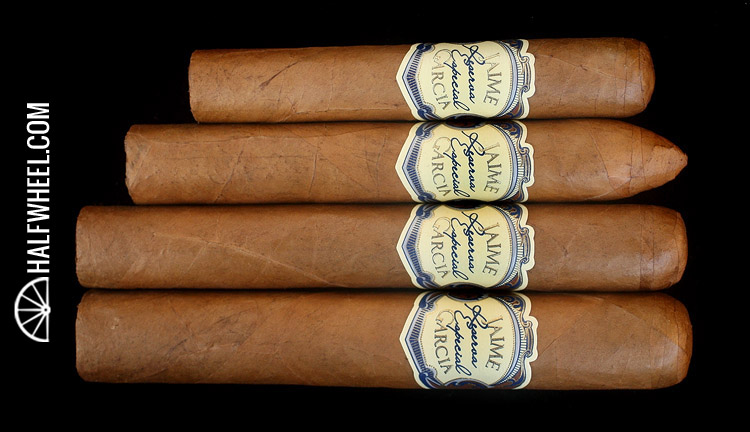 The sizes in order of appearance:

The only sizes in the regular Reserva Especial line that aren’t available with the natural Connecticut wrapper are the Robusto (5 1/4 x 52) and the Super Gordo (5 3/4 x 66).

The boxes of the Jaime Garcia Reserva Especial Connecticut look like this: 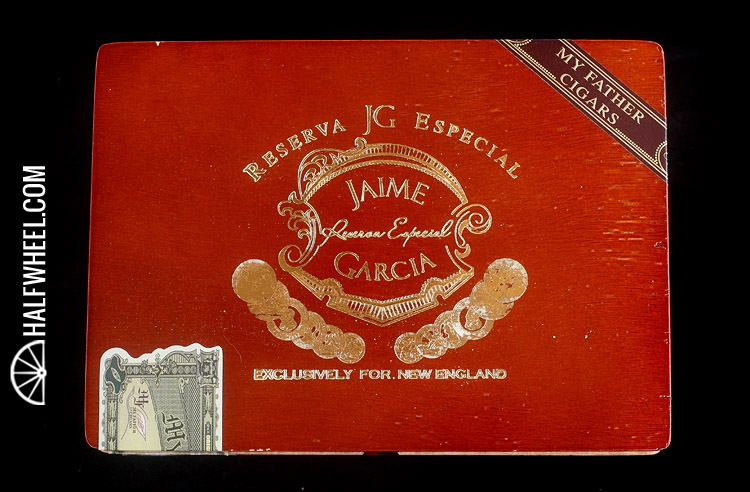 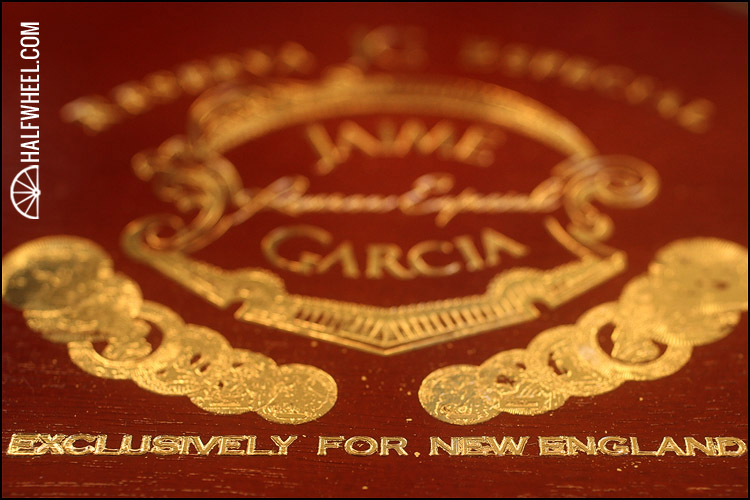 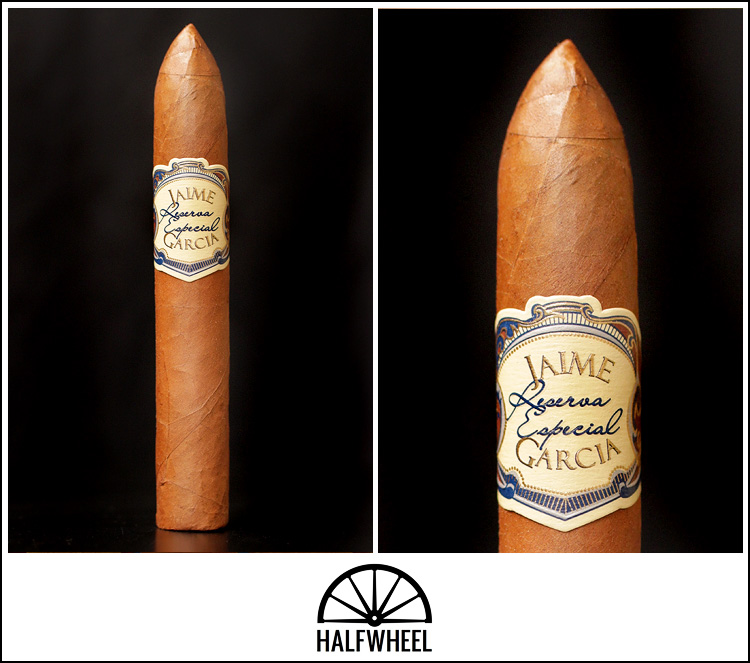 The wrapper of the Jaime Garcia Reserva Especial is a gorgeous golden butterscotch color with just a few veins but very noticeable edges. Both the cold draw and pre-light aroma had primary notes of cereal, grain and wheat with a bit of pepper tagging along while varying amounts of sweetness and butter found in each of the three cigars smoked for the review. Like many natural Connecticuts, the wrapper leaf is incredibly delicate – the first cigar was smoked in the sunlight on a warm morning and just a few moments resting on the metal stirrup of my Stinky ashtray produced a small crack.

The first third starts with notes of cereal and grain — fairly typical flavors for Connecticut wrapped cigars. There’s a bit of spice in the nose, though it’s subtle and rounded, not a stinging spice but more of a tickle. The ash hangs on tight for well over an inch of the Connecticut version of the Jaime Garcia Reserva Especial bending under its own weight before finally breaking off. Plenty of smooth, creamy smoke billows out in the first third, though its production slows significantly when it’s at rest. 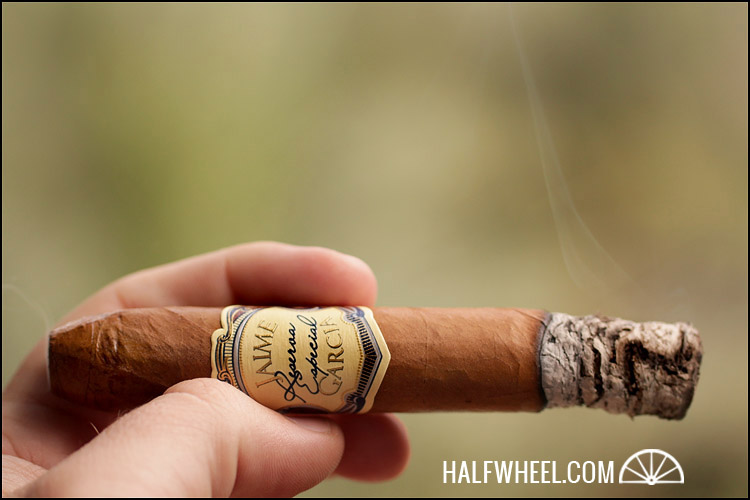 In the second third, the Jaime Garcia Reserva Especial adds a bit of depth to the flavor bringing in some light wood notes, but staying mild to mild-plus. There’s the faintest metallic note that’s been coming out sporadically since the start of the cigar; at first I thought it might have been the soda can leaving a bit of residual taste on my palate, but by this point I’m convinced it’s coming from the cigar. The smoke stays fairly light and fluffy. 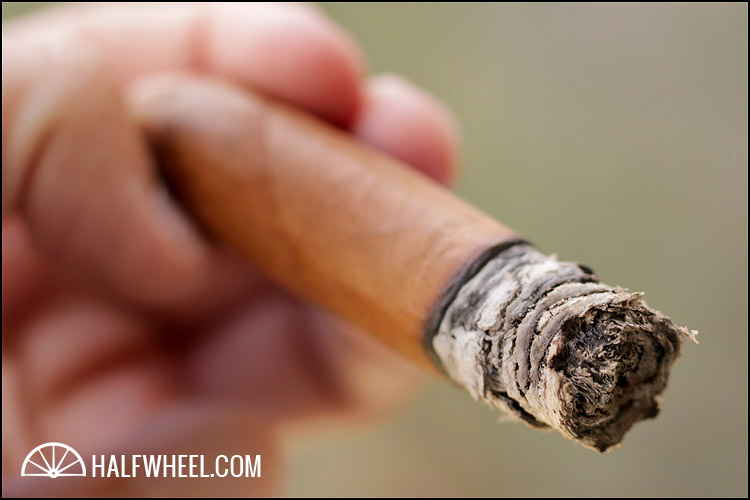 The final third begins with a touch of sourness, not an overwhelming taste, but enough to cause some concern about what might lie ahead. By the end of the second cigar smoked, the flavor had morphed into bitter and harsh preventing me from making it a finger burner. Other than that depth that comes about in the second third, there’s not much change happening in the final third. 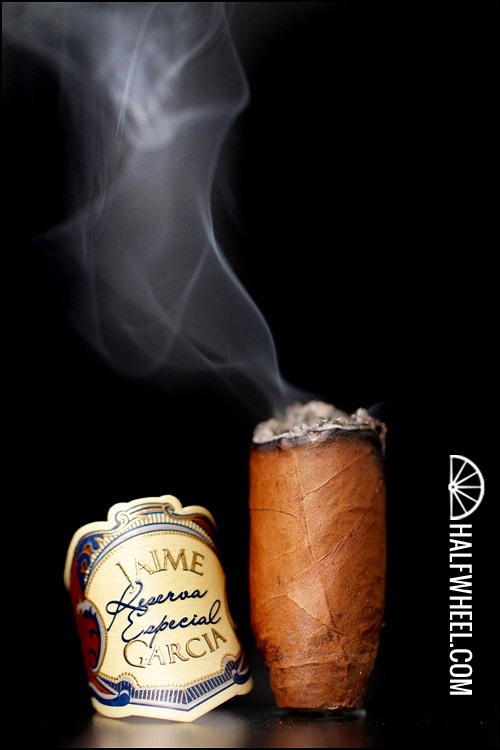 The Bottom Line: After one cigar, it was hard for me to get excited about the Jaime Garcia Reserva Especial Connecticut. After two, I could make a case for it as a good morning cigar or for those who want a milder stick that has just a bit of kick to it. After three, it became clear that this was a cigar geared towards people who want a milder cigar than My Father Cigars offers, and that this review would have to take that into account. As such, the Jaime Garcia Reserva Especial Connecticut is a darn good cigar, though its mildness might catch fans of Pepín and Jaime’s work a bit off guard. It’s by no means a pepper bomb, but the body is still full and it has enough subtle flavor to satisfy most palates. In short, this is a solid cigar aimed squarely at a segment of the cigar smoking community that hits its mark. Now with this cigar on the market, the focus is rightfully going to shift to the Jaime Garcia Reserva Especial 2012 Limited Edition, which looks like it will be 15 of the natural Connecticut wrapper with a new sixteenth cigar that hopes to be received with similar success as its predecessor.