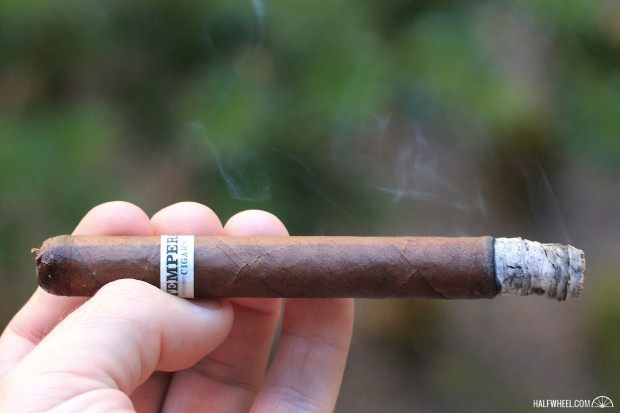 Few trends in the cigar industry over the past few years have been as polarizing as big ring gauge cigars. Some love them, other despise them, yet they sell well and seem to be a staple in almost every new release as well as an addition to many existing lines.

On the flip side of that, one of the questions that keeps coming up—particularly around trade show time—is is this the year that smaller ring gauges finally come back? The answer to that question has generally been a repetitive no, so much so that some of us have basically stopped asking the question. There’s no such thing as a trend towards small ring gauges, but rather a trend of manufacturers who think they can start a trend towards small ring gauges.

But that doesn’t mean that smaller ring gauge cigars are dead; far from it in fact. While they may not be big sellers across the board, there are pockets of consumers who gobble up lanceros and other sub-40 ring gauge sticks with fervor, and in fact there seem to be stores that are magnets for these consumers. Additionally, there are a good number of manufacturers who while not oblivious to the need to make big ring gauges, want to give fans of smaller sizes happy with options from their lines.

Put those two factors together, and you arrive at El Catador De Las Panetelas, otherwise known as The Panetela Project from RoMa Craft Tobac, which is being released as a store exclusive for Just For Him in Springfield, Mo. 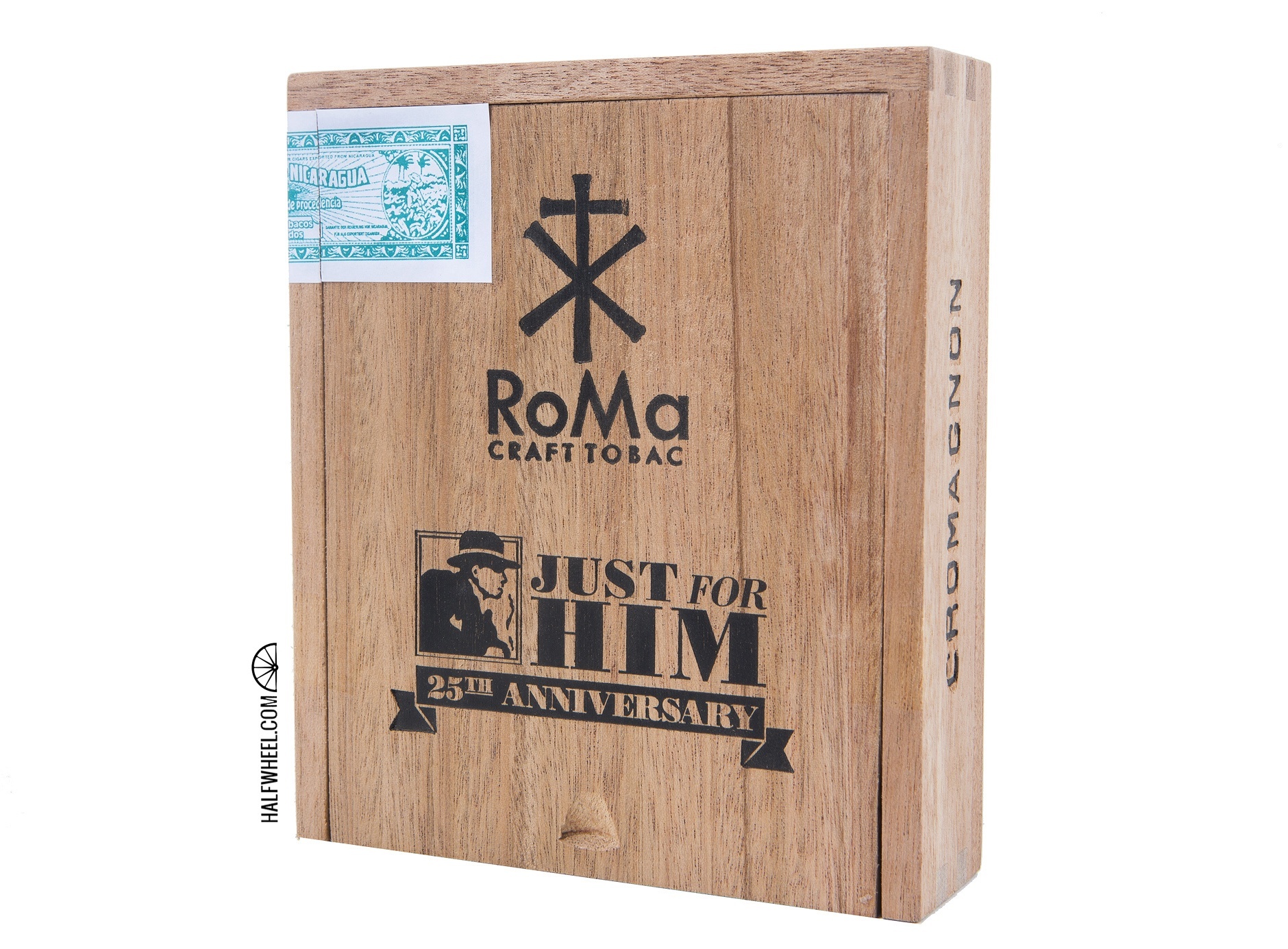 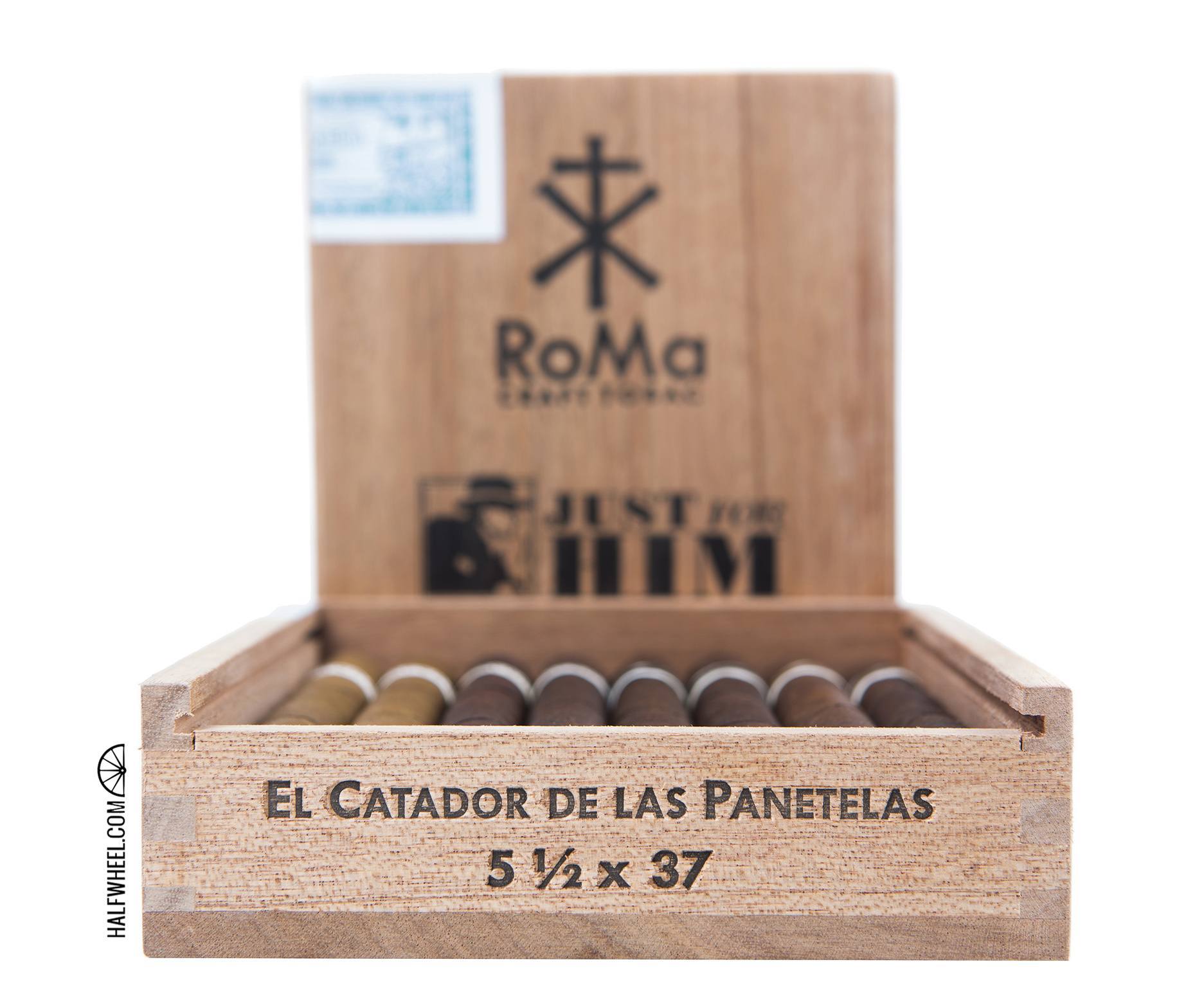 Skip Martin of RoMa Craft Tobac began teasing the project on social media several months ago, with it eventually being announced that it would be a sampler of the four core RoMa Craft Tobac blends in the rarely seen 5 1/2 x 37 panatela size.

“My partner, Esteban Disla, and I have primarily focused on the core lines for RoMa Craft Tobac,” said Martin. “On the side, however, we have worked to perfect our versions of industry classics.”

“The Panetela Project is our most recent effort, but it will most certainly not be our last, when it comes to demonstrating the ability of Nica Sueño and RoMa Craft Tobac to consistently produce extremely high quality cigars and continuously deliver value innovation in a highly competitive and crowded marketplace.” 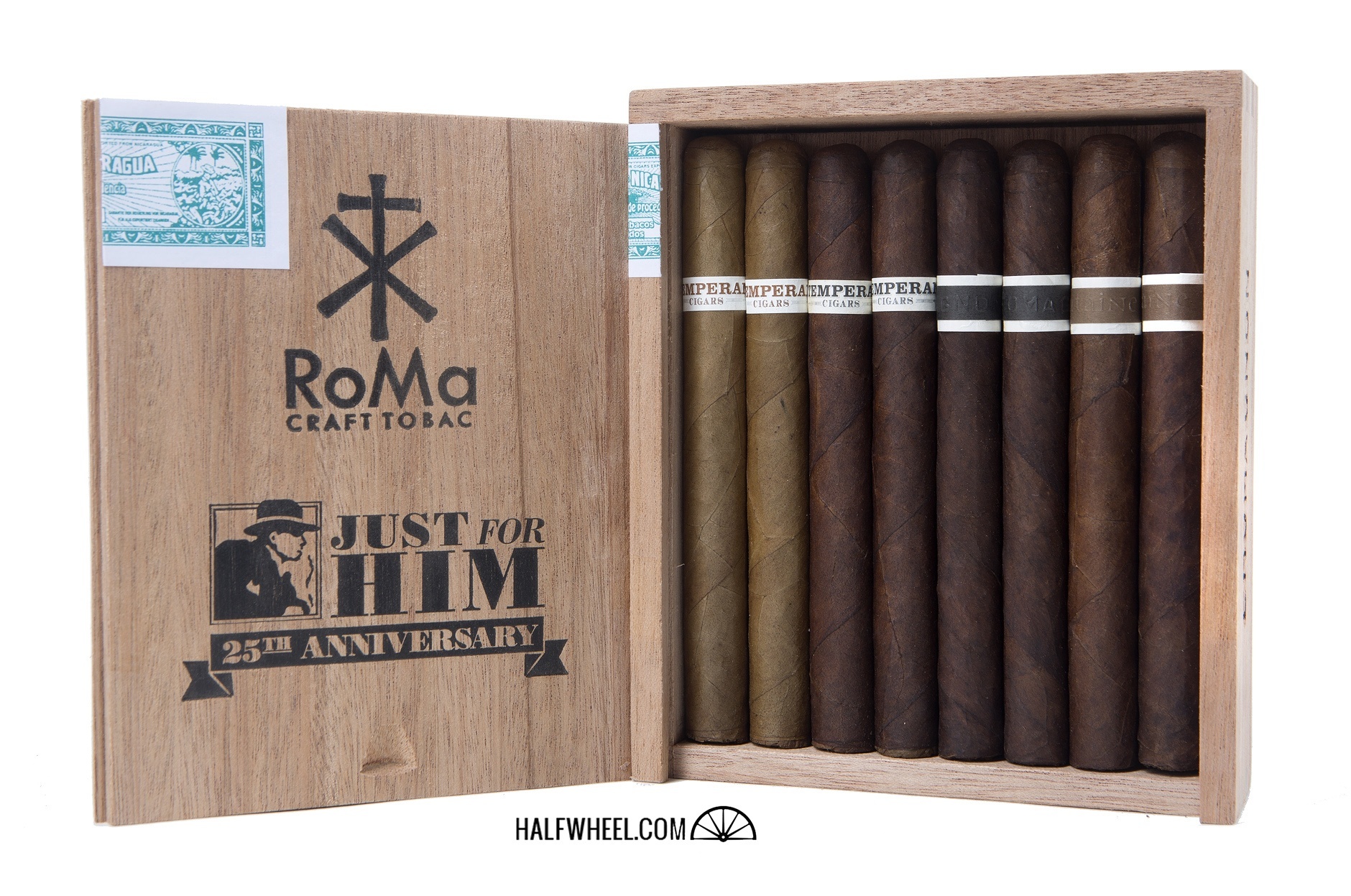 Only 225 of the samplers are being made, but that doesn’t mean that there are only 450 of these petite cigars being made. Once the samplers are sold out, Just For Him will have the option of retaining some of all of the cigars as limited production store exclusives. Should they decline that option on any of the cigars, it’s expected that another retailer will be given the chance to make the cigars an exclusive. 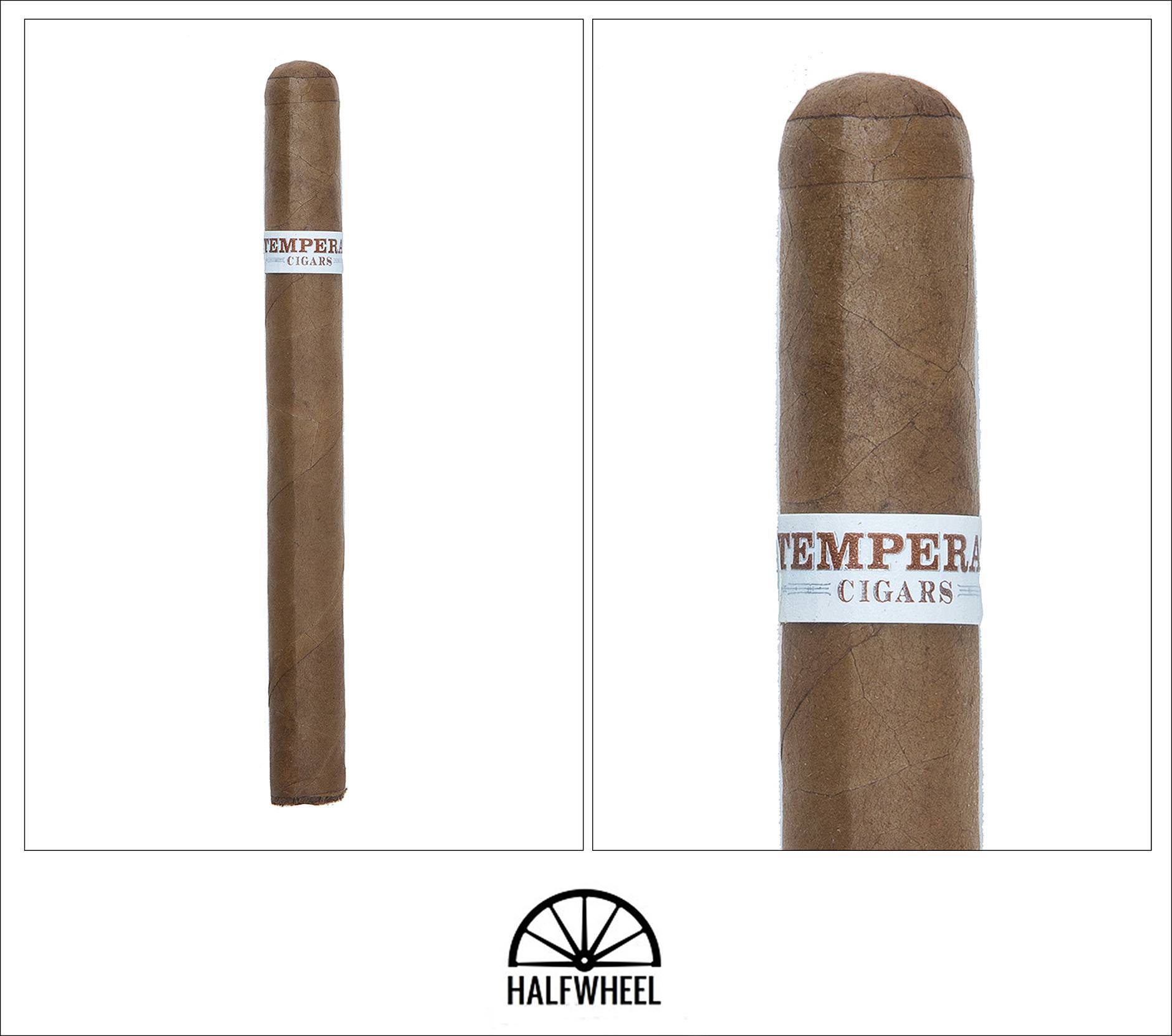 *Binder and filler are described as “primarily Nicaraguan”

**Each sampler contains two cigars of each of the four blends. All are expected to be made on an ongoing, limited basis going forward, although the samplers are capped at 225 units.

The size of the Intemperance BA XXI Vanity is a refreshing change from what has been a string of 50+ ring gauge cigars and will certainly feel familiar to lancero smokers. The wrapper is a deep, rich brown with a bit of tooth and some interesting looking veins that create little ridges on the cigar thanks to their structure. There is just the slightest bit of binder and filler showing at the foot—a trademark of the line—but as Brooks Whittington noted, something that might be overlooked if you weren’t aware of it because it is simply such a small amount. It’s a firm cigar, though not hard as there is a bit of give to be found, with a uniform feel from head to foot, which offers a uniquely peppery note, as a deep inhale results in a similar to sensation you’d get from a jalapeño note, while aromas of leather, touches of chopped wood and the faintest bit of natural sweetness. Air moves well on the cold draw, with a duality of subtle sweetness and a bit of peppery kick that make for an interesting combination.

Given the incredibly small amount of time there is between when the cigar is lit and when the wrapper and binder join the mix, it’s hard to pull out any exact notes on the differences, but on the third cigar a pungent note of jalapeno started things off as the cigar was lit up. The first few puffs set the tone for the cigar, starting with a bit of dry earth, some pepper for both palate and nose, and a woody sweetness that comes around in the aroma after a bit of a delay. It’s an enjoyable and engaging start, but if you attempt to sneak in an extra puff or two, the heat will turn things bitter and remind you to slow down and enjoy the cigar in more measured doses. The Intemperance Vanity puts out a decent amount of smoke while being puffed and hardly any while at rest, but it seems that’s when it offers some of the more subtle and enjoyable aromas. The first clump of ash on the first cigar split right down the middle, as if it had been chopped by an axe, but managed to hold on for just over half an inch before finally giving way, a length that was fairly common amongst the three cigars, though the split happened just once. There is a bit of strength that comes along after the ash departs, pushing the cigar more towards medium-full after starting medium-plus; a small difference but one that is noticeable. There is an incredibly interesting note that keeps drawing me back to visions of the pepperoncinis that often come with pizzas or sandwiches, and for whatever reason it seems more noticeable in the first cigar I reviewed, though traces of it are found in the other two. Retrohales start out fairly subdued but grow in strength through the first third, and it seems best to attempt them on the first puff of the cigar, rather than saving it for the last of several, as the heat and touches of harshness seem to carry over to the nose. 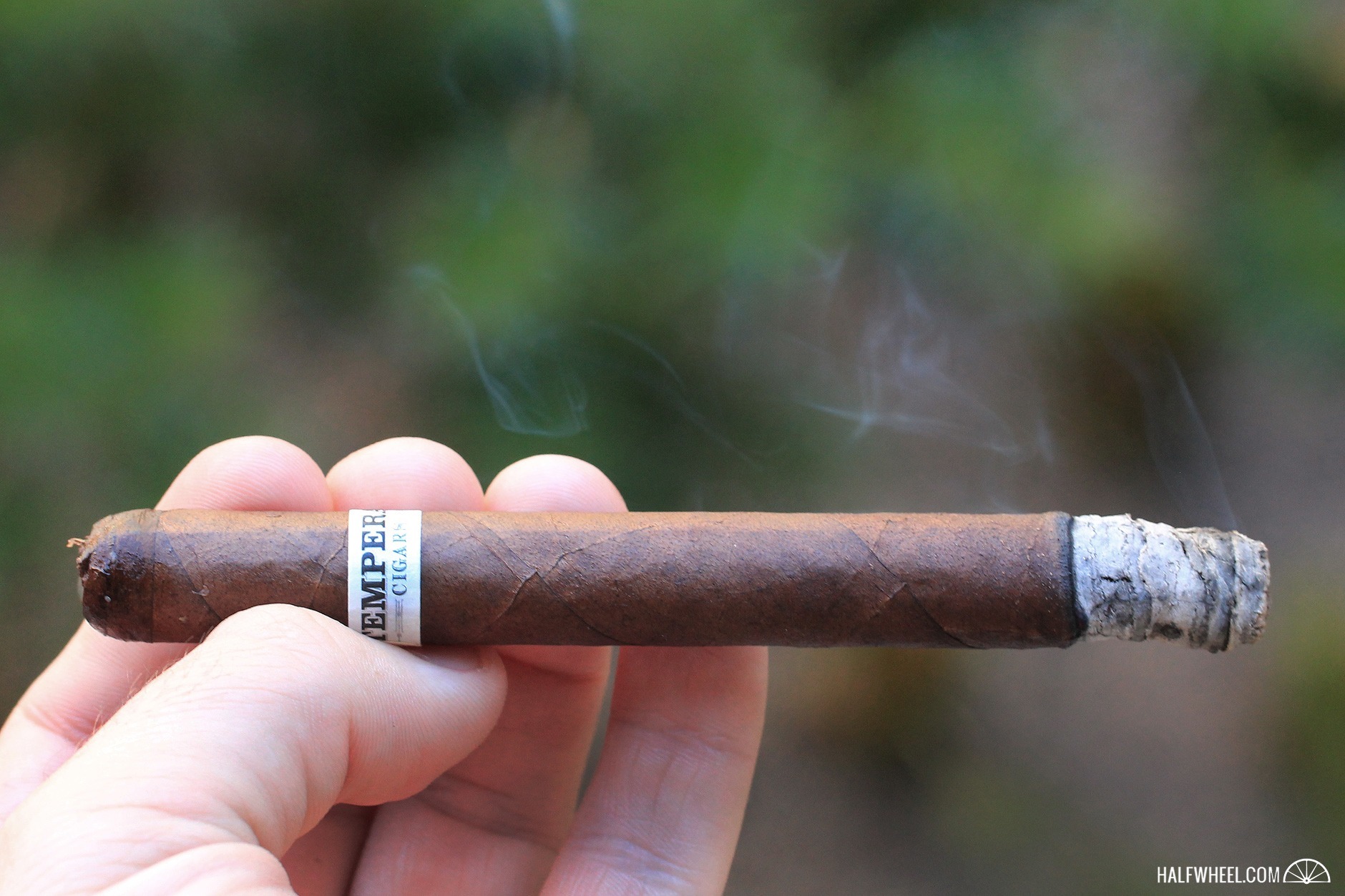 There continues to be an impressive amount of complexity to the Intemperance with earth and pepper moving towards the front and any sweetness now simply a mental remnant of the first third, at least on the palate. The aroma continues to be outstanding, delivering a woody note with just a bit of sappy sweetness that adds enhances the ambient air on a cool, slightly breezy day. Strength backs off just a bit at the midpoint and beyond, as the cigar is bit less robust and a bit more embraceable. Construction continues to be solid with an even burn line, decent smoke production and ash that does its best hanging on for increments of around three-quarters of an inch. The final puffs of the second third see the strength start to return, with the earth and pepper stepping back to the front of the discussion. 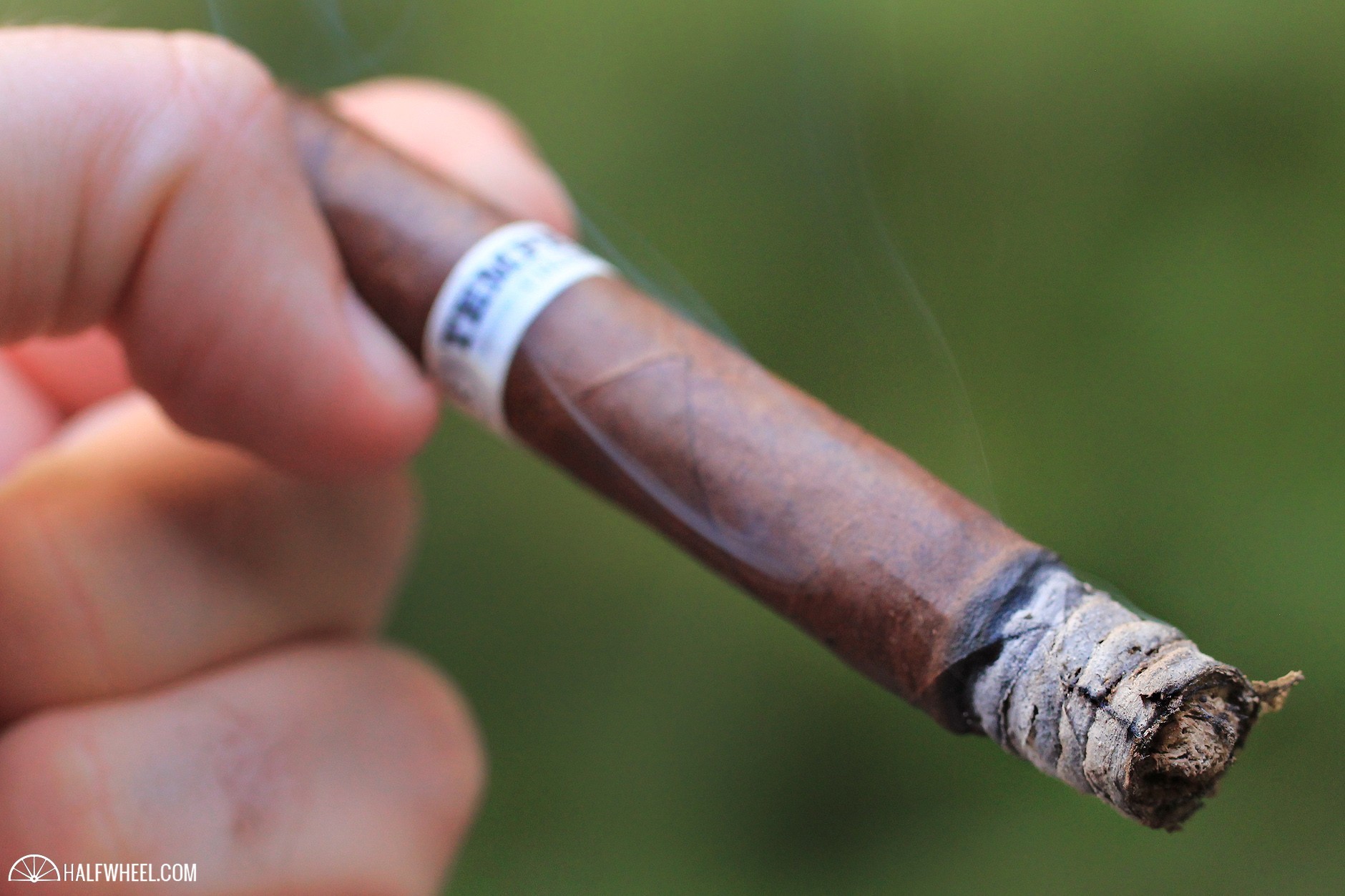 The first puffs of the final third are marked by an uptick of pepper in the nose; just the slightest bit sweet and continuing to carry the faint note of pepperoncini that has been a relative constant since the start of the cigar. That note is quickly shed in favor of earth and a touch of harshness though, the first appearance of the latter save for an overzealous puff or two earlier. My best attempts to keep the first cigar burning down to the nub are for naught, and so it finishes a bit earlier than I would like but certainly not before leaving a favorable impression on the senses, 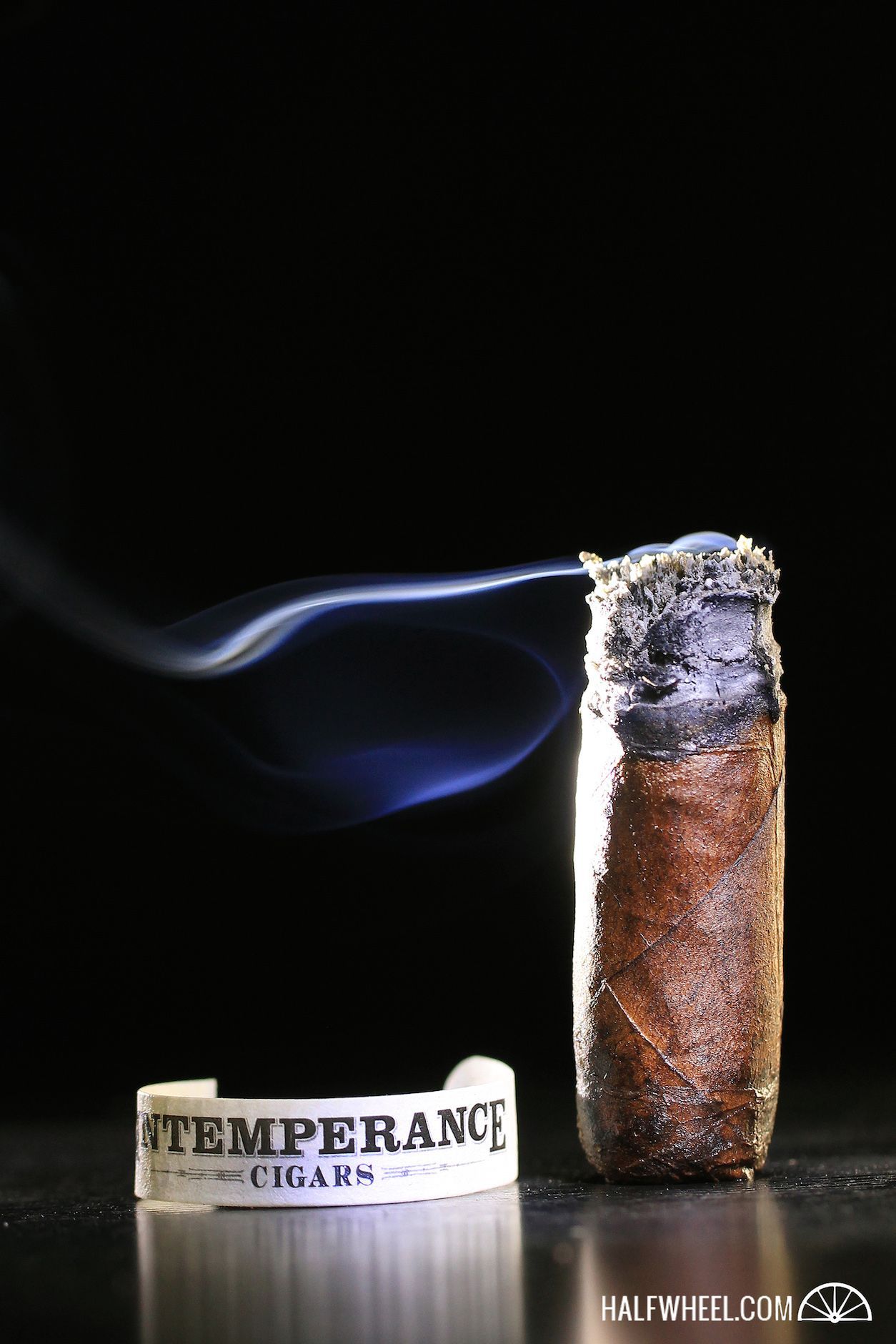 Intemperance continues to solidify itself as one RoMa Craft's top lines thanks to good levels of balance, a decent bit of strength and clean flavors that are complex and palate pleasing. The smaller ring gauge of the Intemperance BA XXI Vanity doesn't seem to intensify the wrapper's contribution quite as much as I had expected, but gives it plenty of opportunity to shine. As this cigar continues to come together, I can only see it getting better and more intricate, and therefore more enjoyable, showing off just how good smaller ring gauge cigars can be.