Today we’re looking at one of the yearly releases from Camacho that started back in 2002 – the Camacho Liberty 2007. The Eiroa family created the Liberty Series line back in 2002 to celebrate the freedom they found in the United States. Initially the release was five sizes: Corona, Rothschild, Toro, Torpedo and Churchill. The rest of the releases—except for the 2004 edition, which was released in two sizes—have all been a single size. While that size has varied from release to release, the most recent years have all featured Camacho’s signature size, the 11/18 Perfecto, which refers to Christian Eiroa’s mother’s birthday, November 18th.

Not only the have we seen the sizes vary from year to year, but so have the blends. With tweaks here and there, using different wrappers or fillers, some years featuring barber pole wrappers and some years even including pre-embargo tobacco in the blend. The 2007 release that I’m reviewing today is not only a barber pole release, but was also one of the years that featured pre-embargo tobacco in the blend.

Lastly, the packaging has also seen a wide variety since the initial release eleven years ago. Releases have ranged from being featured in a plain wooden coffin, solid painted coffins and all the way to coffins painted like the American flag. The 2007 release had a dark blue coffin with gold lettering that matched the band, though these actual cigars came out of the Camacho Signature Blends Sampler packaged in a Camacho Executive Travel Bag.

What’s interesting to note is that the barberpole for the sampler bag editions is actually reverse of the regular release:

The sampler consisted of five different blends with four cigars of each blend, all in Camacho’s 11/18 Perfecto signature size. It looks like this: 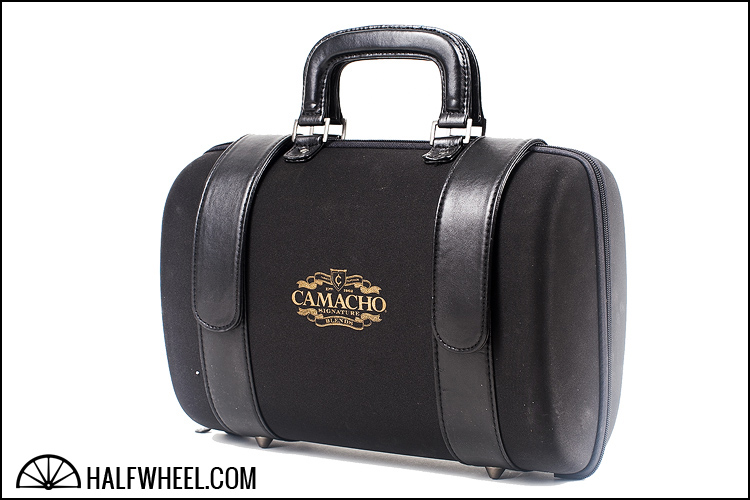 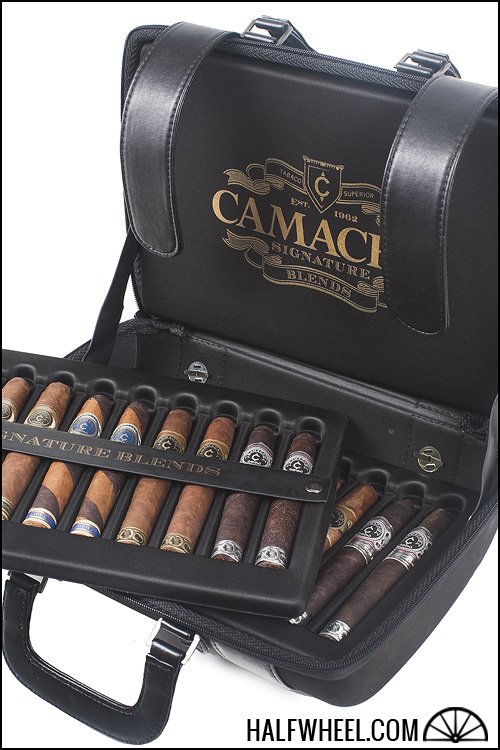 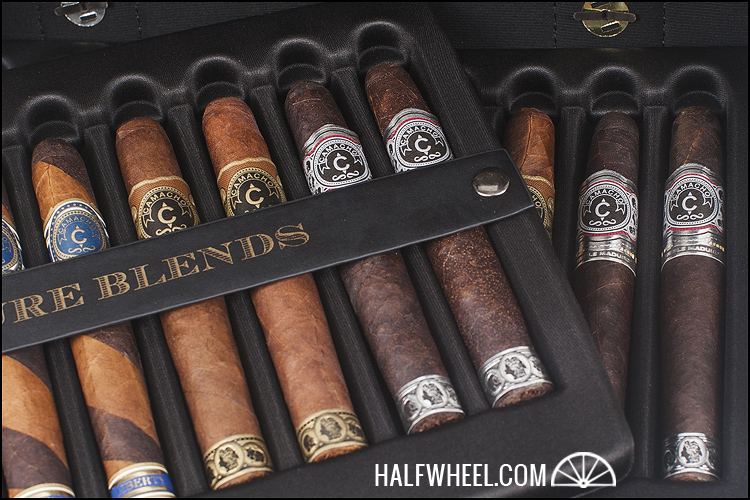 The five different cigars are: 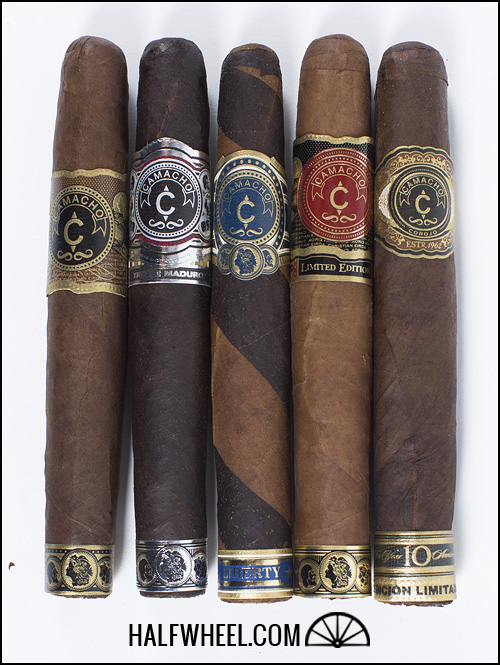 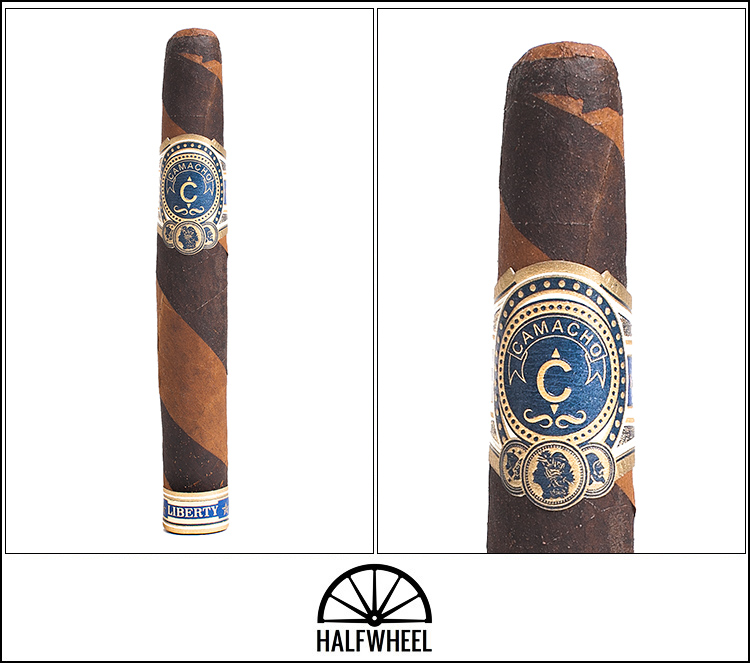 Picking the cigar up and running my fingers over the wrapper I’m greeted with a stark distinction between the Broadleaf wrapper, which is quite rough and the Colorado wrapper, which is smooth. Both have only a minor oily feel to them and overall the barber pole wrapper is applied well. There is very little give to the cigar when squeezed and there are not any indications of soft spots anywhere in the cigar. The cold draw is extremely mild only producing sweet tobacco and hay notes. Aroma off the wrapper is almost non-existent.

Starting the Liberty off is a bit of Cocoa, charred wood and mild pepper notes. The draw is nice and the light gray ash holds to about inch. There is a significant amount of bitterness up front which is masking an otherwise mild profile. Towards the end of this third the bitterness has smoothed out a little, though it’s still strong enough to be unpleasant. I’ve had to do a few touch ups, though nothing significant enough to be detrimental to the profile. 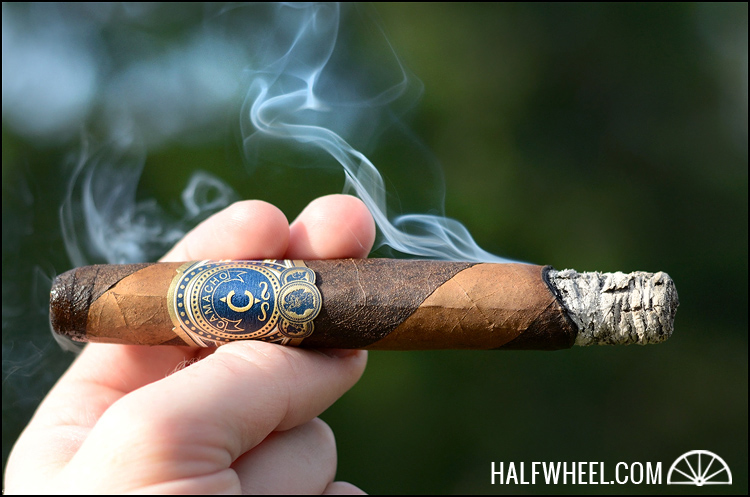 The second third continues with a touch of bitterness, though the background notes have developed a bit. Charred wood has been replaced with mild cedar shavings, cocoa has faded and the pepper has increased a little. The burn has required numerous touch ups throughout the middle third which is a little disappointing. 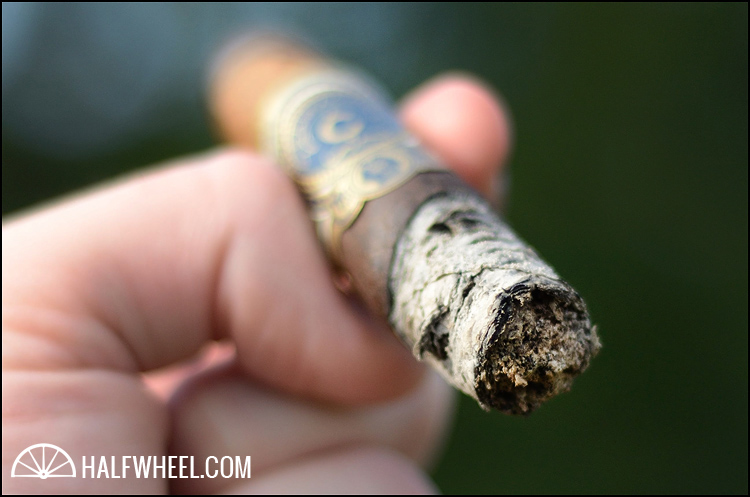 The final third of the Liberty 2007 has ended up much the same – mild cedar, the tiniest hint of cocoa and a little pepper all blanketed in a slightly bitter overtone. The best thing about this third is the burn evened up very nicely and has been burning straight for the remainder of the cigar. 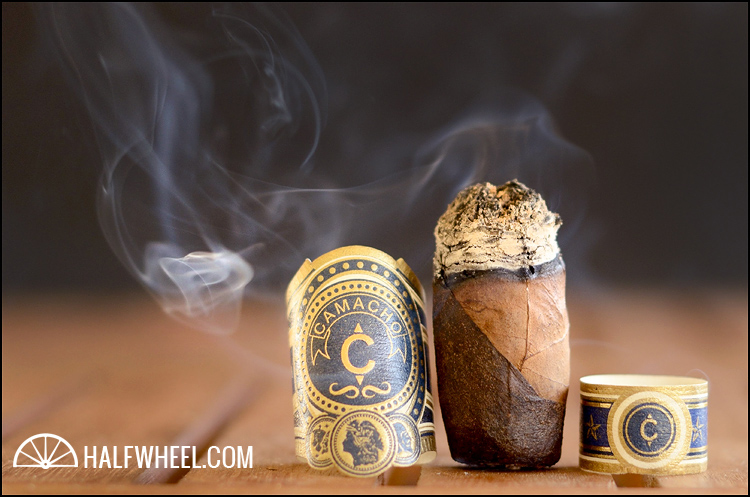 It was also around 2004 when Camacho Liberty Series cigars were said to contain pre-embargo Cuban tobacco that had been left over from DWG Cigar Company in Lima, OH. That company was purchased by American Cigar, who liquidated the inventory. Pedro Martin then sold that tobacco to Simon Camacho, who didn’t use it all, so when the Eiroas bought Camacho in 1995, they found the unused tobacco and set it aside for special projects such as the Liberty and Pre-Embargo 1962. Read the full interview where he discusses it here.

To begin with, I have to say this cigar surprised me, and not in a good way. I've always read fairly positive things about the Camacho Liberty Series, so I had high hopes for this aged, limited release cigar. Unfortunately it appears either time was not kind to the 2007 version or the blend just wasn't as good as the other year’s blends have been. Since I never smoked the 2007 version when it was originally released I can’t personally speak to how it smoked back then. However I can comment on how it smokes now, which was mostly a mildly flavored, bitter mess. On top of all that, the burn was off more often than not, which probably adversely affected the profile as well. Not having smoked the other four cigars in the sampler I’d have a hard time suggesting seeking it out. If you happen to stumble across a single Liberty 2007 then you might want to try it to see how your mileage varies, however I wouldn't put too much effort into it. The good news is there is a 2013 release coming soon, which by all other recent indications should be something worth checking out.