The Cabal Petit Lancero has been on the radar for over five months now, as news of it cigar first came out in late June, a teaser ahead of the 2014 IPCPR Convention & Trade Show. At the show, the cigar wasn’t officially on display, though Chris Arolfo was said to have some tucked away for existing retailers who carry his line, and managed to make at least one appear when we stopped by.

The cigar has a sentimental backstory, as it commemorates the memory of Arolfo’s mother, Linda, who was born on January 14, 1956 and died on January 14, 2013 after a battle with a rare brain disorder called frontotemporal dementia, or FTD.

“I’m making this cigar as a yearly release to pay tribute to her for my Dad and as a reminder to myself of a woman who always supported my ventures in life and gave me the inspiration to always follow my own path,” Cabal told halfwheel. Additionally, linda is also the Spanish word for pretty, which Arolfo said was a convenient coincidence. 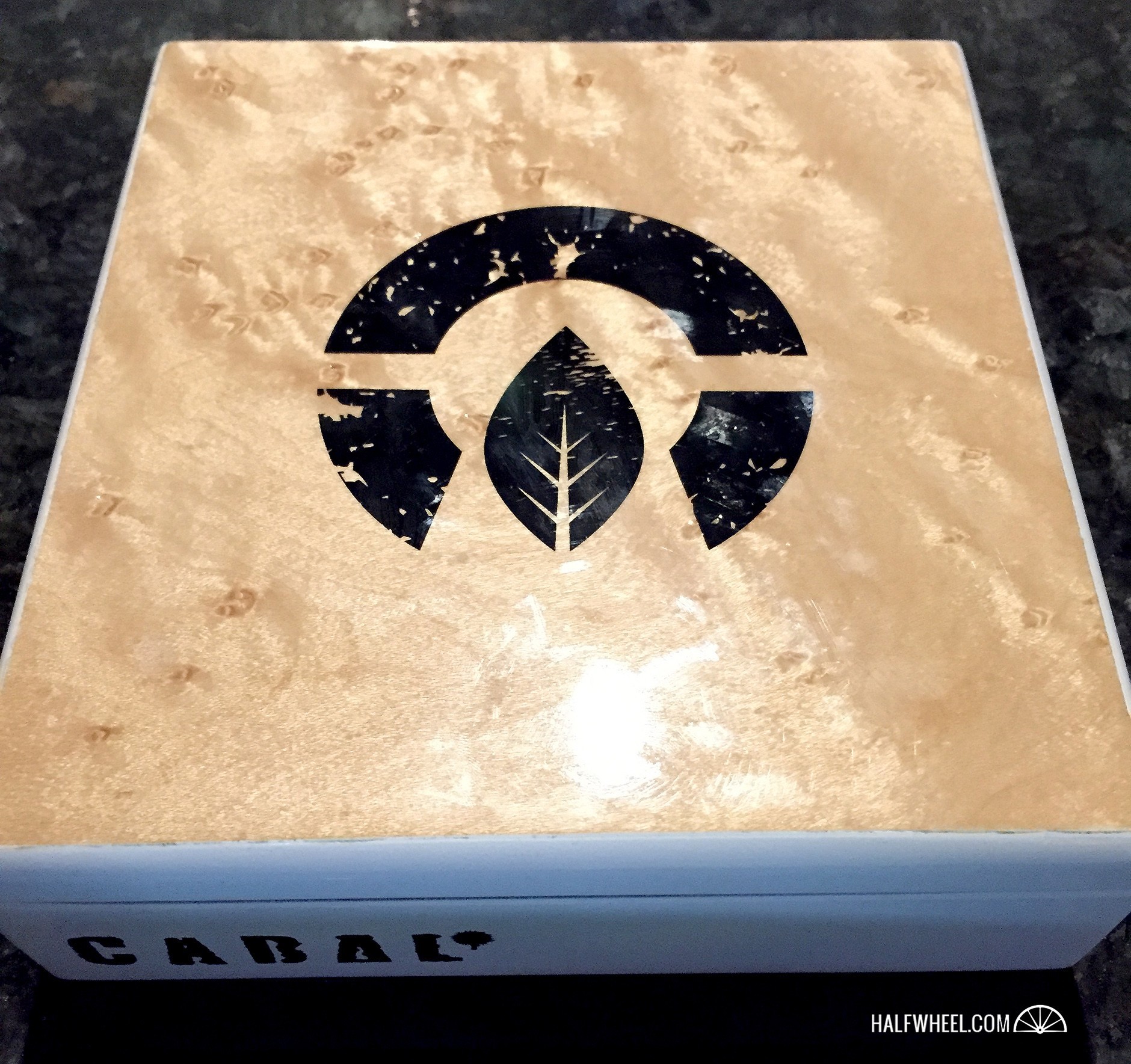 Because of her life both starting and ending in the winter, Arolfo designed this to be an annual winter release, with the current plan to release subsequent versions in January, in 14–count boxes and with an MSRP of $14.

The blend is similar to the rest of the Cabal line but it has been tweaked for this size; a Brazilian Cubra wrapper replaces the Dominican Bonao leaf found on the core line.

The boxes are also getting a special treatment, as Arolfo sent over this photo of a mock-up of how they will look once they hit shelves. He did say that this isn’t the final design, but is a pretty close approximation. The cap is by far the most intriguing part of the cigar with a twist tightening the leaf and offering a visual of some tension, while the pigtail is either curled and laid flat or gathered into a small bunch. It’s not to the extent of the cinnamon bun style that some other cigar have had, and I’m wondering if more could have been done to add more touches of craftsmanship, but it remains an above-decent presentation. On the other end of the cigar is a foot covered with plenty of wrapper leaf, so much so that none of the filler can be seen without disturbing it. The wrapper leaf varies from sample to sample as far as texture, smooth to the touch on one, a bit rougher on the next. All three have an average vein structure and not much in the way of tooth or oily sheen, while the color is a leathery medium brown. There’s a uniform amount of give along the cigar’s entire length, enough that you can squeeze it a bit but not enough to feel underfilled. The covered foot offers a pre-light aroma of tree bark with a touch of soil, though one sample had a much brighter note of wood with a touch of sweetness to it. Air flow is generally met with just a touch of resistance, carrying a mild note of wood and tree bark with the faintest sweetness and no pepper or spice of note.

The first puffs of the Cabal Petit Lancero introduce the cigar by way of a dry, woody and slightly peppery flavor, with most of it felt on the front of the tongue, but certainly not an overpowering greeting. Before the first cigar has had a chance to even establish a solid core of charred tobacco, the dark gray ash begins to flower and one section lifts itself away from the rest as if to reveal a hidden compartment in the cigar. The smoke is fairly medium on the palate in terms of flavor, with notes of cake donut starting things out, but the smoke offers pepper for the nose, picked up both through the ambient air and via retrohales, which are mild enough to be manageable but not so subtle as to be boring. Depending on the sample and state of the palate, the first few puffs can offer a bit of a bite, not harsh by any means, rather just a bit more pepper-forward than others. I’m a bit puzzled by the first flavor change, which comes across in the smoke wafting off the Cabal while it’s at rest and makes me think someone has something on a nearby grill, yet the flavors don’t transfer to the tongue and instead I pick up a distinct chalk note, making it hard to resolve what I’m smelling with what I’m tasting. To borrow a musical term, the cigar seems to settle itself in a more treble-oriented flavor, lacking any heavy, earthy notes in the early going. The trend of staying light on the flavor spectrum continues into the second third, with chalk leading the way and a bit of white pepper offering a little bite on the tongue. The flavor has stayed fairly steady for well over an inch now, but just as the burn line crosses the midway point, a shift brings in some black pepper, which begins to battle it out with the chalk for the lead flavor, with both working hard on both the palate and nose. There is certainly an intensity of flavors that is a bit challenging at times, and whether it’s the tweaked blend, the smaller ring gauge or a combination of the two will remain an unanswered question, yet there has yet to be a significant shift to a deeper, heavier flavor profile. Rather, the pepper continues to push for control of the flavor, stopping short or being dominating but certainly commanding. A slight shift in the aroma brings out notes of campfire and dry firewood; subtle, slightly sweet and very pleasing if the breeze is blowing the right way. The Cabal Petit Lancero continues to burn beautifully as it approaches the final third, with an even burn line and no combustion issues. By the time the final third gets underway, the smoke has taken a beautiful turn into being very soft in the mouth and nose but still punchy when it comes to the pepper component, a somewhat challenging interplay between texture and strength but still a good experience. There is a fair amount going on in the flavor department, but at times the complexity seems to overshadow the subtleties that can be picked out with a bit of attention, as hints of leather and cake donut can be found in the mix, as well as the core wood note that is the most prevalent. The intensity dials back a bit in the final two inches or so, though it remains a flavor-forward cigar due to hearty amounts of pepper and retrohales are still above medium in terms of strength. Smoke production gets to be a bit challenging in the final puffs, meaning I retire the cigar with a bit more left than I would have liked, though I’m certainly not disappointed. The Cabal Linda Petit Lancero is a thoroughly good cigar with complexity coming out at times and even more so when you can give it your undivided attention. There's little to no harshness from start to finish, thought the pepper that comes in at varying amounts can be a bit challenging, possibly even misleading for some palates. Between the enjoyable flavors, good construction and sentimental back story, this is a good addition to the Cabal line that is certainly worth trying.