Earlier this month, AVO announced a new extension to its Heritage line, a Short Corona. Measuring in at 3 5/8 x 43, the Heritage Short Corona is yet another small cigar from Davidoff, which is by far the industry leader when it comes to offering the format. Heritage is the third relatively small cigar from a Davidoff Dominican brand in the past year, as last year Davidoff introduced both the Davidoff Puro d’Oro Momentos (4 x 31) and the Winston Churchill Lancaster (4 1/2 x 36). Heritage debuted at IPCPR 2010 and was billed as the strongest AVO to date. Originally, AVO debuted four sizes of Heritage with an additional size (Short Torpedo) added last year at IPCPR 2011.

The six vitolas of AVO Heritage are:

In addition to being a stronger AVO, Heritage is also the most affordable AVO line, the only one with every cigar below $10.00. These two factors have combined Heritage to be a rather large success amongst crowds that are normally not so receptive to the Henke Kelner-made cigars. While the Ecuadorian wrapper looks like its normal self with a heavy dose of oils over the dark leaf, the size itself looks a bit awkward. The Short Corona is really small and the band doesn’t help. Aroma from AVO’s wrapper is a strong leather and a bit of barnyard. The foot exhibits red wine, leather and some earth; a lot smoother overall. Cold draw is a bit tight with sweet nuts, a bit of leather and some grass. The aroma from the wrapper is rather apparent.

It begins the first third with a soft cocoa followed by the earth and nut mixtures that I really relate with the AVO Heritage and then a touch of black pepper before cedar joins the finish. Three puffs in and I’m already cutting off more off the top. The draw is tight, a bit too tight, even for me. It settles to a nutty core that’s a bit dry and sweet. There’s some sweet grass, earth and cedar and the normal black pepper on the back of the throat. In terms of flavor, there’s not a whole lot complain about from the AVO. Construction? That’s another story. I’d like to say the draw gets better in the second third, sadly, it does not. Flavor stays much of the same with a bit more sweetness and a bit more cedar up front. The AVO Heritage Short Corona still puts out a great amount of smoke, but it’s burning at an incredibly slow pace. Strength is right around medium. 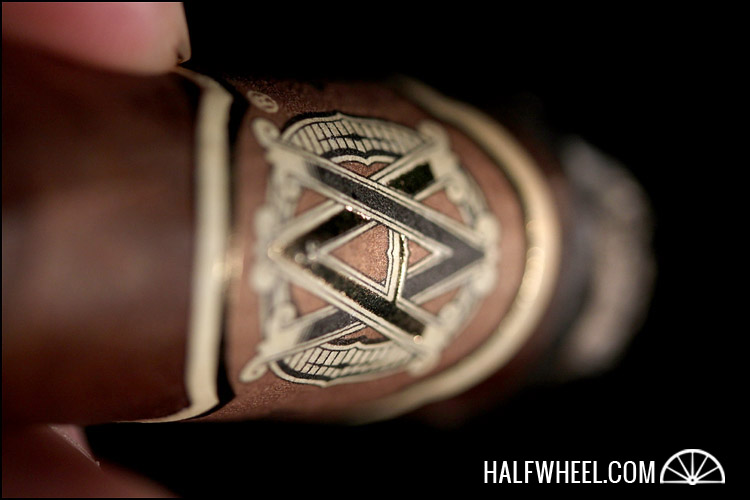 Into the final third and there’s a bit more complexity coming in. The cedar gets a bit deeper and the nuttiness really takes over the profile. There’s a brief creaminess, but it dies down after ten minutes or so. By the end, the sweet grass has really come out of nowhere and surprised me. Despite my issues with the draw, I do actually get the AVO Heritage Short Corona down to a pretty remarkable point with very little construction issues outside of the aforementioned draw. Whenever you make this small of a cigar, I feel that things get a bit magnified. Burn, draw, flavor, price, etc — they all are a bit more scrutinized. For the Short Corona version of the AVO Heritage, that's unfortunate, particularly in comparison to the rest of the line. I don't think this was close to the flavor of the Robusto or Toro. The construction problems were an entirely new experience for the line and the painfully slow burn rate was a bit perplexing. But then there's the price. Sure, it's about a dollar cheaper than the next cheapest size, but for that extra dollar you get a cigar that is significantly larger and more importantly, better. Unlike say the Winston Churchill line, where the two smaller sizes, particularly the Lancaster, are far and away my favorite vitolas, the AVO Heritage Short Corona is probably at the bottom of the list of a line that I really enjoy. I can't imagine the last time I recommended a NUb-like size over a Petit Corona, but this one isn't even close. Maybe time in the humidor changes my mind?