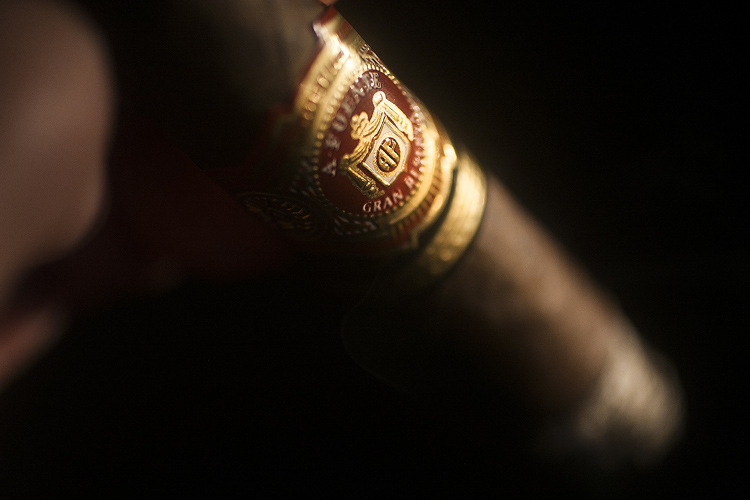 About two weeks ago, we started hearing rumblings of a brand new Fuente blend that was being shipped to retailers. Almost nothing was known about the blend or size before they started showing up to stores, but we quickly confirmed that it uses a Sun Grown wrapper, and includes the same filler as the Don Carlos line of cigars. While the exact number of total Unnamed Reserve released is unknown judging by the numbers of boxes that the retailers we talked to received, there were not many sent out.

We broke the story on December 20th:

Arturo Fuente has one last surprise before the end of the holidays, the Fuente Un-Named Reserva 2012. Much like last year’s last minute ForbiddenX 13 release, Fuente is shipping an extremely limited supply of special cigars to some of its top accounts. The Fuente Un-Named Reserva 2012 measures 5 3/4 x 48 with a Sun Grown wrapper over Don Carlos fillers.
Representatives from the company began taking orders yesterday and the cigars, which arrived in Tampa on Wednesday, are expected to start shipping today. Retail pricing is around $9.00 and supply of the 25-count boxes is said to be even more limited than last year’s release of the ForbiddenX 13.
Fuente began this winter’s batch of ForbiddenX 13 and Don Carlos Lancero al 13 earlier this month.

The boxes that the Fuente Unnamed Reserve 2012 come in look like this: 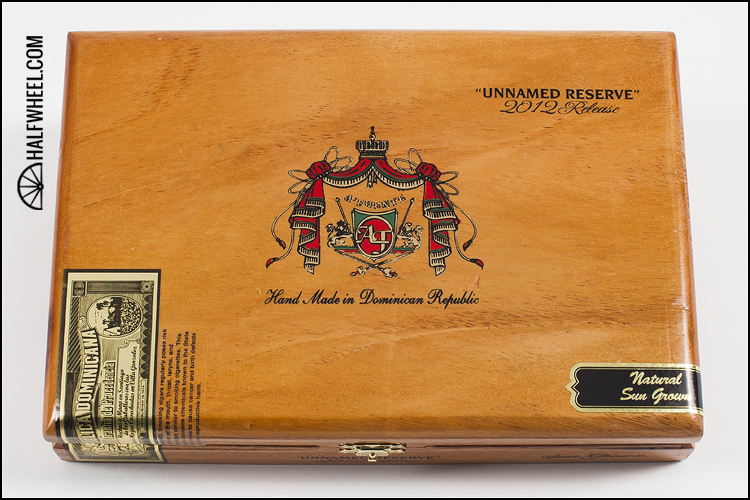 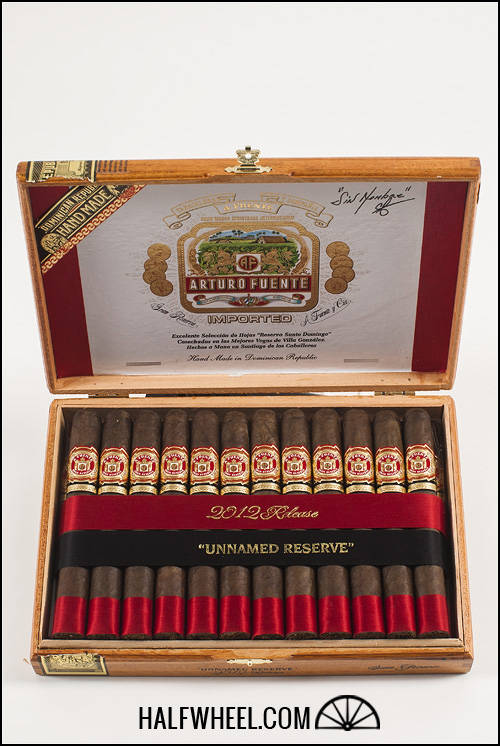 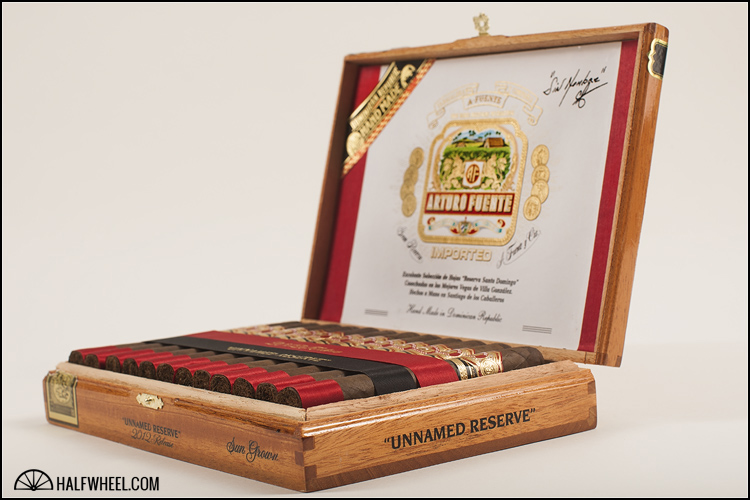 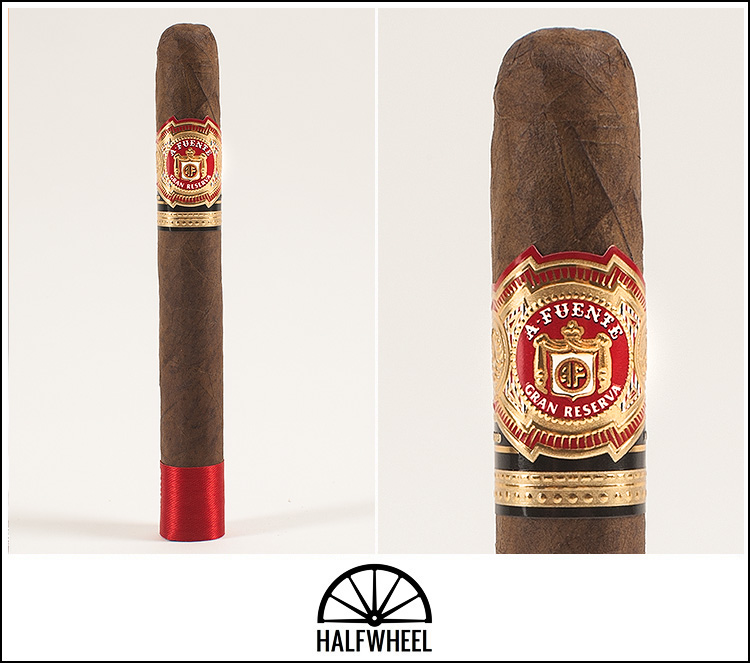 The Fuente Unnamed Reserve is a great size in your hand with a very dark brown wrapper that has an astounding amount of tooth to it when you run your finger down its length. It is overtly spongy when squeezed and has a slight, but noticeable, box-press to it. The wrapper is oily, and smells strongly of sweet leather, raisins, barnyard and wood.

The Fuente Unnamed Reserve 2012 starts off the first immediately with strong notes of leather, gritty earth and toast. There is a great raisin sweetness that is pervasive in the profile and really brings the flavors together nicely. It also has the perfect amount of black pepper on the retrohale and a tad bit of spice on the lips. Both burn and draw are phenomenal so far and the strength ends the first third at a mildish medium. Coming into the second third of the Unnamed Reserve, the profile has become quite a bit more creamy with dominant notes of oak, leather, espresso and hay all fighting for position. The raisin sweetness from the first third is thankfully sticking around at a constant level. Smoke production is above average and the burn and draw remain excellent. Overall strength is increasing and ends the second third slightly above the medium mark. The final third of the Arturo Fuente Unnamed Reserve continues the creamy trend with that same wonderful and perfect amount of black pepper on the retrohale, although there is no spice to be found on the lips or tongue. The raisin sweetness is still very evident—albeit noticeably reduced from the levels in the second third—and other notes of dark chocolate, coffee, leather, licorice, hay and oak are distinct on the palate. Construction is wonderful to the very end of the cigar and the strength ends about halfway between medium and full. The Bottom Line: For the most part, I have never been a fan of any of the Fuente cigars that use a Sun Grown wrapper, as I feel like the nuances of the blend can sometimes be overwhelmed by the overt flavors coming from that specific wrapper. I am happy to report that is not the case with the Unnamed Reserve. While you can taste it, the profile is extremely rich, creamy and tartly sweet throughout the smoke with the perfect amount of black pepper on the retrohale. In my opinion, it is not as good as the recently released—and quickly sold out—W. Curtis Draper 125th Anniversary, but it is close, and that is saying quite a bit.