Just about a year ago, Tatuaje and Ambassador Fine Cigars in Scottsdale, Ariz. released a rather unique cigar: the Tatuaje Black Label AFC, the first store exclusive version of the highly-regarded Tatuaje Private Reserve.

While the line has been around since 2007, it has never been used for a true store exclusive. Even though Tobacco Grove in Minnesota had a temporary exclusive of the Petite Lancero in 2011, that cigar went on to become a nationwide release just a few months later. But when you dip into the history between Tatuaje and Ambassador, it’s fairly easy to see why the store was able to use the coveted Black Label blend for a store exclusive.

Ambassador Fine Cigars’ owner, Vartan Seferian, was the first in Arizona and one of the first in the country to carry Tatuaje, as their history goes back to the 2004 RTDA Trade Show when store and brand meet and begin a relationship that is still going and growing. From a dinner held on the walkway in front of the store’s former location, the relationship has grown to annual events with Pete Johnson, with its next one scheduled for Nov. 6 and 7, 2015.

Here’s what I said about the Tatuaje Black Label AFC when I reviewed it in November 2014:

Short of a few burn issues and a wrapper that didn’t respond well to the cool and dry Phoenix air, there’s not much to complain about when it comes to the Tatauaje Black Label AFC. The big and complex start ranged from very good to downright phenomenal, with a interesting peeling back of layers to end up at a robust core that may not have been the most complex flavor I’ve ever tasted but is still very enjoyable. There’s bound to be the inevitable question of how the AFC compares to the other releases in the Tatuaje Black Label line, a question I don’t know if I can adequately answer other than to say that I’m still leaning towards the smaller ring gauges in general. That said, after three AFCs, I’m heading back to buy a few more and look forward to seeing how these evolve in the immediate future. If the flavor evolution of the corona gorda since its release just over a year ago is any indication, the Tatuaje Black Label AFC should make for an interesting cigar to return to on a regular basis. 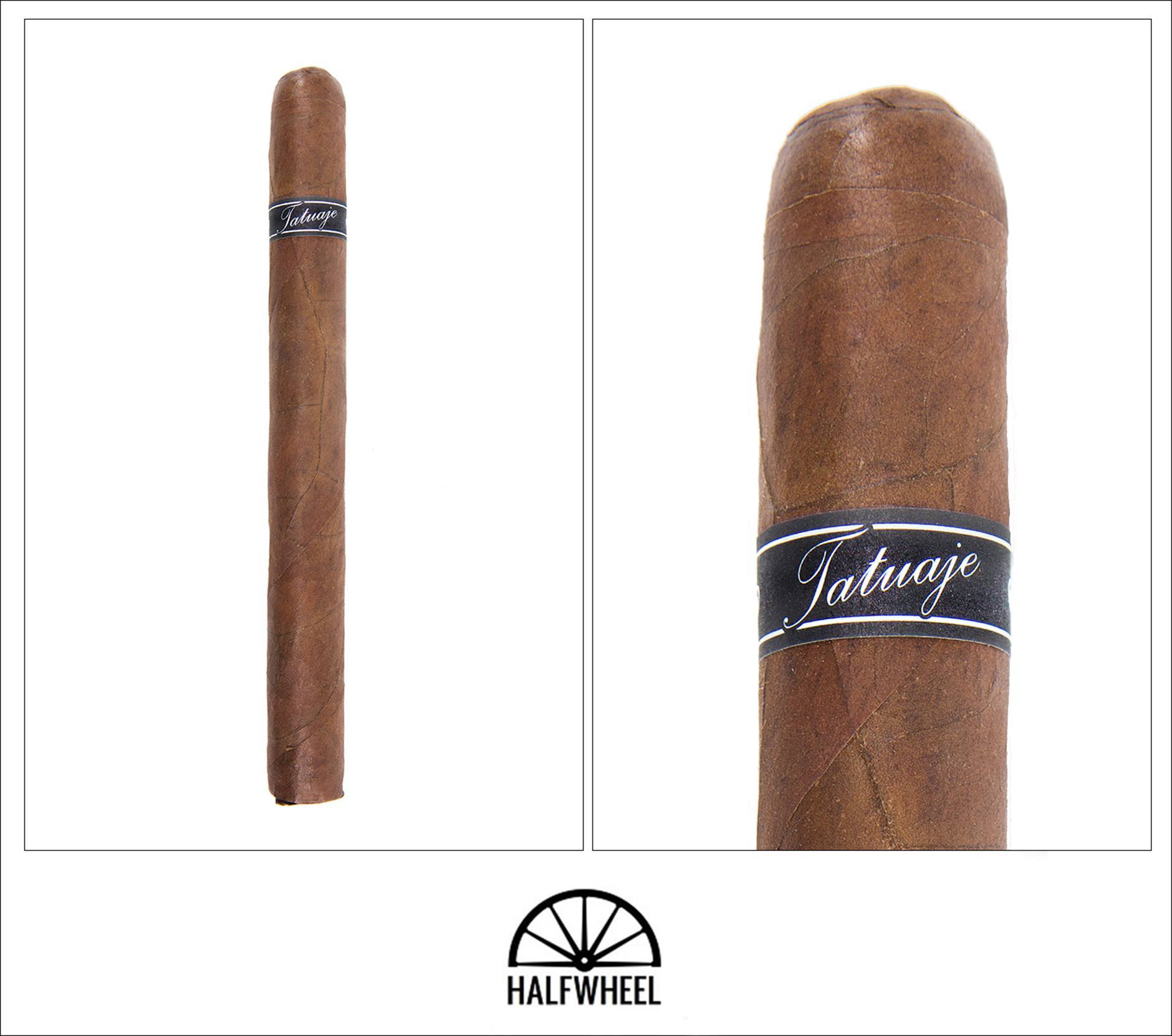 I had forgotten that the Tatuaje Black Label AFC had a covered foot; which happened to be the first thing I noticed after slipping the cigar out from its yellowing cellophane sleeve. The cigar is soft in the hand and has a bit of give to it, not underfilled but certainly far from overfilled. The wrapper is two distinct colors, one a bit more matted and neutral, the other darker and richer leather brown, though both have a bit of oily sheen. Veins remain noticeable but small, and the only way to really notice the seam is by the variation in color. The foot slightly sweet and meaty, almost like beef jerky before it goes into the dehydrator. The cap is applied near perfectly, and once clipped the cigar presents a much drier profile, with coffee beans and a bit of earth up front and the subtlest around of pepper in the background.

The very first puff of the Tatuaje Black Label AFC is just the slightest bit sour but it is so fleeting it’s hardly worth mentioning as the pepper comes in quickly to take the lead and rearrange things into a much more palatable—and familiar—order. Wood backs up the pepper as the smoke begins to develop and become softer and fuller in the mouth, with the profile certainly a bit softer than the smaller ring gauges in this blend tend to present. The first clump of ash detaches with a slight shake of the cigar at about an inch in length, with plenty of smoke being produced and a fairly even burn line. The flavor is also soft enough where I can take several consecutive puffs without my palate feeling overpowered, and even the retrohales are fairly mellow with just a bit of white pepper. To say I’m a bit surprised by the overall lack of strength would be an understatement, but I’m by no means disappointed; not only does it sit better on my palate but it allows the flavors and aromas to truly shine on their own. 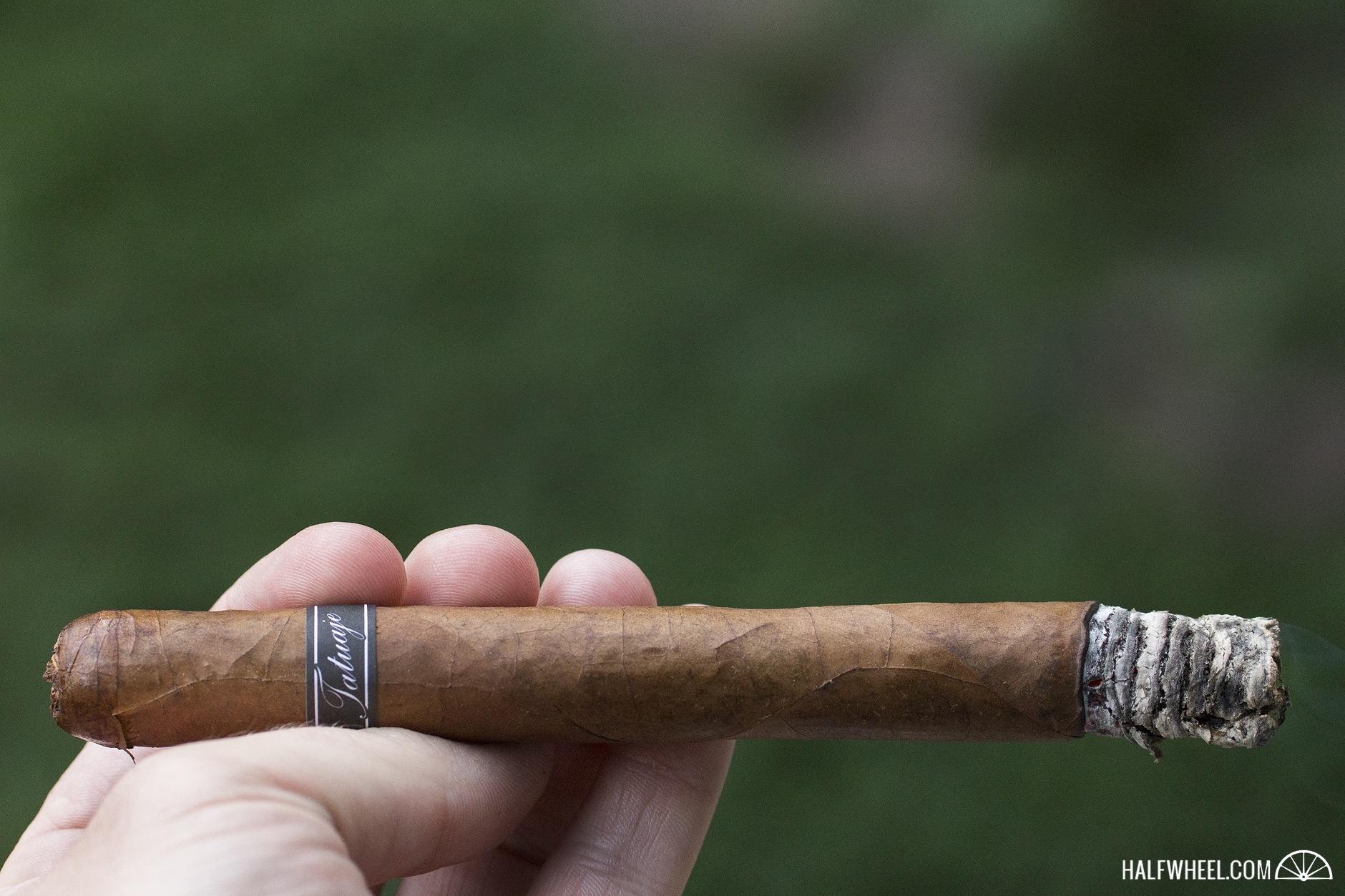 Things stay fairly linear heading into the second half, and while I’m absolutely loving the flavor and strength level, part of me wants the Tatuaje Black Label AFC to show some different sides of the blend, either new flavors or a change in strength. It’s not until the final third where both of those begin to happen. The pepper becomes a bit more prominent though it remains far from overpowering, while the overall body increases by way of a thicker smoke and a flavor that is hard to break out into components but comes across as a stew of sorts: part earth, part wood, part leather, all meshed together beautifully. It never strays too far past a solid medium in terms of strength or body, providing the shift I was looking for without jumping the track that the first five inches had laid.

While I won't call the Tatuaje Black Label AFC a perfect cigar, I will say that for me, at the time I smoked it, it was as close to perfect as I can recall a cigar being. It's mellower than it was when it was new to store shelves, it's better balanced and the ring gauge softens the blend just a bit, and while I wish it had a few more flavor and strength transitions, what the cigar offers right this minute is quite good. Thankfully there are still a few left, as I have a hard time thinking of a better go-to cigar at the moment.