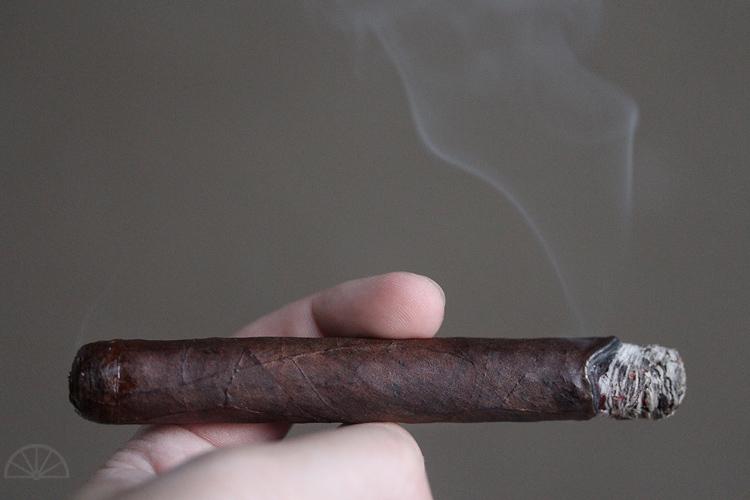 The Papas Fritas was one of the largest releases last year for the cigar market: a cheaper Liga Privada, a more accessible Liga Privada and an expensive mixed filler cigar. There are few cigars that I think we at halfwheel were asked about more last year, and I think with reason. There’s also, to this day, no cigar that I’ve smoked more of than Papas Fritas.

I’ve been smoking them for a decent amount of time, but because of the evolving test blends and the rate at which I consumed them, I never really had a great opportunity to see them age. In the six months since I reviewed the Papas Fritas, I’ve continued to smoke them, although it a slightly slower pace than I once was, but it’s been interesting to watch them age.

Here’s what I wrote in December:

This is not the most complex, flavorful, elegant or balanced Liga Privada. Subsequently, this is not the highest scoring Liga Privada, not even close. However, we don’t really have a way to score functionality—and when it comes to that—Papas Fritas is the best. The price point—which we don’t score—and the time it takes to smoke—which we also don’t score—combine for what is functionally, the best Liga Privada. The reason why I’ve smoked hundreds is simple: Papas Fritas is quick, cheap and easy. If I get halfway through and need to toss one, I don’t think about it. Absent an attempt at a Velvet Rat in this format, I can’t see myself ever smoking more of a single Drew Estate product.

I’ve smoked more than two recently, but only two were for this review. Both were similar from the outset: the slightly-more blue foot band I’ve come too appreciate more, a cocoa and leather mixture out of the cellophane. The wrapper has a decent bit of moisture and the cap can easily be torn off, although both times there’s a metal blade used to assist me. The cold draw delivers sweet brownie cocoa, red pepper and a touch of earthiness.

It starts like most Papas Fritas, lots of smoke. From the time I first lit a test blend up almost two years ago, the Papas Fritas has never had a bold start: sweet cocoa, leather, earth and bread notes through the nose. Eventually the pepper increases, the cocoa turns sweeter and the more signature Liga Privada flavors come through—more No. 9 than T52. The bread note is an interesting one, something that seems uniquely Papas Fritas for me, although you have to look through it in the nose. A few months ago I found a nuttiness in these cigars, that’s no longer the case. 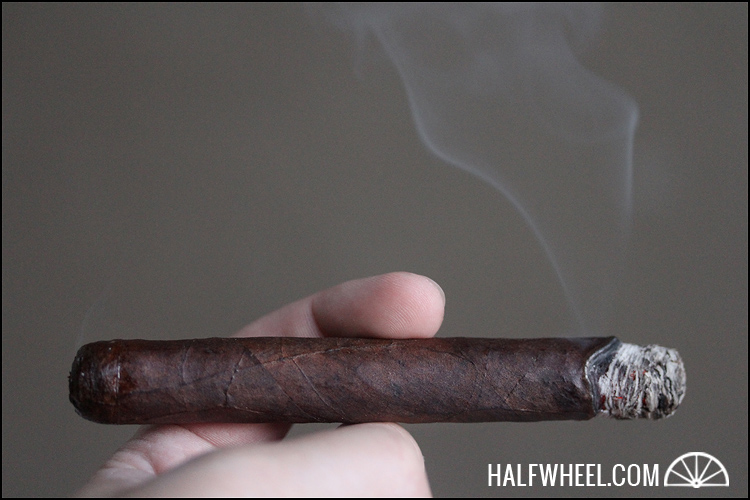 As far as construction goes, this is a great cigar: tons of smoke, an inch or more of ash, great draws and a cigar that is relatively forgiving. Occasionally I’ve had Papas Fritas with wrappers that become loose, but I’ve never had one not burn well. Strength-wise, this is the biggest drop off from any Liga Privada I’ve seen in this short of time. The cigars are noticeably less strong, still peaking close to full, but only for a short time and really on the softer end of medium-full.

The profile is a bit milder than the Papas Fritas once was, a bit more than I had expected, but this is still a good cigar. For me, the most attractive part of Papas Fritas has always been the format: a quicker, shorter and cheaper way to access Liga Privada. With six months of age, it's familiar, but not as familiar as it once was. I can't see many customers holding onto Papas Fritas for aging, the format makes it more difficult. It's a fine cigar now, but I just don't think any serious aging will help me find what I'm looking for.