They were sitting in a cart in the Drew Estate factory as we strolled by. An innocuous cart. What’s that? Something. No, it’s a Velvet Rat. Ah, yes, Velvet Rat.

The Velvet Rat started as a limited release for TESA Cigar Co., a Chicago-based retailer, with just 40 bundles of 10 heading out in October 2012. The cigar was a 6 1/4 x 46 lonsdale that used a Connecticut broadleaf wrapper, Brazilian mata fina binder and Honduran and Nicaraguan fillers.

Drew Estate always said that the cigar would eventually become a regular production offering, something that eventually became true, though that wasn’t entirely realistic at the time given just how short-stocked the company was on Liga Privada. Now, things have changed and the cigar can be had semi-regularly at my local Dallas stores, though that’s not where this one comes from.

At the time, I declared this the best Liga Privada outside of the Dirty Rat, a statement that I would change given the UF-13 Dark that was released shortly thereafter.

As for this particular sample, I’ve had it since 2013 and figured no time is like a wonderful day in December to light it up.

The cigar is in good shape, still darker than a No. 9, though not as dark as the cigars once were. I get leather, burnt chocolate chip cookies, and some acidity from the Connecticut broadleaf wrapper. The foot smells of sweet chocolate, some leather, and raspberries at the medium-full level. As for the cold draw, it’s a competition between a chocolate chip cookie and milk chocolate flavor with a bit of twang and some milder cedar.

It begins not as sweet with cedar, some sharp pepper and burnt coffee. The Velvet Rat remains quite woody for the first third with dark chocolate emerging after an inch, but otherwise the flavor is much the same from the early parts. There are some signs early on that this is an aged Liga Privada, notably, the smoke production is only average, and not Liga average, just average. It gets a bit earthier at the midway point with the chocolate and white pepper continuing to increase. Through the nose I pick up some roasted flavors that reminds me of Liga of yesteryear, but it trails off shortly after the halfway mark. 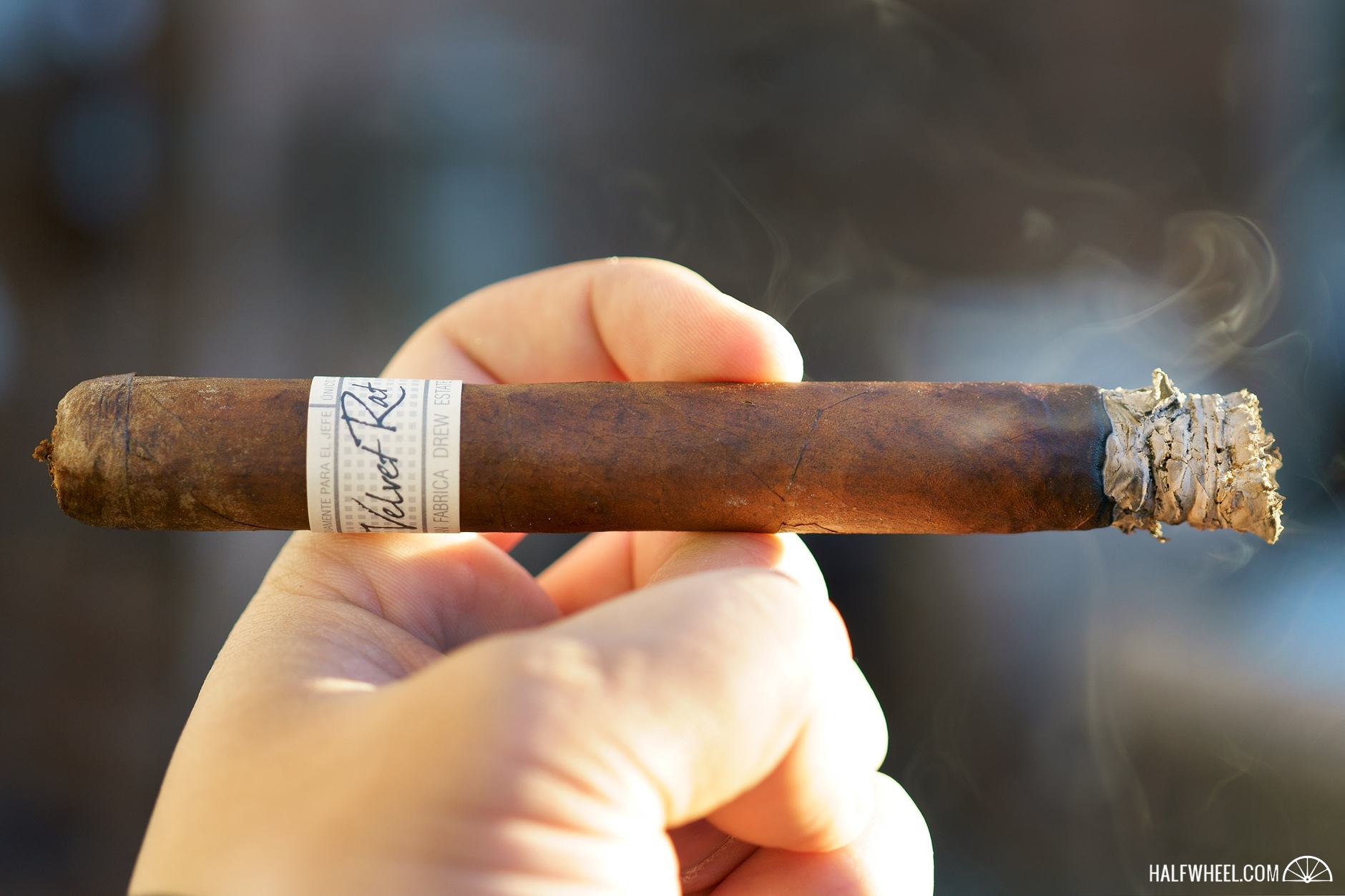 Touch-ups become a pretty common routine in the latter half of the Liga Privada Velvet Rat and the smoke production continues to be average, or well below what I expected. Fortunately, the flavor gets a bit more interesting with cedar, oak, raspberry, and popcorn battling for the dominating role for the last two inches. The pepper oddly recedes and is largely non-existent by the time I put the cigar down just under two hours after I started.

Liga Privadas really aren’t for aging. After three years, the mixture of power and finesse that made the Velvet Rat one of my favorite releases ever from Drew Estate is gone. Burn issues aside, this was not the Liga Privada experience that made the brand one of the most sought after in the world. Like I said six years ago, don’t age your Ligas.