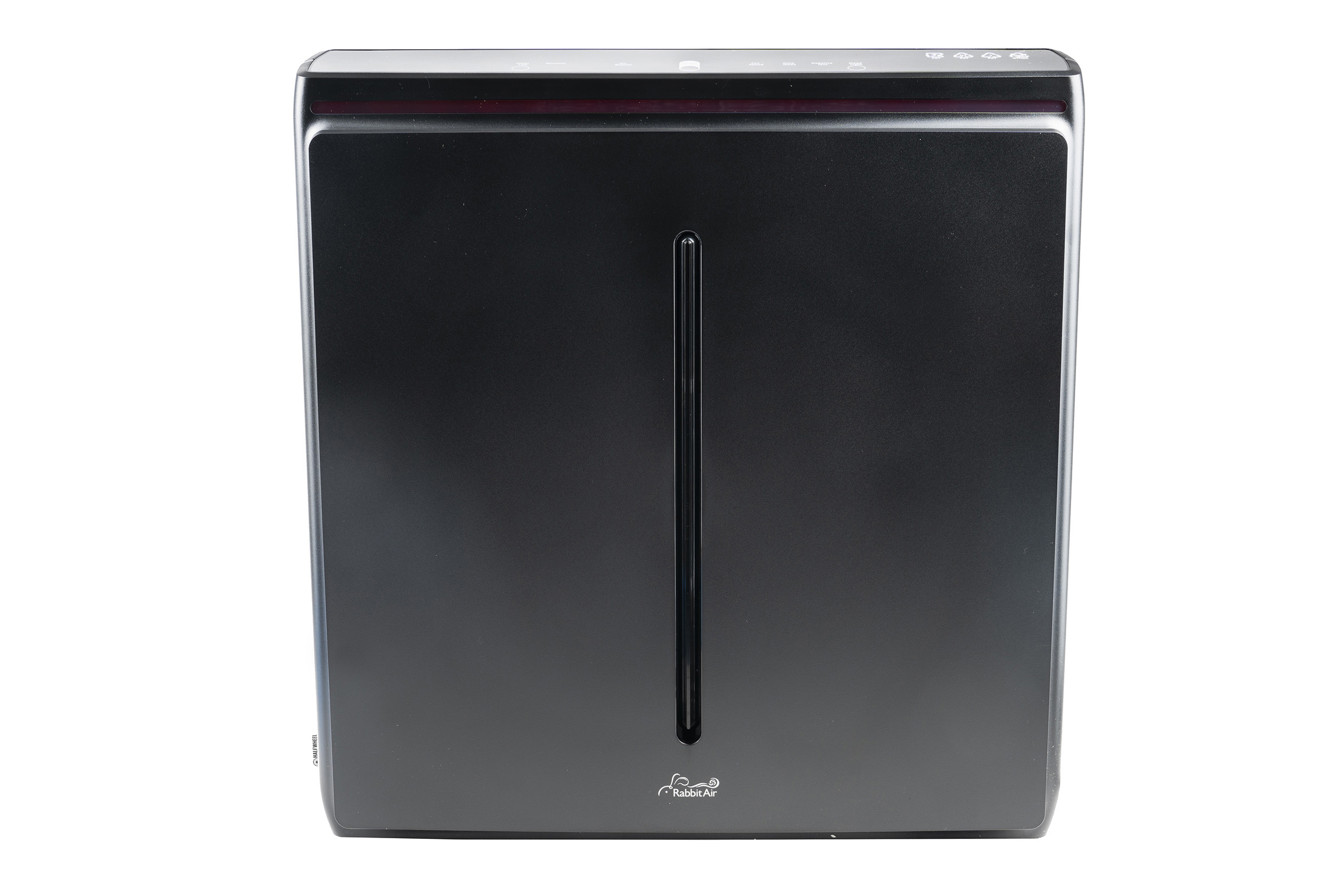 Depending on your situation, this might be very possible, and inevitably, some of you are already doing this. But for most, the issue of smoking inside is very obvious: the smoke. At halfwheel, we’ve made multiple purchases of air purifiers ranging from $150 to thousands of dollars. While each of these solutions had its pros and cons, the air purifiers that are used the most at our office smoking lounge is one of the name brands of air purification: Rabbit Air. 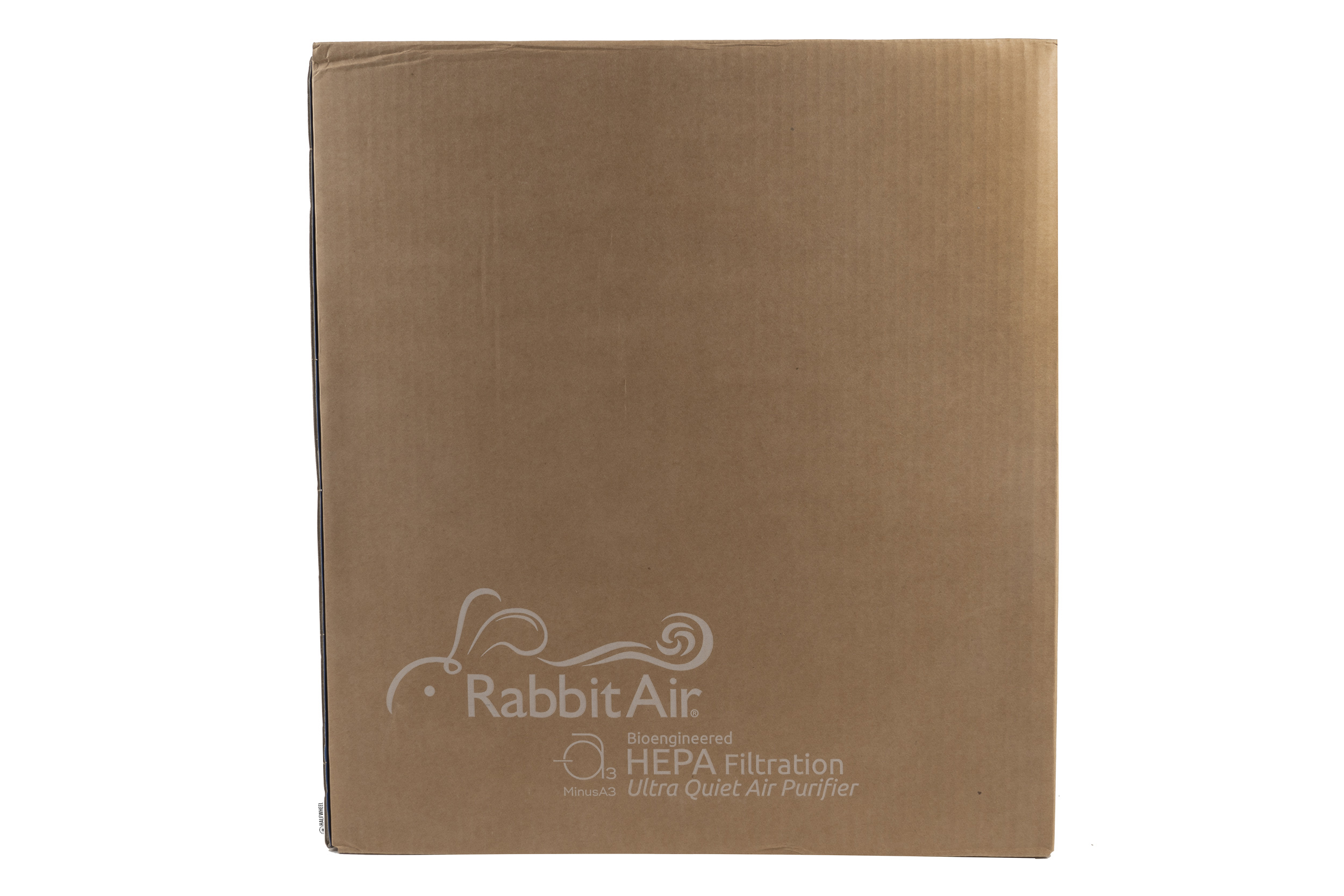 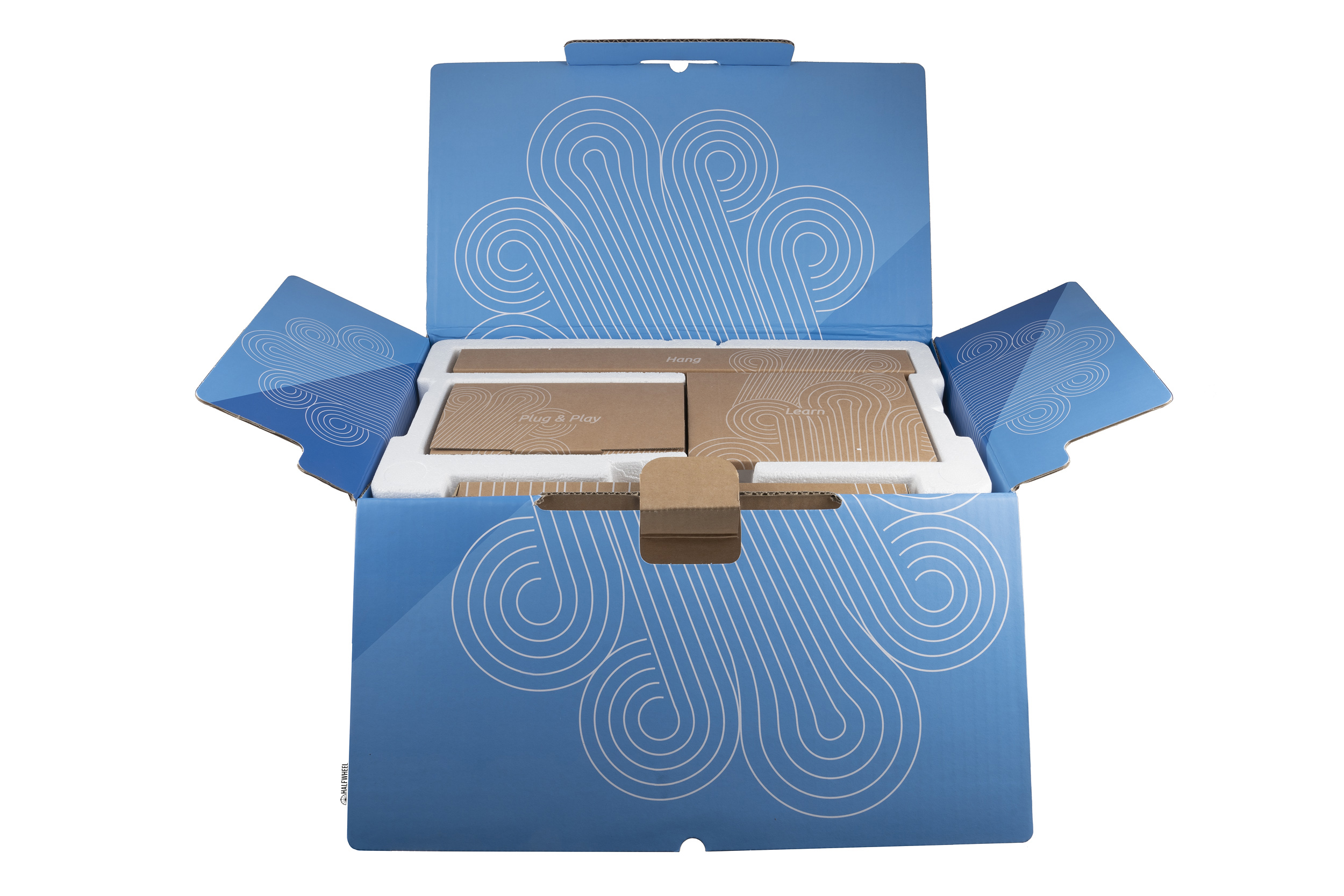 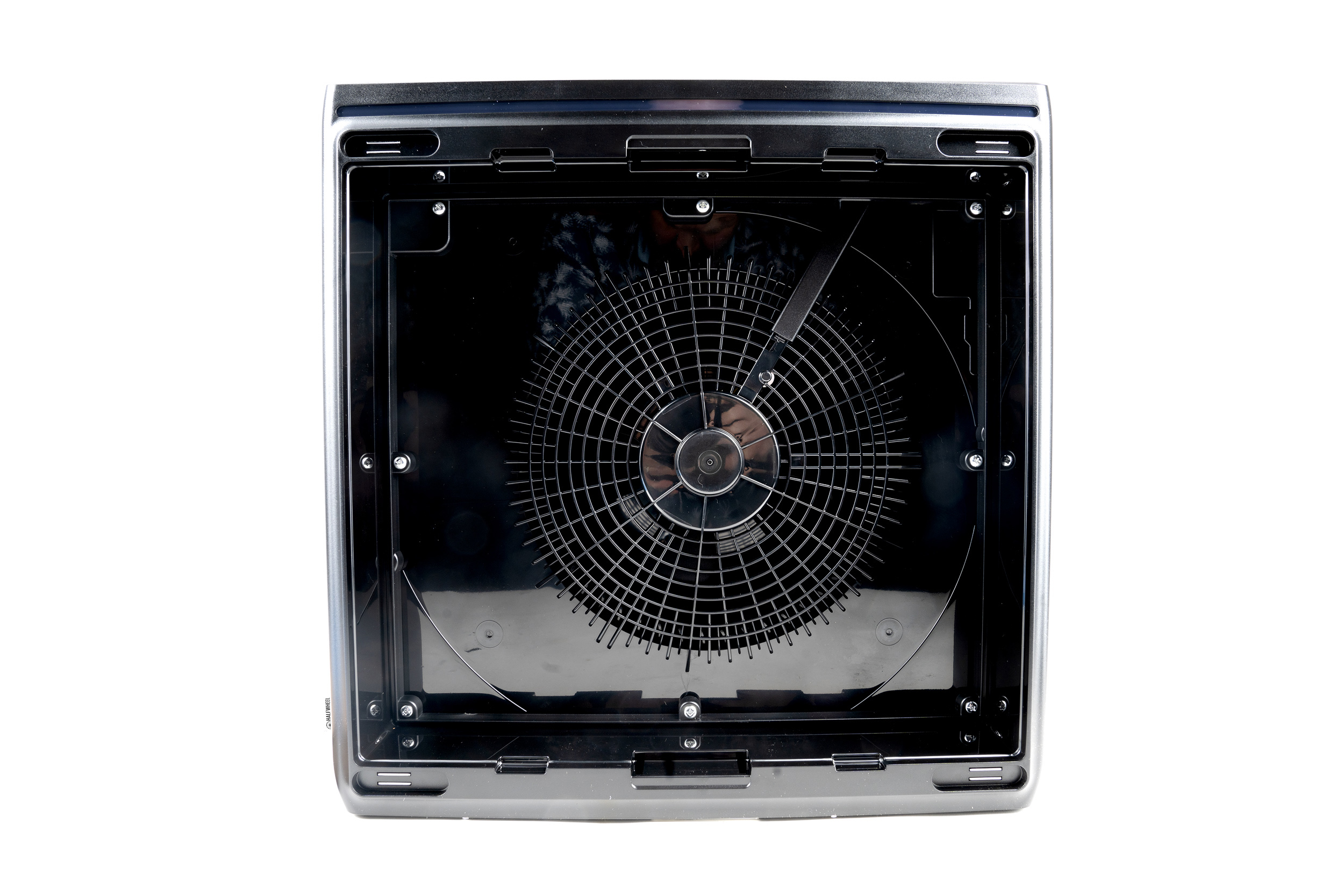 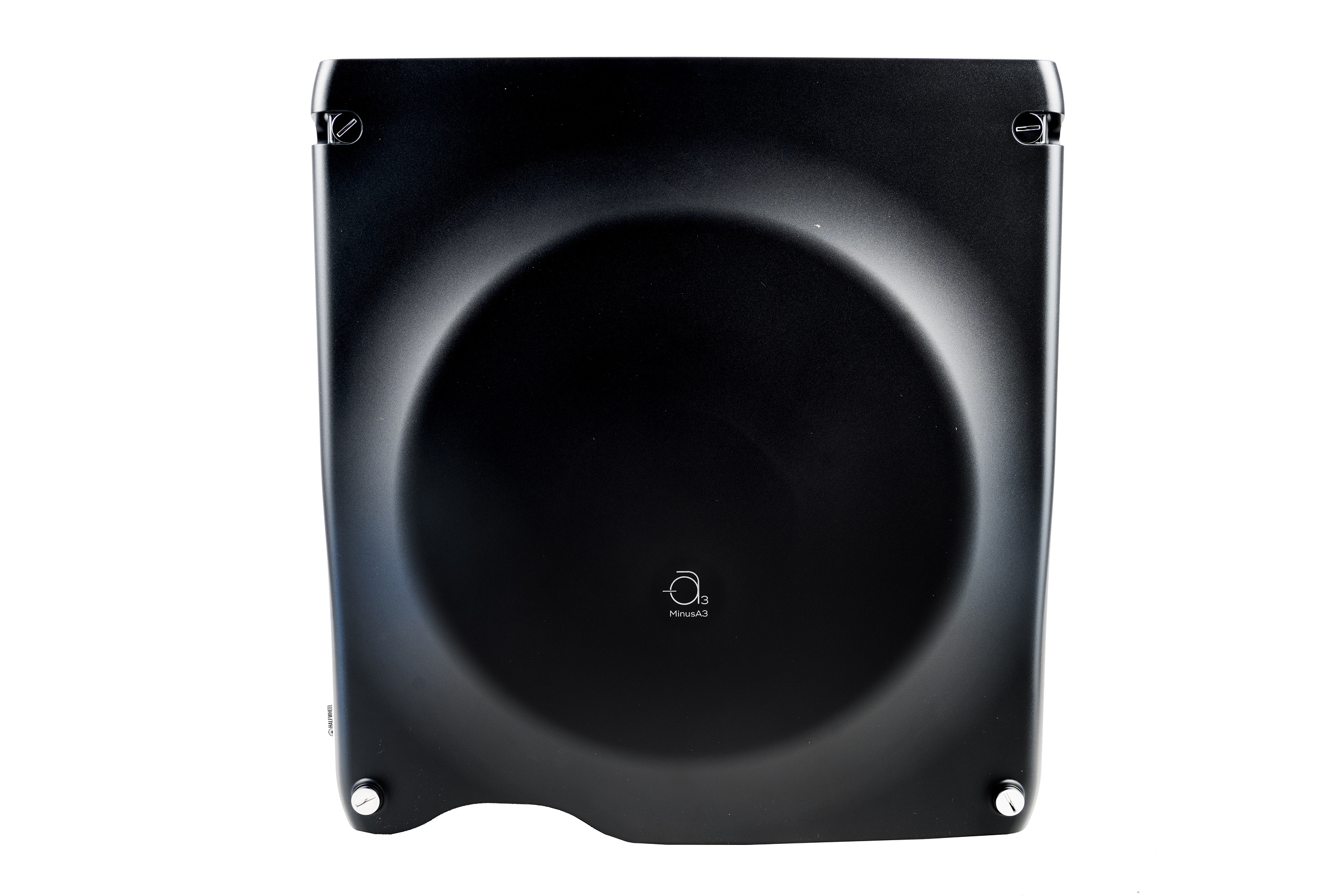 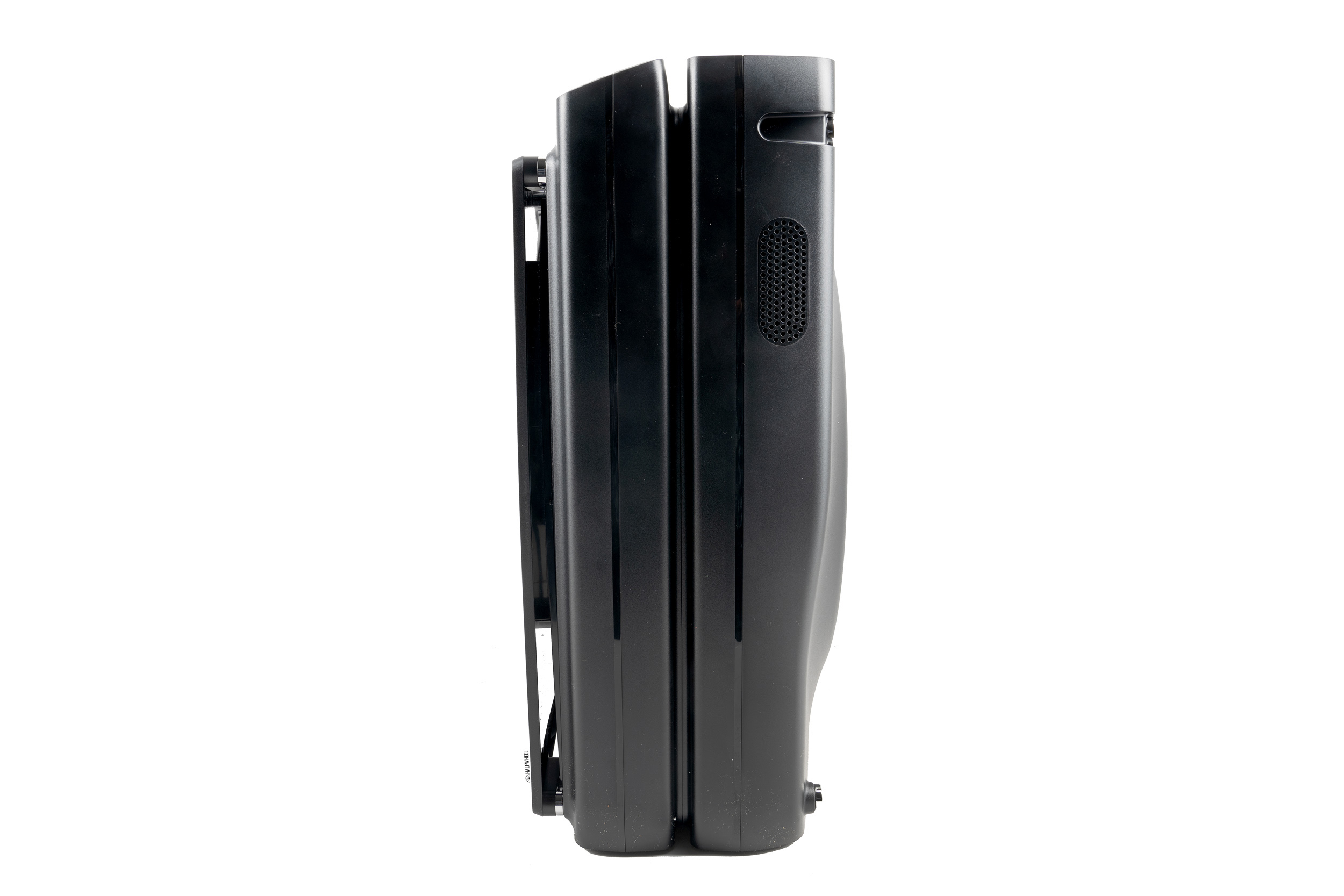 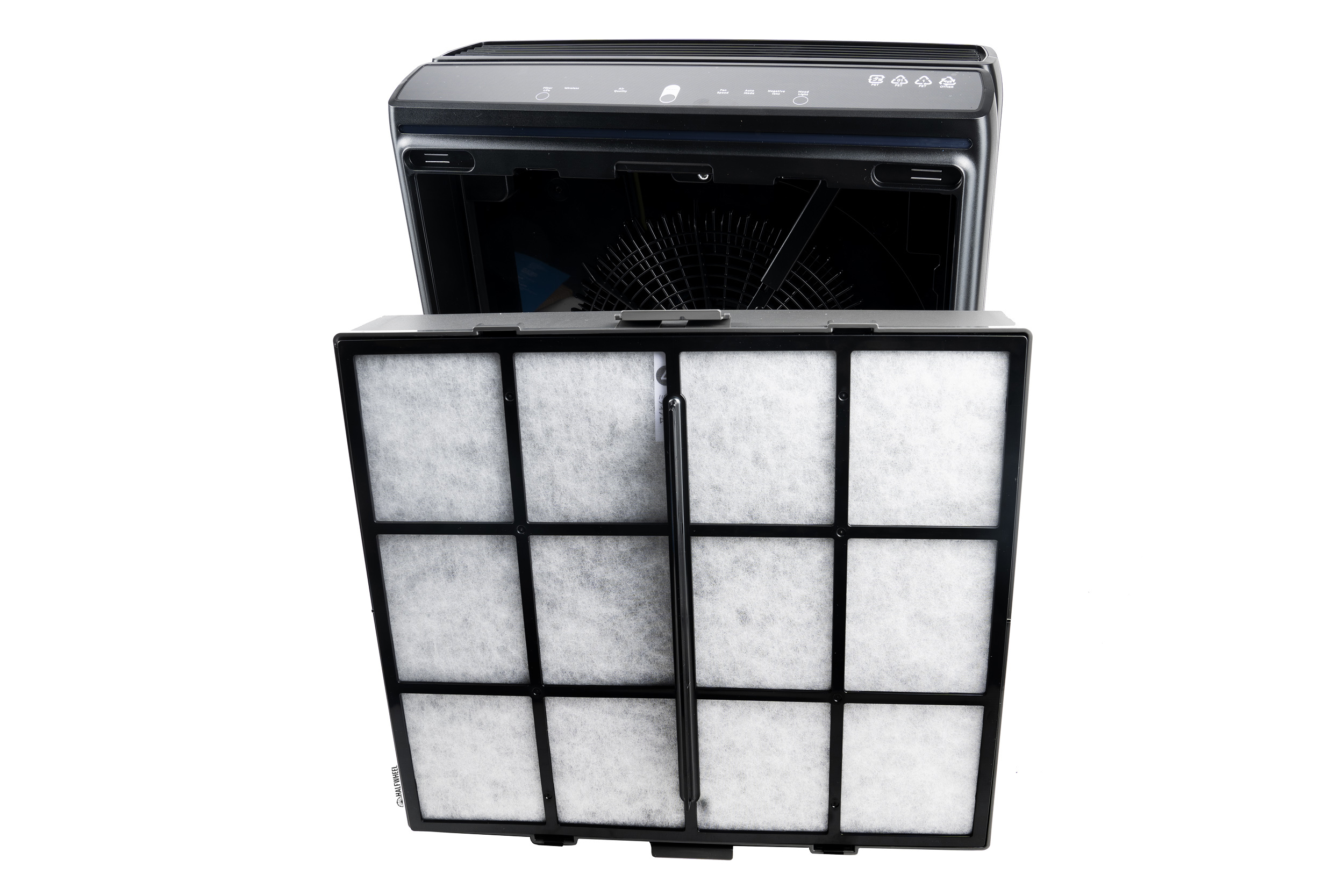 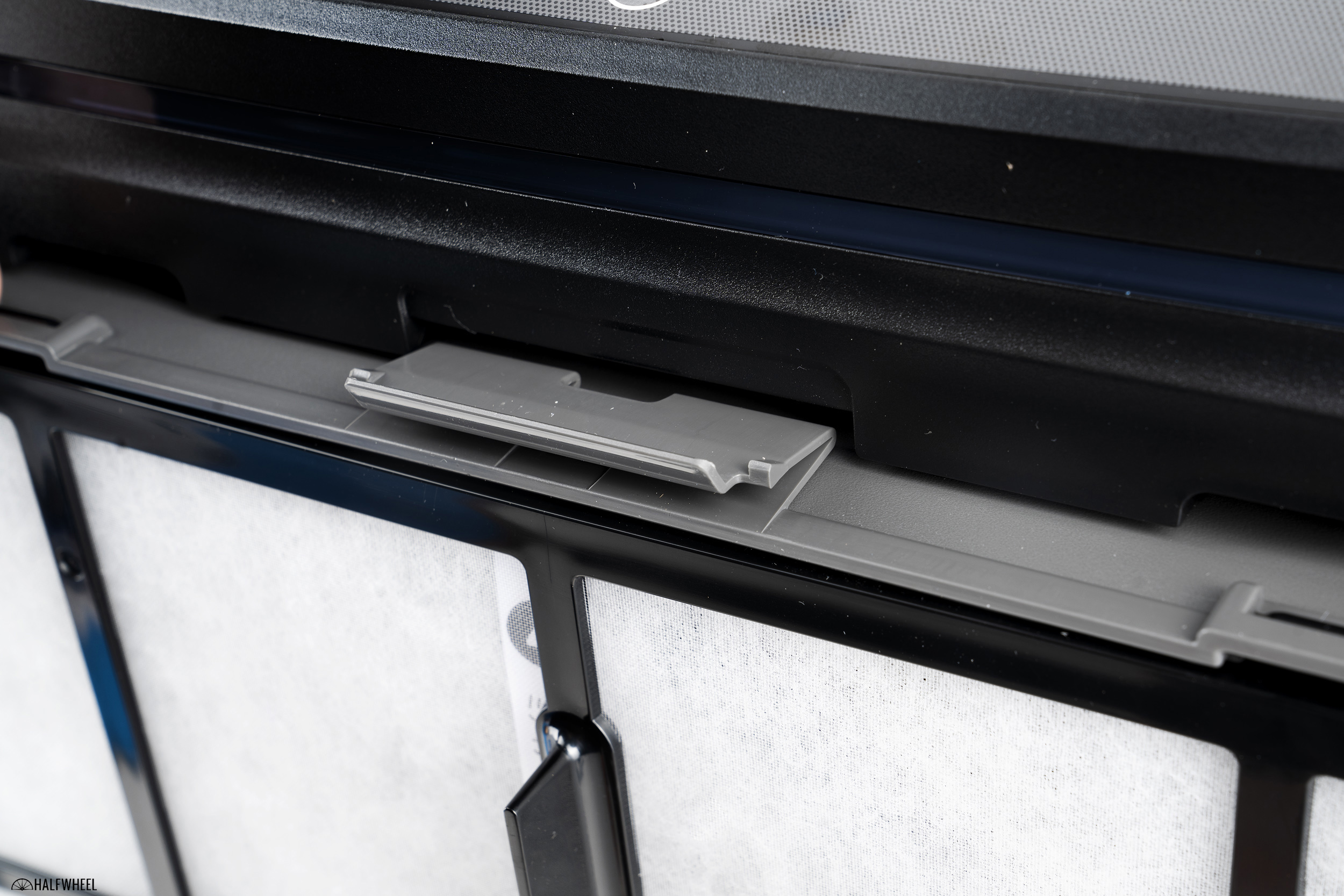 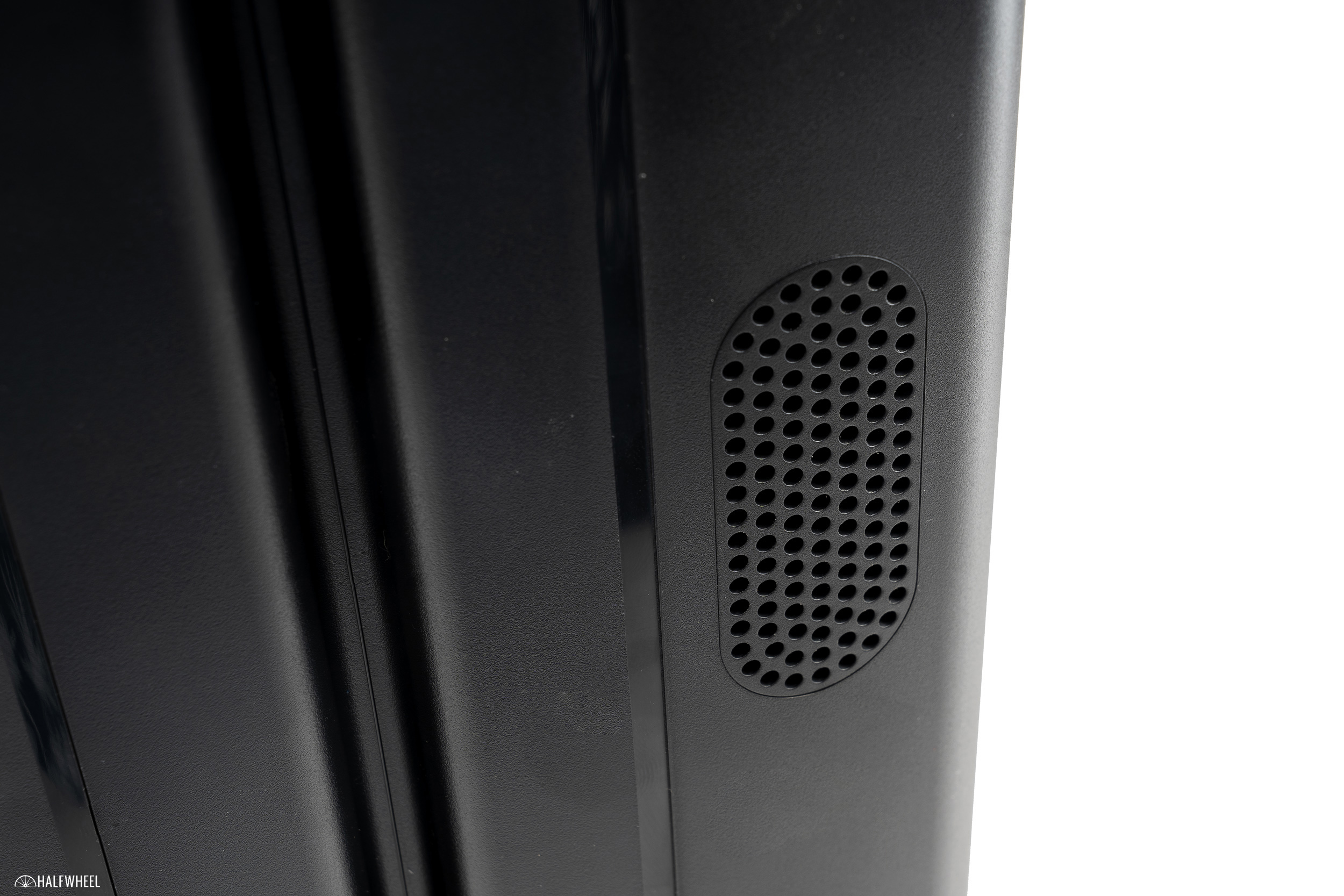 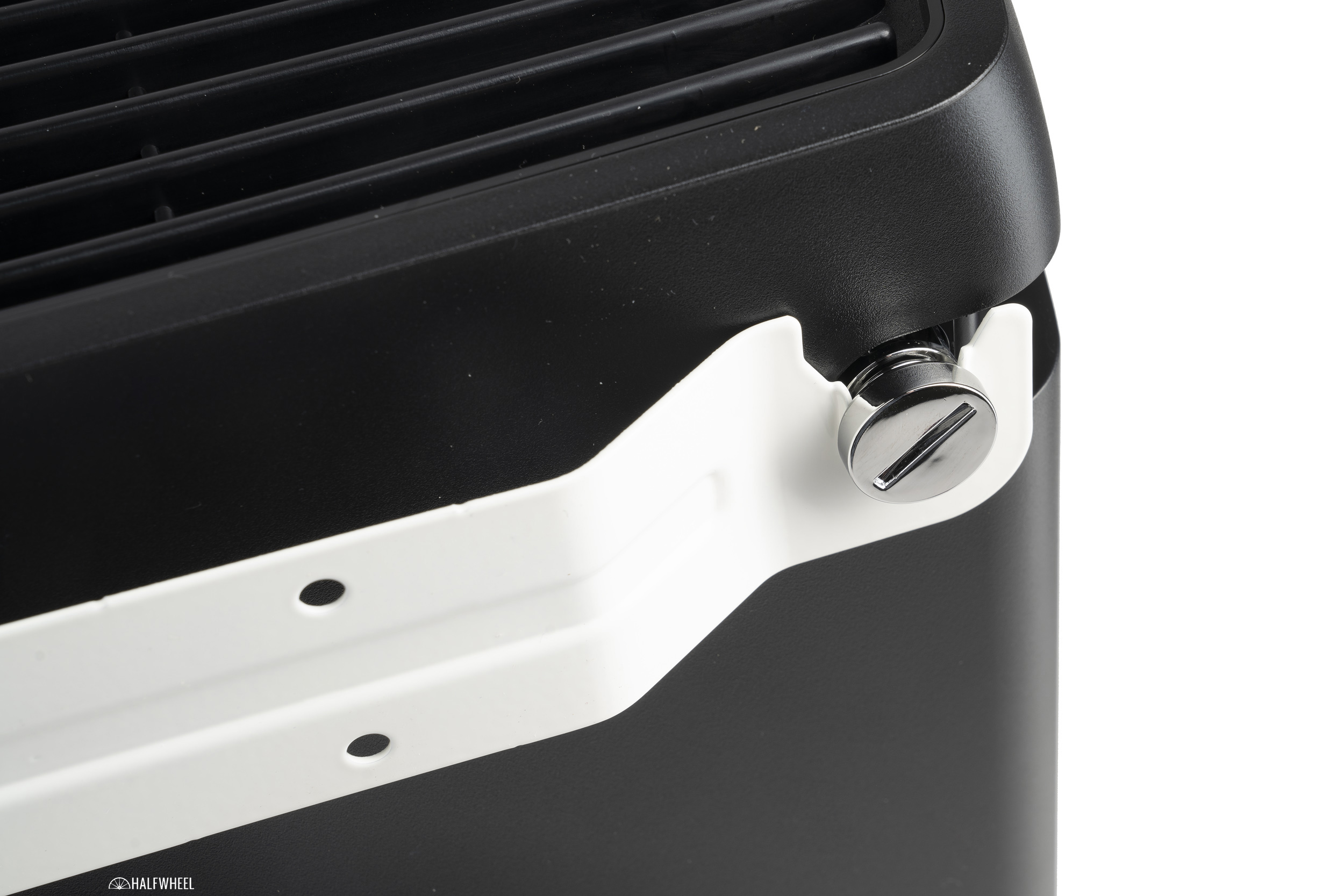 In January 2021, Rabbit Air introduced its newest air purifier, the A3. It’s a new form factor compared to the company’s MinusA2, previously its most powerful air purifier and one that you have likely seen in cigar shops. From the outside, the A3’s matte black look doesn’t immediately scream air purifier, though in fairness, neither did the MinusA2.

It measures 19.7 inches x 18.9 x 8.4—slightly smaller than the A2—and weighs 20.3 pounds. The front panel is removable—it attaches to the base with magnets—and has an intake that runs down the center of the panel as well as space for air to enter from all four sides as it doesn’t seal flush against the body of the unit. The main unit features an angled top, which is where the buttons and an LED light strip sit, and then the very top is the exhaust where the cleaned air exits the unit.

The app is free. 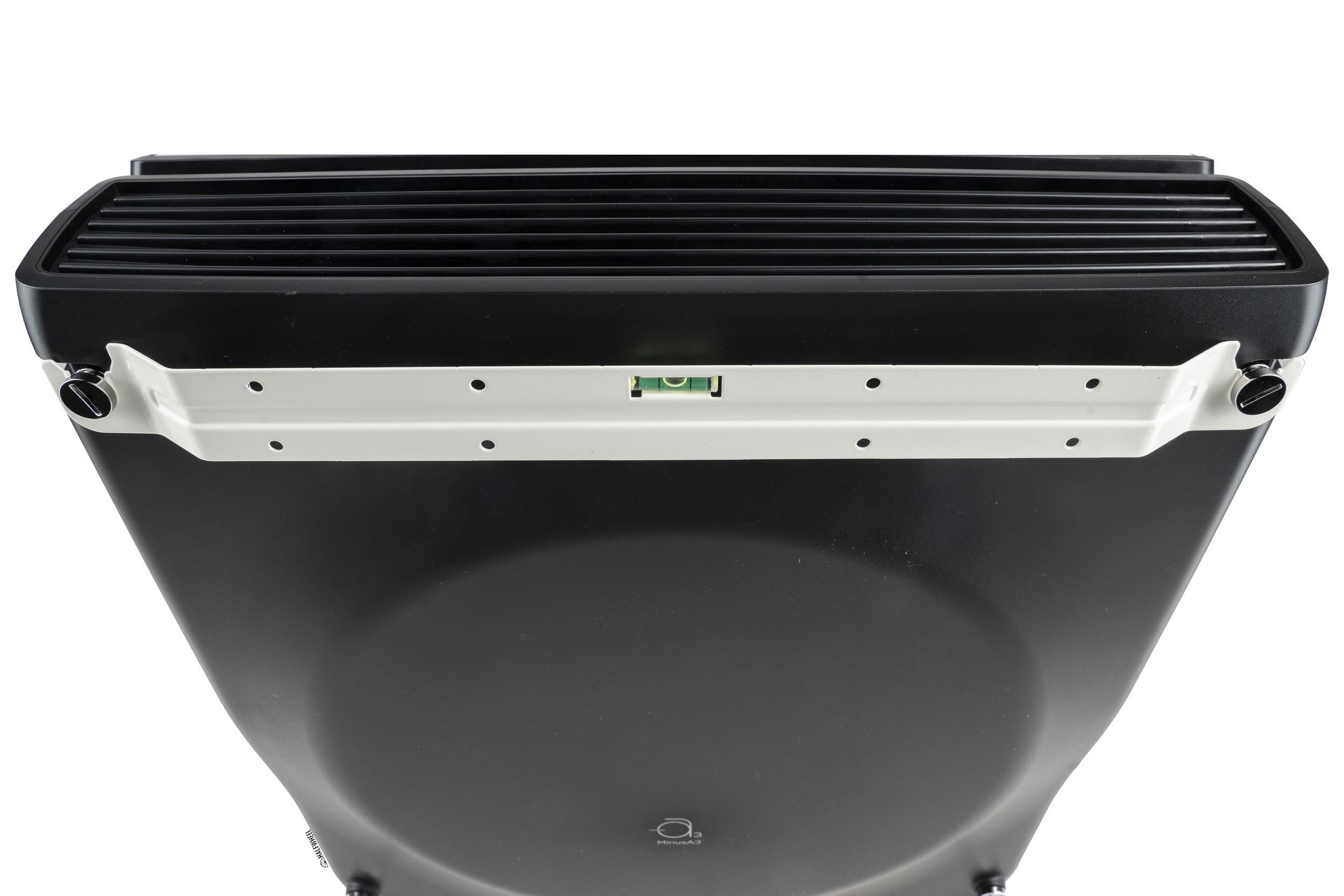 WHAT’S IN THE BOX?

The A3, one set of filters, and the wall mounting hardware.

In the most basic terms, the unit has a fan that is placed behind a series of filters. The Rabbit Air sucks in air, which goes through the filters and then out the top of the unit. This is no different than the MinusA2, but more on that below.

As with the MinusA2, the unit has a six-stage air purification system:

HOW DOES THE APP WORK?

It’s pretty simple but effective. Above are some pictures of the setup of the app, which is very easy. It only connects via wi-fi and took just a few minutes to complete the setup.

You can see more of the app in action in the YouTube video above. The app can control all the functions that are included on the touch panel of the unit, plus the ability to control the RGB mood lighting. With both the A2 and A3, my default is to just leave the unit in Auto mode, so the app isn’t really that important for me.

While unboxing the A3 it was obvious that the filters are larger than the MinusA2, but I was curious if they were actually any different. As it turns out, they aren’t. And I suspect this means that for people that already have a MinusA2 that is functioning well enough to their standards there likely isn’t a reason to upgrade.

That being said, there are some improvements:

There are some other upgrades: the device definitely appears more modern, the buttons on the unit are now touch-activated and there’s RGB mood lighting for those that want it. The design of some of the filters has changed but I’m not sure how impactful those changes are compared to the fact that the filters are just larger.

WHAT WE  TESTED AND DIDN’T TEST

As much as I would have liked to, this review is based on real-world use and not scientific testing. Not only is most of this science way above my head, but we also didn’t really have a practical way of testing the improvement claims. That would have required us to utilize some sort of cleanroom and controlled test, which are all things that seemed a bit too expensive for us to test one air filter.

Instead what we did was to replace one of our existing MinusA2 units—the one that encounters the bulk of the smoke—with the new A3. Neither Brooks Whittington nor I noticed much of a difference in the nearly daily use of the A3. That being said, it’s not like the A2 was struggling before it, so I wasn’t expecting much change there.

There are two things that I did notice. First, the smoke needs to travel less distance before it gets in range of being sucked in by the A3. Some of this is probably due to the more powerful fan but some of this is also due to the new front inlet. It’s a difference of inches, not feet, but it is noticeable. Second, it does seem like the unit is a bit more responsive in toggling between fan speeds in automatic mode. 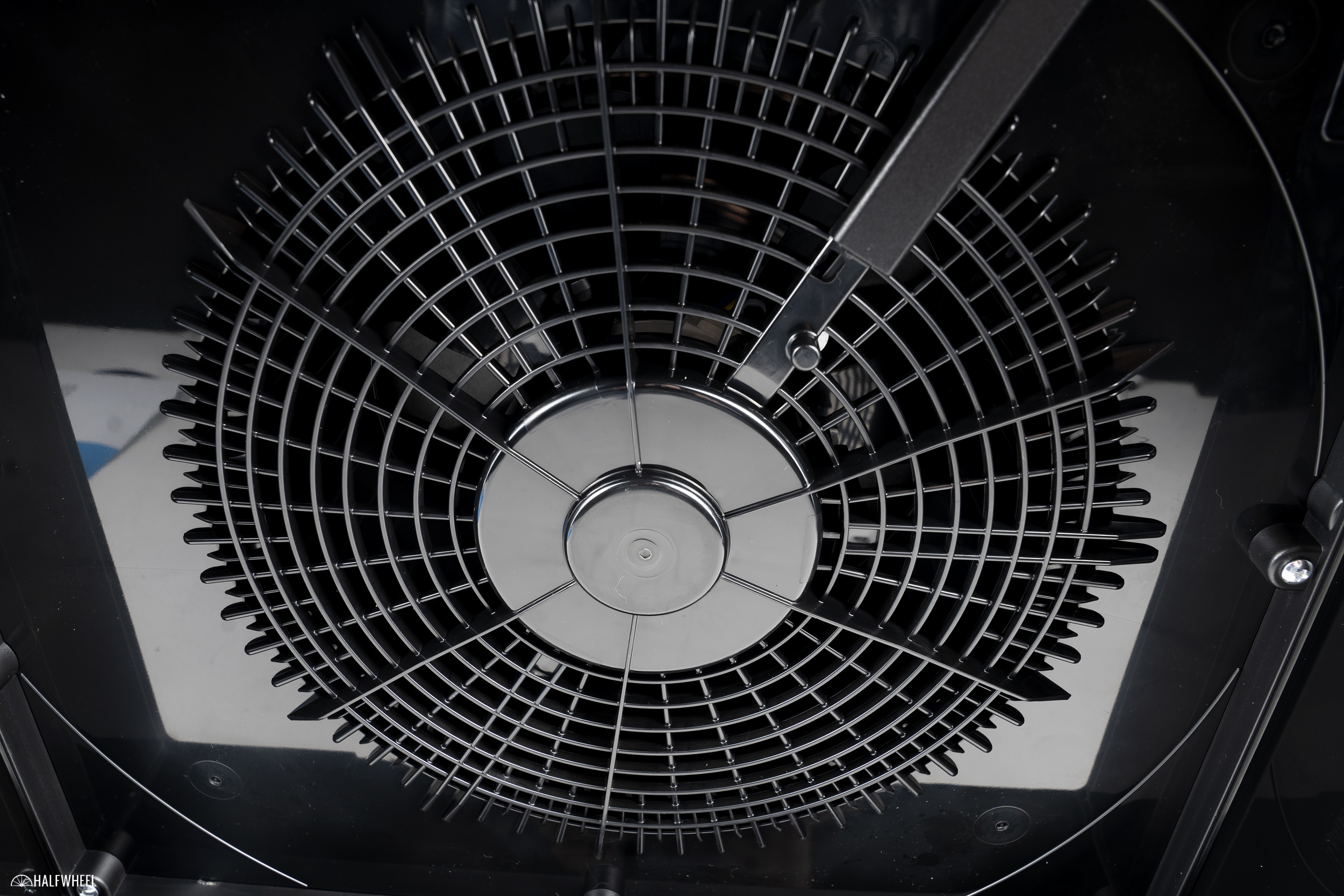 The following are some thoughts I have regarding air purifiers in general. All of them apply to the A3, though none of them are unique to the A3 or other Rabbit Air units. 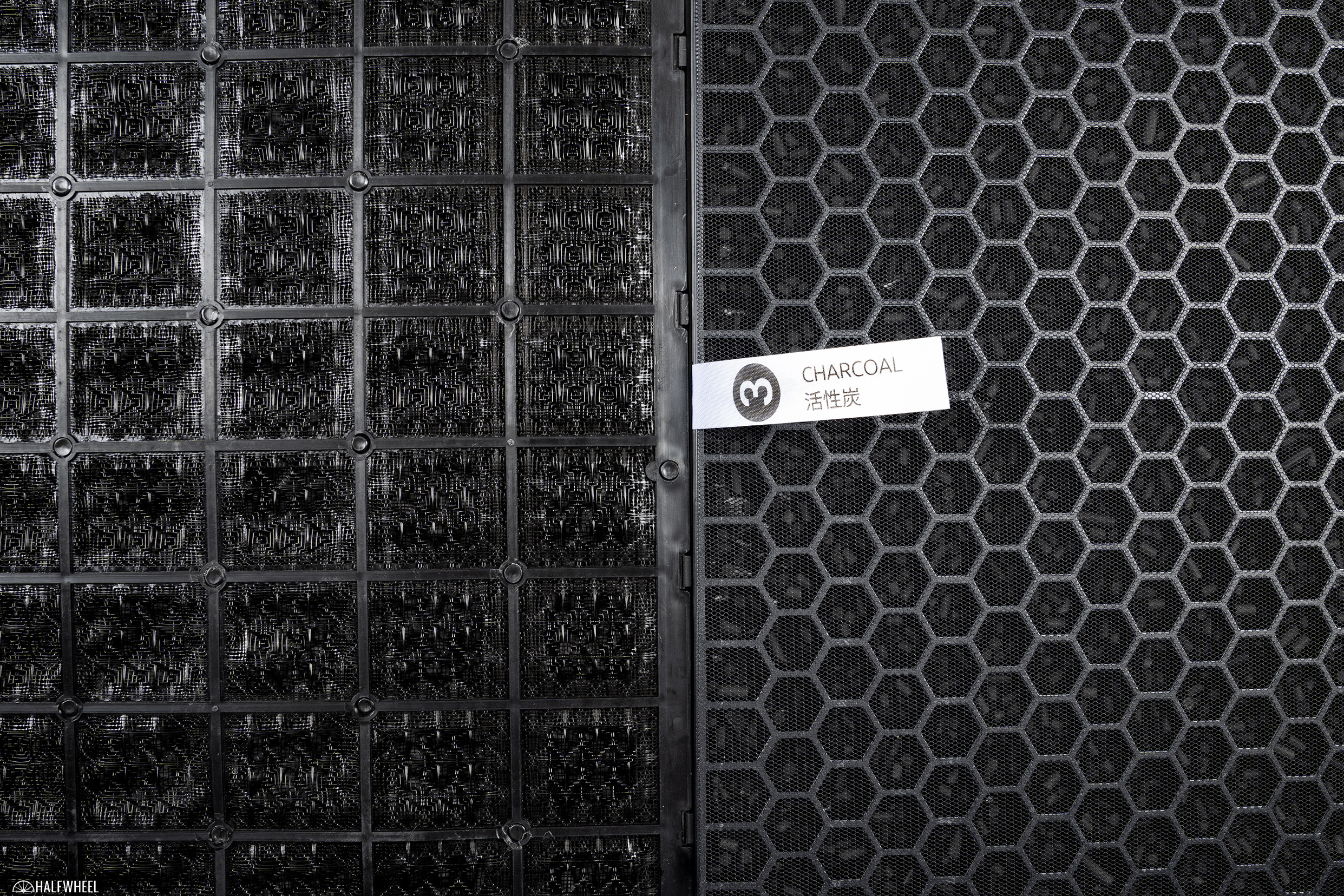 The obvious competition is one of Rabbit Air’s MinusA2 units, or more specifically, one of the less expensive MinusA2s ($549.95-619.95) and a small fan. I think the combination of the MinusA2 plus a small fan is probably a better use of $750 than an A3 without the fan. The key with both units is getting the smoke to the unit and if you are struggling to get some of the smoke close to the air purifier, a small fan does wonders to fix this problem.

Outside of Rabbit Air’s own offerings, I can’t say that I’ve consistently seen another consumer-focused air purifier marketed towards cigar smokers or used in cigar stores. That being said, I have experience trying to use three other air purifiers—none of which are direct competitors—to try to mitigate cigar smoke. 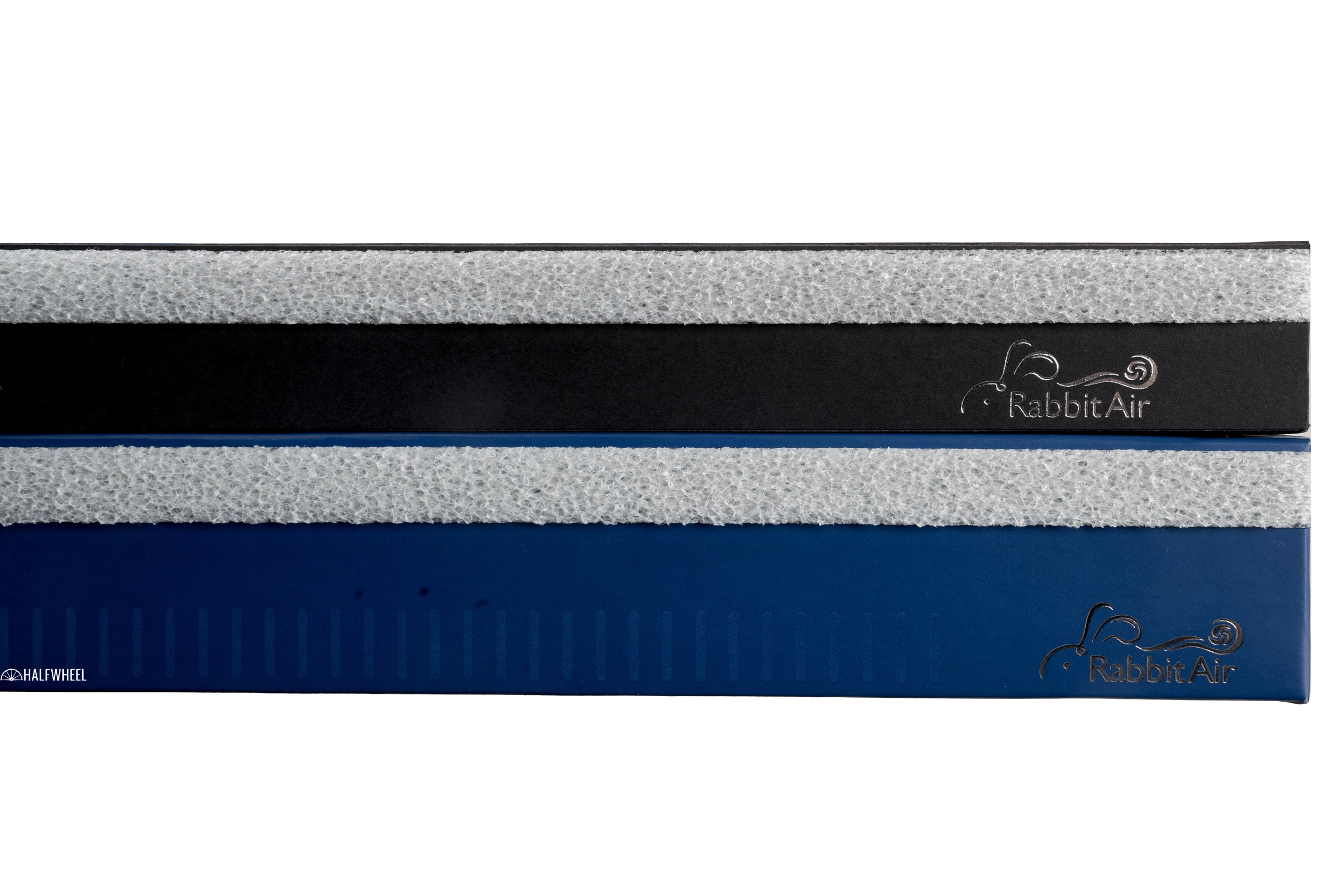 While I don’t think it’s worth upgrading for existing Rabbit Air owners, I don’t think there’s anything wrong with the $200 premium over the lower-end MinusA2. Functionally, the unit performs as well as the MinusA2s and I’m willing to take Rabbit Air’s claims that the larger and more powerful air filtration is better. The real question is whether that $200 could be spent better elsewhere and I suspect that buying a small fan to place on the other side of the room to help encourage more of the smoke to make it to the Rabbit Air is probably a better use of that money.