The newest cigar from Quesada is on its way to retailers alongside a revamped look for one of the company’s staple smokes. 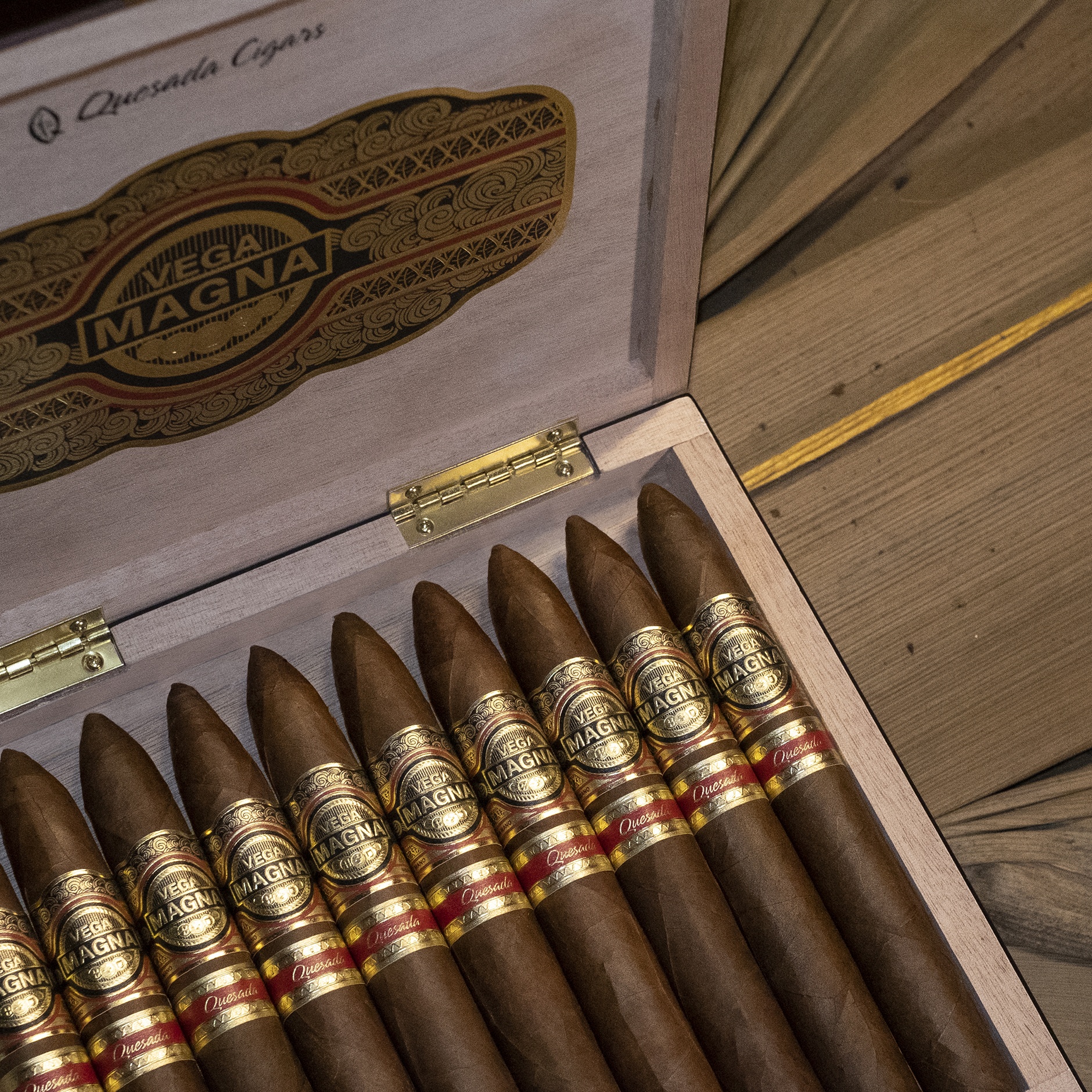 The Vega Magna uses an Ecuadorian sun-grown wrapper over a variety of Dominican secos, visos and ligeros, some of which date back to 2001 and were aged in tercios, a style of wrapping a large number of tobaccos in royal palm leaves.

“The use of Dominican tercio-aged tobaccos from as early as 2001, sorted and fermented with the extreme care, makes this blend extremely unique,” said Manuel “Manolo” Quesada Jr., the company’s president, in a press release at the time of the cigar’s announcement.. “The tercio aging, over long periods of time bring out wonderful complexity, that help create a sweet, rich full-bodied blend with notes of cocoa, dried fruits and cedar.”

It is being released in three sizes, with prices that put it at the top of the Quesada portfolio: It will be sold in boxes of 10, with artwork made by Dominican artist Pragmy Marichal that is designed to be hung on a wall or otherwise displayed. The line is an ongoing but limited production, with just one pair of rollers producing the cigar.

Also en route to stores is the updated packaging for the Fonseca Classic, and while the blend remains the same—a Connecticut wrapper over Dominican fillers—it is said that recent crops that are now being used for the cigars are giving the cigar more flavor presence on the palate, according to Miguel Nuñez, the company’s production manager. The packaging updates give the boxes a Quesada logo, more modern feel and a large space that will presumably be used for FDA warning labels. This new look figures to serve as a template for future rebranding of other lines within the company’s portfolio. “Us taking Fonseca and revamping it, marks the perfect representation of the torch being passed on to us, and we are happy to take Fonseca away from the past and on to its next chapter in this journey called Quesada Cigars” said Raquel Quesada, senior brand manager, in a press release.

The cigars’ shipping was announced via Quesada’s Facebook page.