The fifth and final official day of the Puro Sabor Festival is a bit lighter on the schedule, both out of a growing need for some rest as well as in preparation for the final dinner and celebration that happens Friday night. I’m using a bit of that time both to rest, catch up with some friends, as well as write up the day so far.

After the usual meeting in front of the main church to swap buses and get on our way to the day’s destinations, I was off to Abdel Fernández’s factory, which I had never seen, while Charlie Minato was off to Puros Estelí Nicaragua S.A., otherwise known as PENSA, but likely best known as the home of the J.C. Newman’s Brickhouse and Quorum brands, among others.

Having never been more than by Abdel Fernández’s factory and after hearing numerous reviews about its size, capacity of tobacco, production, and simply because it’s incredibly attractive from the outside, I was eager to finally set food beyond the gate. Once inside, it certainly lives up to expectations almost immediately, and it was certainly a stark contrast to the two factories I visited on my first day in Estelí. Unlike those two, Tabacalera AJ Fernandez Cigars de Nicaragua S.A. handles much more of the pre-industry processes such as fermenting tobacco. Having visited a fair number of factories so far, I’ve become much more inclined to look for small, subtle differences in the process that I may not have seen elsewhere. I’m certainly not saying that this is the only factory to do something, just that I might not have seen it before.

That started with the pilones where tobacco undergoes fermentation, and where it gets not only covered with the fairly standard burlap cloth, but wrapped in a thick plastic that helps to control temperature and moisture and give each pile a more even treatment. The company ferments its tobacco three times, first in pilones, then in bales, then in burros, which get progressively smaller, the latter weight in the neighborhood of 1,000 pounds. He’s also hesitant to add water directly to the leaves, preferring to keep them in a high humidity environment—between 80 and 90 percent—and let them absorb the moisture through the ambient air. This is in contrast with what happens In some other factories, where water gats sprayed directly onto the leaves. 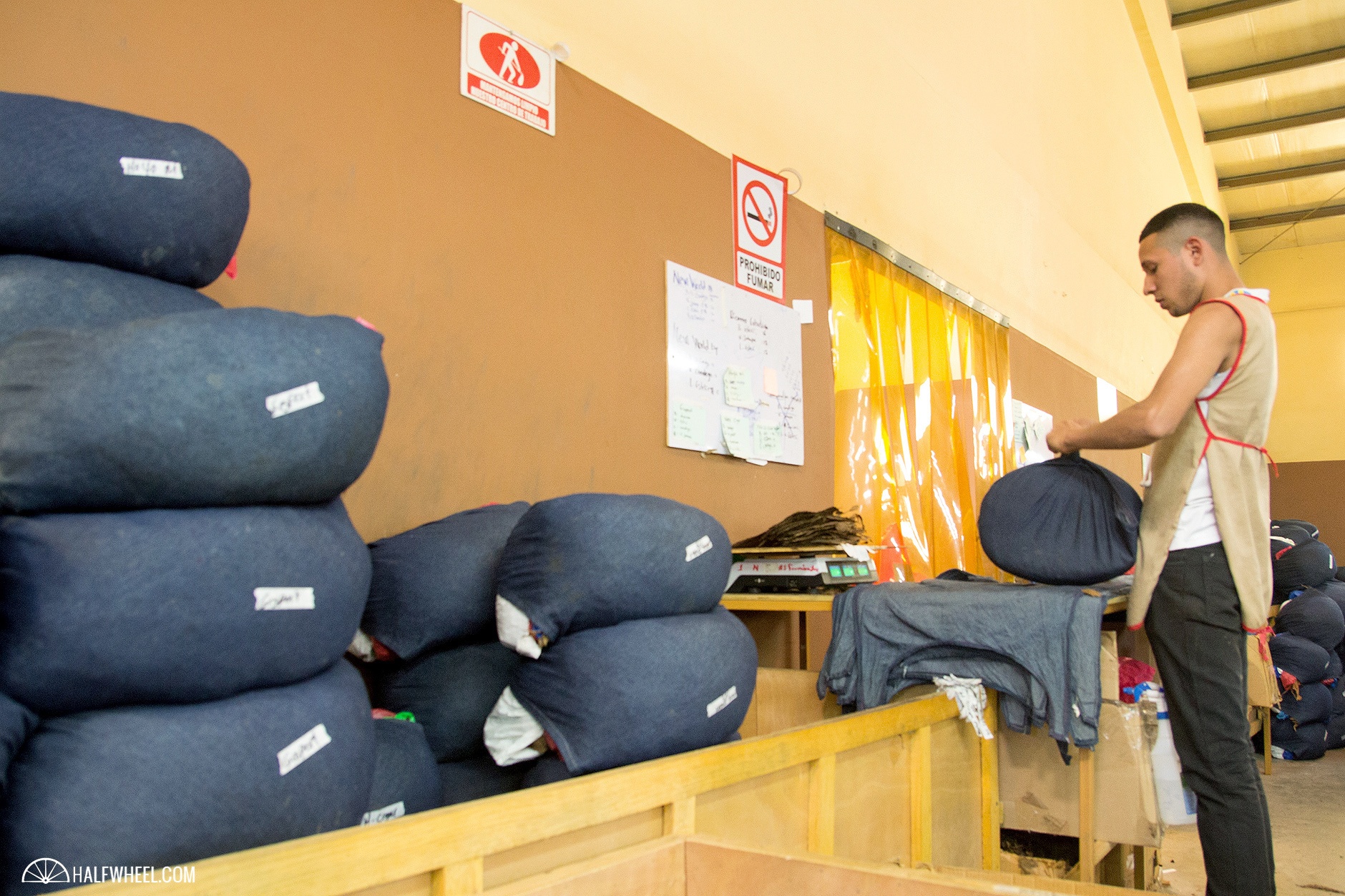 While the steps along the way are fairly similar to other factories, there are a couple things that stood out, besides just the grandeur. One was the blue bags that hold the tobacco for the day’s production, which were more of a modern cloth or possibly polyester material as opposed to the thick plastic bags I’ve seen elsewhere. Another thing that I had never seen before was the use of a draw poker-type tool to remove salomones from the molds. This is done not only to protect the heads and feet of the cigars, but also to keep them from expanding. The roller who I spoke with alternates which cigars come out of the mold; start with the first in line, skip one, take the next, and so on. This is to keep a more even pressure on the cigars and thus prevent them from expanding as they wait to get their wrapper applied. It’s a minor detail, but one that doesn’t go unappreciated. (Editor’s Note: Other factories do this. — CM) 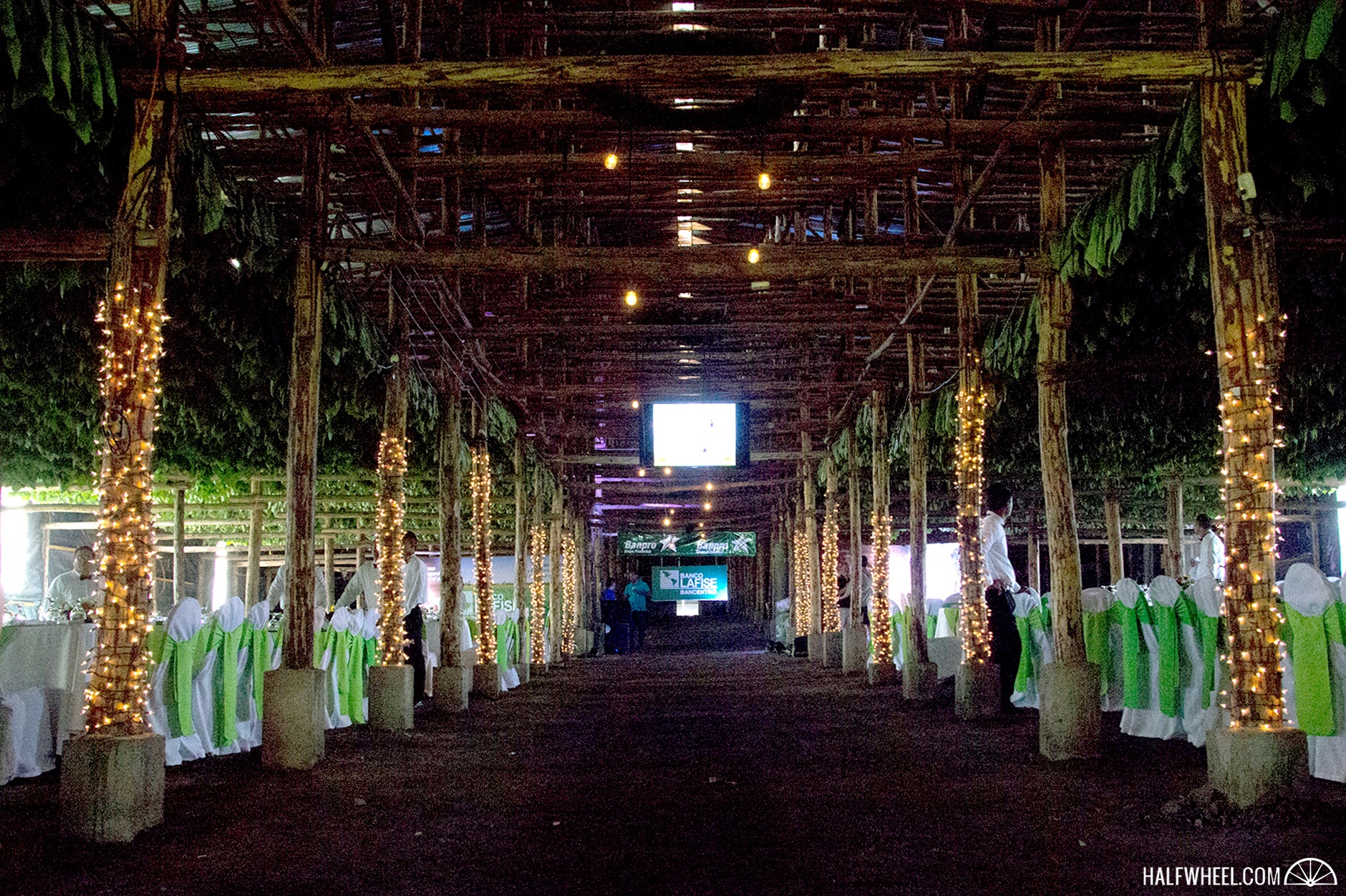 From there it was on to lunch, which we were told was being held at the El Buen Vecino farm. While it’s officially listed as part of PROCENICSA, the farm is in fact owned by Arturo Fuente. Lunch was held in one of the barns with a layer of leaves curing above our heads.

Fortunately the beams were high enough to avoid any head trauma while getting lunch or another Toña. Cigars from RoMa Craft Tobac, Casa Fernández, and NACSA were given out as the accompaniment to the meal, as well as a cigar made just for the festival. Several of the member companies submitted blends to a tasting panel, with Joya de Nicaragua’s entry scoring the highest among the bunch.

Lunch went on as normal, and then Carlito Fuente showed up. 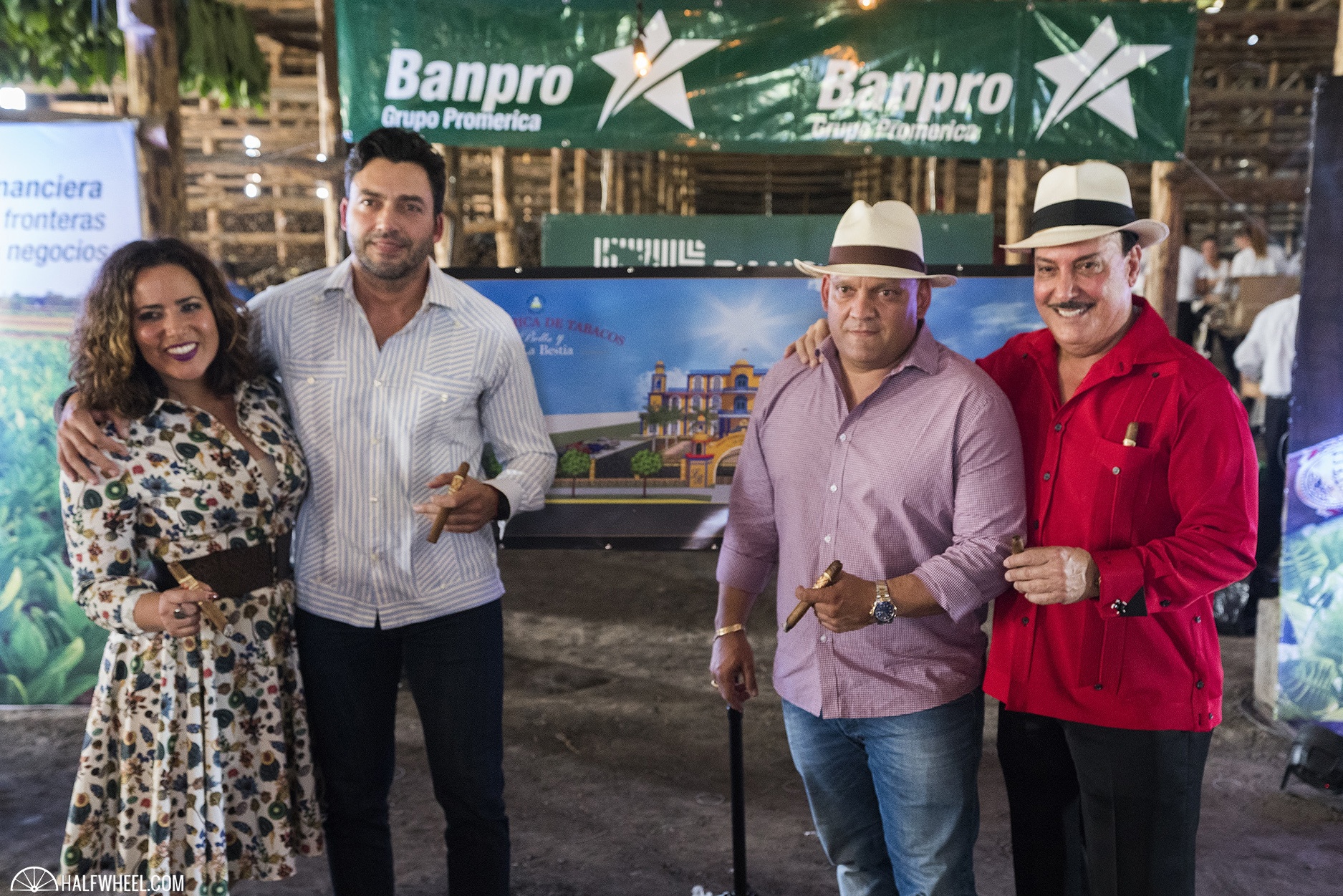 As you might have read, the Arturo Fuente Cigar Co. is opening a new factory in the center of Estelí, with construction set to begin in the very near future. A grand opening has not yet been announced for what will be called Gran Fabrica de Tabacos La Bella y La Bestia, or “the beauty and the beast,” but it is expected to be both an incredibly sizable and beautiful operation, while creating a bit of disruption to the established cigar industry.

With lunch wrapped up, Charlie and I took a quick detour to the La Corona Cigar Factory, which he saw earlier in the week but was one I was interested to see. At one time it had produced upwards of 90,000 cigars a day but is producing a good bit less now as the home to HR Cigars, Soneros, Serino, and a few other brands.

From there it was back to our hotel to get packed up to fly home on Saturday, start uploading pictures and videos, as well as get changed for the final celebration dinner, which is being held again at Drew Estate’s “DE2″ facility. It’s the most formal of the evenings but holds little back in the way of music, dancing, food and celebration, with afterparties going on well into the wee hours of the morning. We’ll have more on that event in our final recap.