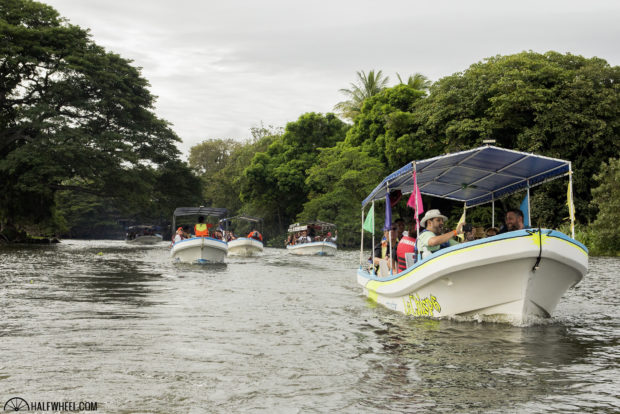 Patrick Lagreid and I are en route to Nicaragua for Puro Sabor, the Nicaraguan cigar festival.

Things kick off today in Granada, which is located on the banks of Lake Nicaragua. It’s a popular city for tourists, though not known for its cigar culture with one exception: it’s the home of Mombacho Cigars S.A. and its Casa Favilli factory.

Tomorrow is a day planned of outdoors activity before a big party in the evening. On Wednesday we’ll head to Estelí, home of Nicaragua’s cigar industry where we’ll visit factories and farms.

We’ve covered Puro Sabor many times before, but we have some minor changes for this year’s coverage. We’ll still be providing daily updates, with internet permitting, it’ll be with a few more videos.

If you are (going to be) in Nicaragua, please say hello. If you aren’t, but there’s something you want to see, let us know below.