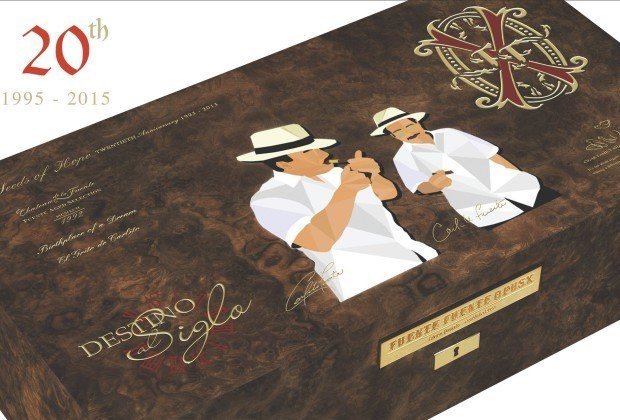 Prometheus has announced the 2015 releases of its Fuente Aged Selection collection, a number of new products that celebrate 20 years of Fuente Fuente OpusX.

Headlining the collection are the Father and Son humidors, 200 units that can each hold approximately 175 cigars. It is being offered in five colors: 50 in Walnut Burl, 50 in Macassar Ebony, 40 in Blue Sycamore, 30 in Red Sycamore, and 30 in Yellow Sycamore. 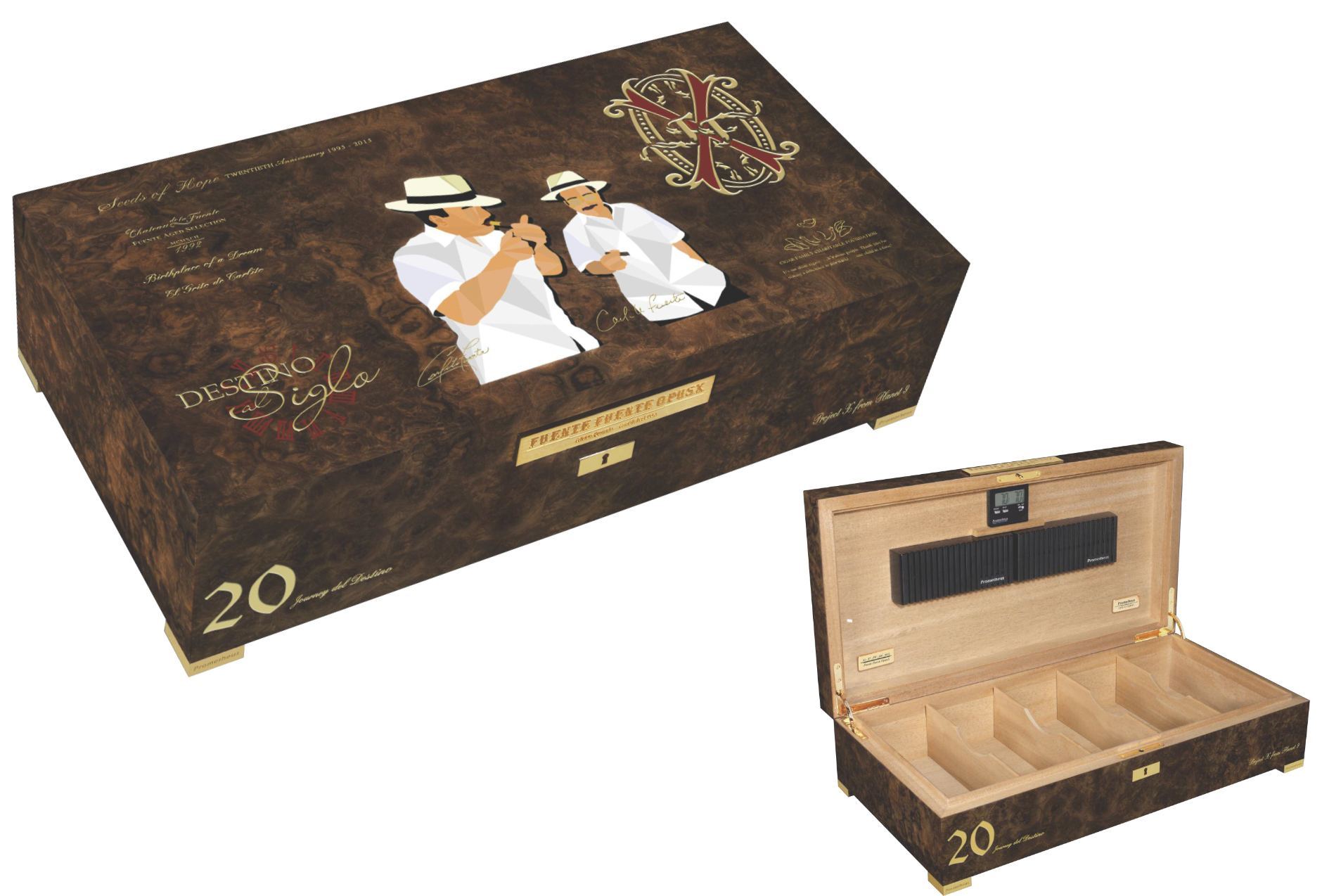 The previously mentioned Fuente Fuente OpusX Original Belicoso was made in 1994 but never released. The cigars measure 5 1/2 x 48 and will also be released in a specially designed Prometheus Travel P pocket travel humidor. 400 cigars are being released, two for each humidor. 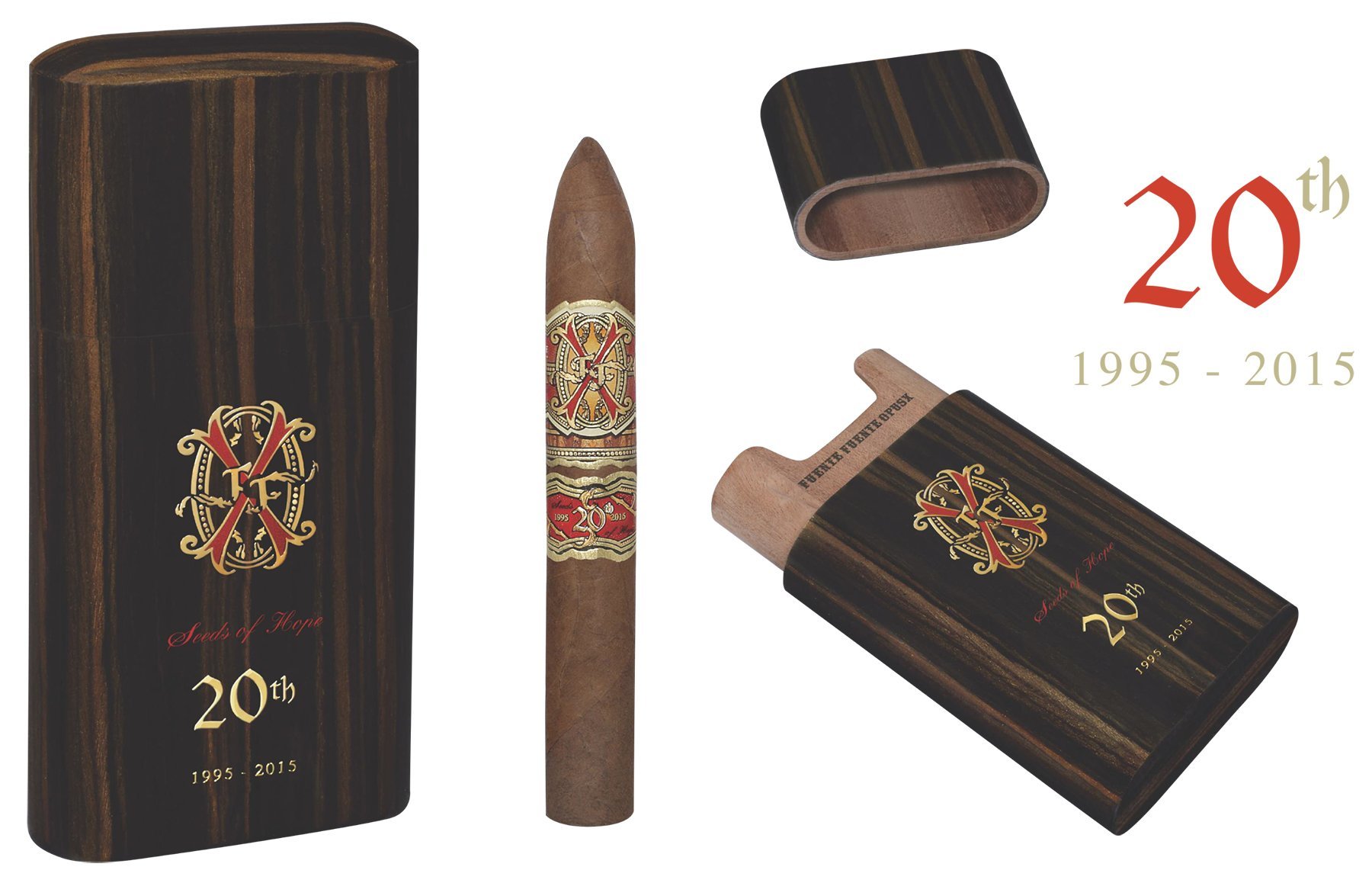 Another travel humidor is part of this year’s releases, the 2015 Limited Edition Fuente Fuente OpusX 20th Anniversary Travel Humidor. Each unit measures 8.63 inches x 6.75 inches x 2.06 inches and includes an Optima travel humidifier and protective carrying case. MSRP is $350, with 200 units produced, 50 in blue, 50 in red, 50 in yellow and 50 in Macassar ebony. 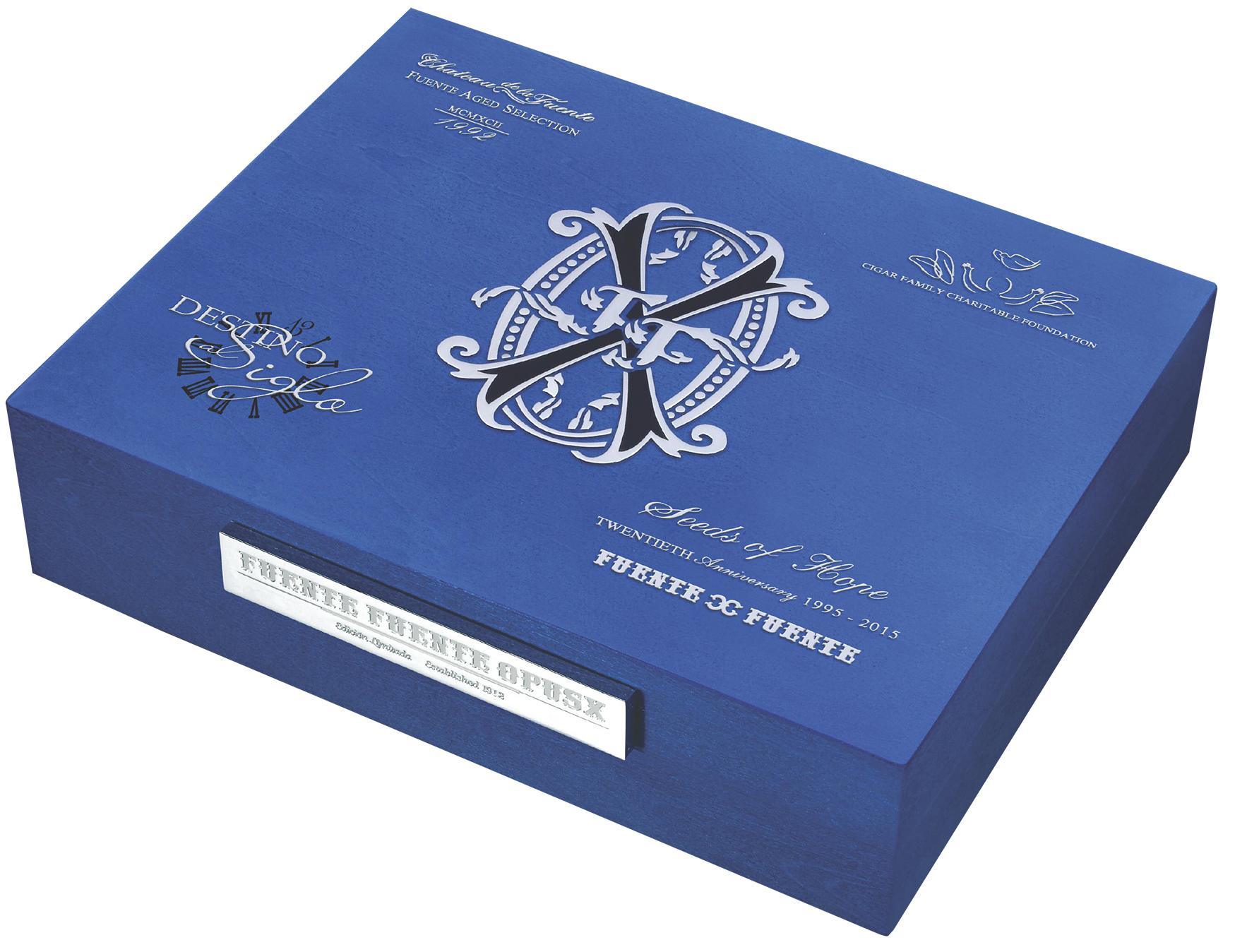 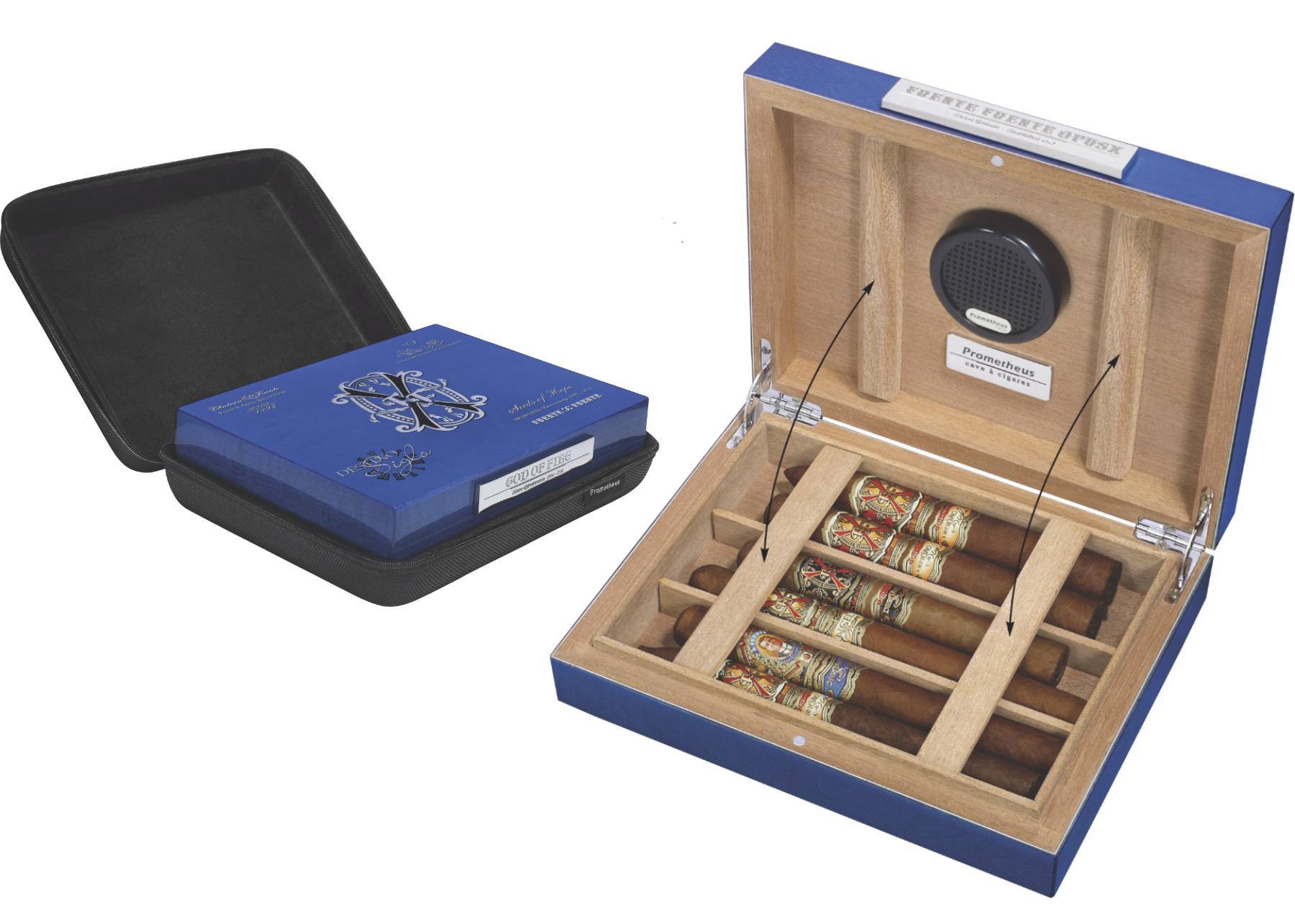 If a third travel humidor sounds like something you’d like to have, the FFOX 20th Anniversary Prometheus Travel P is for you; it holds three 60 ring gauge cigars up to 6 1/2 inches long, as well as an eight-gram Boveda pack for humidification. It’s available in a Macassar ebony veneer, with 200 units produced, each having an MSRP of $125. It does not include cigars. 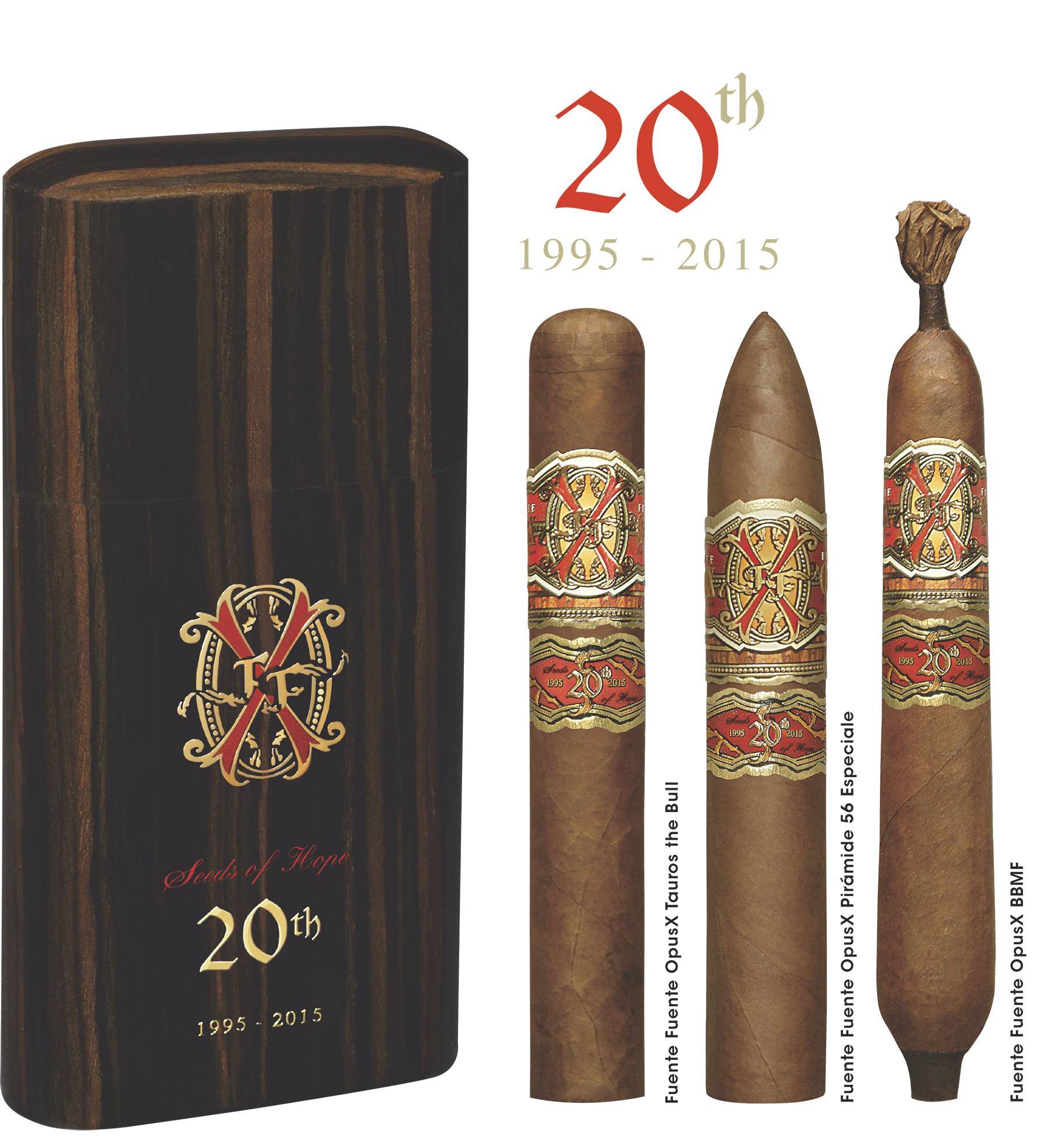 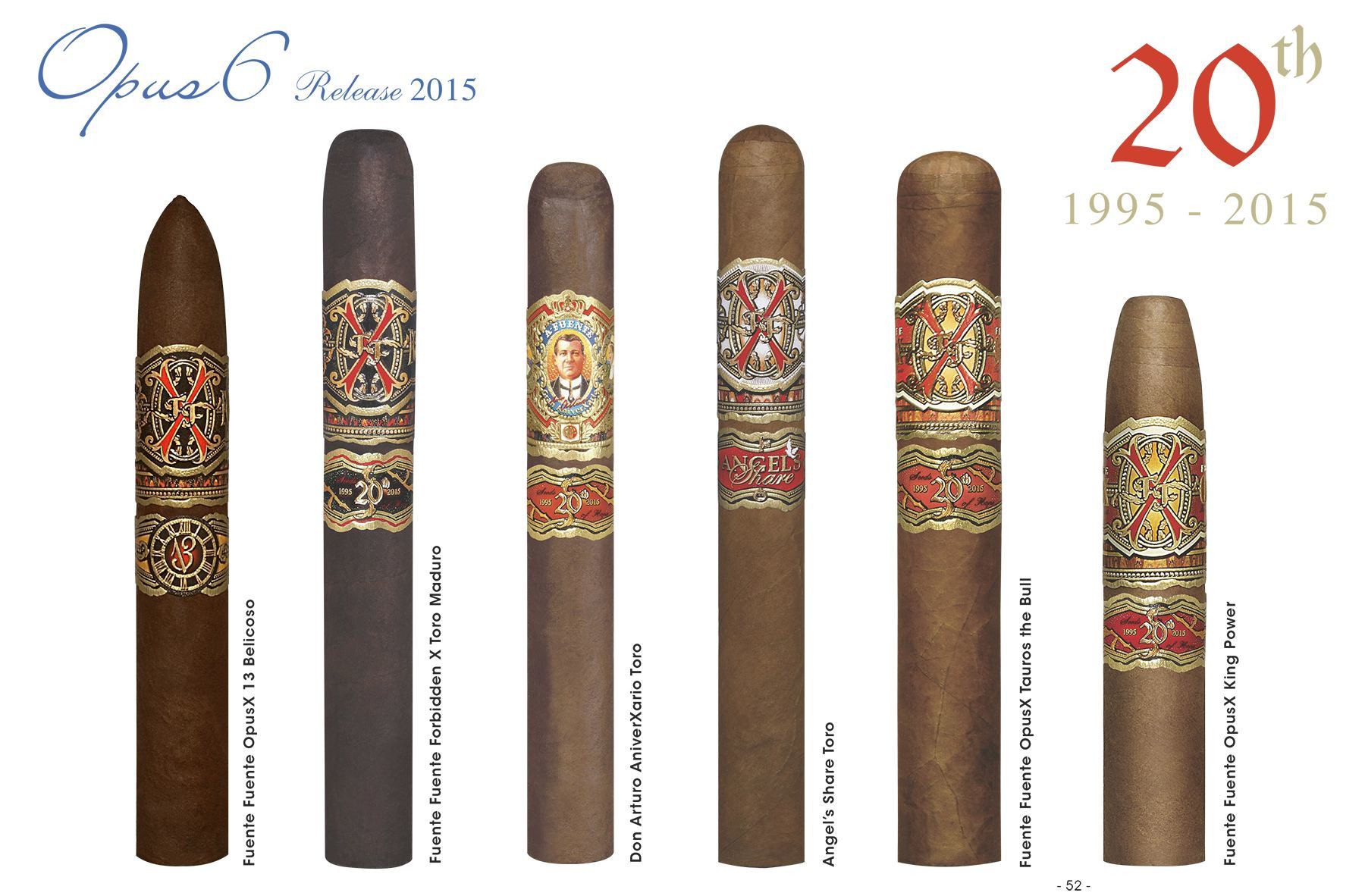 The bigger collection of cigars, formally known as the Fuente Fuente OpusX for Cigar Family Charitable Foundation and informally known as Opus22, will be released in two phases: 350 in November 2015 and 150 in May 2016. Each serial numbered box comes with a certificate of authenticity and an MSRP of $975. 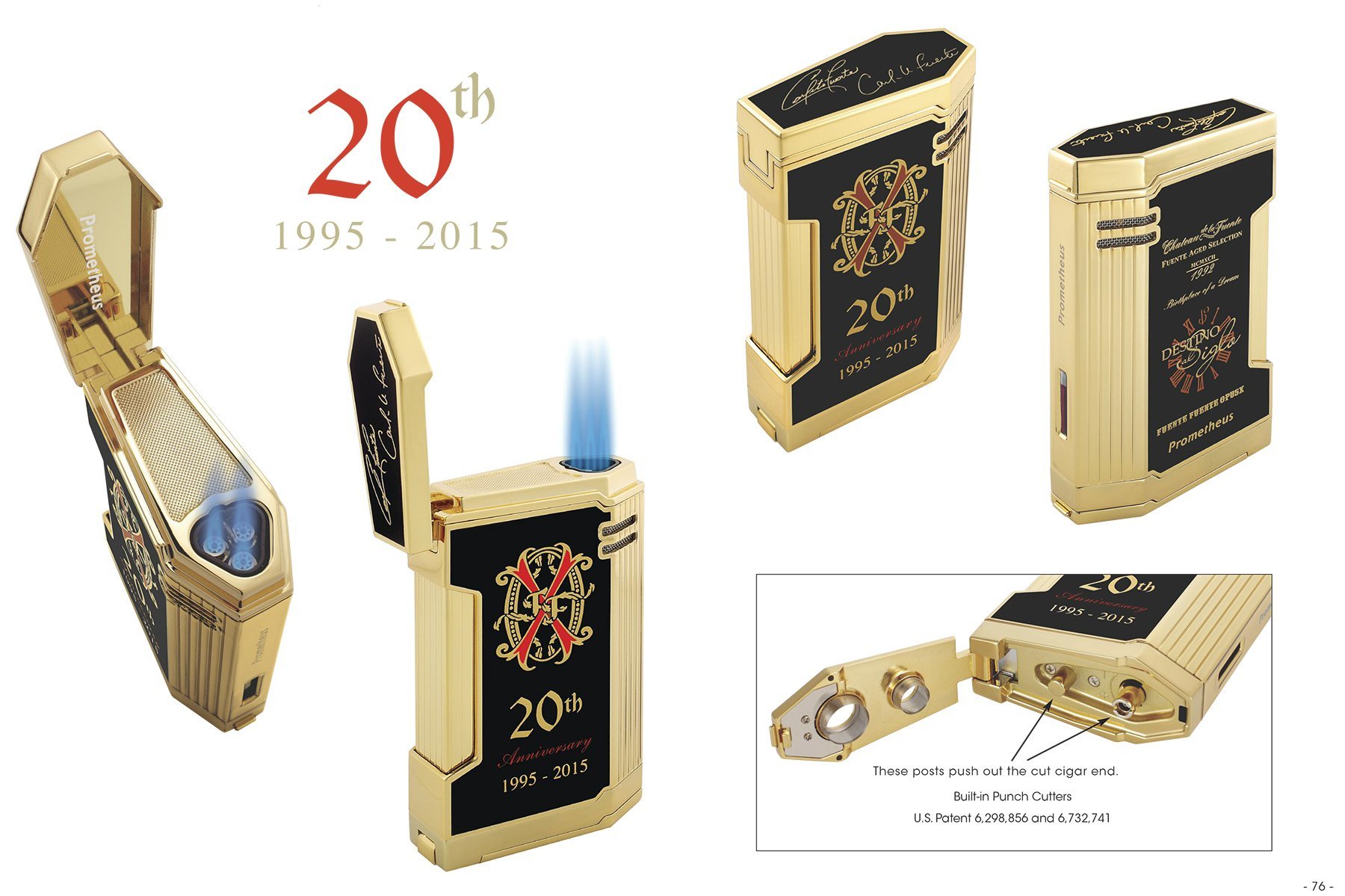 On the accessories side, the FFOX 20th Anniversary Prometheus Magma T is a triple-torch, wind-resistant table lighter that comes with two built-in punch cutters. 1,000 units are being produced in each black and white, each with a serial number and MSRP of $125. 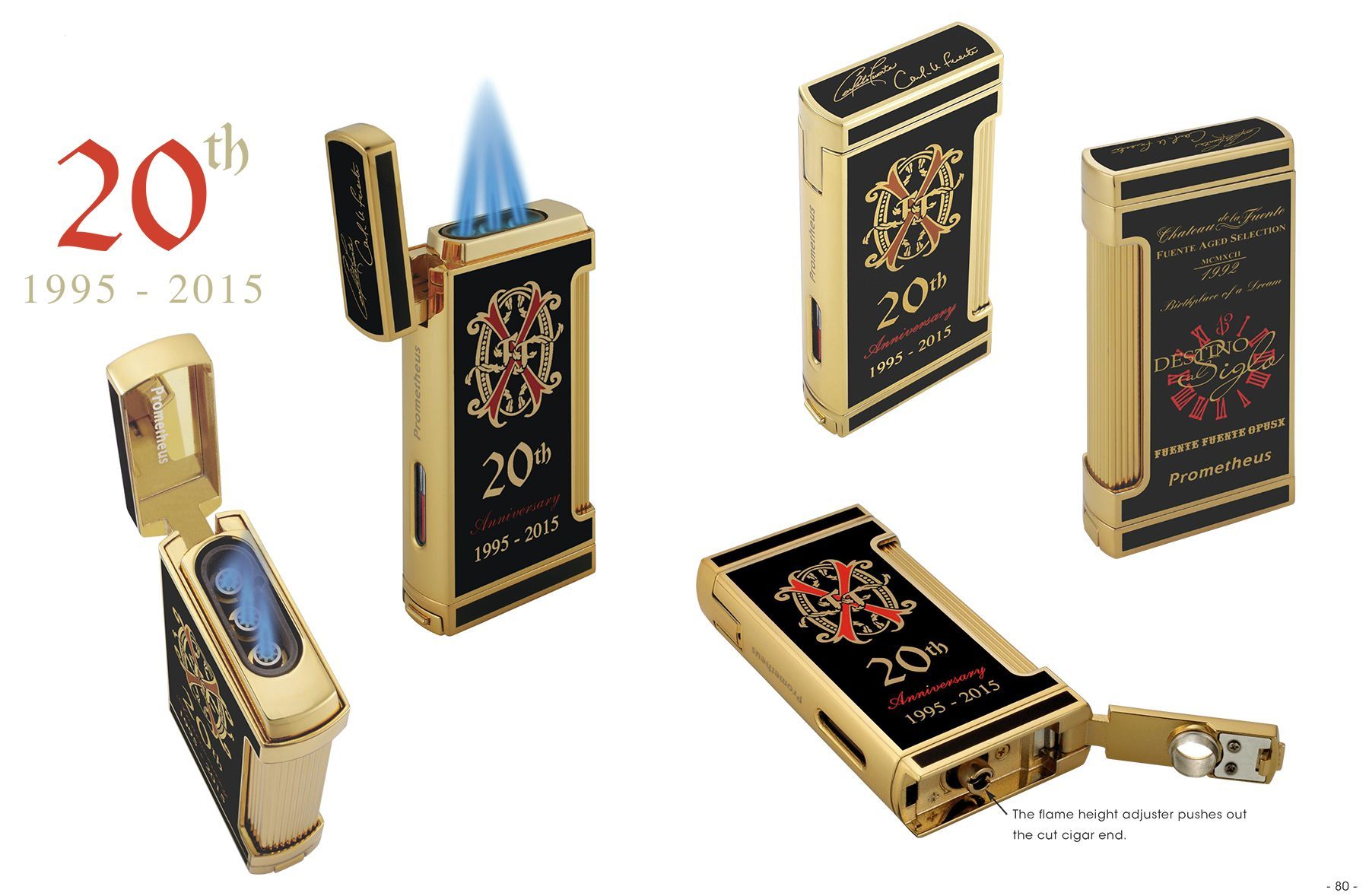 There is also an FFOX 20th Anniversary Prometheus Ultimo X, another style of wind-resistant, triple torch flame with a built in punch cutter. 1,000 numbered lighters will be produced with an MSRP of $99; 650 in black and 350 in white. 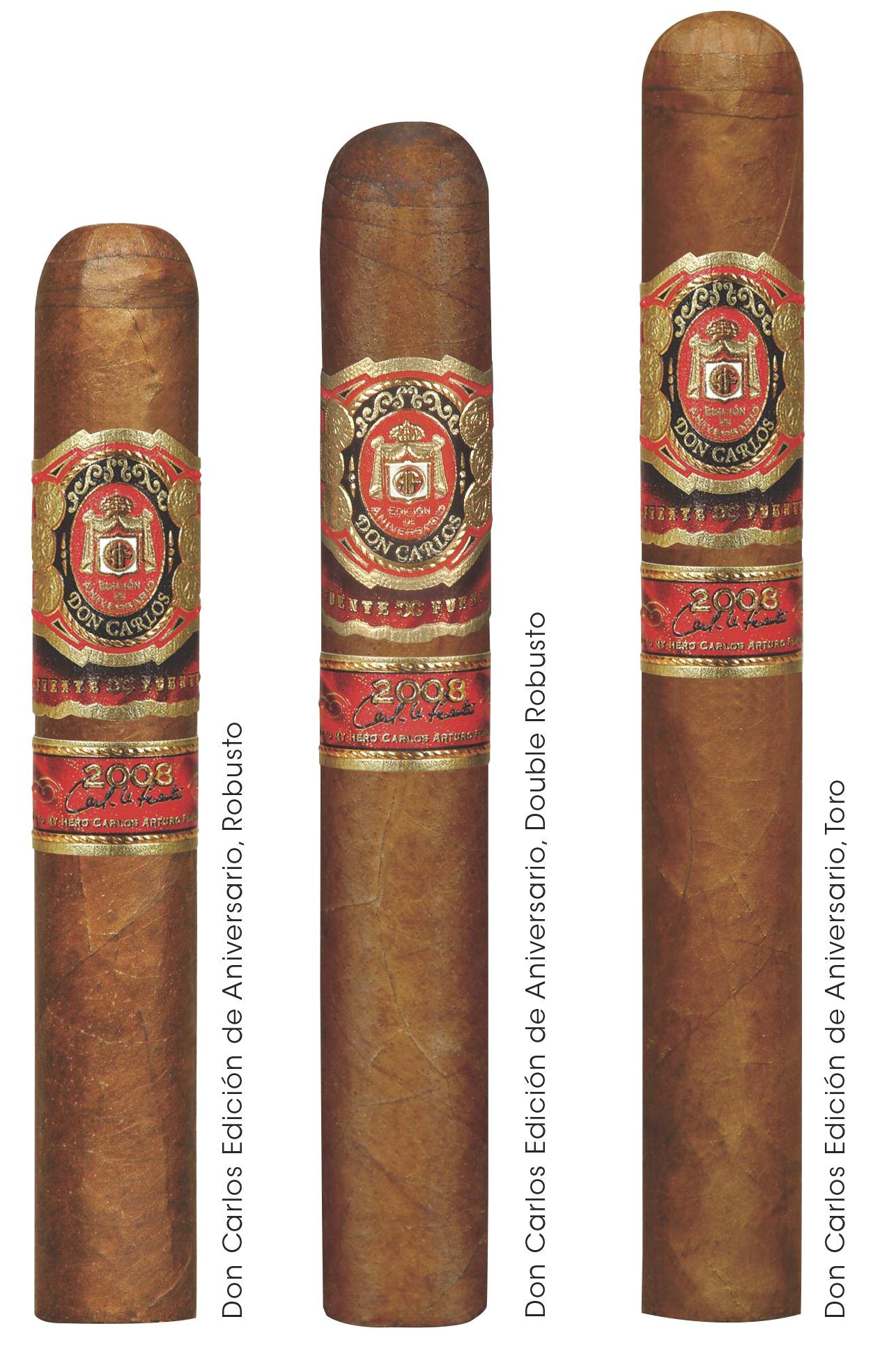