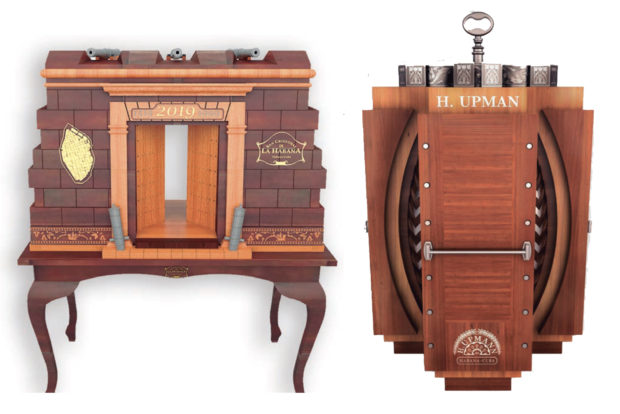 For many, the highlight of the annual Festival del Habano, the Cuban cigar festival, is the auction of one-of-a-kind humidors that is done on the final night of the event. The humidor auction is hosted by Habanos S.A. to raise money for the Cuban healthcare system and routinely raises over $1.5 million.

This year’s auction items are as follows. 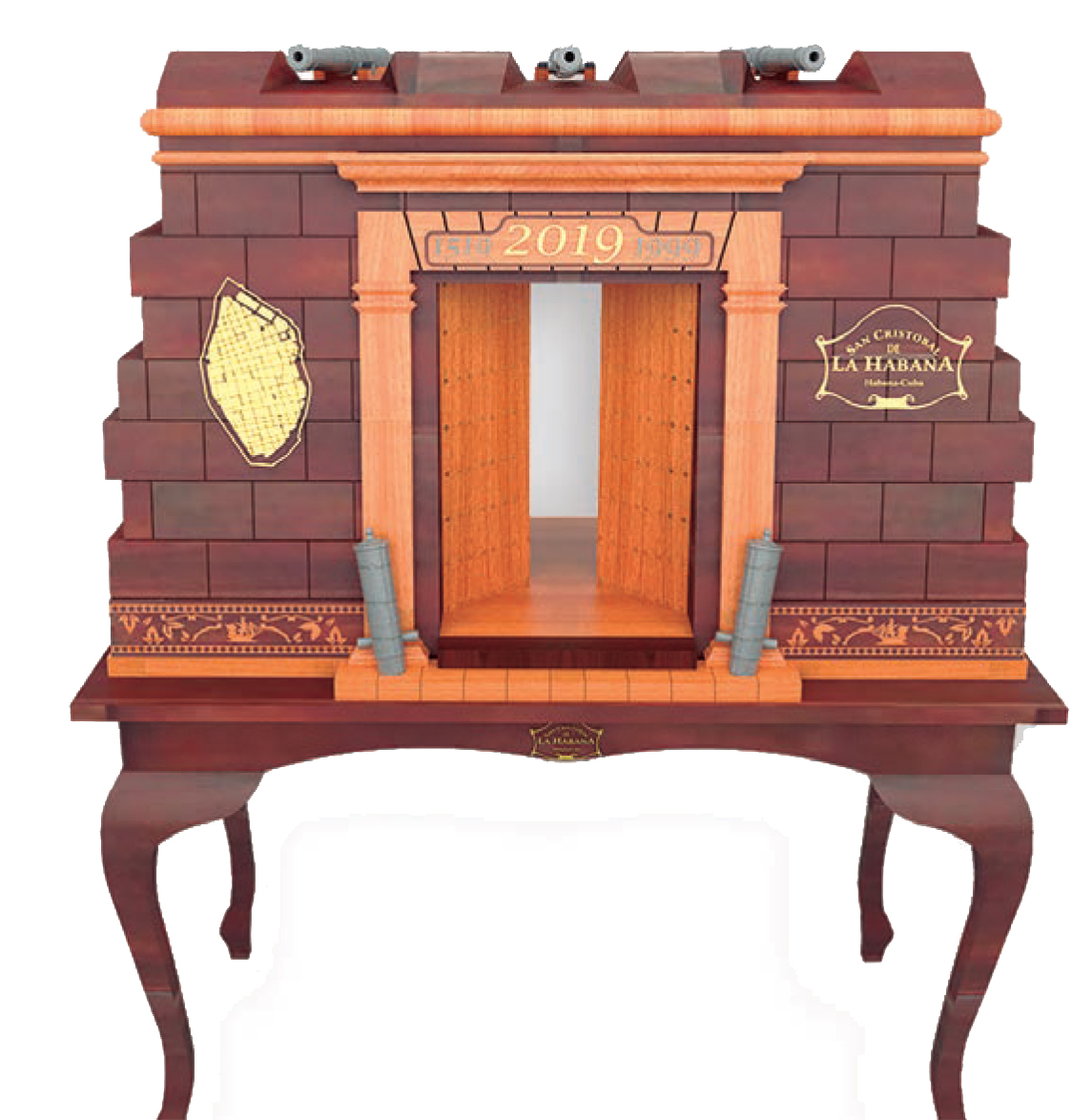 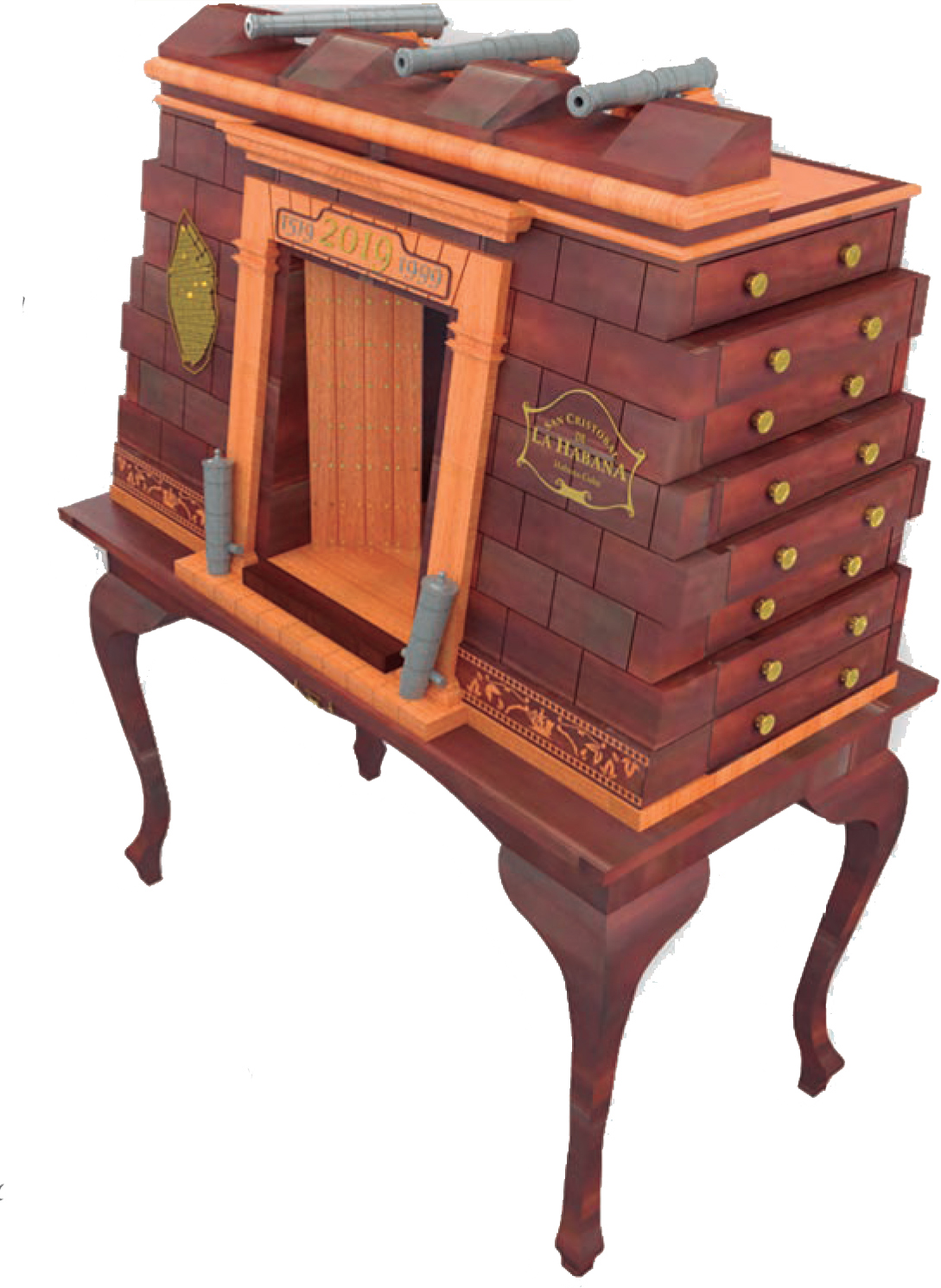 It’s the 500th anniversary of the city of Havana, which was originally named San Cristóbal de La Habana. As such, the brand is a focus of this year’s festival and that includes the humidor auction. The San Cristóbal humidor is made to look like the walls of a city, including gates—which are opened—cannons and the wall elements.

Grupo Union produced the humidor for the auction using Cuban cedar, mahogany and okume woods along with bronze and titanium. A total of 500 cigars are included in the humidor,  placed in 14 drawers on each side of the humidor. 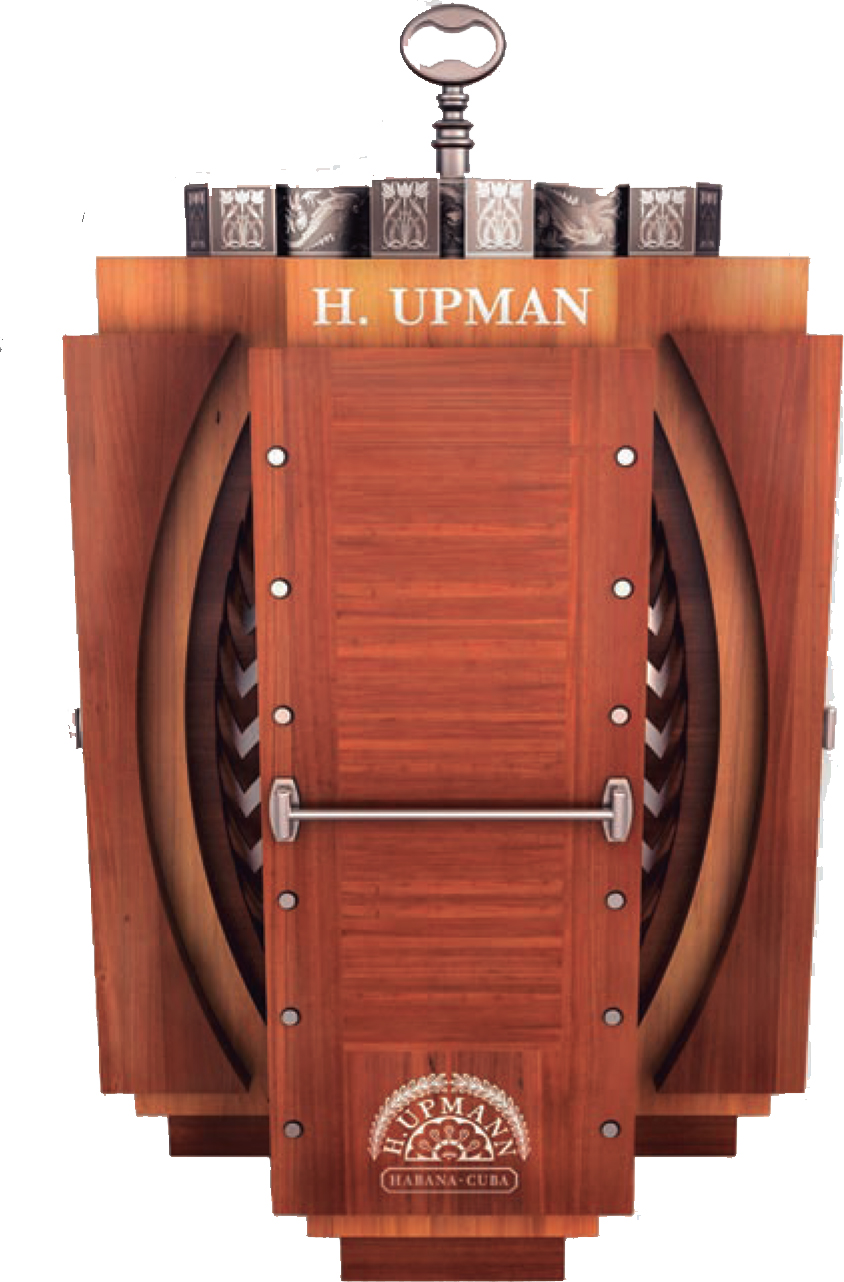 Herman Upmann was a German banker who came to Havana and established a bank and later the cigar brand that bears his name. This humidor pays tribute to that, designed to mimic a bank’s security system. It was created by Humidores Habana, which has produced a number of auction humidors over the years and has multiple humidors in this year’s auction.

Okume and cedar woods are used along with stainless steel and silver were used to create the piece, which has a capacity of 500 total cigars. Habanos S.A. says there are 20 drawers for loose cigars as well as four spaces to place boxes. 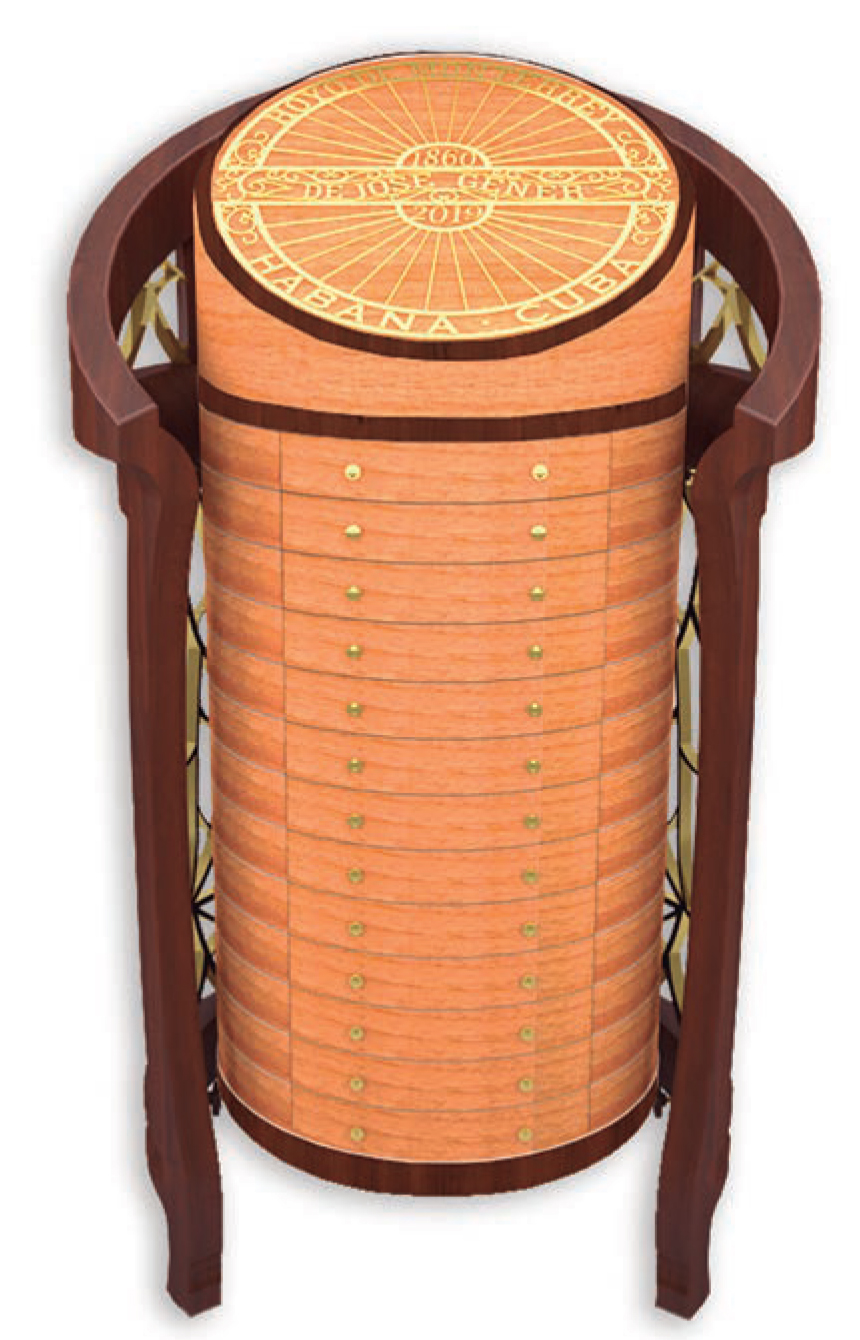 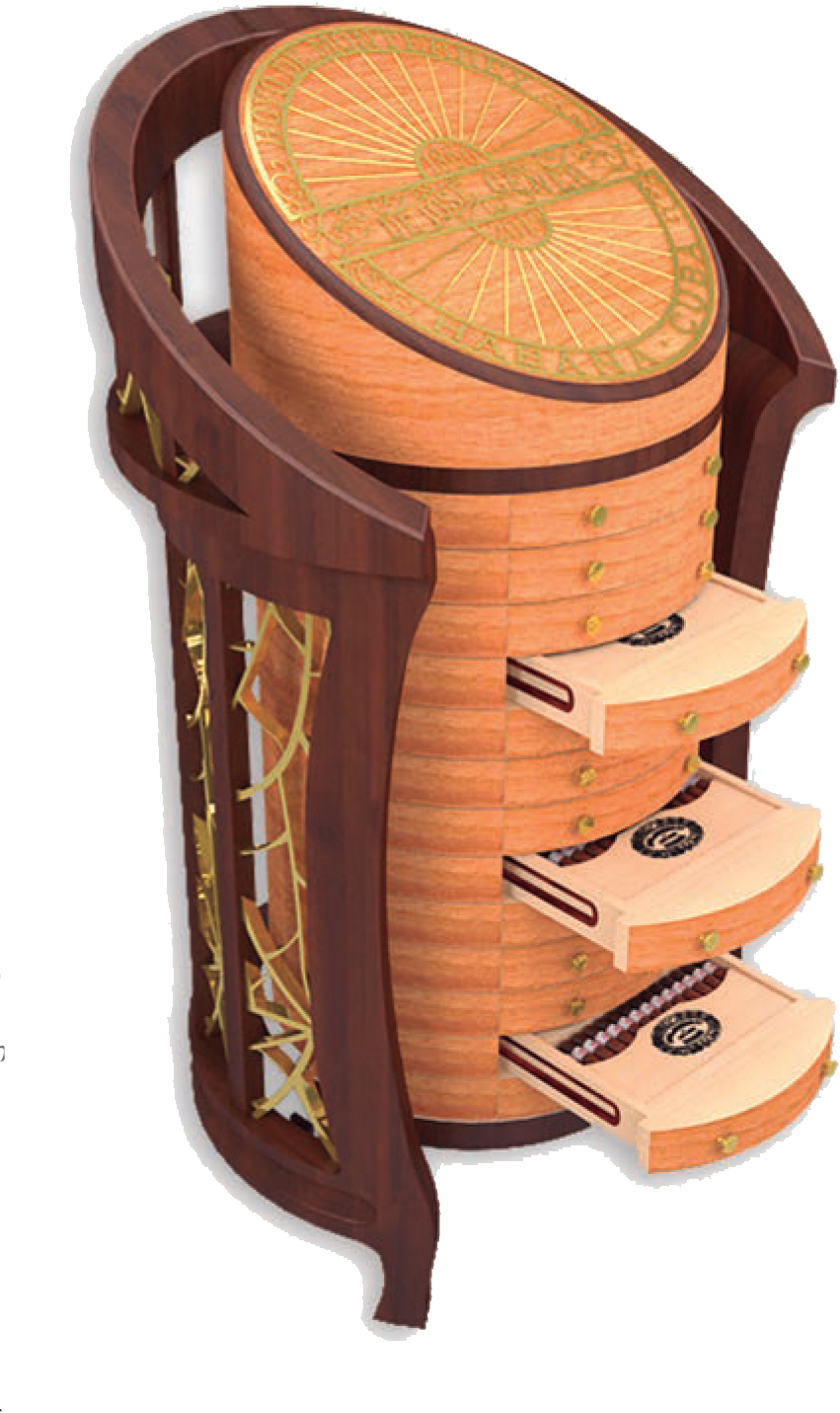 Habanos S.A. says this humidor is “intended to evoke a Habano (cigar) by recreating this truncated tubular form.” It’s also inspired by the Las Vega de Hoyo de Monterrey, a farm that features a gate with the inscription: Hoyo de Monterrey. José Gener. 1860. That inscription is on the top of the humidor.

It was designed by Jackmel Llera Cotarelo and produced by Grupo Caoma. The humidor is made from cedar, mahogany and okume woods and also uses bronze. There are 12 drawers that contain a total of 370 cigars. 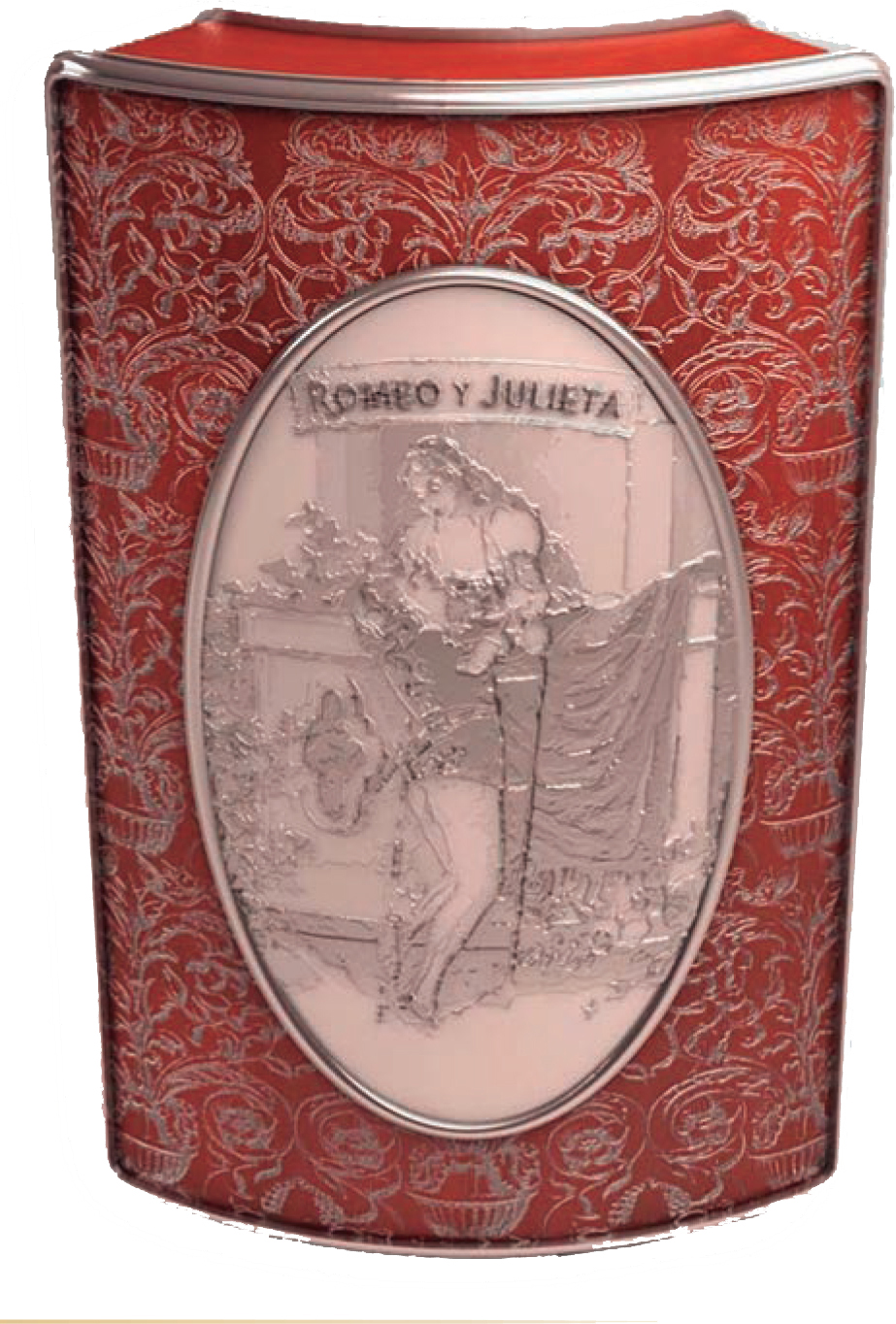 While it might look like ivory, this humidor is actually made of okume and cedar woods along with aluminum and silver. The front features a painted carving which shows the two main characters of the classic story. It was made by Humidores Habana.

There is a capacity for 500 cigars, which can be stored in 16 drawers as well as two spaces for boxes. 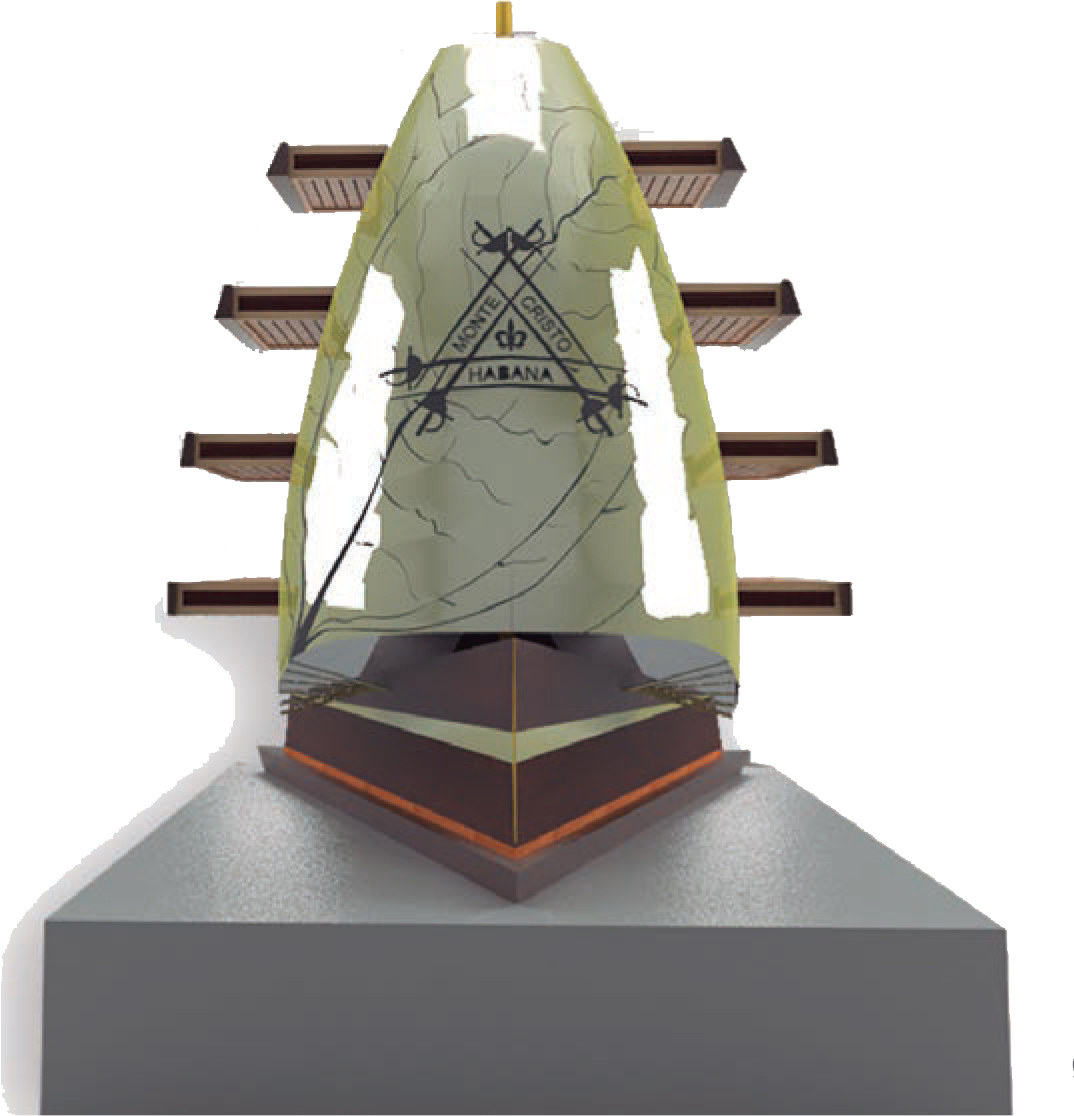 The nautically-inspired Montecristo humidor features a main sail that is made from stainless steel and titanium netting, while the rest of the humidor uses Cuban cedar, okume and mahogany woods. Behind the main sail are 12 drawers that are designed to hold 420 cigars. The humidor was produced by Grupo Union. DeART, an Italian furniture company, produced the humidor out of ebony and cedar woods, Italian leather, brass and mother of pearl. Inside the humidor is 50 Trinidado 50 Aniversarios, a new 155mm (6 1/10 inches) x 59 figurado, the first time the Trinidad brand has received a figurado release. 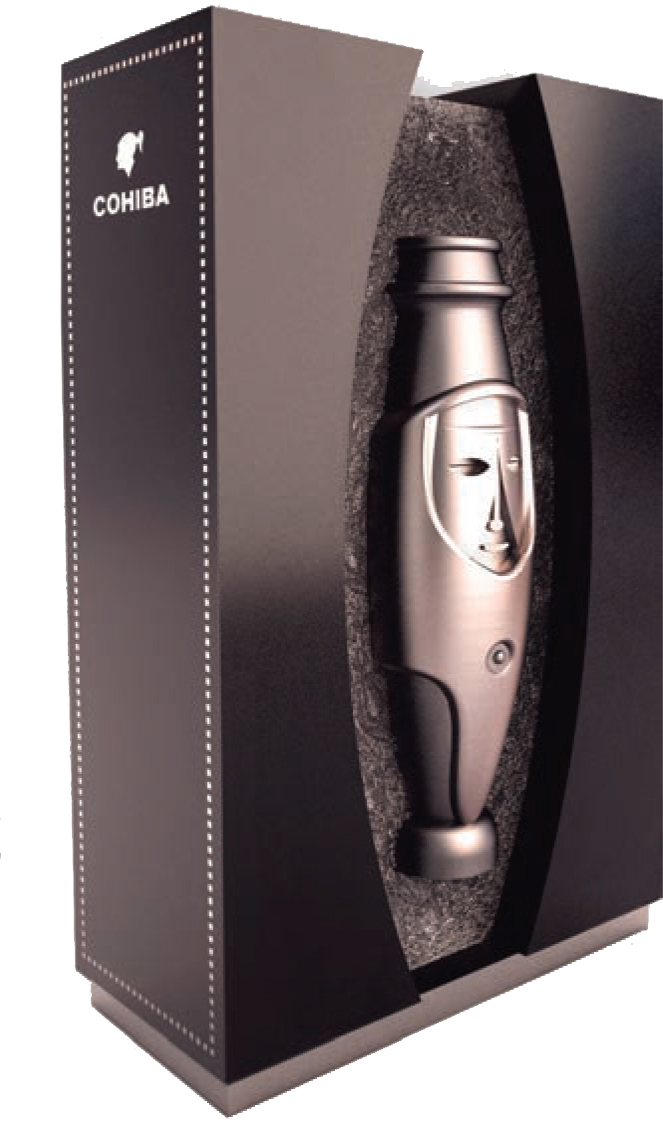 This humidor pays tribute to a zemi (or cemi), a deity for the indigenous Taíno people. Habanos S.A. says the wink on the face is a reference between the old and new. The humidor opens to reveal 16 drawers and a capacity of 600 cigars. Humidores Habana constructed the humidor using okume, cedar and mahogany.

Inside the humidor are 550 cigars including the new Cohiba Novedosos, an upcoming LCDH release for the brand.