Pléiades, a well-known French-market cigar, is celebrating its 30th anniversary this spring with the release of a limited edition boxed set of 30 cigars featuring its three distinct blends in a new robusto exclusivo vitola. 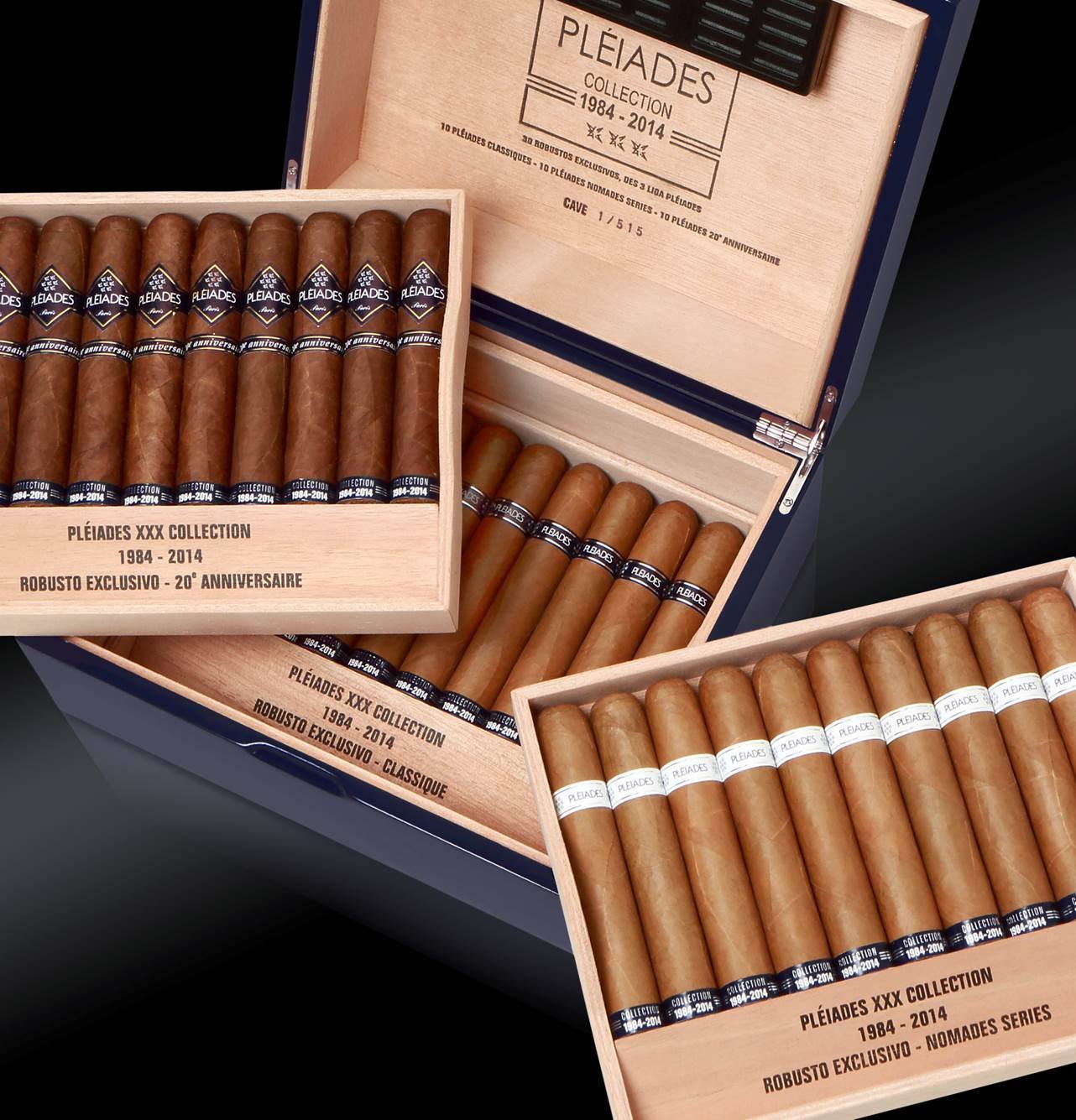 Contained in each Spanish cedar humidor are ten each of the Pléiades Classique, Nomades and XX Anniversaire blends. The cigars were rolled in 2014 at Tabacalera de Garcia in the Dominican Republic in anticipation of the brand’s anniversary this year, with the humidor crafted by Dominican artisans.

“For this event, we wanted to bring together the three Pléiades cigars; this is the opportunity for fans of the line to rediscover them in a format that magnifies their flavors,” said Antoine Bathie, director of SEITA Cigars, via a press release. SEITA is also the French distributor for Habanos S.A.’s Quai D’Orsay and Jose L. Piedra lines. 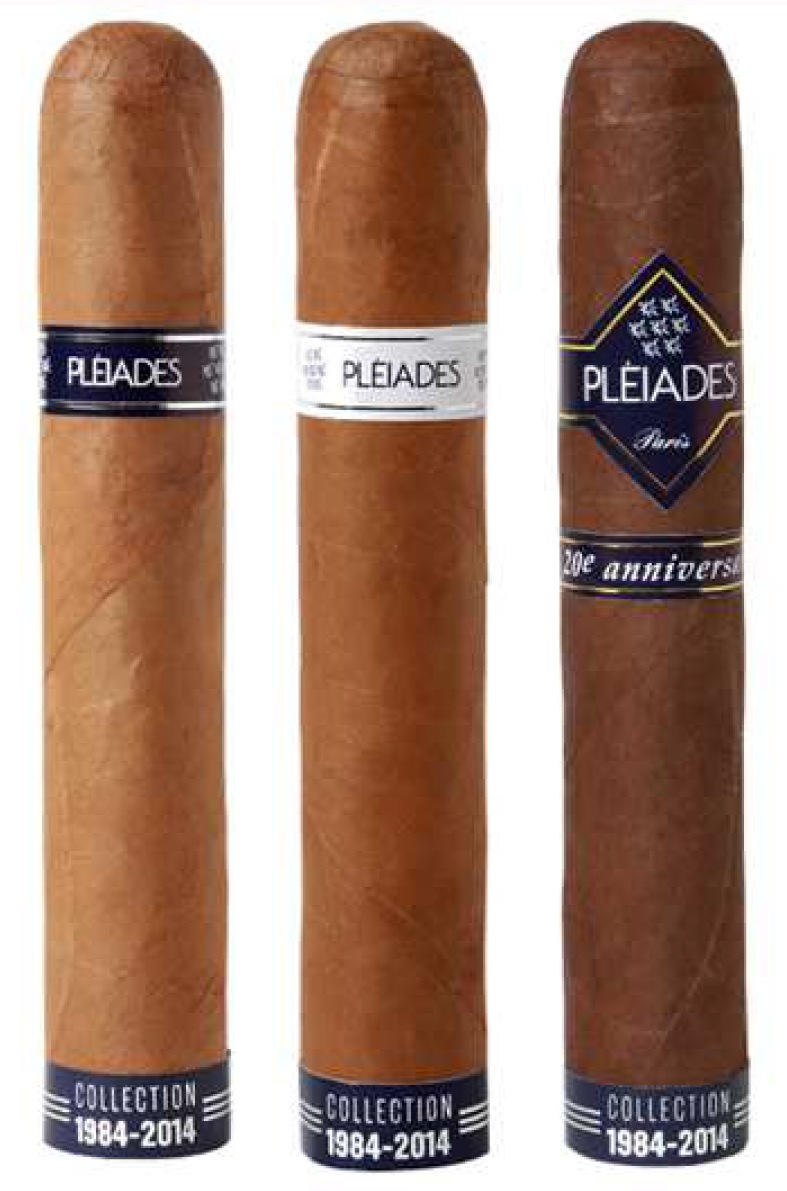 The Pléiades Classique is the mildest of the collection, using an Ecuadorian Connecticut wrapper over a Dominican Piloto Cubano binder and Dominican Olor and Piloto Cubano filler.

The Pléiades Nomades is the next strongest, using the same blend but a different set of leaves to create a bit more body and strength, while the strongest blend in the series is the Pléiades XX Anniversarie, which uses an Ecuadorian Sumatra wrapper over Dominican Piloto Cubano binder and filler from Santo Domingo. The packaging is equally as distinctive, with its solid navy color mirroring the main color of the Pléiades line, with struck silver lettering adding a classy touch. “We wanted something exclusive and precious; that’s why we limited the number of boxes to 515, each individually numbered,” Bathie noted.

The cigars will be sold exclusively in France, with no United States sales planned. Each set is priced at €300 and is slated to be released in March 2015.