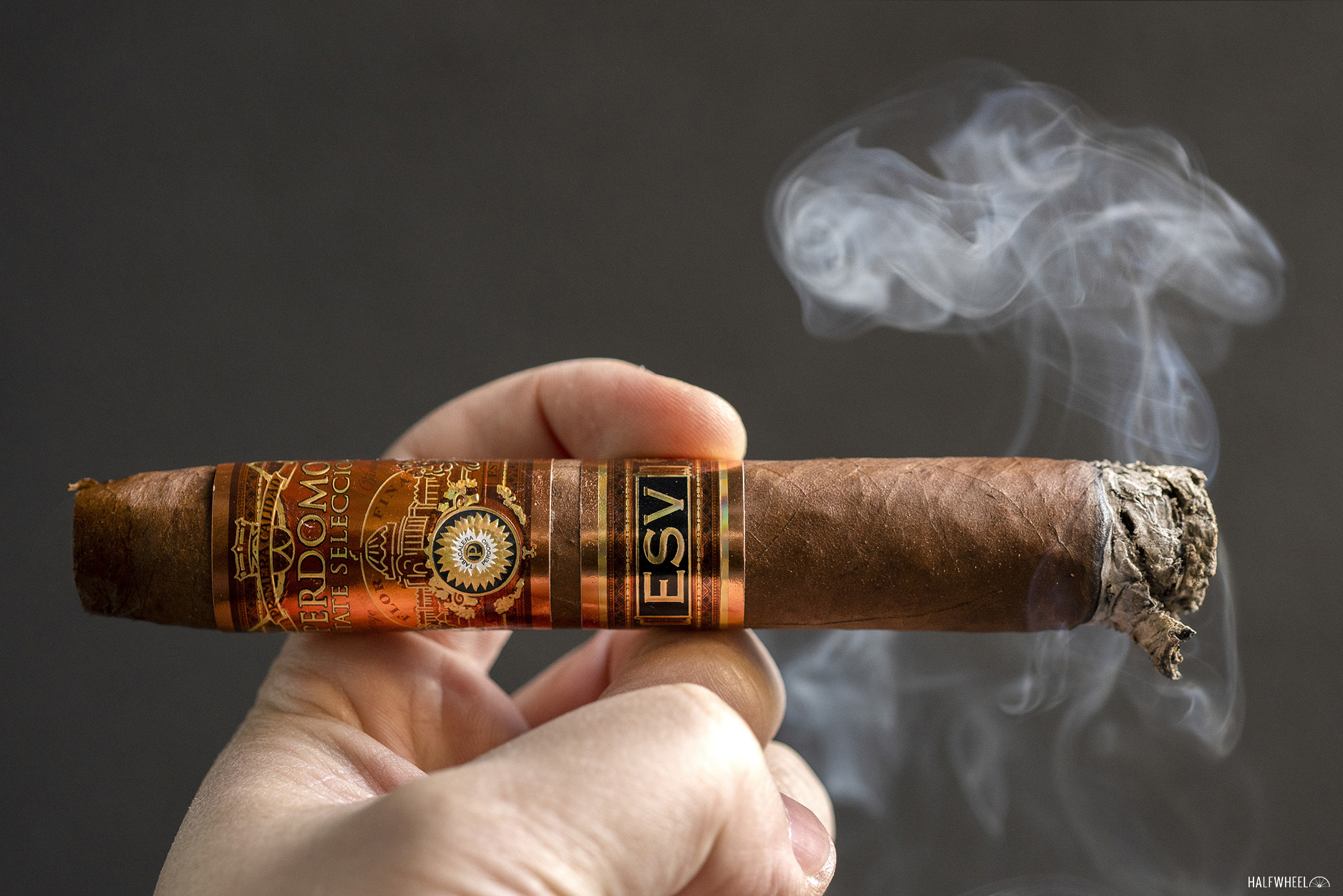 In 2016, Perdomo relaunched its Estate Selección Vintage line. Three years later, Perdomo showed off yet another version of ESV with a new look in more than one way.

The line debuted in 2005 as a tribute to the late Nick Perdomo Sr., who passed away the year prior. Perdomo used tobaccos from the 1991 harvest, which Perdomo Sr. purchased in 1995, which helps to explain why the line was often styled as Perdomo ESV 1991.

In 2016 the line returned with a new blend and a much different look, including updated packaging using paper treated with a monofilament and aluminum for a distinctive look. As for the blend, it was now using the first batch of secos from Finca Natalie, named after Nick Perdomo Jr.’s daughter, and had grown to five vitolas in three different wrappers.

For 2019, the cigars are now box-pressed, the first time for the ESV line, along with a new secondary band. For ESV, the company says that only the top 3 percent of its tobaccos are eligible to be selected for the blend. Perdomo Jr. told halfwheel that the 2019 ESV is using not only secos, but also ligeros from the first harvest at Finca Natalie.

In typical Perdomo fashion, there are three wrapper options to choose from: Ecuadorian Connecticut, Nicaraguan Maduro and Nicaraguan sun grown, while the fillers are all Nicaraguan. There are still five sizes, with two of the sizes are offered in gift set packaging options as well. 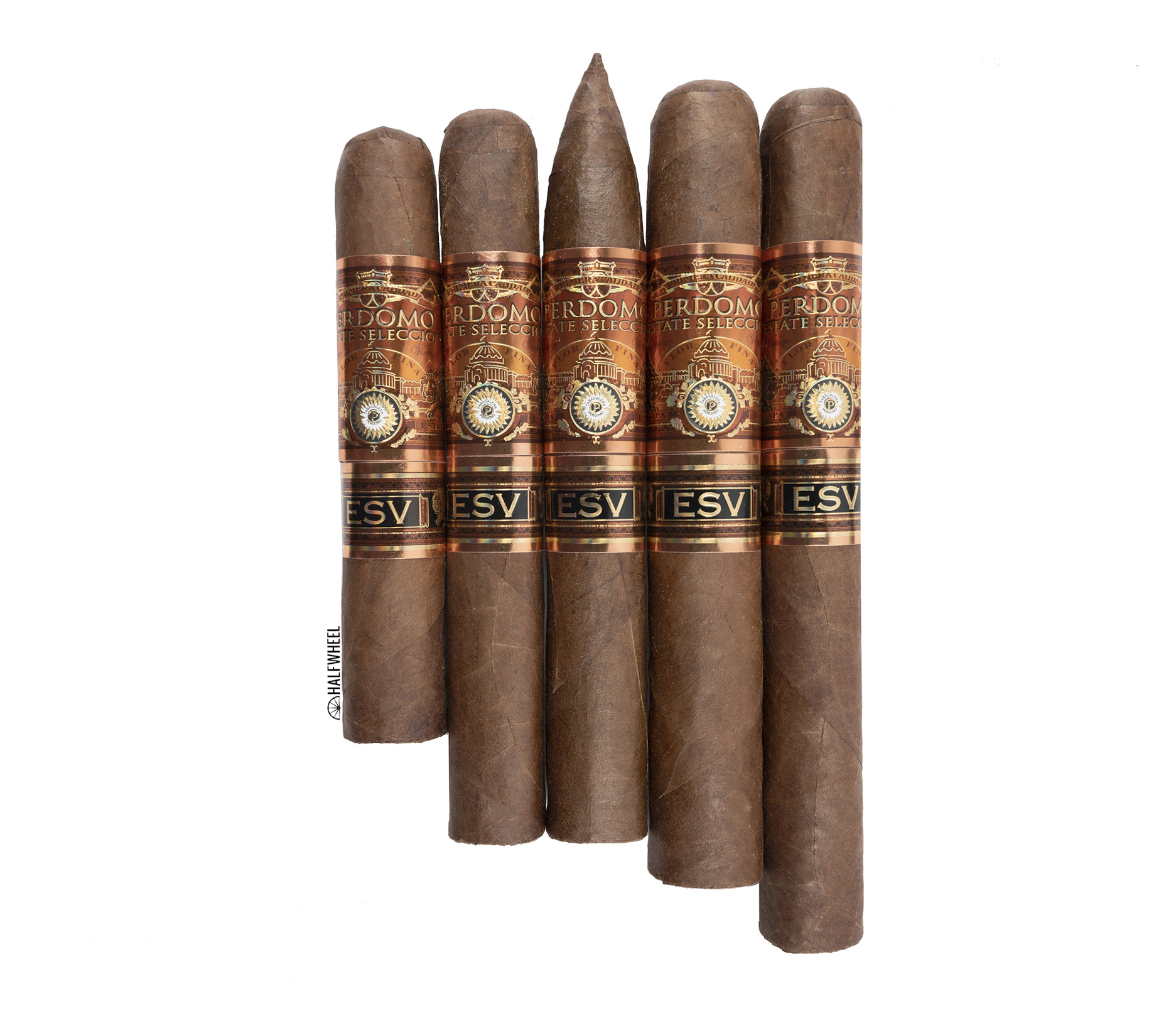 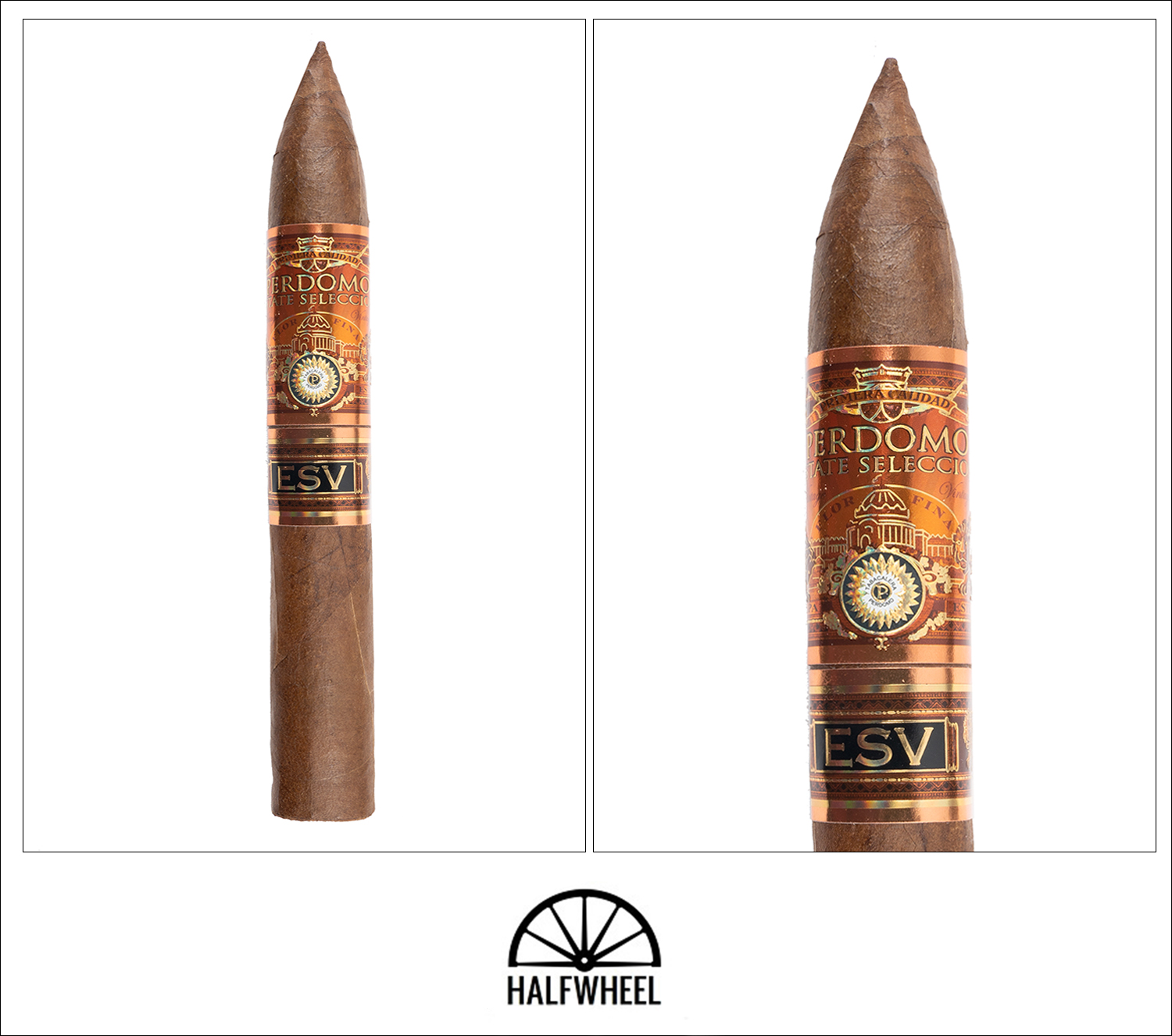 This is the very pointy version of a belicoso shape, a style that isn’t used very much these days. If you didn’t know this cigar was box-pressed and never considered that it was, I wouldn’t blame you. The cigar itself doesn’t have anything close to a crease, but it is obvious that it is not perfectly circular, particularly once it has been removed from the cellophane sleeve. The wrapper itself is a muddy color, one that fades in with the accents on the tops and bottoms of the bands, though the main parts of the band, particularly the black in the secondary band, stands out. Aroma from the wrapper smells of barnyard, leather and some graham cracker sweetness. The foot is super strong with tons of chocolate flavors, almost like the smell of a chocolate shake, and a bit of a dying fire pit, like the smell 30 minutes after it happened. The cold draw has a sweeter chocolate note and a bit of generic fruits with a tingling of pepper on the back end.

The Prestigo begins with earthiness, creaminess, walnuts and something similar to Nespresso’s Ciocattino flavor. Pretty early on, the main flavor in the mouth turns to more of a pistachio-like flavor, eventually joined by some white pepper, a muted fruity flavor similar to an overly fruity coffee and a bit of peanuts. Retrohales have orange peel, coffee, a watered down bourbon flavor and a pita bread flavor towards the finish. That pita bread flavor is rather distinct, like as if I’ve actually just consumed pita bread, and it’s eventually joined by some peanuts and some fruity sweetness. Flavor is full, body is medium-full and strength is medium-plus. Construction is great through the first third with the draw being as good as can be.

Up until the very end of the second third, the pita bread flavor increases in intensity. I think most of the flavors from the first third are still there, just drowned out, and now joined by a roasted coffee and an increased white pepper. Retrohales are toastier with some lemon, though still very much pita bread-forward. The finish is the one area where the pita bread isn’t present, now a dry flavor profile of nuttiness, creaminess and a bit of spice. Flavor is full, body is medium-full, strength is medium-plus. While the draw continues to be stellar on each sample, touch ups are needed to keep the burn line even. 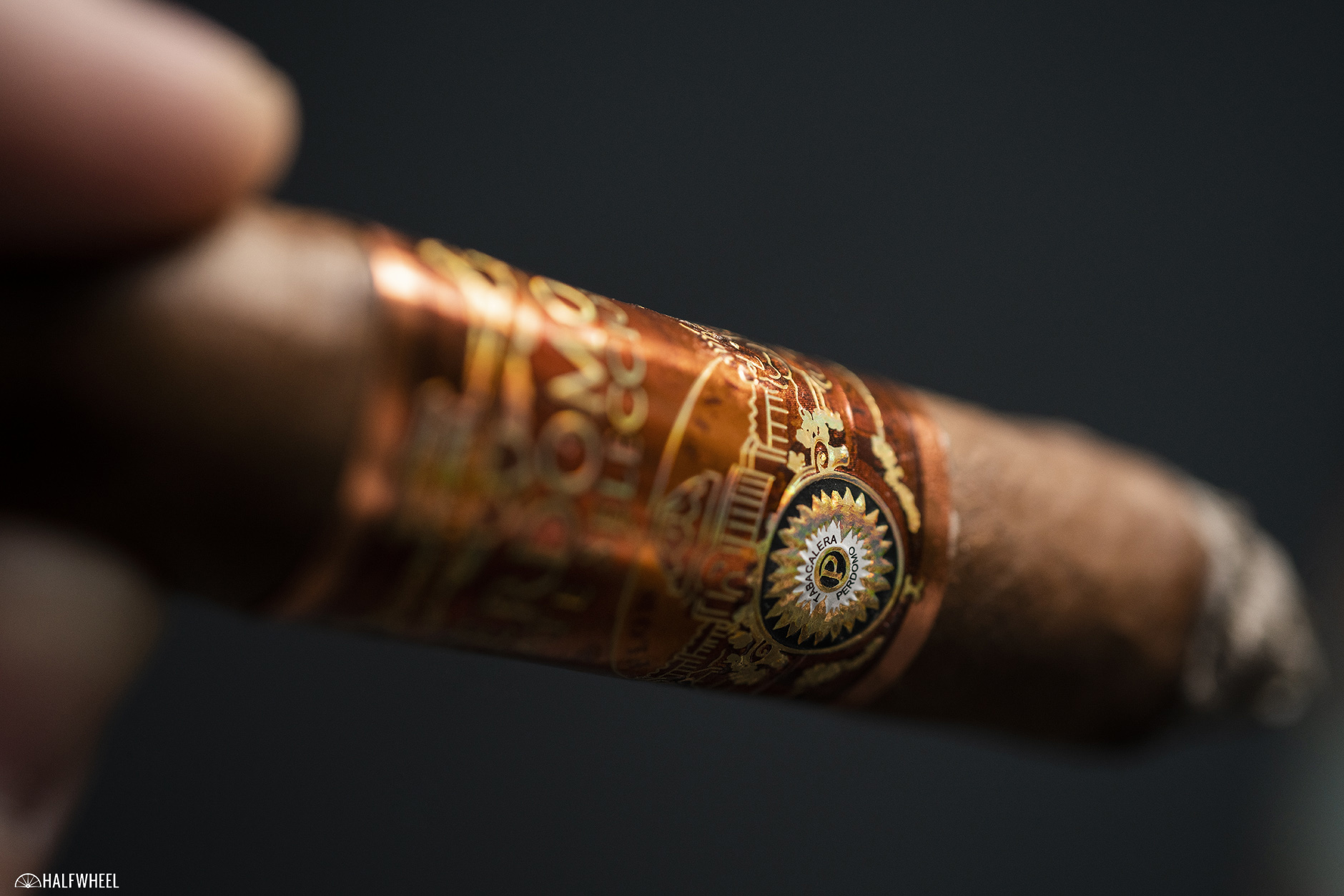 The final third of the Perdomo ESV Sun Grown seems to be what the second third could have been if it wasn’t dominated by the pita bread. There’s a creamier texture with brighter flavors like lemon, a more refined white pepper and a standalone roasted flavor. Retrohales have more of the familiar coffee and just a hint of the pita bread, though that might be some of the lingering profile. Flavor is full, body is medium-full and strength is medium-plus. Two cigars need touch ups to get to the finish line, while the other sample is able to get there without the assistance of a lighter. 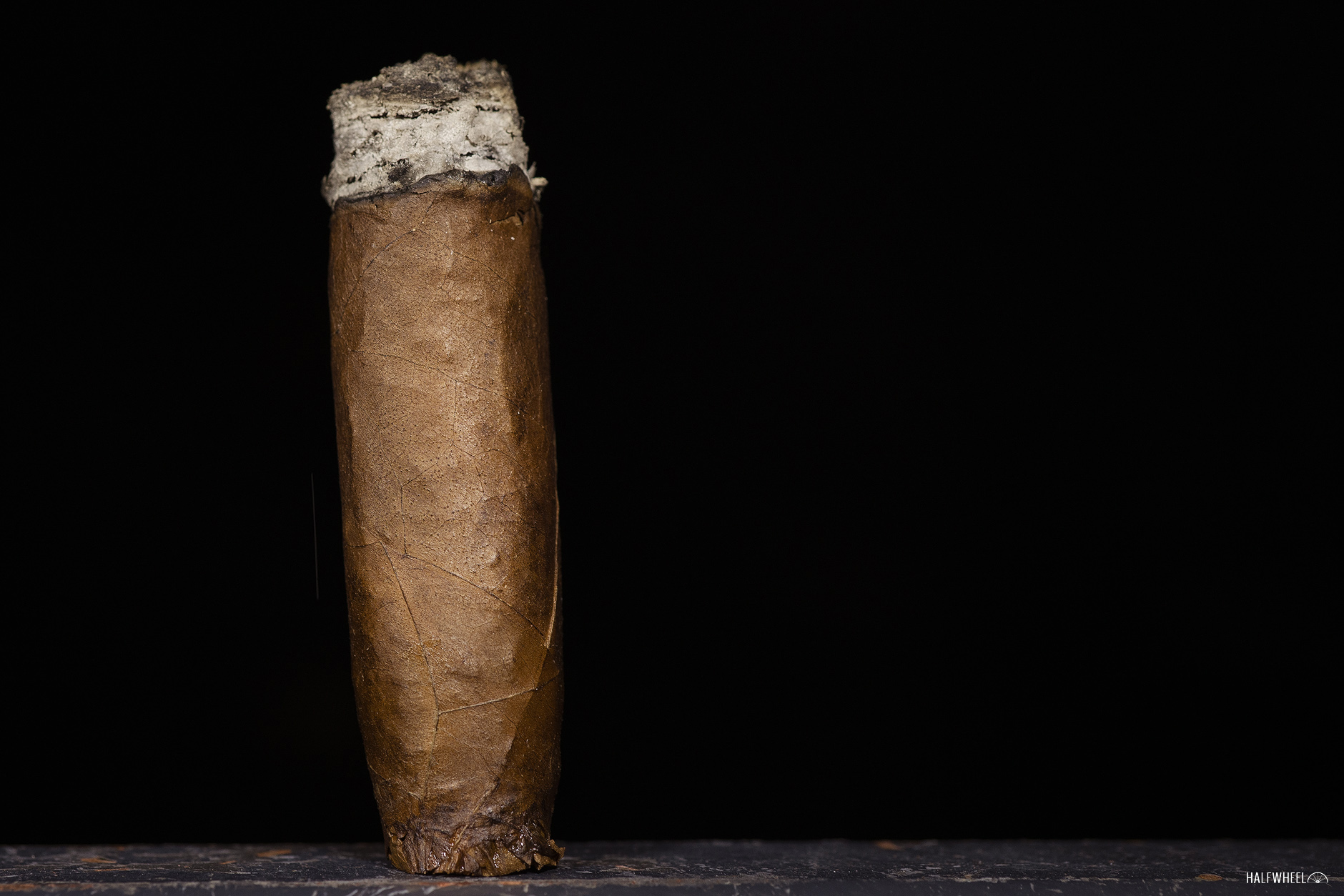 The 2019 version of the Perdomo ESV Sun Grown was an example of the types of dynamic profiles I don't recall smoking for most of this year. An overwhelming pita bread flavor isn't for everyone, but I'm all for it here. It was flavorful, balanced and things worked together. If the cigars were overhumidified, the flavors likely were affected—and that could be for the better or worse. A few construction woes notwithstanding, this is one of the better cigars I've smoked all year.