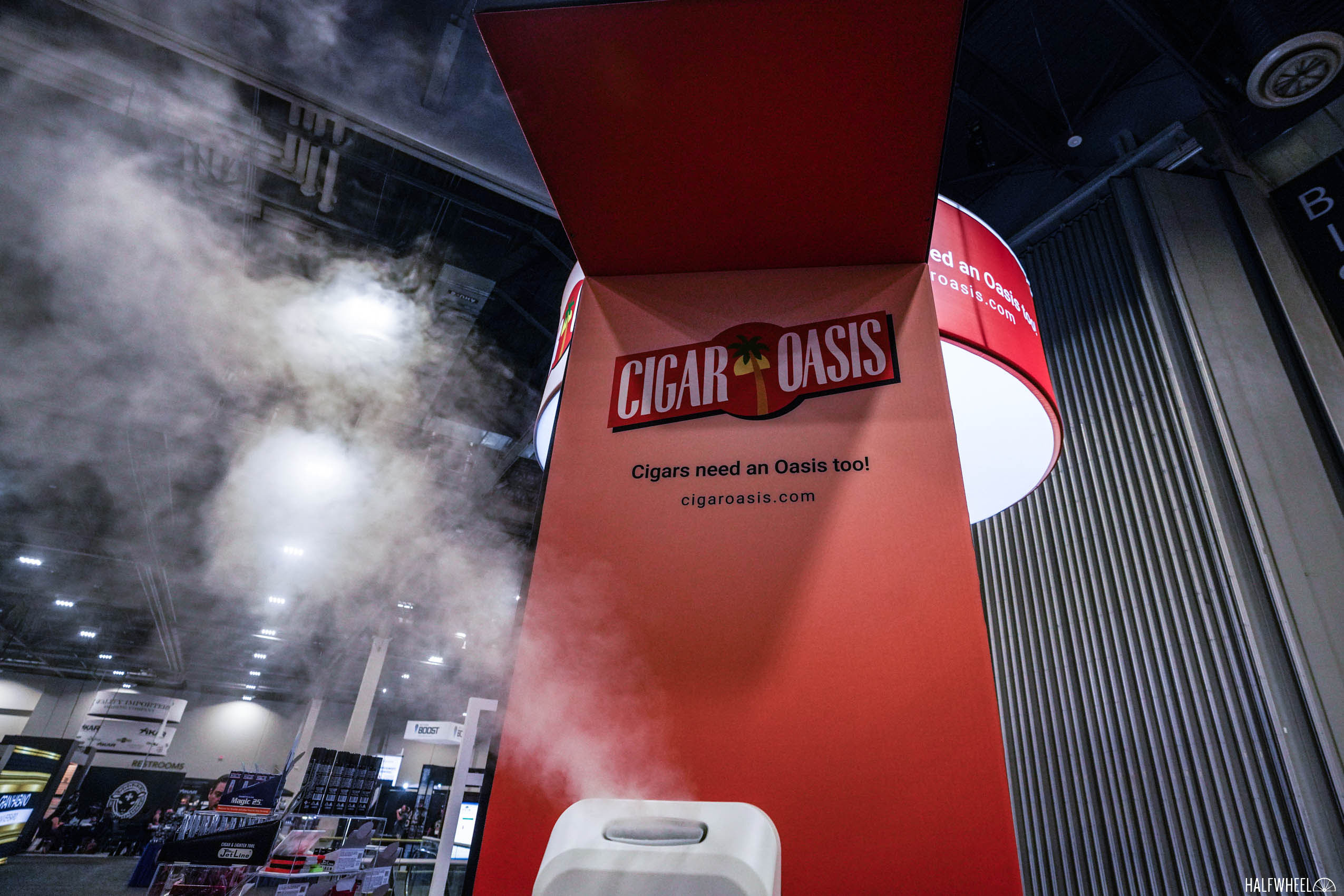 I’ve heard from a lot of cigar and cigar-related companies about supply chain issues, but I’m pretty sure no one has it worse than Cigar Oasis. The company, which is best known for its electronic humidifiers, has been greatly affected by issues related to Chinese manufacturing, shipping containers and chip shortages.

When I saw the company at TPE 2022 in January, things were much grimmer than they are now. Six months ago, Cigar Oasis has nothing to sell and it didn’t have anything immediately in-bound. Currently, four models are listed in stock on the company’s website, but the Ultra 3.0 unit remains back-ordered. The better news is that things continue to get better and Cigar Oasis says it has learned how to navigate the various challenges better, but it’s definitely been a trying time. Despite all this, Cigar Oasis has a new booth. It’s quite similar to the old one, though JetLine was based on the company’s booth this year, which was new. Unfortunately, I never ran into Chaim Kohn, so there is no video.