After rebranding nearly all of its products—a top-down approach that changed its core logo and the packaging of its brands—in 2019, Crux Cigars has a more typical approach at the 2021 PCA Convention & Trade Show. There are new sizes for its Du Connoisseur and Bull & Bear brands, as well as the returns of four different limited edition cigars. While the booth was very similar to the one the company showed off in 2019, there were some minor changes, including the addition of a television screen showing looping videos on each Crux line and new ad sheets showing off the new packaging. The booth also won the Attendee Choice Best in Show award for Small Booths at the show. The largest size in the Bull & Bear line so far, which now includes four different vitolas. Along with new packaging for the entire line, Crux showed off a new vitola in the form of the No. 4, which features the thickest ring gauge so far. Formerly a limited release that was sold in 2019, the Epicure Short Salomone is now a regular production offering for the company. 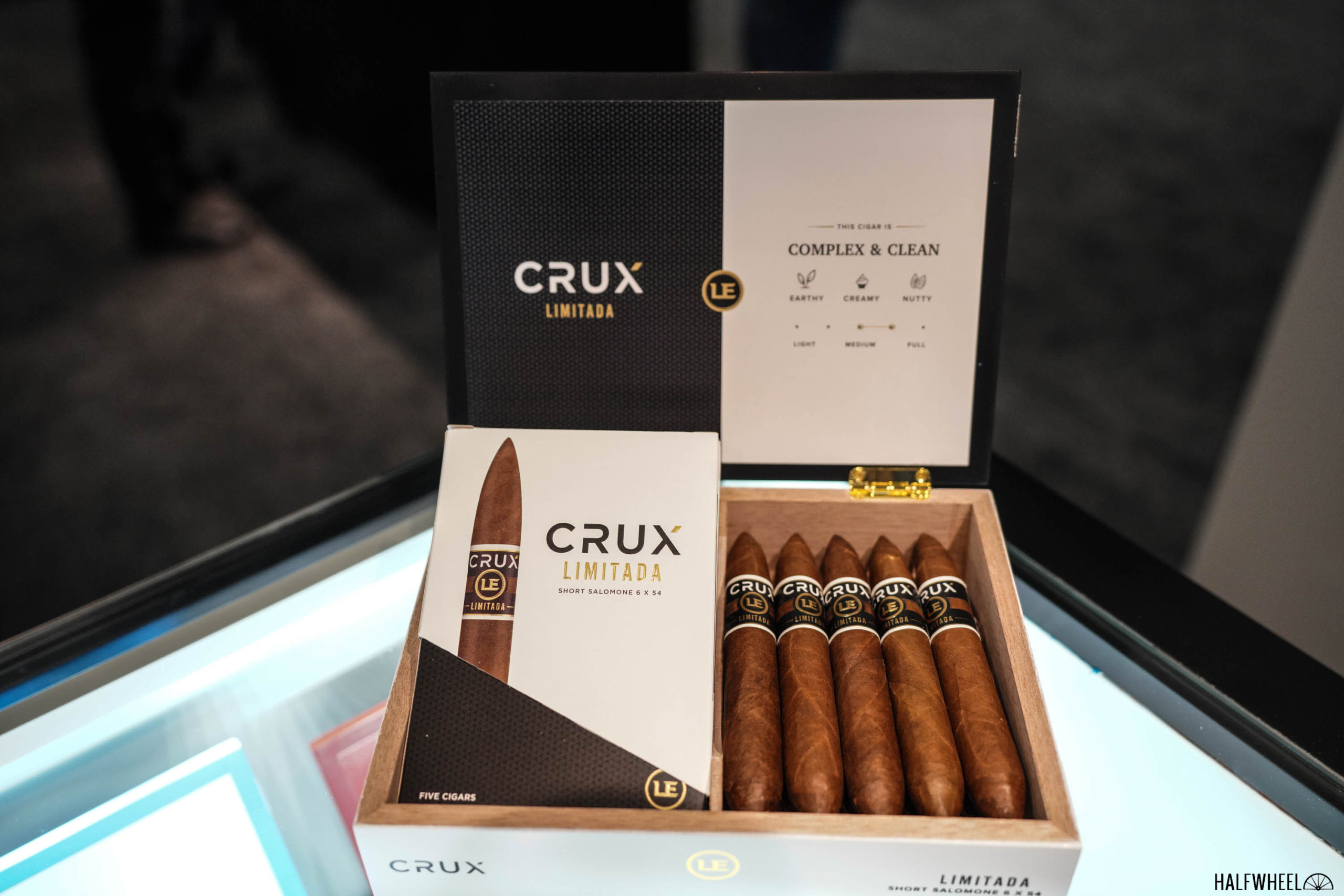 None of the three Limitada releases at PCA 2o21 are new sizes or blends, but this is the first time that Crux has released three of them at the same time. As with past incarnations, the Limitada The Show 2021 is being sold exclusively to retailers that attend this year’s PCA trade show in person.