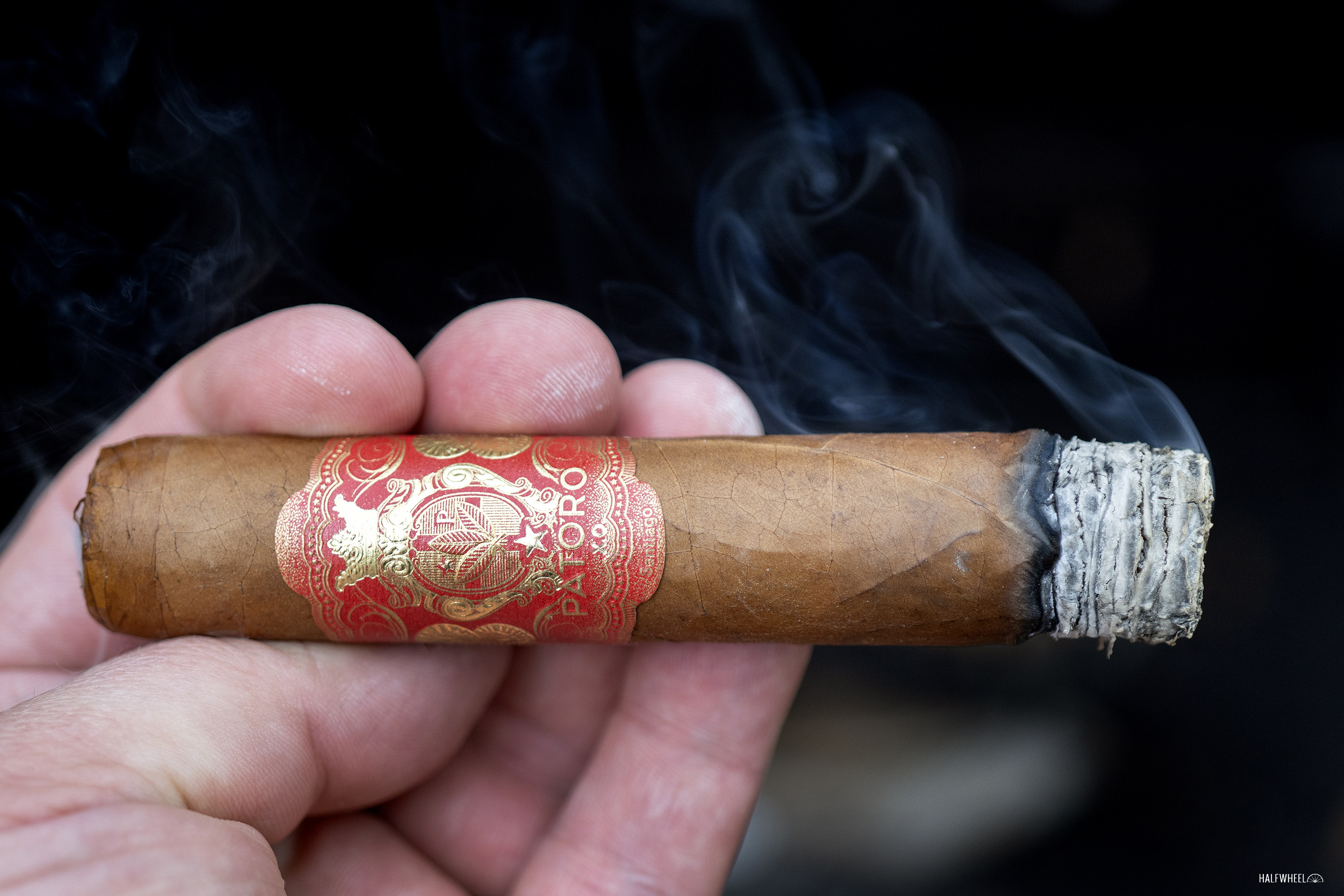 The original VA XO Robusto debuted in Switzerland in 2010 as the first in what has since become a three-vitola line for the Patoro brand. Dubbed the Patoro VA XO line—the VA in the name stands for Very Aged—the cigars feature a blend made up exclusively of Dominican tobacco grown from “tobacco seeds that Leo Reyes’ father brought from Cuba when he left the island.” In fact, in keeping with the acronyms in the name, the tobacco used in this blend has been aged anywhere from nine to 12 years before being rolled into their respective cigars.

Two other vitolas in the line followed five years later in 2015: the 7 x 58 VA XO Extra Salomones and the 6 x 54 VA XO Extra Belicoso, both of which are sold in boxes of 30. However, it took quite a while for both to reach the U.S., as neither were released in this country until 2019 in very limited quantities. In an email, Dr. Pablo Richard of Patoro told halfwheel that the VA XO Extra Robusto is scheduled to have its U.S. debut during this year’s PCA Convention & Trade Show in July. As with the rest of the cigars in the line, the Robustos are being produced at the De Los Reyes factory in Santiago, Dominican Republic and each cigar will retail for $28 packaged in either 10- or 30-count boxes.

“It is a limited production cigar”, said Richard in an email to halfwheel. “We produce every year a certain amount and you can get it as long as the stock lasts. We will have at least one hundred thirty count boxes for the US this year.”

There are currently three different vitolas in the Patoro VA XO line: 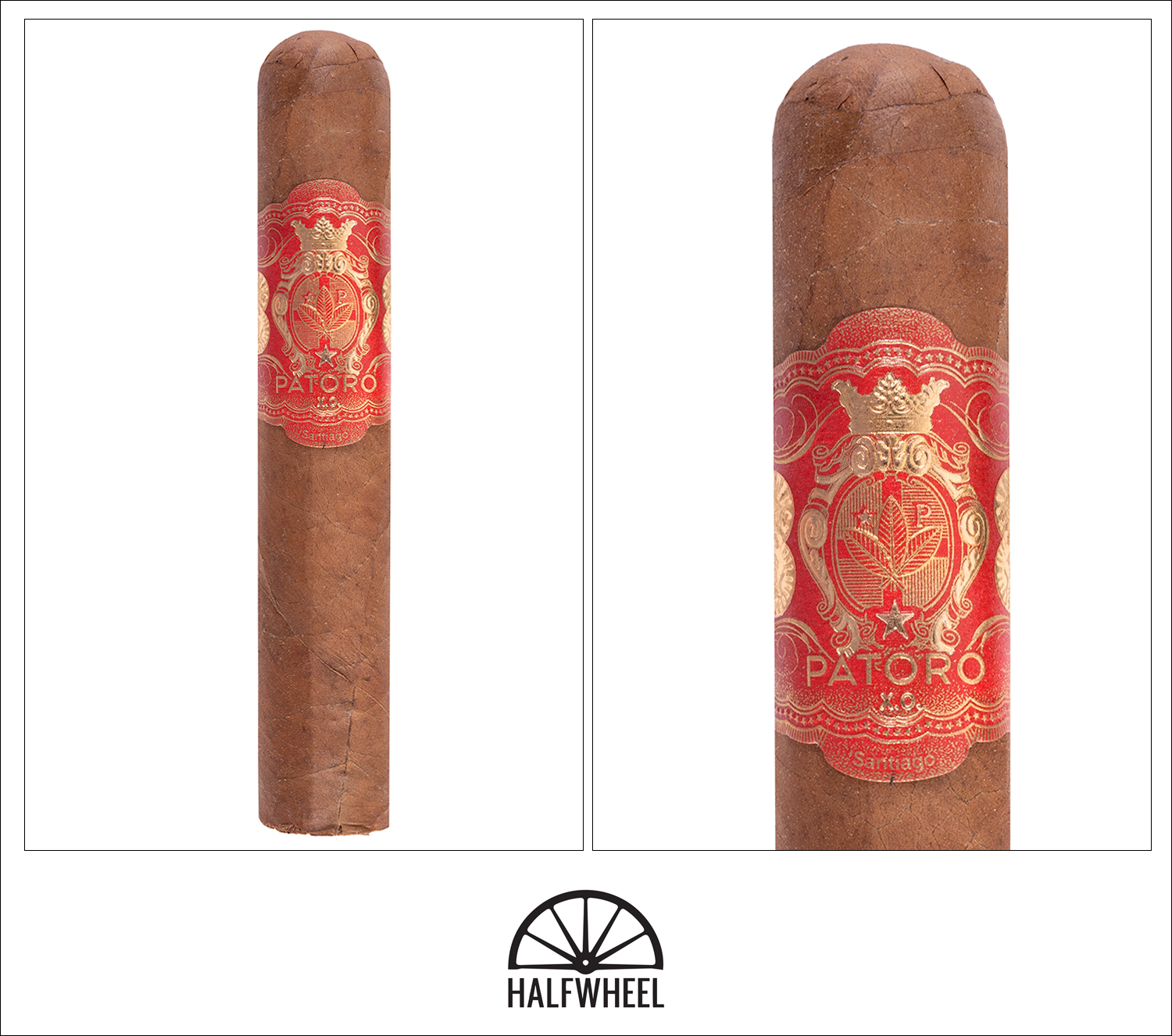 While I have noted that various cigars featured a reddish wrapper in the past, they are nothing compared to the leaf covering the Patoro VA XO Robusto. In fact, the reddish brown color instantly reminded me of clay when I first saw it, and the lack of any overt oil did not help matters. The wrapper is silky smooth to the touch and while there are a number of obvious veins running up and down its length, none of them are what I would consider overly prominent. The aroma from the wrapper and foot is a combination of dark chocolate, cedar, sawdust, earth, leather, barnyard and citrus, while the cold draw brings flavors of aged wood, hay, cinnamon, cocoa nibs, fresh ground coffee beans and dark fruit sweetness.

The age of the tobacco is obvious from the start, as the Patoro VA XO Robusto features a combination of aromatic and creamy cedar as well as dark chocolate flavors upfront, followed by secondary notes of dry hay, gritty earth, espresso beans, sourdough bread and an interesting citrus peel that flit in and out for the entire first third. I am also a bit surprised at the amount of obvious spice on my tongue, although it begins to fade almost immediately. There is also a bit of mineral saltiness on my lips that actually seems to be getting stronger with each puff, and some cherry sweetness makes itself known on the retrohale, where it combines with some slight white pepper. Construction-wise, the Patoro features an excellent draw after a straight cut and a burn line that is giving me no issues so far, while the smoke production is both dense and copious. The strength is virtually non-existent out of the gate and does not increase much, ending the first third closer to mild than to medium.

Although the spice on my lips from the first third has completely dissipated by the start of the second third of the VA XO Robusto, the amount of cherry sweetness on the retrohale has increased noticeably. The main flavors have switched up as well, from creamy cedar and dark chocolate to creamy leather and mesquite, followed by notes of gritty earth, bread, hay, cinnamon and lemongrass. In terms of construction, both the burn and the draw continue to impress, while the smoke production remains high and shows no signs of letting up. Strength-wise, the cigar increases enough to hit a midpoint between mild and medium, and while it is continuing to increase, it is at a fairly slow pace. The final third of the Patoro VA XO seems to bring everything together, starting with both the cherry sweetness and white pepper on the retrohale taking major leaps forward. In addition, while the main flavors in the profile continue to be a combination of creamy leather and mesquite, virtually all of the secondary notes have become more distinct on the palate, a list that includes sourdough bread, cinnamon, espresso beans, dark chocolate, charred meat and slight mushrooms. While I do have to touch up the burn once, the construction and the smoke production remain quite good overall, and the draw continues to be trouble-free. Finally, the strength manages to claw its way to a point under the medium mark before I put down the nub with a little more than an inch remaining. After I smoked Patoro’s Platino Perfecto, I ended the review with the observation that the profile tended to get linear at the end of the cigar, but the VA XO Robusto could not be more different in that regard. In fact, the latter creation features just about every attribute you could ask for in a blend: complexity, nuance and balance, all tied up in a nicely constructed bow. In the end, while the price tag will probably turn some people off, this is a wonderful example of just how good a cigar incorporating aged tobacco can be.