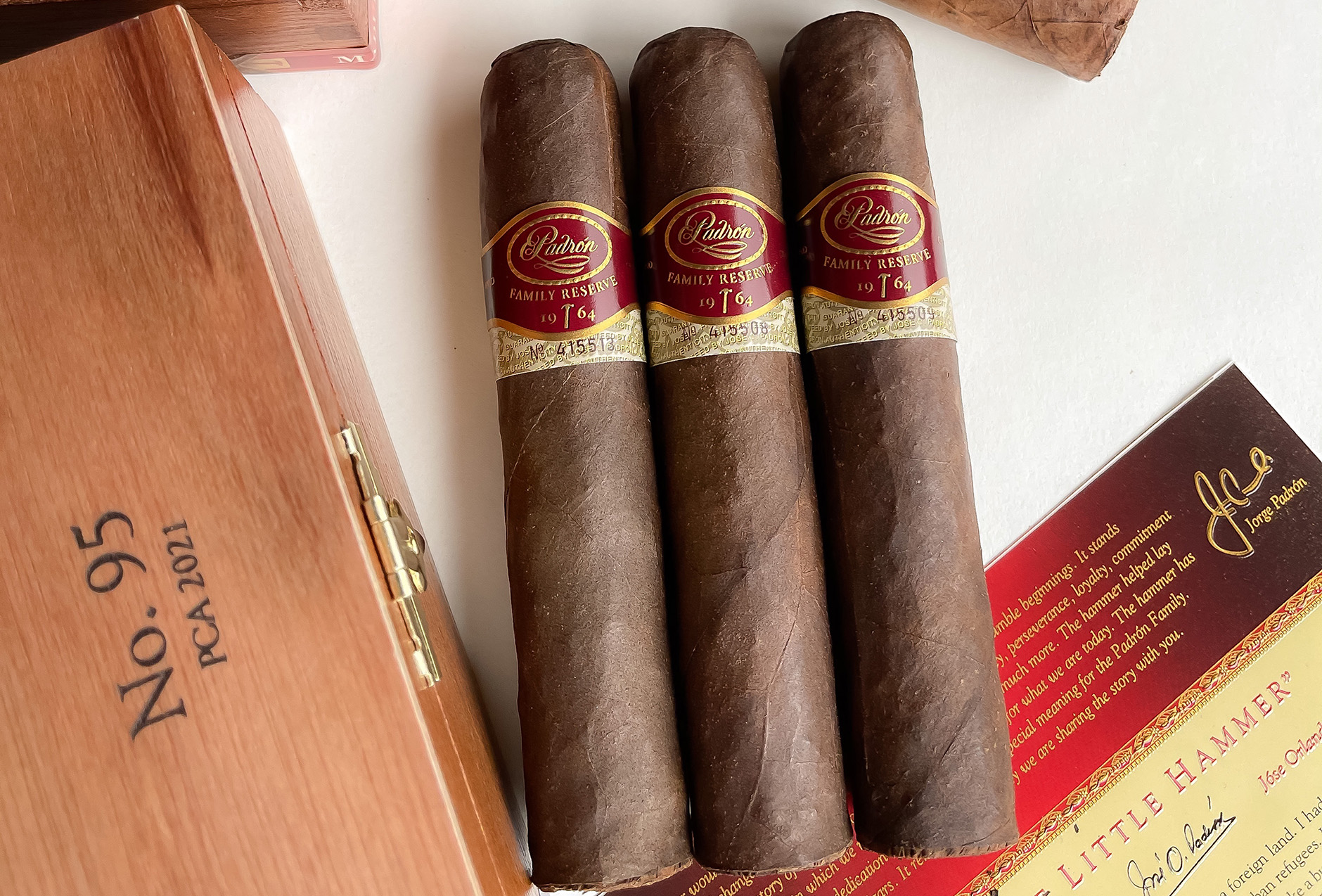 A representative from Padrón told halfwheel that the cigar is still yet to get an MSRP, and is slated to ship in the fourth quarter of the year, though that is tentative. When it does ship, it will be offered in 10-count boxes. It will also be an exclusive offering to retailers who attend the PCA Convention & Trade Show, which runs from July 10-13 in Las Vegas. The cigar gets its name from the fact that company founder Josê Orlando Padrón would have turned 95-years-old on June 10; he passed away in 2017.

It becomes the sixth size in the Padrón Family Reserve line, and the only one to be round and not box-pressed:

The Family Reserve line is a Nicaraguan puro that is offered with both natural and maduro wrapper options, and was launched in 2008 to commemorate significant anniversaries in the company’s history. The first three vitolas were named for the number of years the company had been in business, then the No. 85 celebrated the 85th birthday of José Orlando Padrón. The line returned to the company anniversary naming model for the No. 50, which was released in 2014.

While Padrón is not known for producing many thick ring gauge cigars, the company has released a handful of 60 ring gauge smokes in the past. In 2011, Padrón released a store exclusive to Smoke Inn in Florida called the SI-15 in celebration of the retailer’s 15th anniversary. Those cigars were the 1964 Anniversary Series blend, in both natural and maduro wrapper options, offered in a box-pressed 6 x 60 vitola. Then, the company added the No. 4, a 6 1/2 x 60 vitola to the line as a regular production size in 2012.