Two years ago, Padilla released the Cava line. At this year’s 2016 IPCPR Convention and Trade Show, Padilla showed off an addition to their Cava line, the Cava Maduro. Keeping the same binder and filler, the Cava Maduro replaces the Habano wrapper of the original Cava release with a Mexican San Andrés wrapper instead. At launch, the Maduro version will come five sizes, sharing the larger three sizes with the original Cava blend. The dark wrapper contrasts nicely with the bright, updated band. It’s slightly rough and oily to the touch, while the cigar is firm, but has a bit of give when squeezed. The aroma coming off the wrapper isn’t complex, but rich with a lot of earth and leather mixing together. As with the wrapper, the cold draw isn’t overly complex, but bold with heavy cocoa, pepper and some spice.

Starting into the Cava Maduro, rich spice and a heavy dose of pepper is really all I get out of the profile. The ash seems a little flakey, and sure enough only a half an inch in it falls off. A quick touch up is needed to keep things on track, as the burn line had started to look quite jagged. Thankfully around the inch mark the pepper has settled down, while the spice has become even more rich and bold than it previously was. Finally some other flavors start to show up, with a nutty note, some light caramel sweetness, and white pepper bringing up the background. Another bit of touching up is needed as the burn line doesn’t seem to really want to keep to any semblance of straight. The second third continues with bold spice, roasted nuts, sweet caramel and just a pinch of white pepper trailing the pack. There seems to be a little gingerbread in there as well, though it’s faint enough I’m not sure if I’m imagining it. Yet another touch up and more flakey ash continue to plague me, but I’m thankful at least the profile as seemed to turn around. Another inch in and the caramel sweetness has started to fade a bit, with the spice, roasted nuts and bit of pepper continuing on as before. The decline of the sweet caramel might have been a sign, but the final third starts to see some harshness introduced into the mix. Spice still wants to lead, but the sweetness is all but gone, with the roasted nuts and white pepper just kind of muddling together to the point where they aren’t entirely distinguishable anymore. As the harshness grows another touch up probably doesn’t help matters, with the spice really the only remaining note I can pick out anymore. 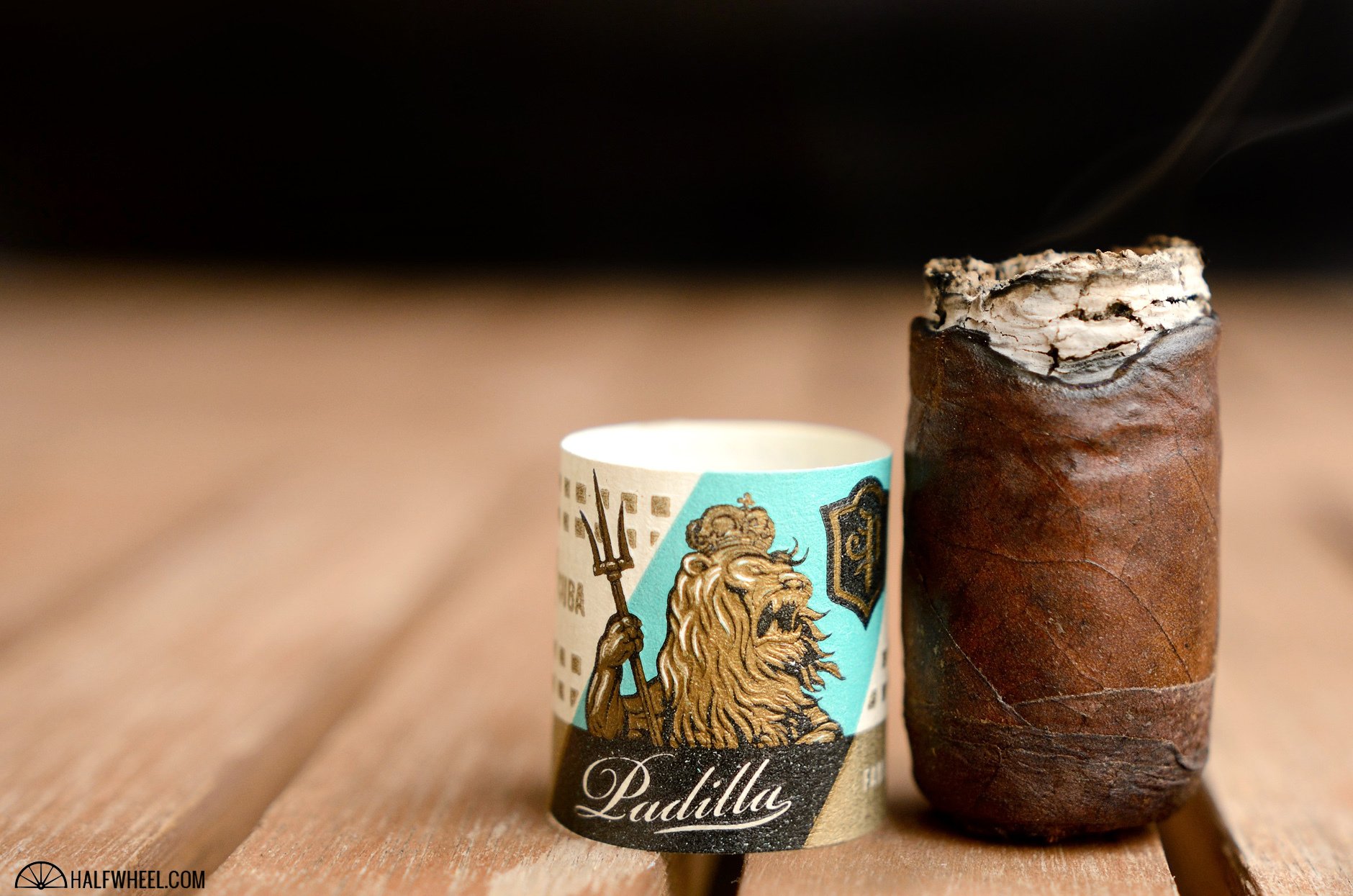 I figure the cold draw should have warned me a bit that this wasn’t going to be an overly complex cigar, which if the profile from the first two thirds had persisted throughout, would have been an overall enjoyable experience. Unfortunately the final third didn’t have the same core flavors the first two did, with it mostly being harsh and muddled. The burn issues that plagued the majority of the cigar along with ash that made a mess everywhere wasn’t to enjoyable either, putting a bit of a damper on the whole experience. Perhaps it was a bad batch, or perhaps the climate changes weren’t too kind to this cigar, but it is one I’d like to revisit further down the line to see if it’s still having the same problems. Until then, I won’t say to not try it out as it did have some redeeming qualities, but perhaps keep it to a single to see if you like it before committing to any larger purchase.