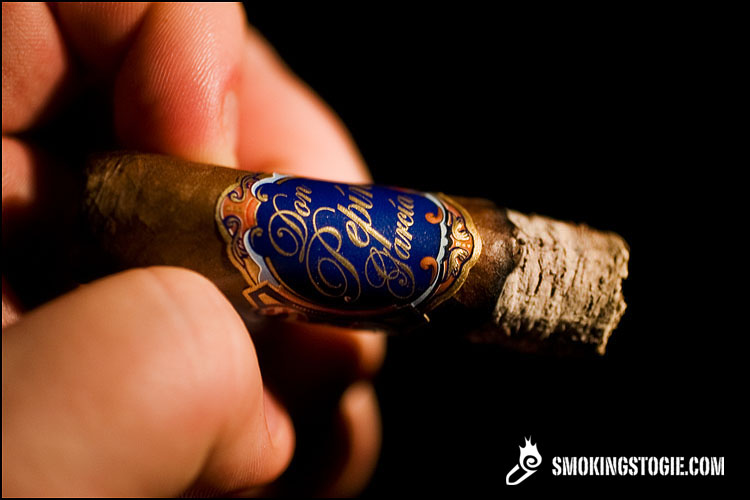 In my quest to try every cigar that Pepín García makes, I ran across the Don Pepin Garcia Firecracker, which is a cigar that is make exclusively for Two Guys Smoke Shop in New Hampshire. It looked interesting shape wise, so I ordered a few to try out.

The stick itself is a 3 x 50 cigar with what looks like, appropriately enough, given the name, a fuse on top and a shaggy foot. It is a very cool look, but a three-inch stick sounds longer than it really is. This thing is tiny, meaning you will not mistake it for a gran corona anytime soon. Like the other cigars in the Don Pepin Garcia Blue Label line, the name is “Don Pepin Garcia” and features a blue band, all of the tobacco used is from Nicaragua. 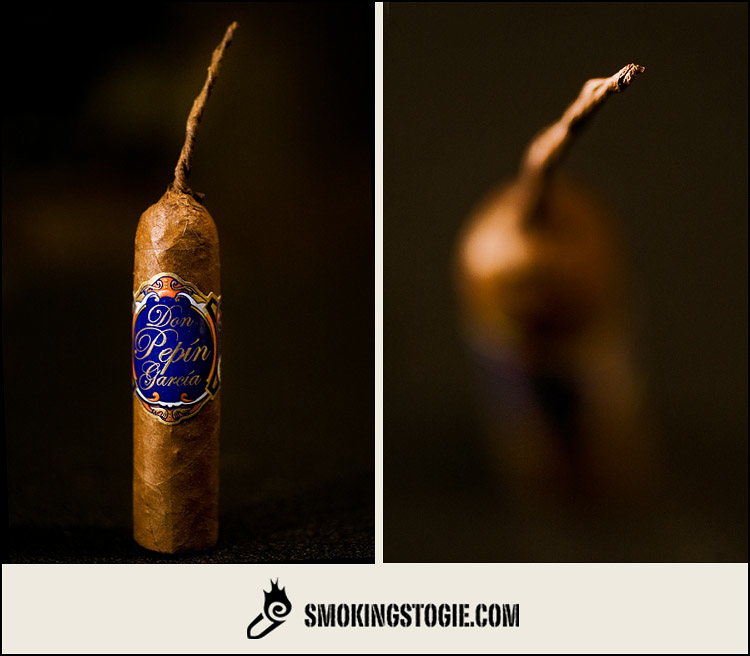 The cigar literally nuked me with pepper from the first puff. However, interestingly, it was almost like a chili pepper taste, not a black pepper taste. The best way to describe it is as a more hot pepper, kinda like pepper and spice together in almost equal amounts. It was like taking all of the power and flavor from a regular Don Pepin Garcia (Blue Label) cigar, and condensing it into a 45 minute smoke.

Dominate flavors were chili pepper, some spice, leather and a just a tiny bit of cedar. This is not the most complex of cigars, the flavors did not change at all from the beginning to the end, although the intensity of the power ebbed and flowed, even in such a small stick, but it was extremely enjoyable nonetheless, mostly due to the well-balanced pepper flavor.

It did get very hot at the end with about a half inch left; so much that I had to put it down. There was also an almost amazing amount of smoke for such small stick, which smelled quite a bit like—pepper. The burn and draw were great all the way through, but that is the case with most of the Don Pepin Garcia cigars.

While not as good a smoke as the Arturo Fuente Short Story or even the Tatuaje Petit Reserva, I enjoyed this cigar quite a bit, and will keep a few on hand for when I want that classic Pepin Blue taste, but quite a bit more power.