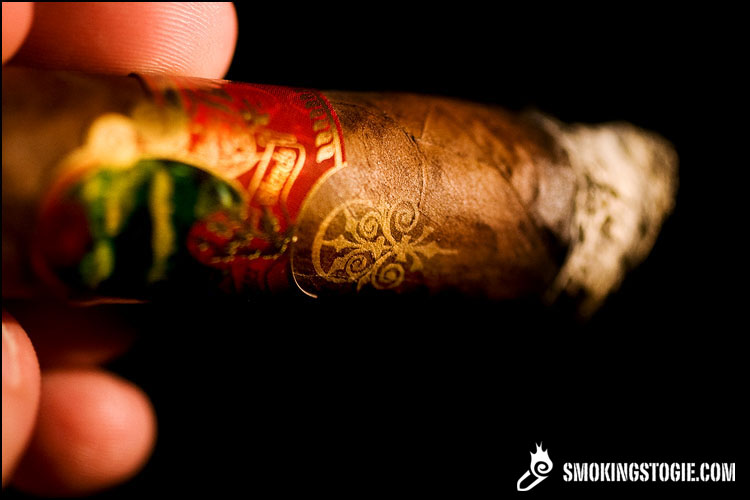 The Oliva Master Blends 1 was one of those cigars that I searched for high and low for a while, and finally found a box. I put it away for about a year and have just now opened it up to review one.

One blend is produced at a time, with only 15,000 boxes per blend. The Master Blends 1 was released in 2003 and had tobacco that was aged for about three years in it, so it was an already somewhat aged cigar when it came to the market. The blend changes on each release, so once they are gone, they are gone.

A quote from José Oliva:

We took tobaccos that were not plentiful enough for a production cigar, one you are going to make year-in and year-out. Usually these tobaccos come from trial crops on a small piece of land to see how a strain develops or how it handles certain conditions. Sometimes you end up with tremendous tobacco in very small quantities. So we rolled some of this tobacco, put a Habano wrapper around it, and created Master Blend.

The box a true work of art, with an original painting on the lid that can be detached from the box, they even include the tool to do it, and hung on the wall. 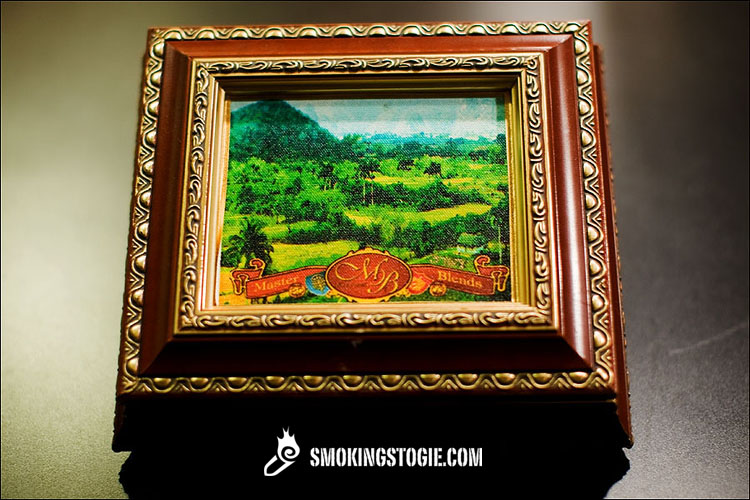 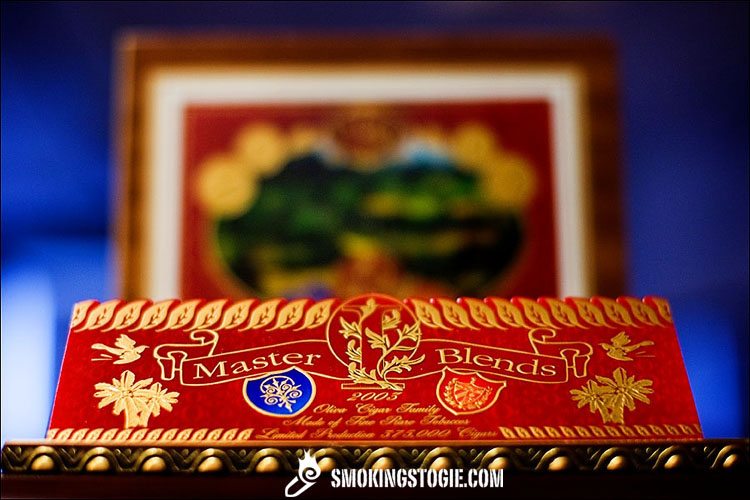 And as if that was not enough, each cigar has a laser engraving on it right under the band. The Master Blends 1 and Master Blends 2 are the only cigars that I know of that have it. José Oliva has said in various interviews that while he loved the idea and the look of the engraving, they were destroying far too many cigars trying to get it right to make it economical, so they discontinued the practice in subsequent editions of the Master Blends Series.

When I took one of the cigars out of the box for the first time, I was greeted with a stick wrapped in a very yellow cellophane. Very cool to see and it just reaffirmed the fact that these had been aging for quite some time. The cigar is one of the best looking I have seen, with a slight box-press, medium brown wrapper that is seamless in its construction and the iconic tattoo that is so different. It really makes you stop and stare.

The Oliva Master Blends 1 is extremely firm when squeezed—almost to the point of being plugged—and the wrapper has almost no oil at all. It is fairly smooth and smells like hay in a barn, if you have ever smelled that, you know what I am talking about. The pre-light draw brought a taste of a tarter wine and tobacco, a great combination.

The first five puffs after lighting had a blast of spice that literally made my mouth tingle, if this was how it was for the whole stick before aging, I can see where the powerhouse reviews came from, but the spice was there and then gone, almost like someone switched off a light. What was left in the wake was a taste of leather and earth. 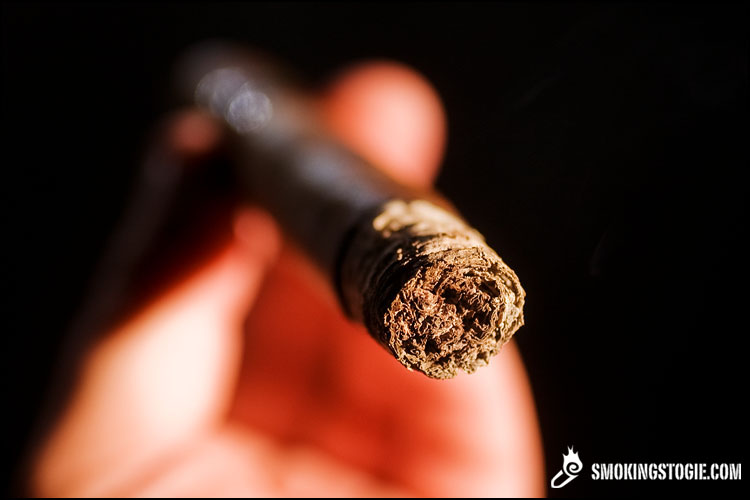 Starting in the second third, the spice died down completely, and while there was some leather, the major flavors were a nice sweet nutty flavor, with some oaky notes as well, very nice and balanced.

The last third was very similar to the second third, a lot of the same flavors, although the intensity of the oaky flavor was dominant. Still little to no spice or pepper. I was surprised at how clean the finish was on this stick, although I really should not have been. It never got even close to hot, even at the nub. 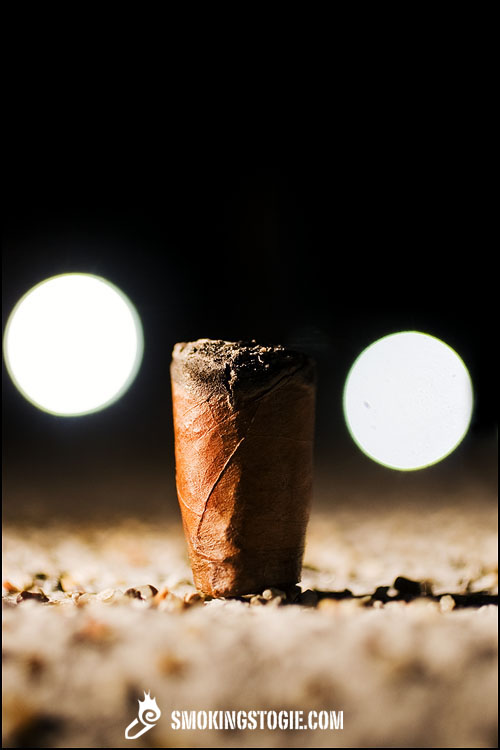 The Oliva Master Blends 1 is a great medium smoke with all of the flavors melding together almost perfectly, a wonderful example of how ageing changes a smoke for the better. It has a very clean finish which is a sign of high end tobacco being used.