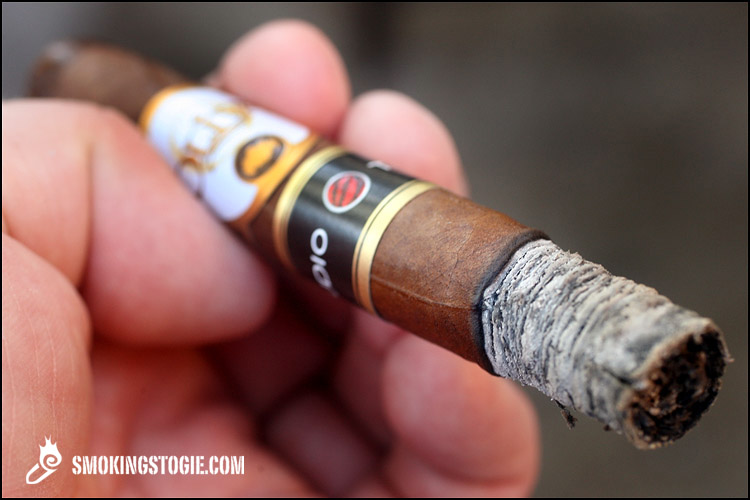 As we have said all week, While chatting with Ian Hummel and Bryan Scholle of Oliva/Studio Tobac fame at the IPCPR Show in Las Vegas earlier in the year, it came to light that Bryan, who rolls cigars at Studio Tobac events, rolls quite a few different combinations of blends for attendees of said events. 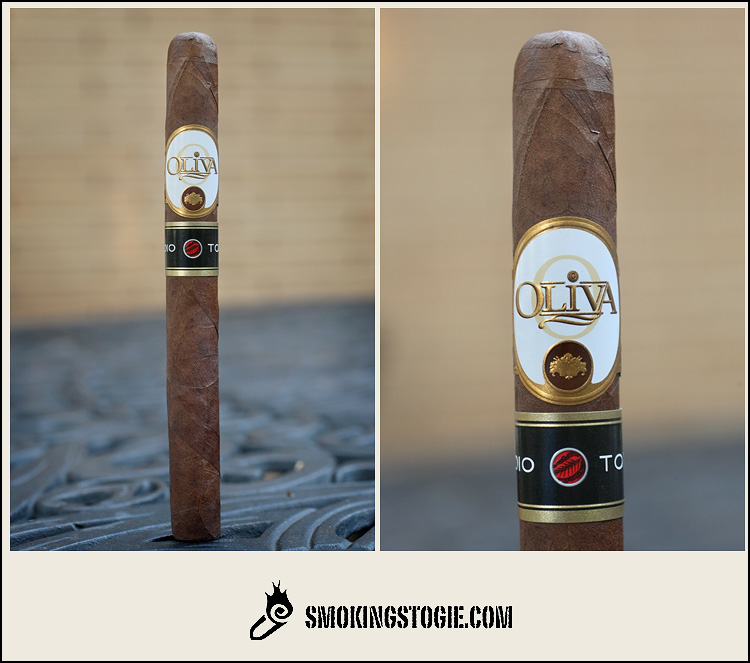 The cigar itself is a wonderful specimen, with a medium brown wrapper that smells like sweet cedar and milk chocolate. The wrapper has no major veins present, and also has a bit of tooth to it when you run your finger down the length. It is fairly hard when squeezed, with almost no give at all.

The First Third starts with a blast of black pepper, cedar and leather, with a great amount of spice on the tongue…There is some sweetness in the background that gains strength as the third continues, but is not prevalent enough to discern specific flavors yet. The draw is a bit tighter then I like, but starts to loosen up as the First Third comes to and end and the burn is perfect. 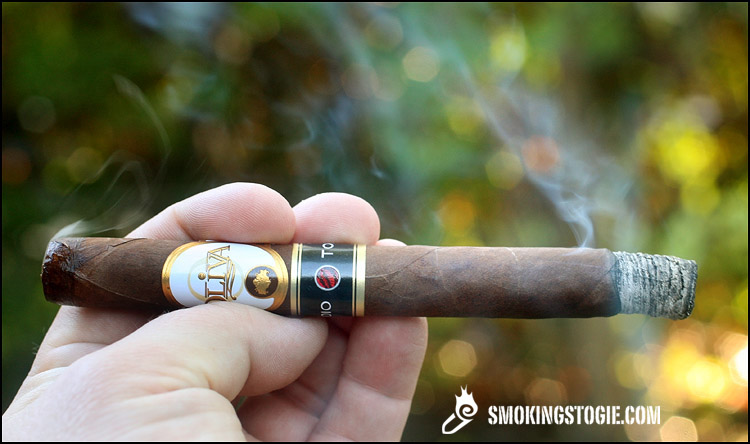 The Second Third looses much of the pepper and spice, although it is still noticeable in the retrohale, but the sweetness has increased quite a bit. It is a wonderful honey sweetness that blends very well with the other flavors (cedar and leather) from the first third which are still present. There is also just a touch of a floral note that ebbed in and out. I can tell the strength of the cigar is increasing at this point, and I am starting to wonder why I did not eat any breakfast before smoking this cigar.

The Final Third explodes with flavors, taking me totally by surprise:graham cracker, sweet creamy chocolate, floral, leather, aged oak, and I think I even tasted some peppermint on the retrohale. Astounding turnaround flavor wise, and the strength really increased by the end of ths smoke, ending at a full minus. The spice also increased to levels close to the start of the cigar, making the ending quite complex. 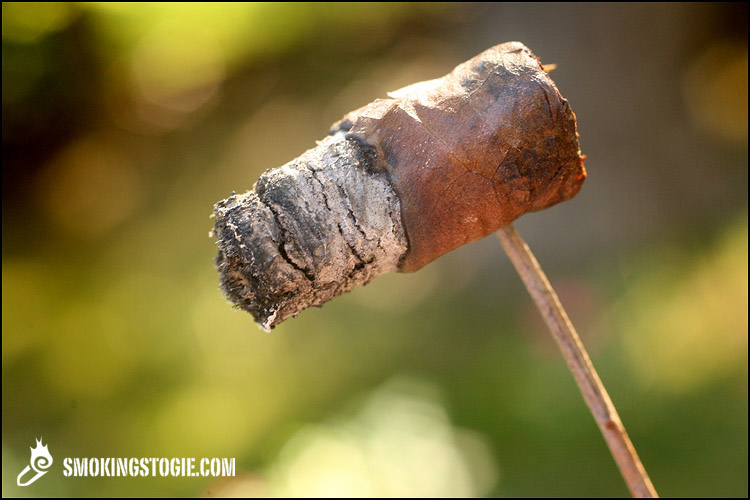 The Bottom Line: I always found the Oliva Connecticut Reserve (in its original form) to be a nice flavorful cigar, but much too mild for my tastes. The Cain F wrapper does WONDERS to the profile of this smoke, and it is now almost the perfect combination of bold from the wrapper and flavorful from the filler and binder. The Final Third was easily the best, with a wonderful and complex combination of flavors and strength that really threw me for a loop. I really did not want it to end. While Ian told me that these would most likely never go into production, I really hope Oliva reconsiders at some point. Just a great, great smoke.