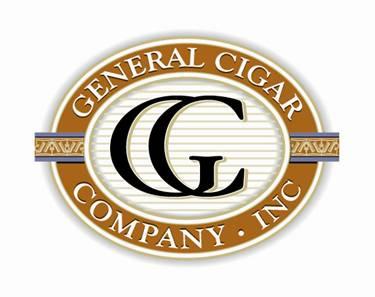 After having received the necessary approvals from the relevant competition authorities, Skandinavisk Holding A/S and Scandinavian Tobacco Group A/S on 1 October 2010 closed the transaction with Swedish Match AB which creates the world’s second largest cigar company and an even stronger world leader in pipe tobacco.

On 26 April 2010 it was announced that the parties had signed an agreement to form a new company by combining all the tobacco business of Scandinavian Tobacco Group A/S (STG) with the cigars and pipe tobacco business of Swedish Match AB (SM) (with the ex- ception of its US mass market cigars). After having obtained the required approvals from a number of national competition authorities, the transaction has now been completed with effect from 1 October 2010.

The new company carries the name Scandinavian Tobacco Group and has an annual turn- over of approximately MEUR 690 and an EBITDA of approximately MEUR 140 (based on 2009 results). Annually more than 2.5 billion cigars and 1,650 tons of pipe tobacco will leave the Group’s factories in Europe, Asia and Central America. The joint company has approximately 9,700 employees.

The new company, which has sales companies in 15 countries, is market leader in a num- ber of countries in Europe within cigars and pipe tobacco and holds more than 30% of the US premium cigar market. The company’s leading cigar brands include Café Crème, La Paz, Henri Wintermans, Colts, Mercator, Macanudo, CAO, Partagas (US), Cohiba (US) and Punch (US). Leading pipe tobacco brands are Erinmore, Borkum Riff, Clan, Half&Half, and W.Ø. Larsen.

Anders Colding Friis, CEO of the former STG, is CEO of the new Scandinavian Tobacco Group which is headquartered in Copenhagen, Denmark.
“After months of preparations we are very pleased now to be able to start the integration of the two businesses. The new Scandinavian Tobacco Group is a truly global company and we have an excellent basis in the combined brand portfolio to grow even further and increase profitability,” says Anders Colding Friis.

In Australia and New Zealand the competition authorities have given their approval to the transaction on the condition that the new company divests part of its business in those countries. The divestment will take place post closing and will not materially affect the operation or financial performance of the new joint business.

Background information
Skandinavisk Holding (SH) has contributed Scandinavian Tobacco Group A/S (STG) – formerly named Skandinavisk Tobakskompagni – with all its tobacco business (cigars, pipe tobacco and fine cut tobacco) in more than 100 countries around the world, including brands and approximately 3,400 employees. In 2009 the turnover of the group was MDKK 2,400.

Swedish Match (SM) has contributed all its cigar business (with the exception of its US mass mar- ket cigars and a minority stake in the German company Arnold André), as well as its pipe tobacco and accessories business. In selected markets the combined entity will also distribute lighters and matches for Swedish Match.

SH will compensate SM MEUR 30 to account for the majority shareholding and the relative differ- ences in enterprise values on a cash and debt free basis.

Besides its stake in Scandinavian Tobacco Group A/S, Skandinavisk Holding (SH) owns a majority share of the daily goods wholesaler Dagrofa a.s. and all of the shares of furniture business Fritz Hansen A/S. Together with Augustinus Fonden, SH also holds a majority interest in the Copenha- gen amusement park Tivoli. The foundations Augustinus Fonden (65%) and Det Obelske Familie- fond (35%) are the ultimate shareholders of SH.

Swedish Match (SM) is a listed company on the NASDAQ OMX in Stockholm. SM will continue its fo- cus on smoke-free products, US mass-market cigars and chewing tobacco, lighters and matches. SM’s global operations generated sales of MSEK 14,204 in 2009.