While it does not happen very often, every once in a while a cigar release ends up with a different name than the one it had when it was announced.

Thus was the case with the Nick & Jim P.B.E., a a collaborative effort between Nick Syris of LH Premium Cigars and “Island” Jim Robinson of Pittsburgh-based retailer Leaf & Bean. When it was announced in July last year, the name of the cigar was Lavida Isla, a combination of Syris’ Lavida Habana brand and Robinson’s signature island lifestyle. However, there were some issues with the naming rights, so by the time it shipped in December it carried the moniker Nick & Jim’s P.B.E., which stands for pre-band edition.

“We decided to take a challenge put in front of us and turn it into a positive,” said Syris in a press release. “The packaging has a simple, yet rustic look. At the same time, cigar enthusiasts will be getting the same great cigar that was slated to be called Lavida Isla.”

Regardless of which name it was using, the blend remains the same: an Ecuadorian habano wrapper covering an Ecuadorian binder and filler tobaccos from Nicaragua and Peru. There is only one vitola—a 6 x 54 toro—that is priced at $9.95 each and packaged in boxes of 20. The cigars are being rolled at Tabacos de Costa Rica and are being distributed by 3R, Robinson’s distribution company. 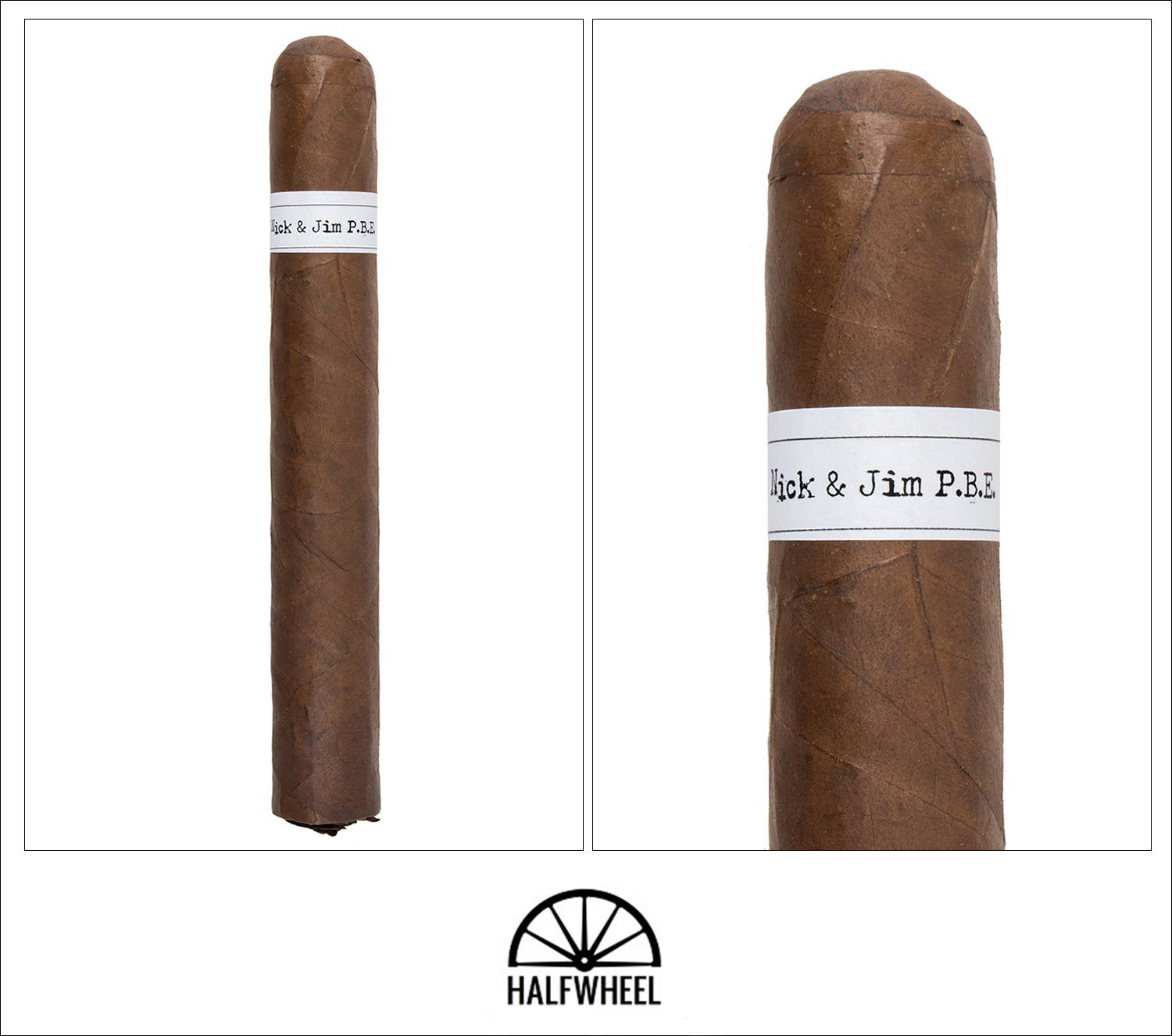 Simple band notwithstanding, the Nick & Jim P.B.E. is visually appealing, with a milk chocolate brown wrapper that is silky smooth to the touch and slick with oil. The cigar does have a number of very prominent veins running up and down its length and I love the covered foot that is present. The aroma from the wrapper is a combination of nuts, oak, earth, baker’s spices, manure and dark chocolate, while the cold draw brings flavors of strong hay, cashews, earth, cocoa nibs, vanilla sweetness and white pepper.

Starting out, the first third of the Nick & Jim P.B.E features a fairly classic profile dominated by creamy almonds and oak, while other notes of dark chocolate, dank earth, dried tea leaves, cedar and leather flit in and out. There is a slight toffee sweetness and some pepper on the retrohale, but neither are overly strong at the moment. The burn is fantastic so far, while the draw is excellent after a v-cut cut and the smoke production is both thick and copious off of the foot. Strength-wise, the Nick & Jim P.B.E. starts out fairly mild at first, but ends up at a point within spitting distance of the medium mark by the time the first third is over. Although both the white pepper and the toffee sweetness from the first third ramp up during the second third of Nick & Jim P.B.E, the dominant flavor remains a combination of creamy almonds and oak. Those are followed closely by other flavors of rich coffee beans, hay, tea leaves, cocoa nibs, milk chocolate, leather and cinnamon, along with some new spice on my lips. Construction-wise, the draw continues to be fantastic, while the burn continues to be trouble-free, albeit not razor sharp. The smoke production remains quite high and although the strength fails to hit the medium mark before the end of the second third, it seems like it is poised to go a bit further. An interesting floral note shows up during the final third of the Nick & Jim P.B.E., leading to a slightly more complex profile overall when combined with the still dominant oak and creamy almonds combination. Lesser flavors of earth, barnyard, bread, cinnamon, leather and cloves bring up the rear, while both the white pepper and toffee sweetness have decreased noticeably from their peaks in the second third. In addition, there is a bit of bitterness on the finish that creeps into the profile just before I decide I am finished. Both the draw and the burn are as excellent as ever, while the overall strength hits a point just below medium by the time I put the nub down with a bit less than an inch to go. Some readers may not be very familiar with either Syris or Robinson, but to dismiss either of them or their joint effort due to that fact would be a mistake. While not exceedingly complex, the profile of the Nick & Jim P.B.E. was quite enjoyable, with a combination of creamy almonds, oak and slight toffee sweetness that was present throughout. However, the standout was the construction, which—other than the aforementioned recut of the cap—needed almost no attention at all across the three samples. In addition, the overall balance was quite good, leading me to classify this as an excellent choice for a morning smoke for those times when you have the two hours that is necessary to enjoy it.