SAG Imports, the distribution arm of Quesada, is set to release its most popular blends in the form of a special sampler. The Quesada Blender’s Sampler will feature eight Robustos, two each of the: Quesada Tributo, Quesada Jalapa, Quesada Selección España and a test blend. 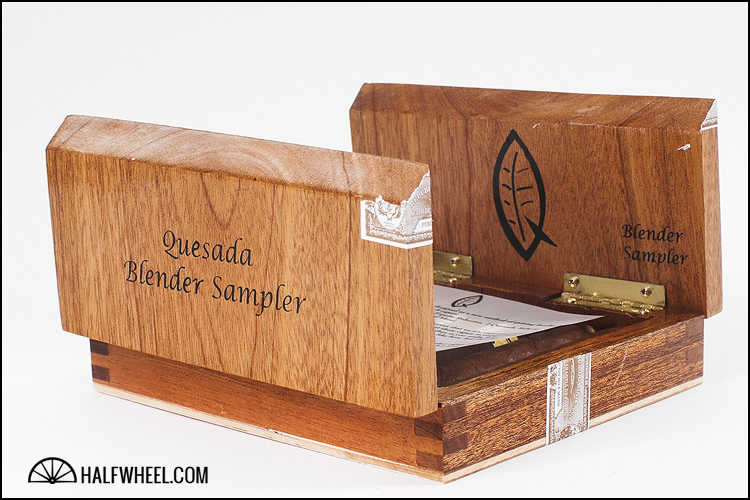 The samplers are packed in wooden boxes and include the following card: There will be 1,000 samplers with MSRP set at $75.00. Terrence Reilly of SAG Imports told halfwheel that the cigars are available to all accounts, previously Quesada’s España has only been offered in Spain and a small handful of U.S. accounts. “The idea is to provide a single unit in which many of our cigars, including rare ones such as the España, can be purchased together, and to get customer feedback on how the new sample blend stands up against them in terms of flavor and complexity,” said Reilly.

According to Reilly, if there is enough positive feedback on the test blend it will go into production beyond the samplers.

The samplers should arrive in retailers by the end of the week.