During one of my trades recently with a reader in France, he sent me an unbanded cigar and asked me to review it blind, to see what I thought of it. It was a huge cigar, 8 3/4 inches, to be exact.

I was shocked to find out that it was a very interesting cigar, one called Navarre that uses 100 percent French tobacco. The tobacco plantation is situated in a town called Navarrenx in the region of the Béarn in southern France. This is also where the Tobacco Institute of Bergeran, which is the only European research center that is completely devoted to various uses of the tobacco plant) was founded in 1927. 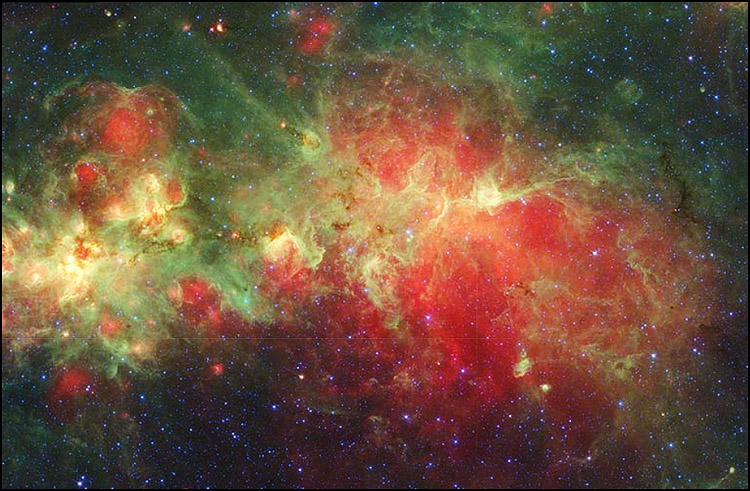 (map courtsy of Google, of course) 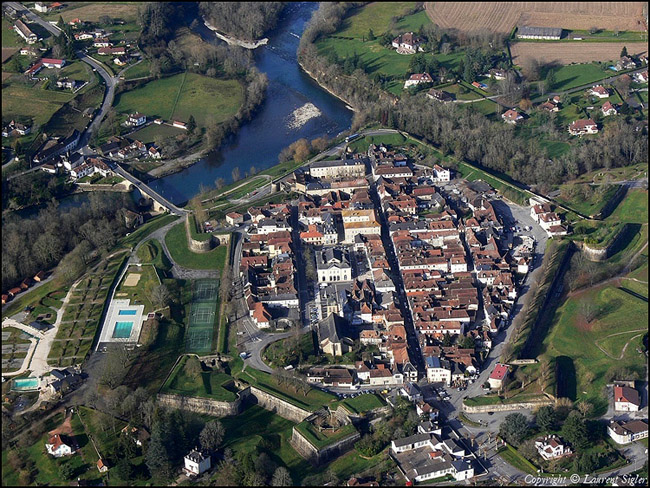 The tobacco is grown using Cuban seeds, and the cigars are rolled by French rollers who were taught by their counterparts from Cuba…In fact, one of the owners of the brand, Noel Labourdette, “poached” two women rollers — named Greta and Maury — from a Havana factory. 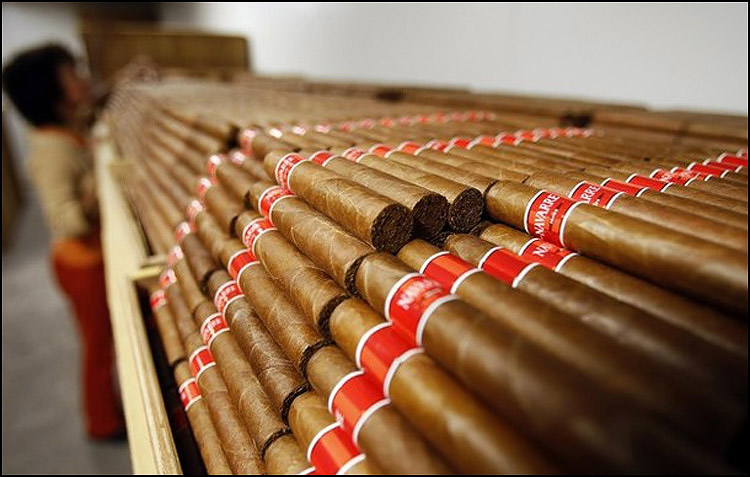 In 2005, Labourdettehad this to say about starting the brand:

“When I saw Frenchmen were producing caviar, a lightbulb went on upstairs — if they can do that, I can do cigars”… 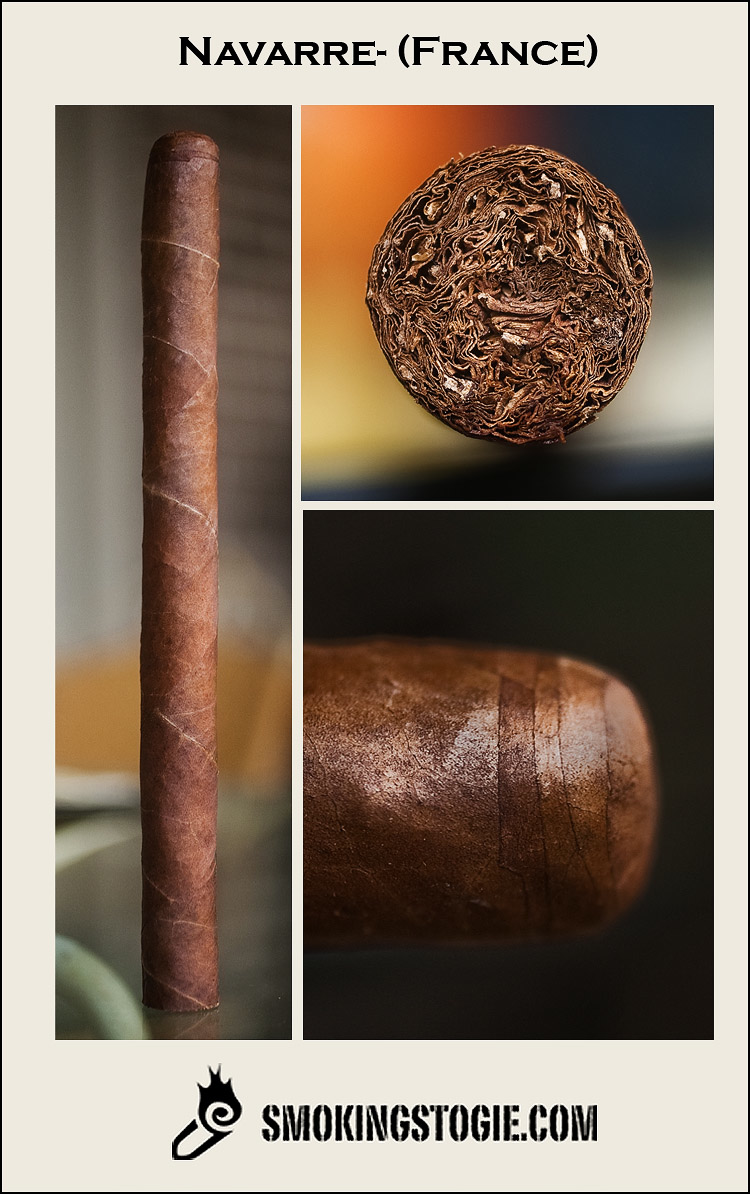 When I said this cigar was huge, I was not kidding. I could hold it in both hands easily, and still have room left over. In fact, to give you an idea of it’s size, here is a photo of it next to a Por Larrañaga Los Andes: 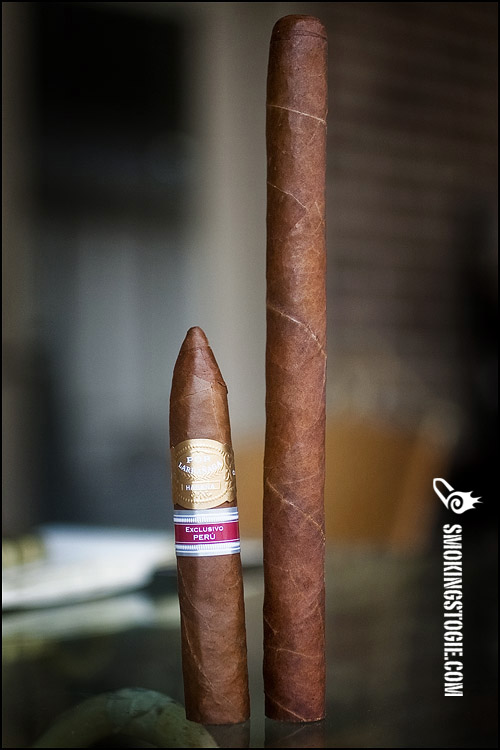 The cigar has a cinnamon brown wrapper and has many obvious veins running down the length of it. In fact, I have seen few cigars that have such prominent veins. The wrapper is fairly leathery, but smooth, and smells of barnyard and hay. The first time I smelled it, I immediately thought “dry cow patties,” but I think barnyard is a more accurate description. It also has a great triple cap.

The cigar lights easily and I tasted a bit of spice up front, along with a sweet leather and hay. I was expecting some cedar, but did not taste any at all. The spice was a constant background note throughout the first third. I also had to touch it up many times during the first third.

The second third started with the spice picking up a bit, lots of leather, although not as sweet, and another flavor that stumped me at first, but I finally identified as a potato: starchy and dry. A very interesting note that stayed around a while, but when it was gone, it did not come back. The burn was not as bad as the first third, but still sub-par. 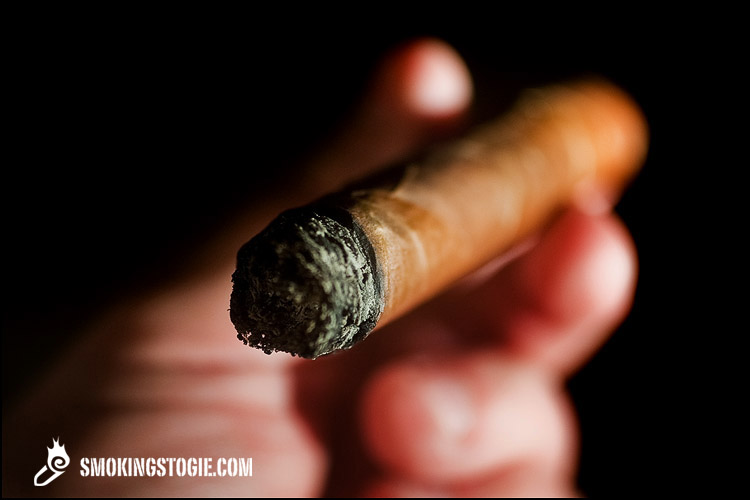 During the last third, the potato flavor disappeared, but the spice level remained about the same. The leather note came back with a vengeance, and underneath was flavors of nuts and wood, but not cedar. It got hot at the end, which did not surprise me, but I was able to get it close to the nub before tossing it. 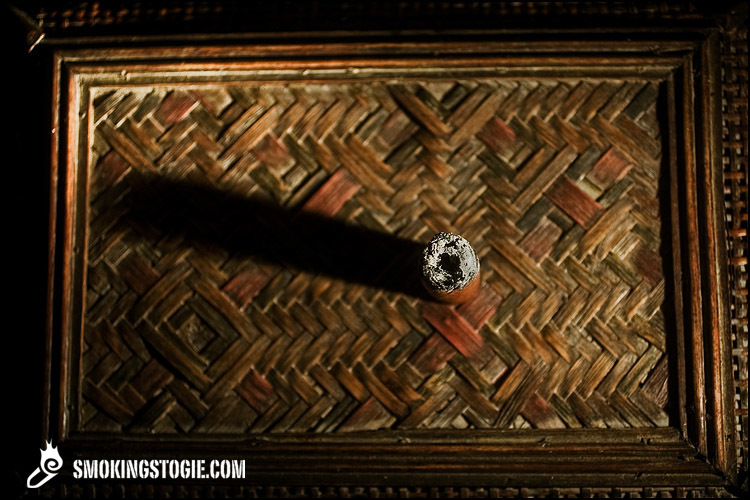 This was an interesting cigar for being what it was, but in terms of taste and flavors, it was just an average-good cigar. Since I smoked it blind, I felt it was Cuban tobacco of some sort, as it had quite a few of the same characteristics, albeit with a few notes that I had not tasted in Cubans before, and now I know why. The burn was, frankly, horrible, and while it did not seem to affect the flavor of the cigar, it was not a fun time fixing it for three hours.