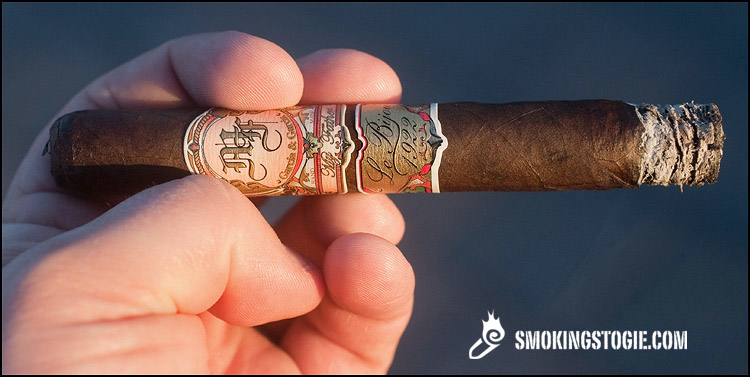 In 2007, Al, owner of Puff ‘N’ Stuff in Decatur, Ga. commissioned the García Family to produce a 100 boxes of a specific cigar (in this case, a 7 x 42 Lancero) for his store. The 100 boxes of 20 cigars each were hand-numbered and, much like the WCD 120, these were such a limited release and sold out so quickly when they were released, very few people even know they exist.

The Lanceros were released again in 2008, this time with 150 boxes sold, but about 50 boxes from that release were sent back to Pepín García and replaced after he decided he was not happy with the draw coming from them.

At the end of April of 2011, Al announced that he had been in talks with Jamie García to produce another special edition, this time in the Le Bijou line. Al decided that he wanted the vitola to be a classic corona gorda, 5 5/8 x 46, which also just happened to not exist in the Le Bijou lineup. Al worked very closely with Jaime and the García family, tweaking the blend several times until he was perfectly happy with the result.

I wanted to add everything that I felt was left out of Their Company 2010 Special Edition. More body and less expensive…The cigar is brilliant…we toned it down a bit (from early samples)…it was a bit too full. So we added a hair more spice and a bit less tar. The final blend is one of the best cigars I’ve ever had. The blend is very similar to the original Tatuaje Brown in strength now. This cigar came about from literally hundreds of conversations with serious cigar smokers. The feedback I kept getting was fuller with more spice. So Jamie and I got together and first we tried a JG in Corona and the blend just wasn’t what I felt you guys were asking for. So we went through a couple of different tweaks on the original MFLB until we found a perfect mix of more intense flavors.

There were only 300 boxes of 23 cigars produced—50 more boxes than the former Puff ‘N’ Stuff release, which only had 250 boxes, albeit over two years—and each is individually numbered and signed by Jamie García. The price of the cigars is $8.26 each, with a box of 23 priced at $190. 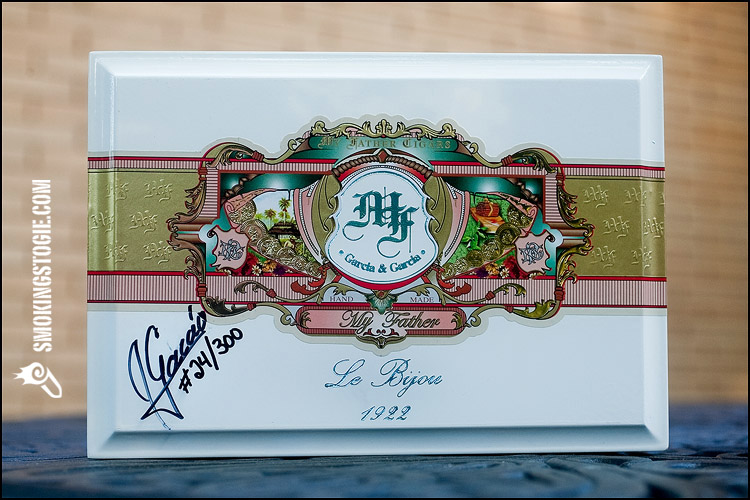 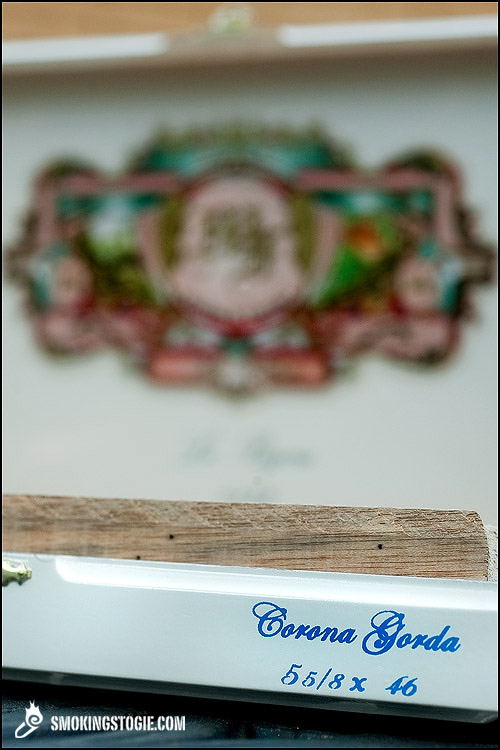 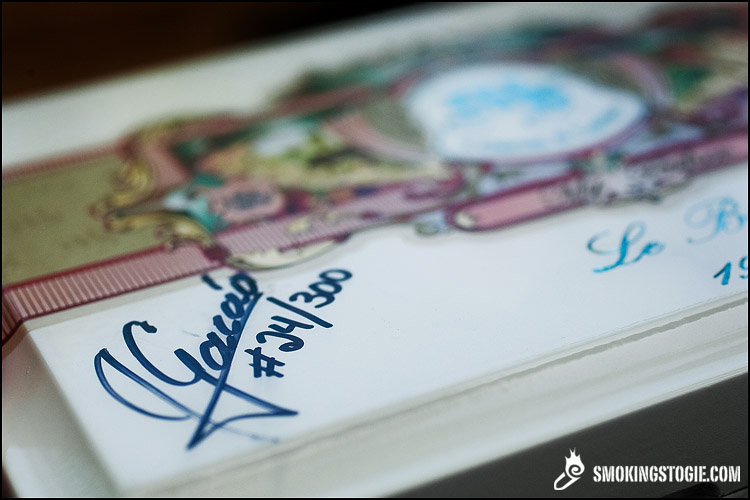 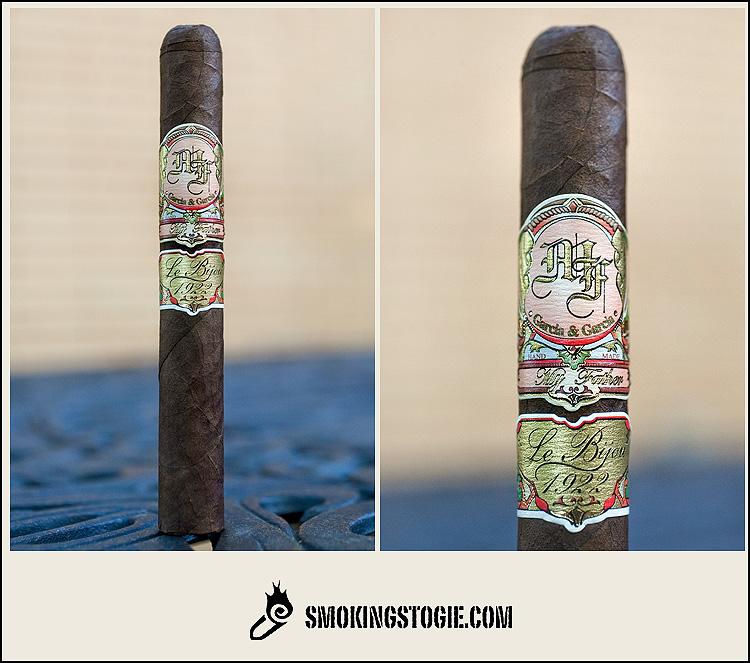 The cigar is a wonderful vitola and looks very well constructed with a very dark espresso brown wrapper that has a bit of oil, and smells strongly of dark chocolate, espresso, leather and pepper. It is rock hard when squeezed, with almost no give at all. The cigar is small enough that the two bands take up about a third of the total length. The cold draw notes include a strong fruity flavor, berry, along with cedar and pepper.

The first third fairly blasts you with a strong black pepper, to the point that it really makes you stand up and take notice. For the first 25 puffs or so, the pepper obliterates any other flavor with its strength, however, after those 25 puffs, the pepper starts to recede enough to taste other flavors, like wood, slightly biter espresso, and leather. The pepper continues to weaken as the cigar is smoked, albeit slowly.

The second third has the black pepper still in the profile, but nowhere near as strong and it continues to fade. Flavors switch to more creamy coffee while retaining the leather and wood from the first third. There is also a hint of sweetness that I could not identify that creeps in and out. By the end of the second third, the pepper is relegated to a background note. At the very end of the third, the strength picks up quite a bit as well, although at this point, it is still firmly in the medium range. 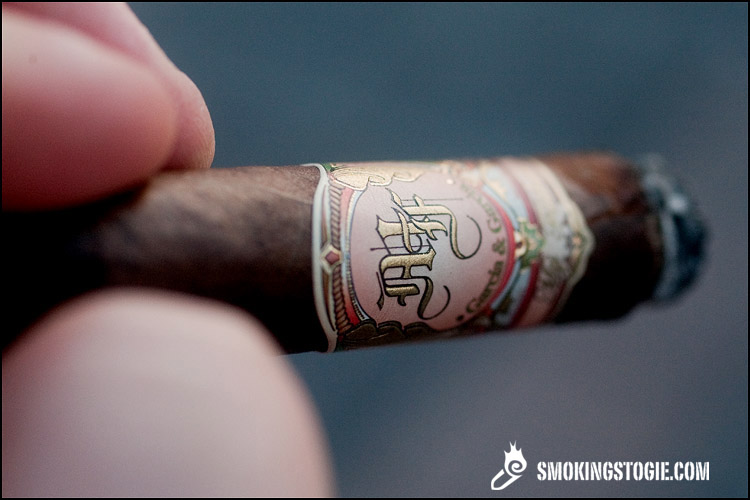 The final third switches profiles again, with a strong, distinct fruits flavor. I write down cherry, but it could be raspberry as well, whatever it is, it is sweet. Still creamy as well, however, the strength of the cigar increased towards the end of the cigar in a major way, until it is firmly in the “full plus” category. Be warned, this cigar packs quite a punch at the end of the smoke. I have made no secret of the fact that I loved the first Puff 'N' Stuff release, not only because it is a great cigar, but because it was such a departure from the normal profile of the line, in that case, the Don Pepin Garcia Blue line. Well, I am happy to report that Al—and the Garcías, of course—have done it again with the Puff 'N' Stuff Le Bijou Corona Gorda. They have taken pretty much every negative I had with the Le Bijou line—boring, boring and more boring—and made a hell of a cigar out of it. This cigar is strong, consistently complex and the perfect vitola, for me at least, since I love corona gordas. Throw in the fact that it should age very well, I have a feeling people will be kicking themselves for missing this release after a few years.